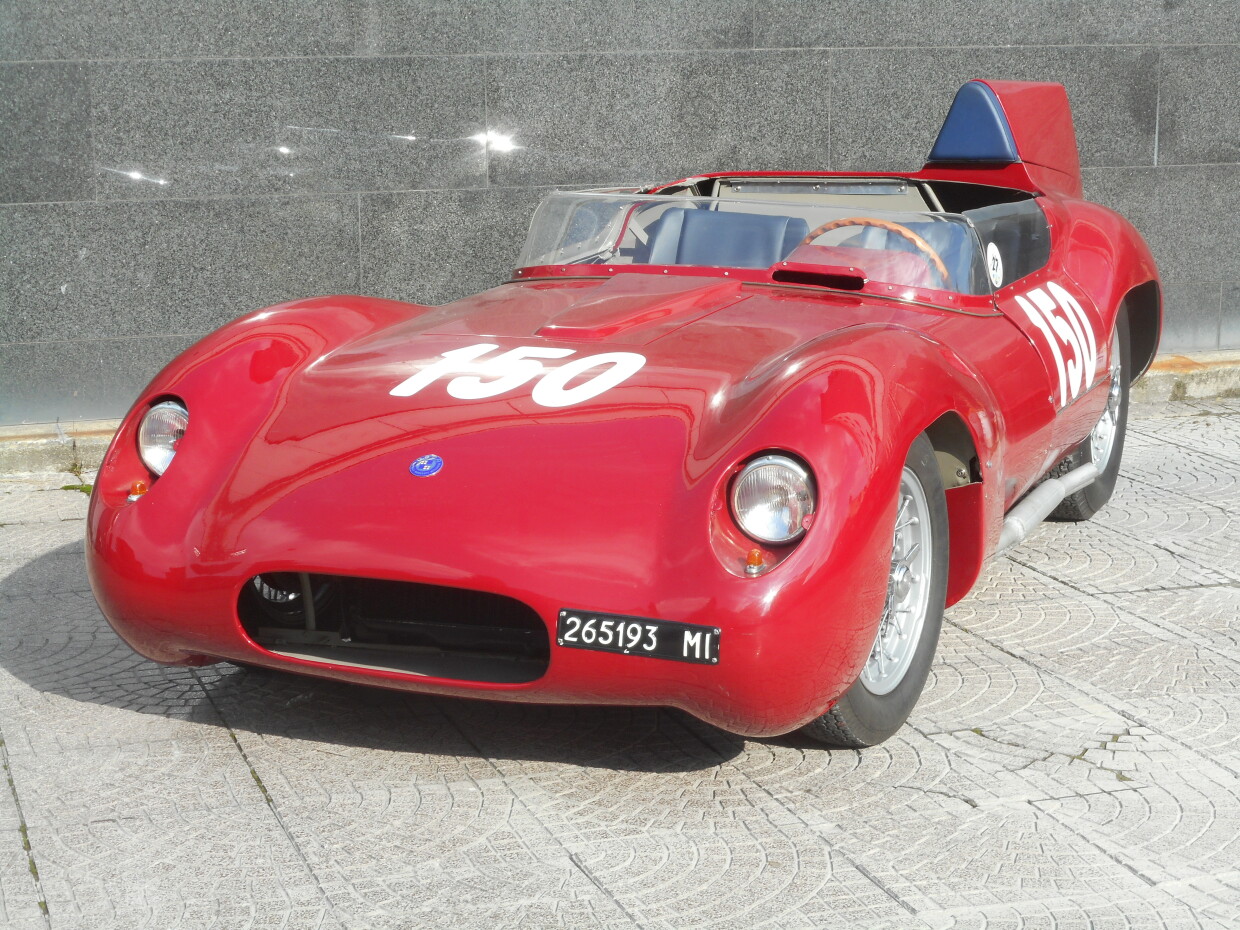 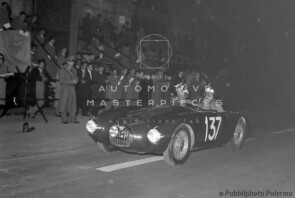 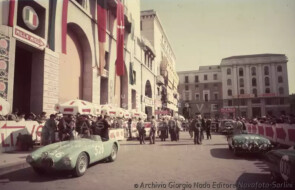 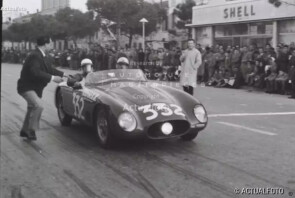 1954 O.S.C.A. Foglietti Valentini MT4-2AD, chassis n°1144 is a one-off. It’s equipped with the original matching number O.S.C.A. DOHC 1100 engine (n°1127). Started as “standard” MT4 by Morelli, it was first modified by the specialist Ernesto Foglietti in the front. Later, Foglietti with the engineer Giorgio Valentini modified the chassis in the rear axle and suspension: trailing arms instead of leafsprings. The body, designed differently from the other MT4s (with a Lotus flavor) was entirely in aluminum, the bottom consisted of a single shaped aluminum sheet. In the front part, Mr. Valentini realized, with aerodynamic function, two profiles that partially covered the front wheels so that the outflow of the air was conveyed. The exhaust pipes ran along the lower left side. In addition, the car was equipped with a long rear fin following the headrest. 1144 was owned and raced in 1954 by the racing driver Umberto Bini, it was 1st in class that year at the Gran Premio di Napoli, Coppa d’Oro delle Dolomiti and Circuito di Reggio Calabria. In the hands of owner-driver Carlo Monzino the following year it ran the 1955 Mille Miglia, with the owner-driver Rinaldo Masperi ran the 1956 and 1957 Mille Miglia. The career of this car was full of satisfactions and long lasting. For 1963, its last year in competitions, to meet the new rules of the sport category, its displacement was (temporarily) reduced to 1000 cc.