All engaged in various capacities and involvement in historical research. The main team coordinates a much wider team of external collaborators, interns, researchers. 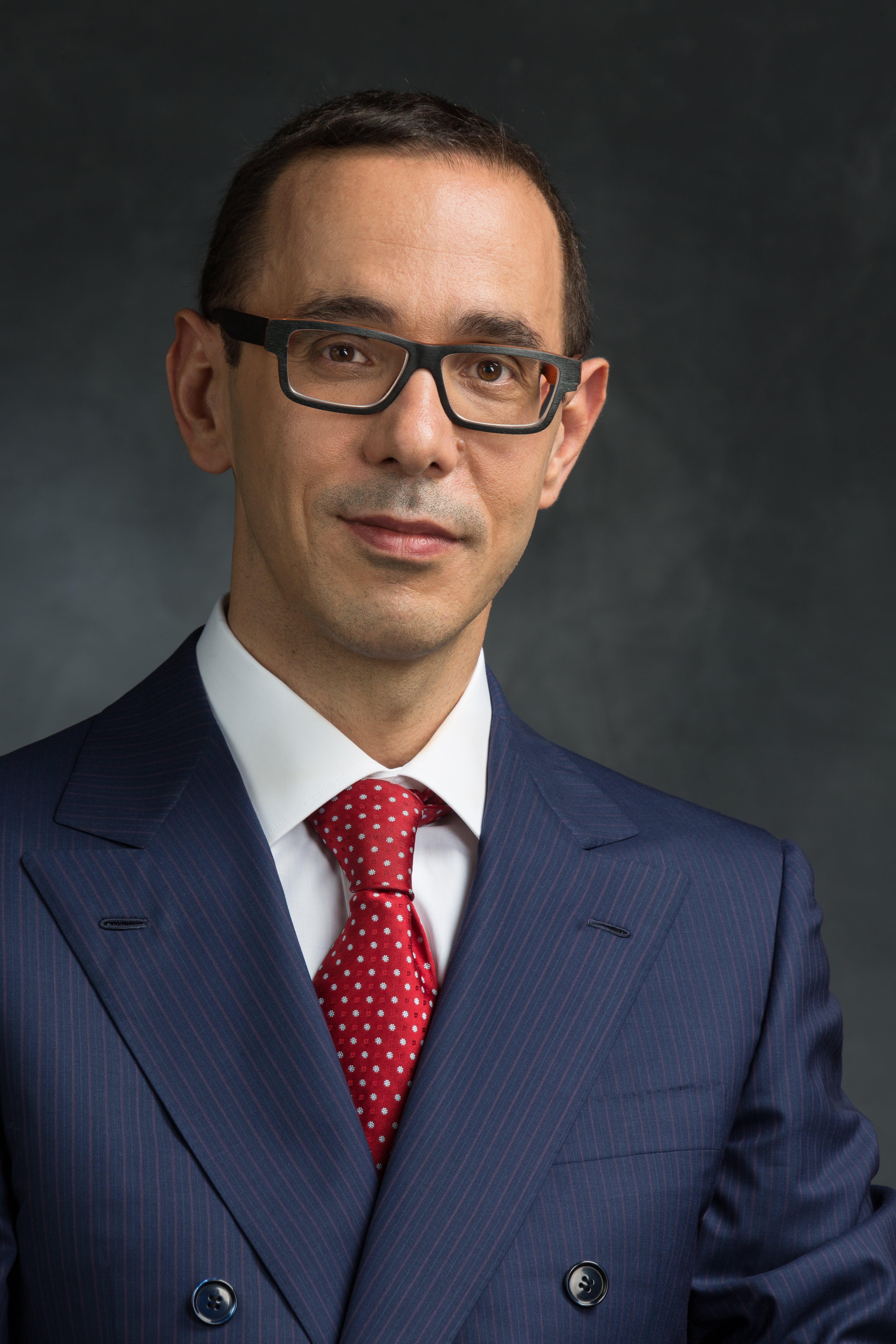 Born in 1975, he has since childhood lived and breathed cars. He started his career in the ‘90s when, despite his youth, he began organising prestigious events for International Car Registers and Clubs, such as the Registro Internazionale Touring Superleggera and the Zagato Car Club. Later, he founded and was president of MAC Group; the company which promoted and organised the Coppa Milano Sanremo and was responsible for the Italian launch of new cars such as the MINI and various models of BMW and Mercedes-Benz. Between 2008 and 2012 he was general secretary and President of A.T.I. for the Mille Miglia regularity race and was also general secretary of the Targa Florio. Organiser of the “uniques special ones” Concourse d'Elegance in Florence and St. Petersburg from 2010 to 2013. In 2014 he founded and took on the role of general coordinator of the AUTOMOTIVE MASTERPIECES exhibitions lab. A professional car historian, he has always been fascinated with rare cars. Tireless and curious visitor to garages and collections that he reaches behind the wheel of either a Jaguar or a classic Daimler Double Six. His link with the Mille Miglia remains very strong: he was curator of the commemorative exhibition for the 90th anniversary of the Mille Miglia at the Museo Mille Miglia in Brescia and is the author of a (developing) series of high quality books dedicated to the cars that ran the “red arrow”entitled: the Mille Miglia's Chassis books. His activity as a consultant is also important, including historical research and consultancy for vehicle restoration; sales and acquisitions, both in private sales and through his role as Head of the Automotive Department of the Finarte auction house. His core activity is, however, the AUTOMOTIVE MASTERPIECES exhibitions lab project, where he can simultaneously contribute to and indulge his passion for rare cars and historical research. His latest work in progress project is a wide-ranging museum project based on TAG technology: Global Automotive Tagging. 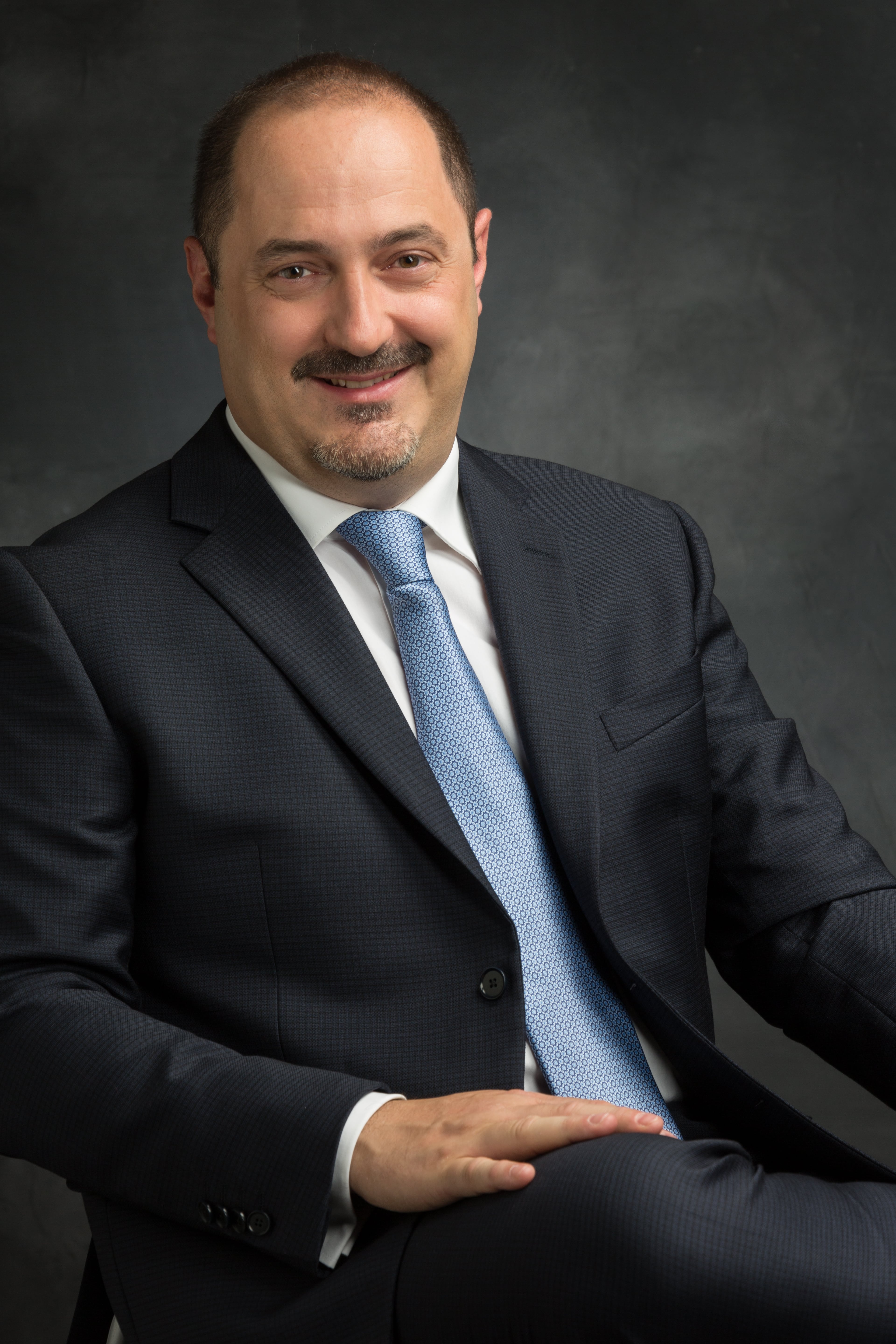 Always fascinated by logistics and organization, he has worked extensively in this field working in symbiosis with his brother Sandro. If Sandro represents the creative aspect, Paolo, a year older, is the one able to make things work. The epitomy of a problem solver whether the field is “real” or digital. Together they have been organizing exhibitions and vintage car rallies for major automotive brands and body shops since the 90s, including the first events organized on behalf of the Touring Superleggera International Registry and the Zagato Registry. He has also carried out consultancy activity, and was a forerunner in the digitalization of the organization (starting with the use of forms) of exhibitions, events and marketing strategies for automotive brands. From 2008 to 2012 he was CEO of ATI and Vice President of the Organizing Committee of the Mille Miglia, responsible for organizing all aspects of the race. Particularly skilled in managing and optimizing teams, he has co-ordinated events involving more than 500 members of the staff. He continued to develop systems for simplifying and digitizing payment, registration and administrative procedures in general, always ahead of their time. He was president of the organizing committee of the Targa Florio. He believes in making the automotive heritage digitally accessible, to foster the exchange of ideas and knowledge and sees his job as to digitize information such as, bibliography and archives and to improve their usability through databases. He designs complex computer systems, working to promote the automotive heritage through the implementation of the Automotive Masterpieces website. In Automotive Masterpieces his current role is that of Digital Agenda Manager. He also undertakes research work, in particular regarding the technical aspects. Since 2018 he has also collaborated with the Automotive Department of the Finarte Auction House. 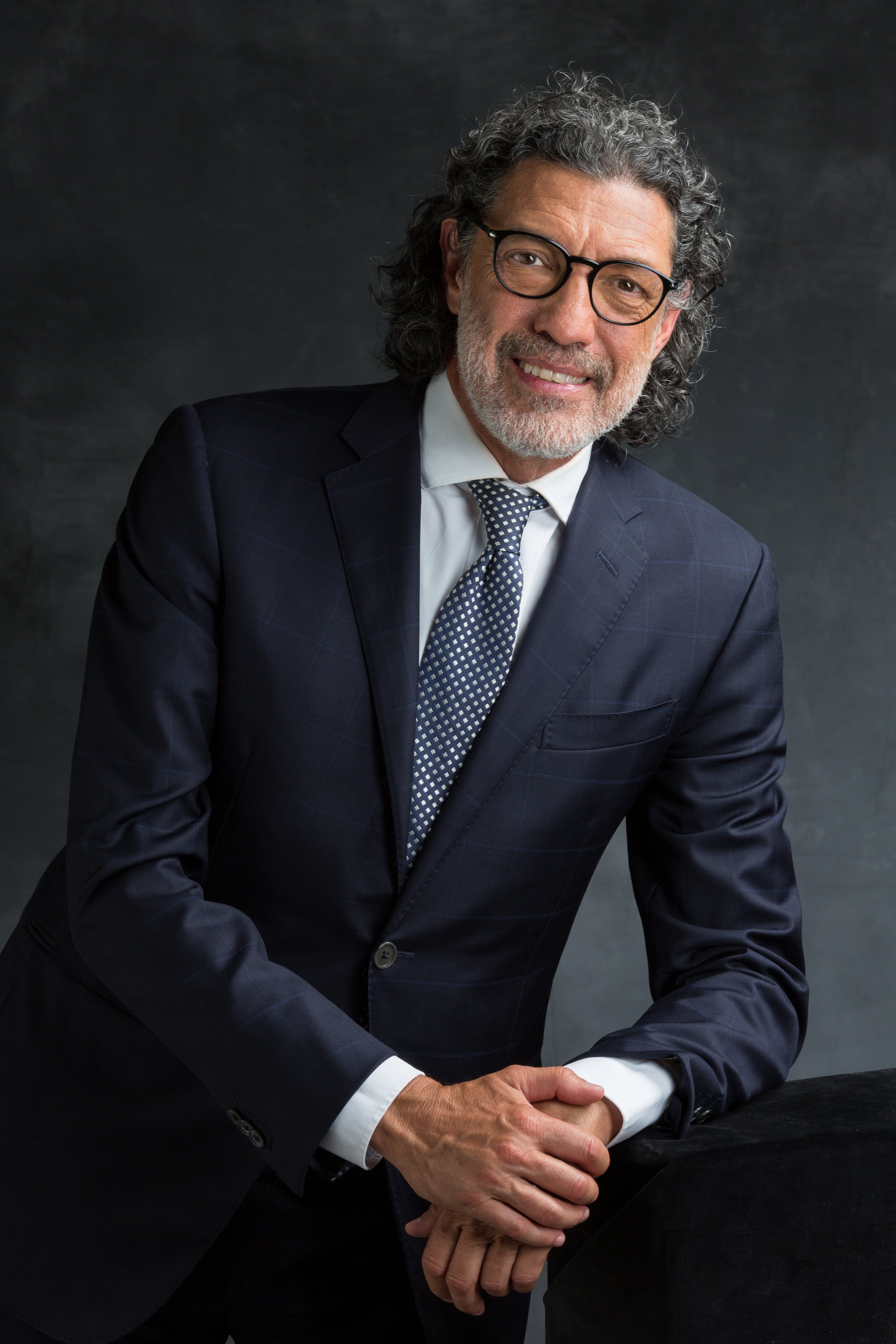 Marco Gandino's career started and flourished far from the world of vintage cars: he is, in fact, a senior manager in the world of finance, banking and insurance services specializing in the management of agency networks, he was President of Byyou spa (UBI group BANK) and is today Chief Executive Officer of WeUnit Group spa (FC Group spa). But what brings him to us is his passion as a collector, active in the world of vintage motor sports. Passion for cars is part of his DNA. He began his automotive sports experience in 1984 participating in off-road races and becoming the Italian FIF (Italian Off-road Federation) Trial Champion as navigator. He also achieved placings and excellent results as a driver, but in 1990 he temporarily gave up his active role in the sport. After some years of inactivity however, his never dormant passion re-emerged and he embraced the world of "Historic" cars. In 2004 he resumed his competitive activityspecializing in "regularity races for historic cars". Marco continued over the years to participate in the most important races, including the Mille Miglia several times, with high-level placings. It is inevitable that sharing a common dream it would eventually become reality. This dream was the “Classicteam”, a team that he, together with some other enthusiasts, founded in 2010. The placings were ever more often victories and he repeatedly won the national grouping title. In 2017 he changed specialty and moved to the newly formed CIRM – “Campionato Italiano Regolarità a Media”, continuing to reap victories. In 2018 he was the Italian champion of the category and in 2019 he came second overall, boasting participation in international competitions such as the rallies of Montecarlo, Costa Brava and Trophée des Alpes. In 2020, due to the pandemic, the activity slowed but resumed in full the following year, always at the top of the rankings. He left the “Scuderia” he had founded to face a new challenge. With a group of friends, he played an active part in the rebirth of the “Scuderia del Grifone", in which he is both a member of the board and Team Manager. He had known the Binelli brothers since the 90s through club rallies, then Mille Miglia and Coppa Milano Sanremo; from this long friendship, the desire to collaborate on a project emerged. In addition to his commitment to the world of financial services, in 2014, his passion led him to create with Sandro and Paolo Binelli, Automotive Masterpeces srl where he holds the position of Sole Director. However, his managerial position does not prevent him from participating in the historical research work of the team where he brings his experience, his contacts and his passion. From April 2021 he also joined the staff of the Automotive department of Finarte, with the role of Senior Car Specialist. 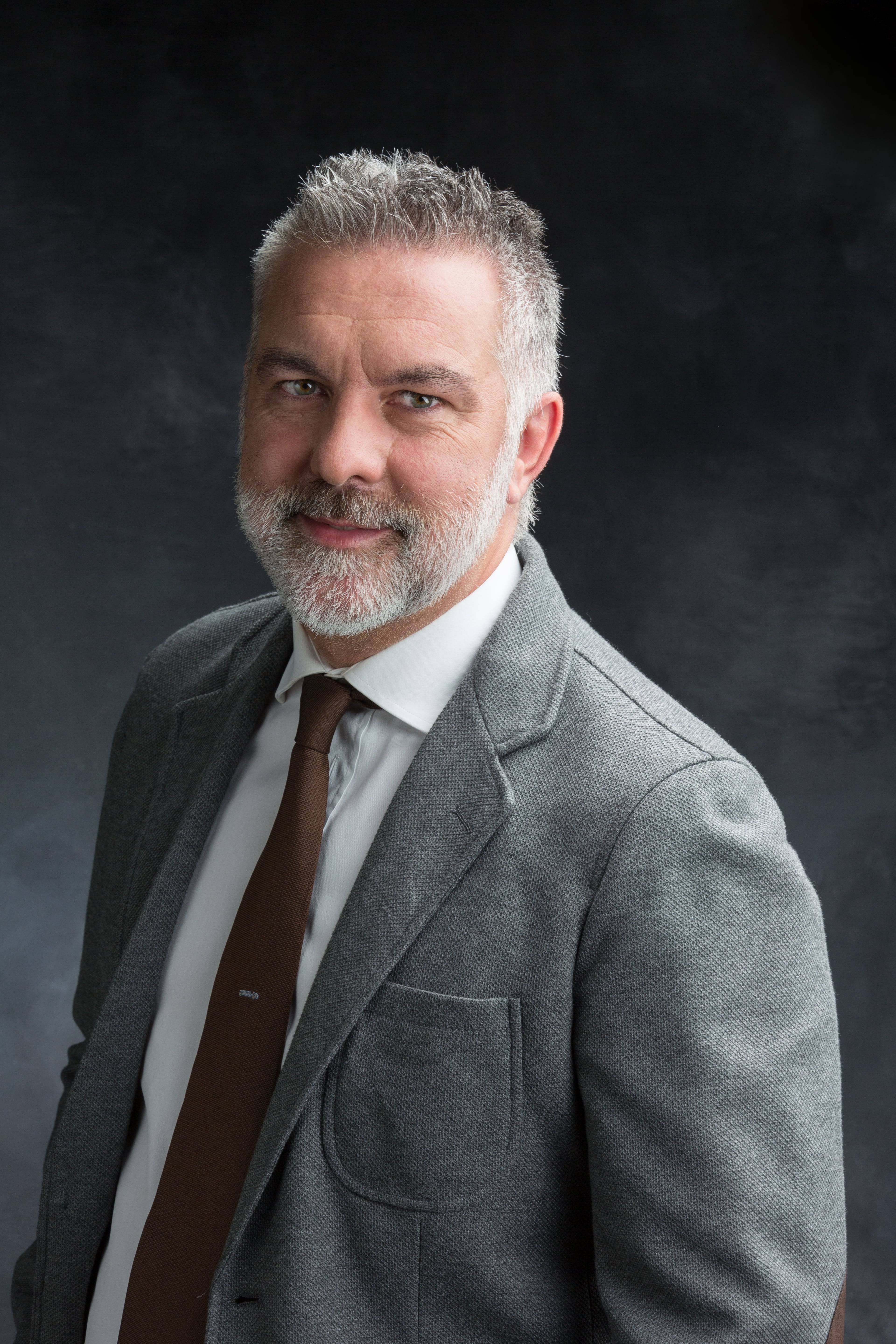 Born in 1973, he has, since the foundation of Automotive Masterpieces in 2014, brought his experience, passion and knowledge to the company. Experience and knowledge acquired through a path of continuous growth, which began at a young age in the fields of both collecting and more generally in the “motoring” world. He is a “born” collector and, still today, continues to take an intense interest in many fields, such as comics from the so called “Golden” and “Silver” age, 70s-80s rock music, vintage Star Wars toys, cinema and its posters and, of course, “automobilia” in all its many facets. But it is the automotive environment that saw the development of his career, while still a student, he could be found collaborating in the workshops of some well-known rally teams and also at local car rallies, with the help of a group of then young friends and fellow students today leading Automotive Masterpieces.
MAC Events was created from a close-knit group, later MAC Group, in which he held the role of Marketing Director for almost 15 years. In this period he developed multiple events for clients such as Alfa Romeo, BMW, MINI, Mercedes-Benz in addition to organizing others such as Coppa Milano-Sanremo, Mille Miglia, Targa Florio and the so called “unique special ones”. In Automotive Masterpieces his main role is as head of historical research, giving free rein to his vocation as a researcher in Italian and foreign photo-documentary archives. As well as filling the role of Marketing Manager, he also coordinates the development of the company's editorial projects, such as the Mille Miglia's Chassis series and private projects on behalf of enthusiasts who wish to immortalize their automotive works of art in highly regarded & prestigious publications. 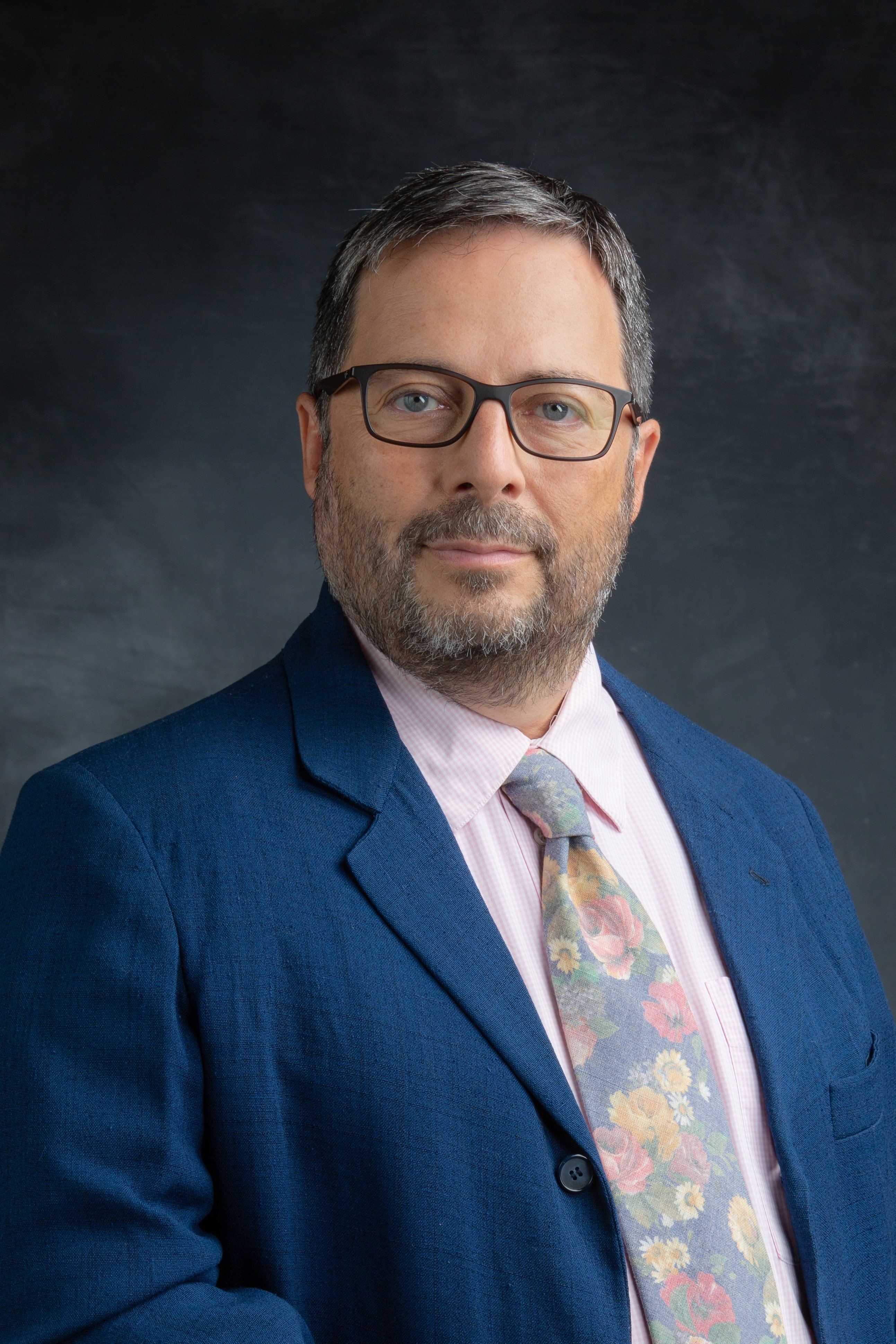 Born in 1967. He graduated with an honors degree in Literature, including a thesis on "cars as vehicles and as symbols in the new American cinema". His interests include writing, music, entertainment and, of course, cars. In 1990 he was selected for a driving course at the Porsche Italia driving school, obtaining admission to the specialist "super-course" for instructors or professional racing drivers. However, having to choose between racing and writing, he chose, for various reasons, to write. His first work, as an author, was the captions to the photographic book "Harley-Davidson" by Brancaccio and Cabassi, 1991. In 1996 he founded (together with Alex Bruschi) the magazine "Route 66", dedicated to vintage American cars and in April 2008, his first book (based on his graduate thesis) was published by Le Mani: entitled "Automobili e film". Until 2008 he drafted texts (editorials, press releases, etc.) for BRT Motorsport. He was, for two years in a row, a speaker at the international conference "From Ulisse to ...", for the DAMS Imperia/University of Genoa; the theme in both cases being cars and cinema. From May 2014 to July 2015: he collaborated with Rosso Corsa Italia, specialists in spare parts for and vehicle restoration of Lancia Fulvia. He role combined logistics, market research to find particular pieces, relations with foreign customers and in consulting on cars. In July 2016 he prepared a text for a paper supporting the proposal to add Ford’s Piquette factory building, Detroit, to the UNESCO list of "World Heritage". Subject: the Ford model T.
In 2017 he began his collaboration with Automotive Masterpieces, joining the company shortly thereafter. Like the other members of the team, he collaborates in the research work, but also finalizes the published texts. His aim is always to write. His, are the captions and texts written for our books & websites, as well as the descriptions of the cars in the Finarte catalogs, a company with whom Automotive Masterpieces collaborates closely. He is also responsible for all press communication, mailings, certain data entry and, in particular, for the technical details of the cars listed on the site. 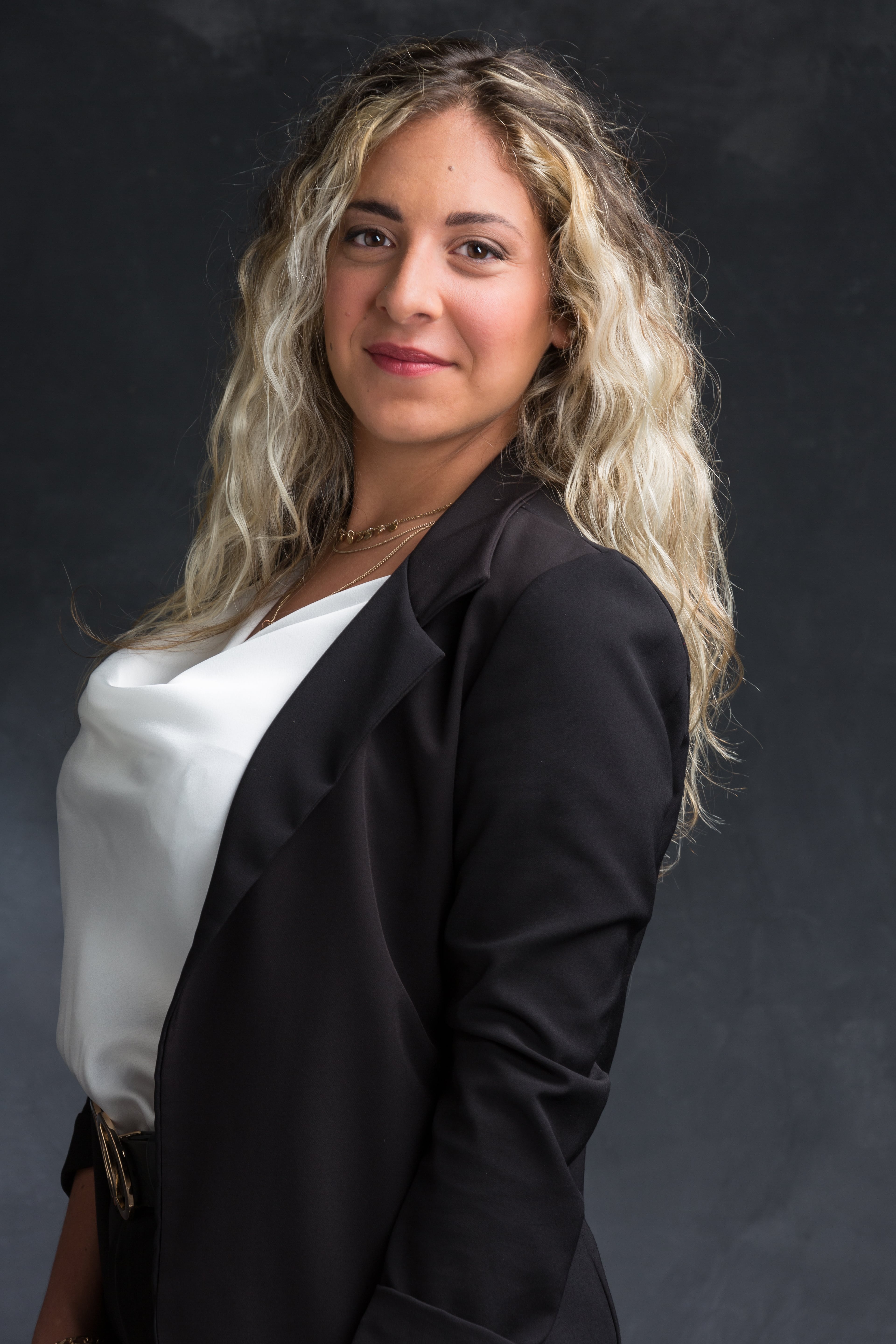 Désirée is the most recent addition to the Automotive Masterpieces team and is, by far, its youngest member. She was born in 1999 and, after graduating with a her highschool diploma in tourism, she worked for a short time in that sector before finding her true vocation. Instead of working with tourists, she now cultivates her passion for history and the history of art, though whenever she has the time she loves to travel, go to festivals and concerts of various kinds. She arrived in Automotive Masterpieces in September 2019 as an archivist and today she takes care of the management of the photos acquired from various sources worldwide, including those uncovered by our research and those from previous owners. Her work concerning, as it does, the careful archiving of the valuable information that Automotive Masterpieces comes into possesion of, is one of great precision and considerable responsibility. She also takes care of the management of our presence on social media.
"Before arriving here" she says "cars were just a means of transport for me but slowly I began to learn that they can be considered symbols of history to be discovered."