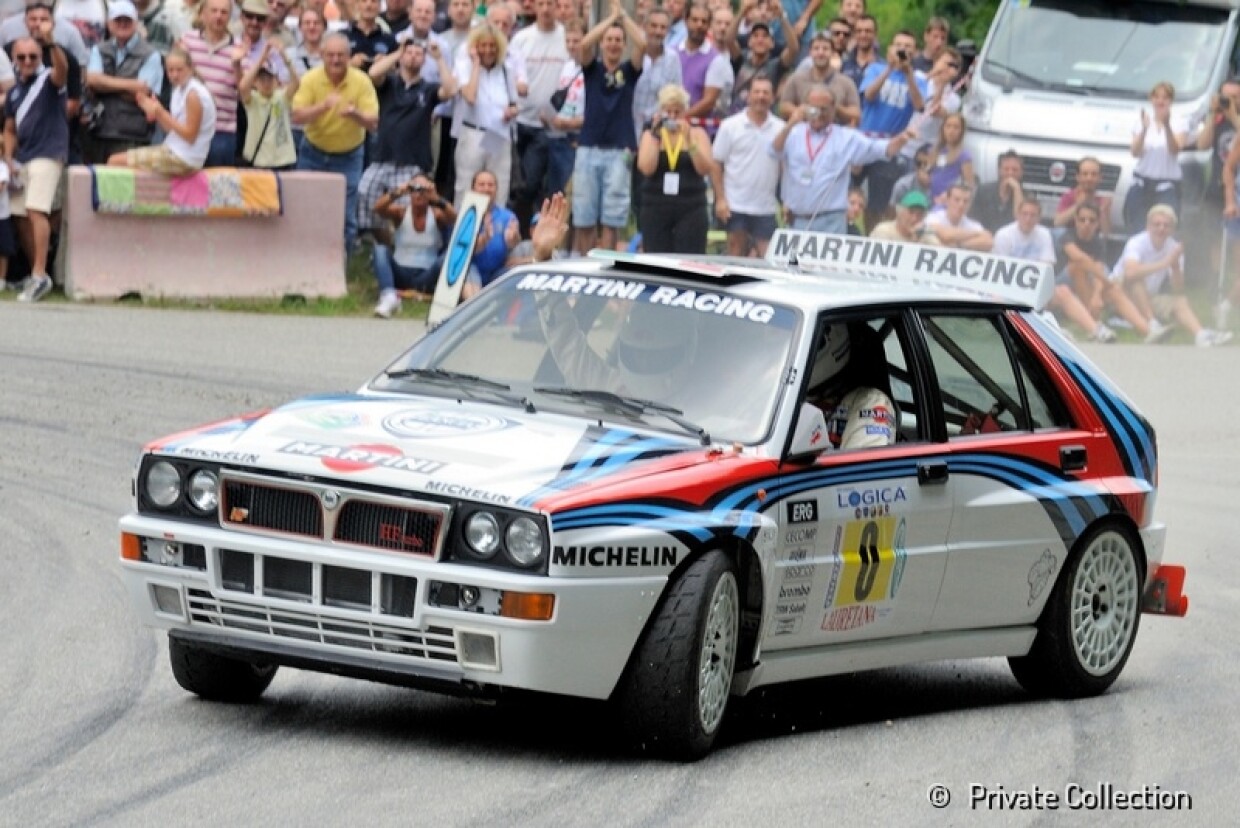 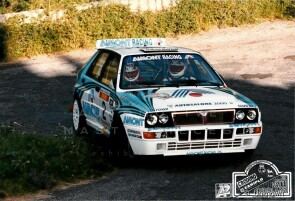 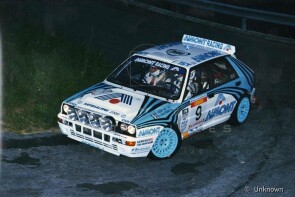 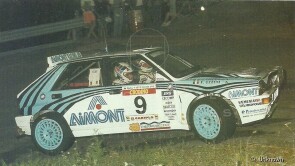 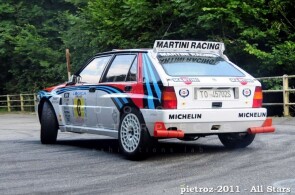 Share on
Owner Private collection
A lighter version made with slim metal in Martini livery. It raced the 1992 Rally Monte-Carlo (#11 Bugalski/Giraudet) and Tour de Corse (#12 Aghini/Farnocchia).

The Delta was first shown at the Frankfurt Motor Show in 1979. It was a front-drive five-door hatchback with a transverse engine, designed by Giorgetto Giugiaro and was voted the 1980 European Car of the Year.

In 1985 to return again competitive in the face of other automakers in the world rally championship, four-wheel drive was an absolute necessity and the Lancia 037, used until then in the races, was no longer competitive. Therefore, the Lancia-Abarth team led by engineer Lombardi gave birth to the Delta S4 (S = "supercharged", 4 = four-wheel drive), with the aim of winning in the group's international rally competitions B. The Lancia Delta S4 (Abarth SE 038) which the works team ran from the season-ending 1985 until the end of the 1986 season was a Group B race car designed and built specifically for rallying, and was entirely different from the mass-produced consumer versions. When Group B cars were banned from competition and Group A was imposed on rallying in 1987, the world’s leading manufacturers had to develop new cars. A minimum of 5000 examples had to be built before a car could go rallying. For this new category, Lancia developed the four-wheel-drive Delta HF 4x4, a car which started with a victory in January 1987 and which was still dominant in 1992, its sixth consecutive season. Lancia won the World Rally Championship for Makes in every one of those years - 1987 to 1992. The Delta HF 4WD (Abarth SE 043), with its two-litre turbocharged engine and four-wheel-drive, was clearly a more suitable Group A rally car than its rivals. The Delta HF Integrale 8-valve (Abarth SE 044) was launched in October 1987. With flared wheelarches, larger wheels, larger brakes and an engine intercooler, it was speedily homologated in March 1988 after the factory had churned out a further 5000 cars. The Delta HF Integrale 16-valve (Abarth SE 045), which had been launched in the spring of 1989, was then homologated in October 1989. The Lancia Delta HF Integrale is the car model which has won the most titles for Martini Racing. During the last part of the 1991 season, Lancia developed the Delta HF integrale "Evoluzione" (Abarth SE 050), sometimes nicknamed the "Deltona" or "Super Delta". This final evolution had wider wheel arches, more satisfactory suspension movement and handling and a new type of aerodynamic spoiler on the rear of the roof. It debutted on the 1992 Monte Carlo. At this point the ‘works’ team officially closed down, but the Jolly Club took over team cars, equipment and some ex-Abarth mechanics and enjoyed a great deal of support from the factory. Afterwards, the Jolly Club decided not to contest the final round of the series and withdrew, signalling the end of both the Delta's career as a top-line rally car and Lancia's involvement in the World Rally Championship. In total, the four evolutions of the Lancia Delta won 46 World Championship rallies, and Lancia’s run of six consecutive manufacturers’ titles remains a record.

Chassis 554894 is a December 1991 Lancia Delta HF Integrale (Evo 1) (Gruppo A). It was registered on the 14th January 1992 in Italy with registration plate TO45702S and Fiat Auto Spa was the first owner. Abarth was part of the FIAT group. It is a lighter version made with slim metal sheet by CECOMP and with various solutions in order to reduce the weight for asphalt races. CECOMP Spa (Centro Esperienze Costruzione Modelli e Prototipi) is an Italian automotive company established in 1978 by Giovanni Forneris and is based in La Loggia, Turin. The company specialises in developing prototypes and models for car manufacturers, at the time it prepared the official cars for the Lancia Abarth. This “Deltona” ran the 1992 Rally Monte-Carlo (#11 Bugalski/Giraudet – Team Jolly Club/Martini Racing). This car belongs to the latest version of the Delta which debuted gloriously winning with Dieter Auriol his first race valid for the World Rally Montecarlo 1992. Juha Kankkunen reached the third place while the young driver Philippe Bugalski, making his debut on car with four-wheel drive, finished in fifth place. After that it ran the 1992 Tour de Corse (#12 Aghini/Farnocchia - Team Jolly Club/Martini Racing) reaching the sixth place. In these cars also “called Evoluzione or Evo 1” the written Lancia and the Lancia logo were slightly reduced, while the Martini Racing colors were more evident.