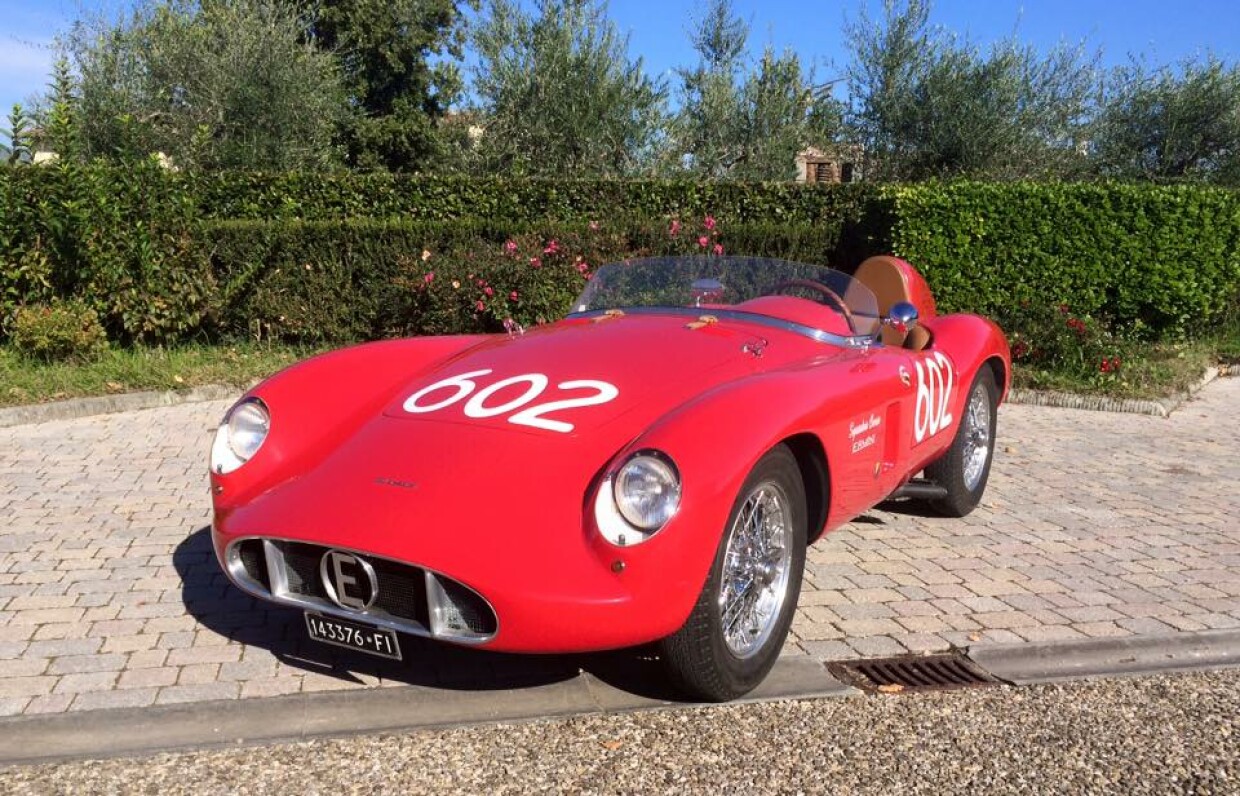 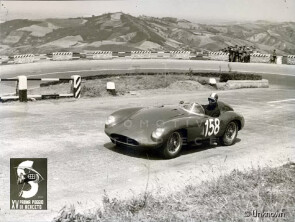 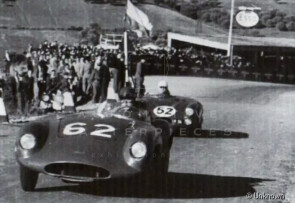 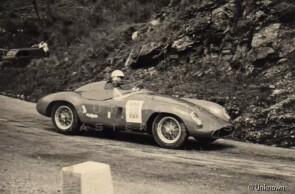 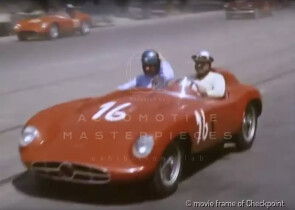 Share on
Owner Private collection
An Officine Ermini Firenze works car with a great racing career and the only Ermini 357 Sport born with 1500 engine. One of the three with body by Scaglietti.

16th January 1957 Checkpoint (UK) Checkpoint is a 1956 British movie. The genre can be defined as a noir, a crime or a drama, it was directed by Ralph Thomas and starring Anthony Steel, Odile Versois, Stanley Baker, and James Robertson Justice. The film was shot at Pinewood Studios in London with locations in Italy, including footage of the 1956 Mille Miglia. The 1555 appears in the race with the no. 16

The fierce competition of O.S.C.A. forced Ermini to design a new car again. In order to stay competitive with their opponents, the Florentine cars needed a refined and new concept frame to be used with the "dual ignition" head. This is why, in early 1953, Ermini officially commissioned Alberto Massimino to design an entire chassis, thus abandoning the Fiat machine members that had been used up to that time. The tubular frame was built by the Caiani company in Modena, while the new mechanical parts were built In-house according to Massimino's blueprints; it had an independent wheel front suspension system, formed by two overlapping triangles with a helical spring and hydraulic telescopic-coaxial shock absorbers. The rigid rear axle (with an aluminium differential housing) had "cantilevered” leaf springs and an ingenious thrust arm and torsion bar system. Since 1952 the cars of the Florentine constructor had been registered by the General Department of Motor Vehicles of Florence as Ermini (as the engine was entirely produced by the constructor). Only In 1955, and thanks to the new project, “AMFIAA" (National Automobile Industry) acknowledged Ermini as a car manufacturer, thereby allowing it to begin its own car registration numbering system. The first chassis of the "357" project, equipped with the new dual ignition engine, was presented at the Turin Motor Show in March 1954. 357 originally stood for the unit engine displacement of the 1430cc engine but was later used to identify all the cars that were built with the new chassis and dual ignition engine. The car, bodied by Frua in barchetta configuration, was completed only in the month of June. But the aerodynamic setup of the body-maker from Turin did not convince Ermini. As for the setup of the other remaining chassis, Ermini exploited Massimino's "ideas" and commissioned Scaglietti to design a sinuous and elegant aluminium body. Only three of the five Ermini chassis were bodied by Scaglietti, since Enzo Ferrari, who had an exclusive agreement with the body-maker from Modena, did not seem to be able to tolerate the competition of the small Florentine constructor in "his" own town. For this reason, the other two remaining chassis were bodied by the Morelli brothers from Ferrara, using Scaglietti's line. The sophisticated dual ignition solution, which Ermini had already started planning in the winter of 1951, was finally achieved. As for the 1955 season, the new Erminis 357 were the best any technology of that time could achieve, able to battle on equal terms with more experienced constructors. The 357 Scaglietti made its debut with a victory in the 1100 cc. class at the Torrlcelle Circuit. In that same year the rebirth of the Sport class up to 1500, induced Ermini to set up a 1500 engine for a class that promised to be very interesting and hard-fought. The backbone was represented by the aluminium engine block of the 1100 which, because of its size, could not be bored to more than 75 mm, thus forcing Ermini to increase the stroke to 81 millimetres for a total displacement of 1431cc. Despite the excellent performance of the new engine the constructor had to cope with his inexperience in the 1500 class, whereas the racing season in the 1100 class was, to say the least, thrilling. However, only one 1500cc engine was built. In fact. It was not as balanced as the 1100, which had an "oversquare" engine (higher revolutions per minute and more pickup) hence more reliable. Another dual ignition 1390cc engine was installed on the new 357 chassis, which was never bodied. As Ermini's health got worse, the spirit necessary for the development of the model "357" faded.

Chassis 1555 was an Officine Ermini Firenze works car and the only Ermini 357 1500 Sport. It ran several races from 1955 to 1962 with 1431cc and 1100cc engines. This car took part with Libero Bindi in the Mille Miglia, Gran Premio Supercortemaggiore, Circuito del Mugello and Parma-Poggio di Berceto; with Giovanni Buoncristiani in Targa Florio, Coppa della Consuma and Bologna San-Luca; with Roberto Dolfi in Coppa della Consuma and Vinci-San Baronto. At the end of 1955, Enrico Manzini's Ermini 357 Scaglietti was equipped with the 1500cc engine originally mounted on the chassis 1555 and was sold to an Italian-American, Tony Pompeo, who exported the car to the west coast of the United States.