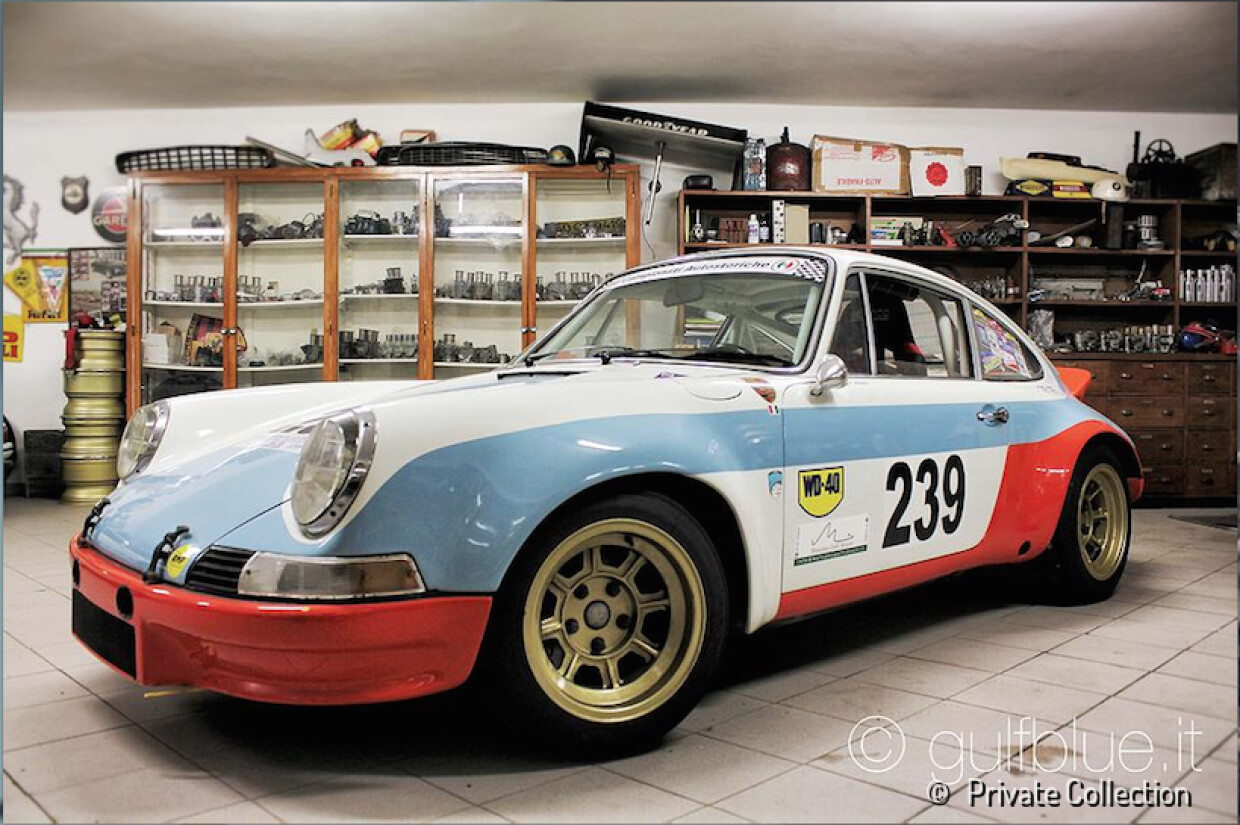 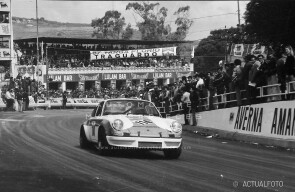 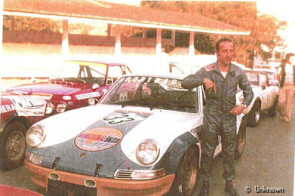 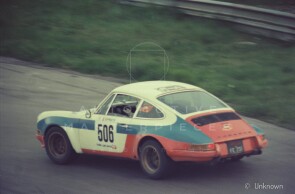 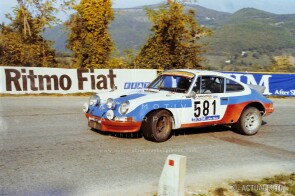 Share on
Owner Private collection
Born as a standard 911 S model, it was built by Sportwagen for racing purposes as S/T for Targa Florio 1973 - 1974. Huge palmares. Driven by Patamia and Govoni.

The Porsche 911 is a two-door, 2+2 high performance sports car made since 1963. At the IAA (Frankfurt Motor Show) in September 1963, Porsche presented its much more powerful, larger, more comfortable successor to the Porsche 356 as the 901. After 82 cars built and a dispute with Peugeot, Porsche renamed the 911 for its market launch in 1964. The styling was largely by Ferdinand "Butzi" Porsche, son of Ferdinand "Ferry" Porsche. Erwin Komenda, the leader of the Porsche car body construction department, was also involved in the design. Its air-cooled six-cylinder boxer engine (1991 cc) delivered 130 hp, giving it an impressive top speed of 131 mph. In 1966 Porsche presented the 160 hp 911 S (stands for Super), which was the first to feature forged alloy wheels from Fuchs. The 911 Targa, with its distinctive stainless steel roll bar, made its debut in late 1966 as the world's first ever safety cabriolet. The semiautomatic Sportomatic four-speed transmission joined the lineup in 1967. With the 911T of the same year, and the later E and S variants, Porsche became the first German manufacturer to comply with strict US exhaust emission control regulations. The Porsche 911 became more and more powerful as displacement increased, initially to 2.2 liters (1969) and later to 2.4 (1971). 911 S models also gained a discreet spoiler under the front bumper to improve high-speed stability. With the car's weight only 1050 kg (2315 lb), these are often regarded as the best classic mainstream 911s. For racing at this time, Porsche developed the S/T produced in limited numbers from 1970 to 1971, taking full advantage of new FIA rules allowing a two-inch wider track. Accordingly, wheel arches were widened to accommodate seven-inch front and nine-inch rear wheels. The cars were available with engines of either 2466 cc or 2492 cc, producing 270 PS (199 kW) at 8000 rpm. Weight was down to 960 kg (2166 lb). The 911 Carrera RS 2.7 of 1972 with 210 hp engine and weighing less than 1000 kg remains the epitome of a dream car to this day. Its characteristic “ducktail” was the world's first rear spoiler on a production vehicle. Introduced in 1973, the RSR was a factory-built racing car based on the 911 chassis.

The 911 has been modified by private teams and by the factory itself for racing, rallying, and other forms of automotive competition. It is among the most successful competition cars.

Chassis 119301155, built on March 1969, was originally a 2.2-litre B-Series Porsche 911 S, delivered new in Italy. This specimen was billed to Autogerma of Bologna in May 1969 and had color 6851 (Silvermetallic) with the interior in black leatherette. At the time it had the following options: Recaro-sportseats, colored windscreen and door windows, rear wiper, rear wondow fixed, colored, heatable. The third owner, the racing driver Salvatore Patania, bought this Porsche in 1972 and put the cars into the hands of Carlo Noce and his Sportwagen team in order to race the 1973 season in GTS class, using original Porsche components. In 1973 the car ran the Targa Florio and Trento-Bondone. In 1974 the driver Odoardo Govoni bought the car from Bartoli, updated by Sportwagen: the car mounted the fron oil cooler and the rear spoiler. The car attended the 1974 Targa Florio. Govoni raced with the car from 1974 to 1978, with the same livery (he just added an orange stripe under the doors and the rear wheel arches) just enlarging the rear wheel track. During the years, Govoni changed the 2500 engine with a 2700 racing in the >2000 and <3000 categories, always as a Gr.4 - GTS.