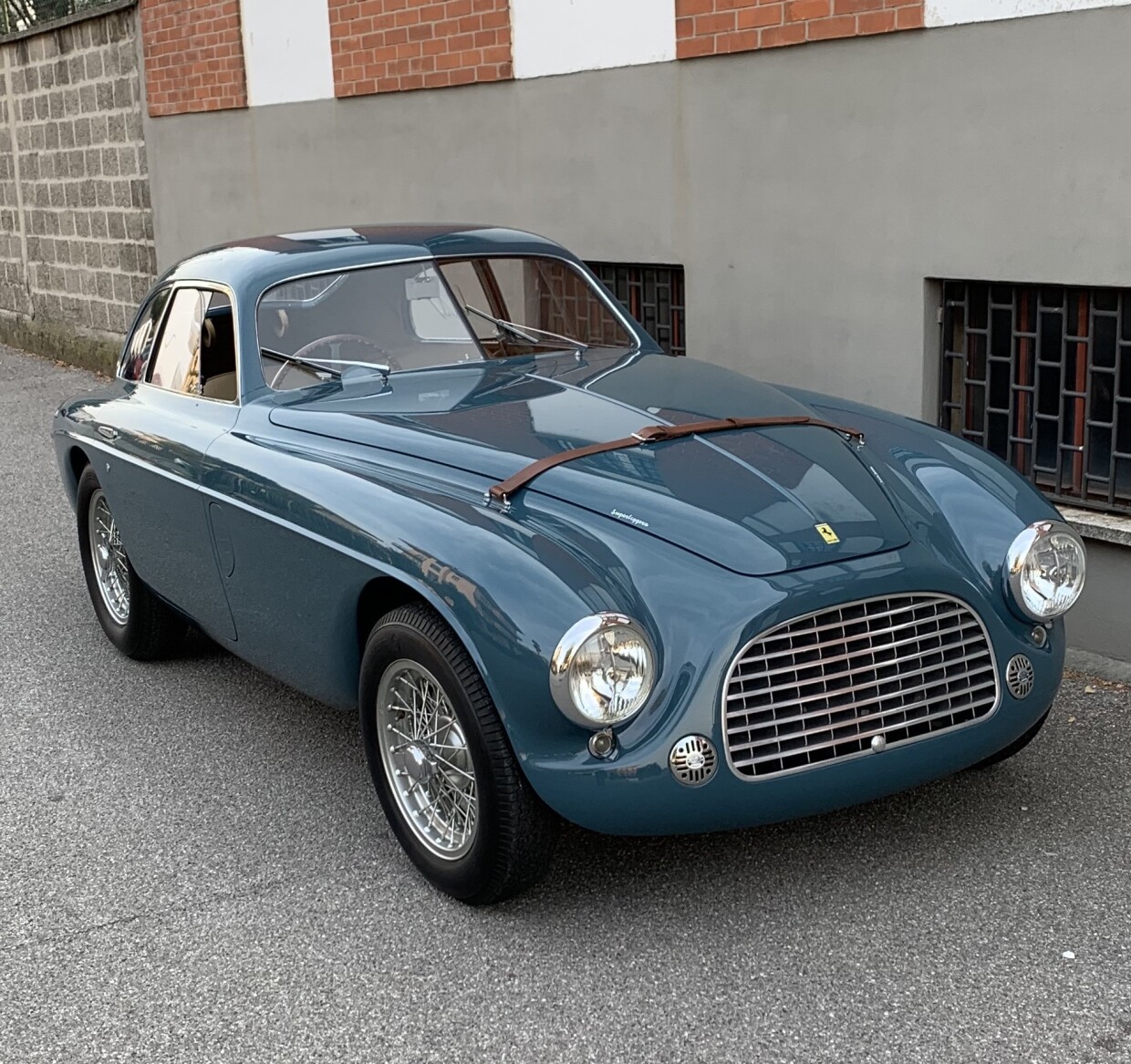 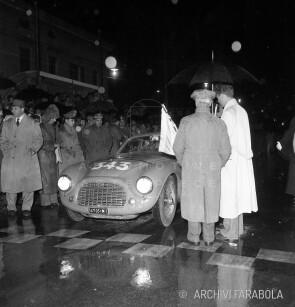 Share on
Owner Private collection
One of five Berlinettas manufactured by Carrozzeria Touring. One of two painted in this light blue color. Intense racing career. Three times at the Mille Miglia, in 1951, 1952, 1953.

The Ferrari 166 - the number assigned to a Ferrari model traditionally corresponds to the displacement of each cylinder - was the direct evolution of the first 125 (fitted with a 60° V12) from 1947. The engine of that early car, designed by Gioacchino Colombo, had first been transformed into the 159 and then into the 166, to reach the limit of the two litre class. To pay tribute to the first great success at the 1948 Mille Miglia, Ferrari upgraded the 166 Sport into the 166 MM. In 1953, an evolution was developed that brought the power to 160 hp and other improvements. These cars contributed more than any other previous model, scoring many of Ferrari's first international victories and made the company a great manufacturer of sports cars. All 166s sat on a dedicated tubular chassis designed by Ferrari but produced by the specialized Gilco in Italy. A total of 46 Ferrari 166 millemiglia were built in two series in both berlinetta and spider (barchetta) versions: 33 cars of the first series and 13 of the second from 1953. Most of them were bodied by Carrozzeria Touring. A few others were bodied by Allemano, Vignale and Zagato. One was completely revised by Abarth. One was built in-house in Ferrari and later refined at Carrozzeria Autodromo.

1950 Ferrari 166 millemiglia with chassis no. 0049/M is 1 of 5 Berlinettas manufactured by Carrozzeria Touring. The 166 millemiglia, as per brochure, is usually known as “166 Berlinetta Le Mans”. This example, built in july 1950, is characterized by big headlight rings, flashlight with direct contact with headlight rings and no horn covers, later substituted by additional headlights and at last restored with the horns. This car had an intense racing career between 1950 and 1957, mainly in Italy before 1954 and, later, in France and Switzerland. It faced three editions of the Mille Miglia, in 1951, 1952 and 1953, always for the colors of the team “Scuderia della Guastalla”. Only in 1951, anyway, achieved good results, ranking 21stoverall and 3rdin class, driven by Luciano Masseroni e Riccardo Vignolo. The car also boasts a history of notable owners, all Italian and swiss racing drivers. The car is nowadays restored to its pristine conditions in outstanding shape in an ultra-rare intense light blue color: just two examples of this model have been realized with this color.The finish respects the livery of the time, at the same time elegant and absolutely sporty.The interior finishes are extremely refined and ultra-light. The “Touring Superleggera” logo is the only frieze present (a couple front, on the hood and one rear). On the rear Perspex windows, some slits allow the escape of air. The seats are lavishly finished in tan leather. The leather hood strap still keeps the hood from lifting up as once upon a time.