"Mille Miglia 1953 - Un film Shell" was a documentary, nominated for a 1954 BAFTA film award and directed by Bill Mason, the father of the famous Nick, Pink Floyd's drummer and renown car collector. Bill directed at least eighteen documentary, mostly with cars' world and races as a subject. In 1953 he was registered at the Mille Miglia as a driver of the Ferrari 166 MM/1953, Chassis no. 0272M. In the movie we can see some camera cars and Chassis no. 0272M shot among the other participants. The documentary was produced by Shell Film Unit, London and Shell of Italy with the aid of the Automobile Club di Brescia.

We'll tell the story of this movie on the occasion of its anniversary or when it will reach a sufficient number of cars. 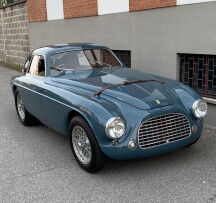 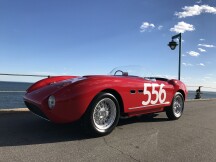