Nuccio Bertone, born Giuseppe Bertone (Turin, 4 July 1914 - 26 February 1997), was an Italian entrepreneur. Son of Giovanni Bertone, already owner of a body shop, thanks to his skill, he brought Bertone, inherited from his father, to be known all over the world after the Second World War, transforming it into a real factory. His talent in the economic and financial fields was matched only by that of a discoverer of car design talents. In fact he has "discovered" some of the greatest car designers of all time such as Franco Scaglione, Giorgetto Giugiaro and Marcello Gandini who have joined their pencil to the Bertone brand creating many cars that have gone down in history. Under his supervision, astonishing prototypes were born such as the Alfa Romeo BAT, the 2000 Sportiva, the Carabo, the Chevrolet Corvair Testudo, the Citroen GS Camargue, the Lamborghini Marzal, the Bravo, the Lancia Stratos Zero, the Sibilo, or the Jaguar Piraña. while cars such as the Alfa Romeo Giulietta Sprint and Sprint Speciale, the Fiat 850 Sport Spider, the X1 / 9, the Ritmo Cabriolet, the Lamborghini Miura, the Countach and the Lancia Stratos came off its assembly line. He dies in his home at the age of 83, after running the company for nearly 50 years. For his activity in the field of four wheels he was inducted in 2006 into the Automotive Hall of Fame. 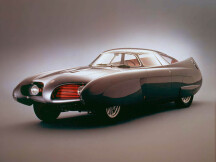 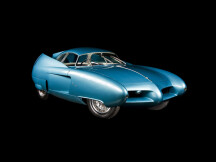 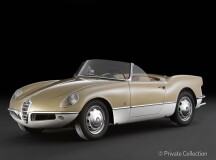 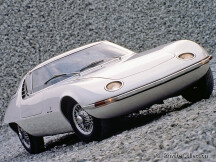