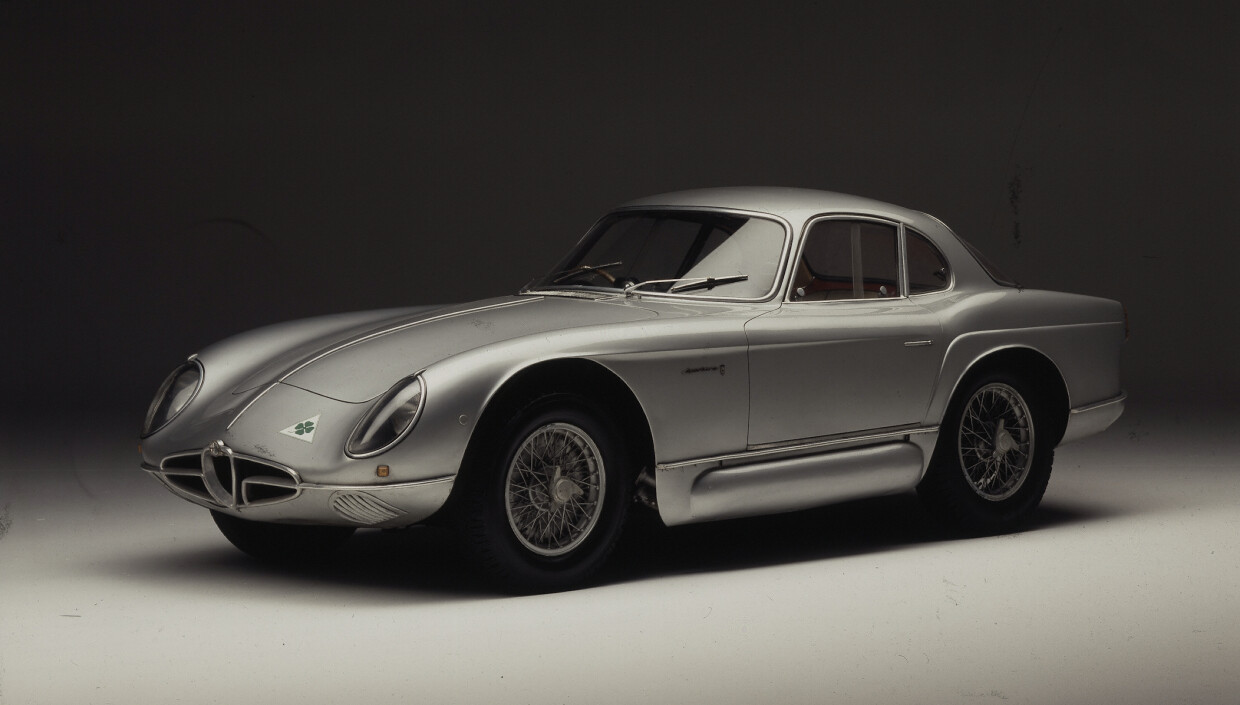 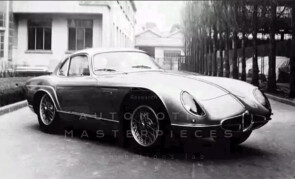 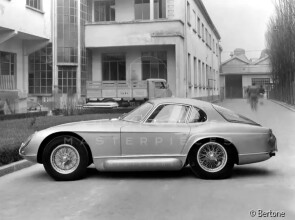 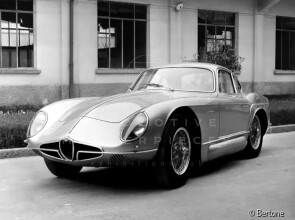 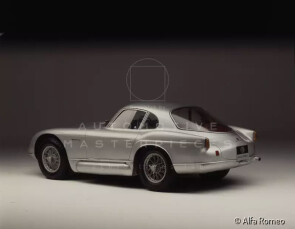 Share on
Owner MUSEO ALFA ROMEO (IT)
One of Scaglione's masterpieces. One-off, but intended for mass production. In the end, Giulietta Sprint took its place as more mainstream mass production car.

Iginio Alessio, then general manager of Alfa Romeo, was concerned for the viability of the independent Italian Coachbuilding industry–the advent of the unibody chassis design was threatening to put the "carrozzerie" out of business. Alessio was also a personal friend of Gaetano Ponzoni co-owner of Carrozzeria Touring Superleggera, thus from 1951-1958 Alfa Romeo built five different variations of the 1900 unibody chassis specifically for independent coachbuilders. Alfa Romeo gave official contracts to Touring to build the sporty 1900 Sprint coupé and to Pinin Farina to build an elegant four-seat Cabriolet and Coupé. The availability of a suitable chassis led to many other coachbuilders to build versions of the 1900. Carrozzeria Zagato built a small series of coupés with the unofficial designation of 1900 SSZ, designed for racing. One-off specials were numerous.

Built in 1954 under the authorization of Orazio Satta Puliga, equipped with an engine derived from the “1900” unit (in-line 4, twin cam), the “Sportiva” is certainly an interesting prototype positioned between the GT’s and the racing cars. The engine with its “reasonable” power fit in between the 115 hp of the “1900 Super Sprint”, coupé version of the “berlina” and the 158 of the 2-liter racing spider “Disco Volante”, (each models bodied by Touring). The twin-cam engine of the “2000 Sportiva” has an output of 138 hp for a high-performance speed of 220 km/h. Worthy of note is the De Dion rear axle interpreted in a modern key with triangular transversely-anchored axle-struts of the Watt type. The rear brake drums, besides being mounted inside, has transverse inclined finning for cooling. The whole, in a sense, has been the forerunner of the “Alfetta” berlina by almost twenty years. The body, superbly designed by Franco Scaglione during his experience at Carrozzeria Bertone, had the broad rear window and the streamlined tail like the beautiful 1954 “Giulietta Sprint”, an icon of 1950s, one of Scaglione’s masterpieces. The styling of the “2000 Sportiva” is based on lightness, aerodynamic and smooth styling, a typical example of the finest Italian post-war design, thoroughbreds mechanics.