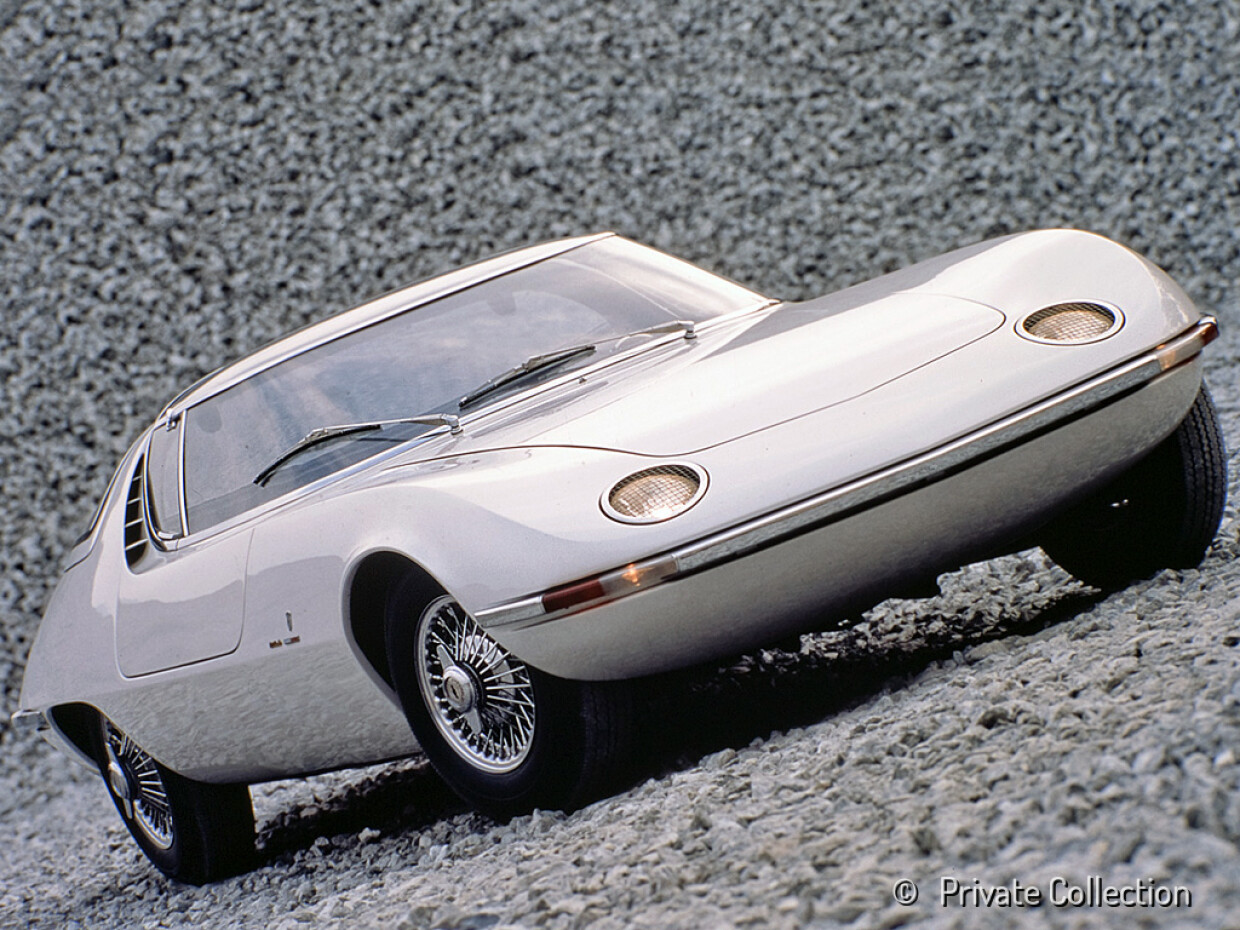 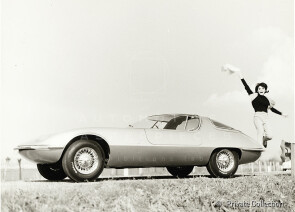 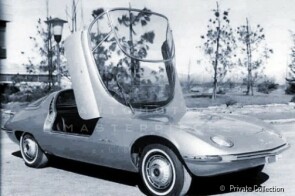 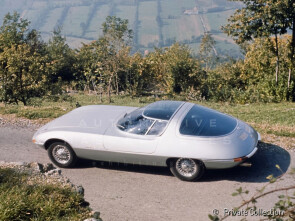 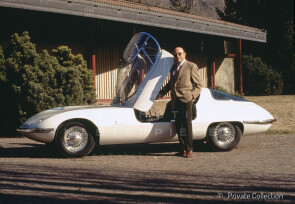 Share on
Owner Private collection
The Testudo prototype was presented at 1963 Geneva Motor Show. It's one of Bertone’s most significant prototypes, a concentration of highly innovative solutions.

The Corvair is a compact car manufactured by Chevrolet for model years 1960–1969 in two generations. It remains the only American-designed, mass-produced passenger car with a rear-mounted, air-cooled engine. The Corvair was manufactured and marketed in 4-door sedan, 2-door coupe, convertible, 4-door station wagon, passenger van, commercial van, and pickup truck body styles in its first generation (1960–1964) and as a 2-door coupe, convertible or 4-door hardtop in its second (1965–1969) – with a total production of approximately 1.8 million from 1960 until 1969. The name "Corvair" originated as a portmanteau of Corvette and Bel Air, a name first applied in 1954 to a Corvette-based concept with a hardtop fastback-styled roof, part of the Motorama traveling exhibition. When applied to the production models, the "air" part referenced the engine's cooling system. The Corvair project was strongly supported by Ed Cole (chief engineer of General Motors in the early 1950s and president of the group from 1968 to 1974), as a response to the great sales success in the United States of rear-engine air cooled cars and vans of the car manufacturer Volkswagen. The Corvair, together with the Ford Falcon, Studebaker Lark, Nash Rambler and Plymouth Valiant, was among the first cars of these characteristics to be defined, on the US market, "compact cars". Design began in 1956, and the first vehicle rolled off assembly lines in 1959 as part of the 1960 model year. At its debut, the Corvair was named "Car of the Year" by Motor Trend magazine. The engine was behind the rear, the traction was rear; therefore, the model had a mechanical setting very similar to that of Volkswagen cars. This structure was unusual for US cars of the time. Initially, the various versions of the Corvair shared an aluminum engine with six opposing cylinders, air-cooled and 2,296 cm³ of displacement. Initially this engine delivered 80 hp of power. The other Corvair engines also had the same cylinder configuration as the aforementioned base engine. In 1962 Chevrolet introduced a 150 hp supercharged engine for the Corvair Monza. This made the model one of the first mass-produced cars, along with the Oldsmobile F-85, to have a supercharged powertrain installed as standard.