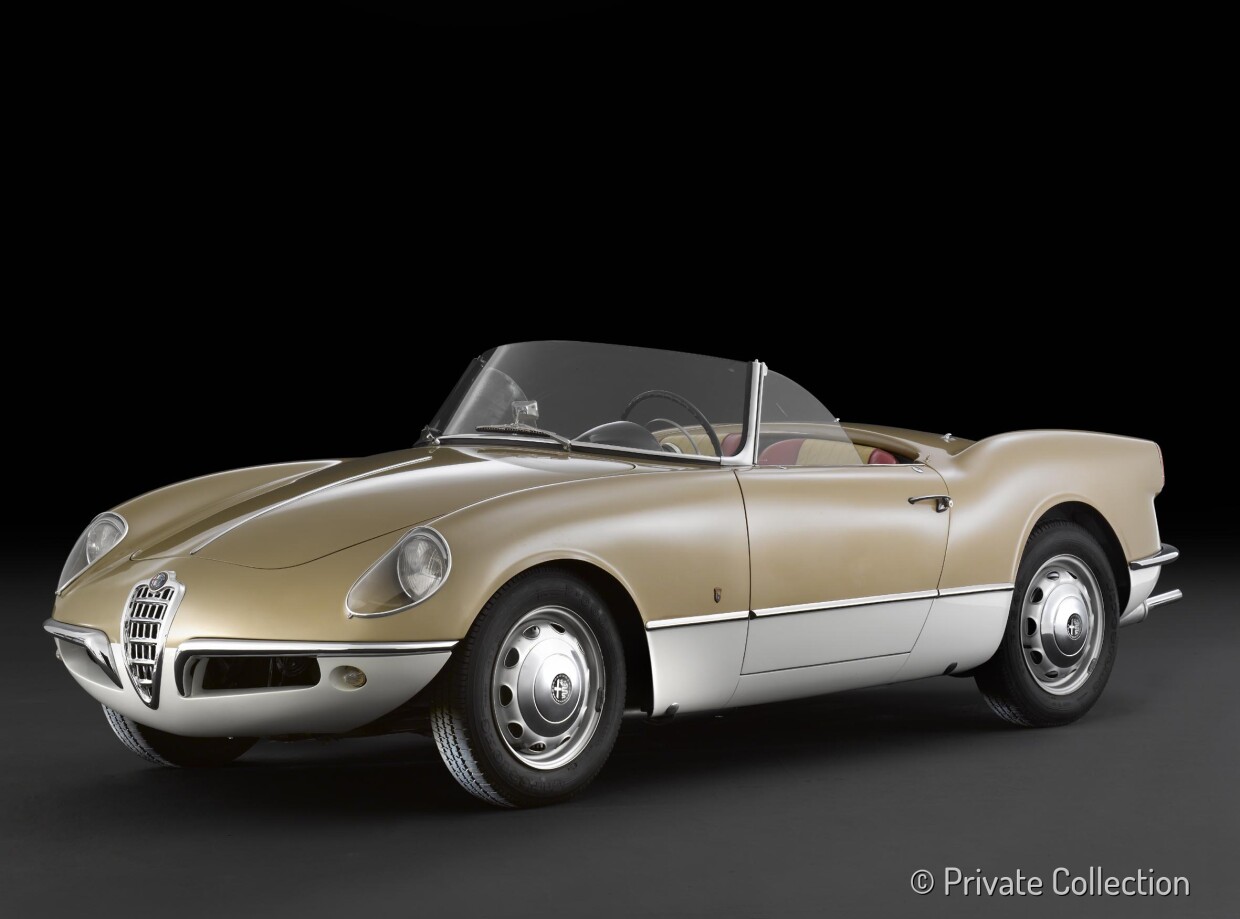 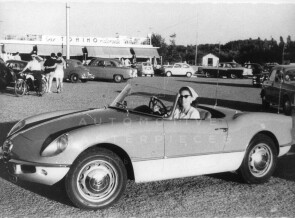 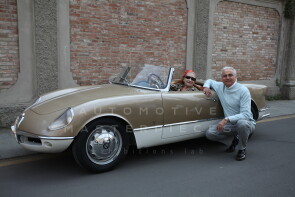 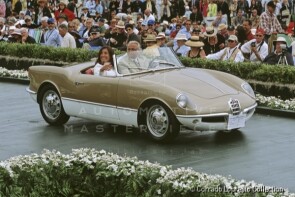 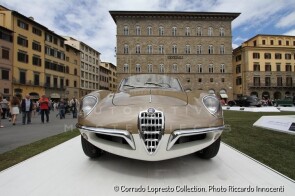 Share on
Owner Corrado Lopresto (IT)
One of two prototypes of the Giulietta Spider built by Bertone and designed by Franco Scaglione. It remained a concept and is a star in concourses d'elegance.

Widely known as "Italy's Fiancée," the Alfa Romeo Giulietta Spider fully embodies the spirit of an era. Introduced at the 1956 Turin Auto Show, it was commissioned by Max Hoffman, Alfa Romeo's U.S. importer. Looking to offer to the market overseas a two-seats suitable for the popular SCCA club races, Hoffman asked Alfa Romeo to produce a car different from the British sports cars of the era, with their outdated design. Designed by Pinin Farina, the Giulietta Spider was a fresh, young and elegant looking sportscar. Given the commercial failure of the 1900’s open versions (only two prototypes by Touring and a hundred special-series from Pinin Farina were made), Alfa Romeo wasn't very interested in proposing an open version of the new Giulietta. The customer base seemed to have lost interest in the once popular classic four-seater cabriolet. However, under the insistence of Max Hoffman, of the famous Hoffman Motor Car Inc. of New York, Alfa Romeo decided to introduce the Giulietta Spider (especially after he bought the first batch of 600 examples produced for resale). Even though the first examples were homologated as 2+2's, the Spider was rapidly acknowledged as a two-seater car, capable of offering both the thrill of sports driving and the pleasure of the most beautiful open-top motoring. To decide the style of the new car, Alfa Romeo used the "usual" method of contracting the work to the coachbuilders, which in this case were Bertone and Pinin Farina, to evaluate different solutions for a production version. After having seen both proposals, Alfa Romeo promoted the prototypes made by Pinin Farina. Even though he was offering a more traditional design, the proposed look would have been more appealing to the Italian customers and the northern European Markets. The public saw the definitive version at the Turin Motor Show in 1956, and it rapidly became a success. Based on the shortened Sprint chassis (-18 cm) and with the same 1290 cc long stroke engine, the Spider ensured brilliant performance and remarkable sports driving experience. The second series was introduced in 1959. The engine output was boosted to 79 hp in the Normale and 96 for the Veloce. In 1961, the third series was introduced, which anticipated the future Giulia 1600.

The commercial success of the Giulietta Sprint induced Max Hoffman, Alfa Romeo importer in the USA, to promote an open version and a tender was called between the Carrozzeria Bertone and Pinin Farina in 1955. Bertone entrusted the task of interpreting the theme of a two-seater sports car to Franco Scaglione and proposed two units of an original prototype; a proposal of high impact, but also of great building complexity. The car had a shorter wheel base compared to the Sprint model (2250 against 2380 mm) and a bodywork distinguished by strongly shaped fenders. It was not followed up in production. This chassis, no. AR1495*0004 is the surviving one of the two examples produced. The car has a traced history of owners, especially ladies, in the early years. And, although a unique and prototype example, it has nevertheless seen a tourist use. In 2000 it underwent a complete restoration which restored its ancient splendor and original livery. In more recent years it has become part of Corrado Lopresto's collection of unique pieces and has seen an intense participation in events and concourses d'elegance.