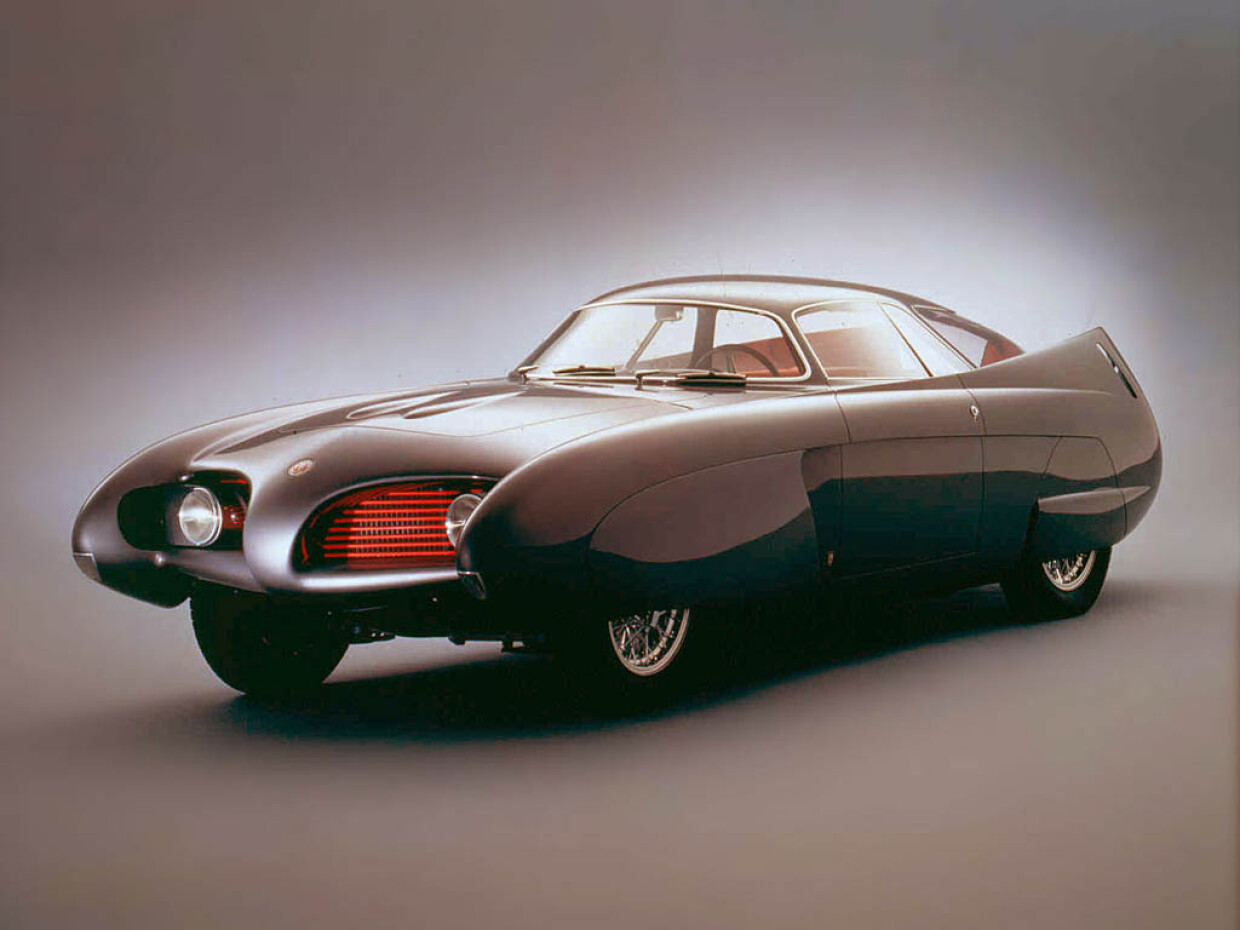 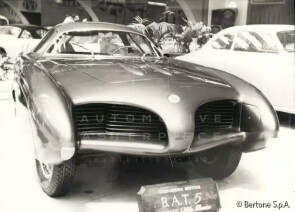 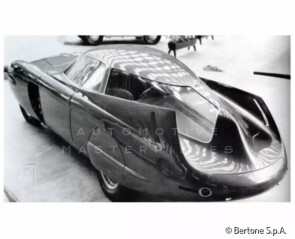 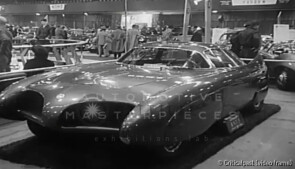 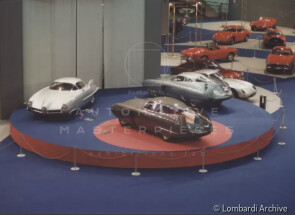 Share on
Owner Private collection
The B.A.T. 5 is the first concept car of the B.A.T. series built by Bertone on the chassis of the Alfa Romeo 1900C presented at the Turin Motor Show in 1953.

The B.A.T. 5, Berlinetta Aerodinamica Tecnica n ° 5, was the first car of the three B.A.T. to be launched at the 1953 Turin Motor Show. Nuccio Bertone asked one of his designers, Franco Scaglione, to design a car on the chassis of the Alfa Romeo 1900C that would reduce the drag coefficient to a minimum and at the same time be capable of to amaze the public of the salons and the Alfa Romeo management with its advanced design. The result was the B.A.T. 5, a revolutionary car resulting from the talent and empirical aerodynamic studies of Franco Scaglione who, under the supervision of Ezio Cingolani, responsible for the development and production of the project, perfected the concepts inherited from the aeronautics already expressed previously on the Abarth 1500 Biposto. The bodywork, which aims to lower the aerodynamic resistance to a minimum and cancel the turbulence generated by the wheels at high speeds, was made entirely by hand by Bertone's plate beaters directly in full size, after a few sketches. Most of the adjustments were made by Franco Scaglione himself in the modeling phase under the watchful eye of Nuccio Bertone. The result achieved by Bertone is an extremely light car, only 1100 kg, with a body finished in gray with red details full of curves, large front and rear overhangs, faired wheels, a "teardrop" cockpit, and above all large fins on the fenders. rear. The front features a large split air intake between the elongated mudguards that integrate the retractable headlights and the absence of the typical Alfa Romeo triangular grille, replaced by a metal "nose" integrated into the body. The elliptical side, in addition to the rear fins, has faired front and rear wheels and a large air vent behind the front wheel arch, on which the Bertone emblem is applied. The passenger compartment has a very streamlined teardrop shape with side windows angled at 45 ° with respect to the car body and a large panoramic windscreen that integrates perfectly with the almost flat roof. The most striking part, however, is certainly the tail which sports a huge rear window divided into two parts by a thin strip of sheet metal, a concept then taken up by the Chevrolet Corvette Stingray, two small circular headlights and two elongated reflectors integrated in the lower part of the body. the split black exhaust terminal in the center and two "fins" almost as high as the roof, each with a slit and slightly curved inwards. The cabin, on the other hand, is rather simple, with two sporty-shaped seats and door panels covered in red leather, light-colored floor mats, a dashboard in the same color as the body and a small dome on which the on-board instruments are placed. The three-spoke steering wheel with wooden crown, the three circular instruments, the gearshift lever and the pedal set came directly from the Alfa Romeo 1900C SS. Furthermore, this amazing line is not an end in itself but is also very aerodynamic, the B.A.T. 5 could boast a Cx of 0.23 which would allow the car to reach a top speed of 200 km/h, over 30 km/h more than the 1900 C SS with the same 100 HP engine. At that time Bertone did not have a wind tunnel and to obtain the precious aerodynamic information necessary for the project they used a system, common at the time, based on some wool threads. These were applied to the bodywork of the cars which were driven on the road at different speeds and photographed from another car side by side to observe the movements of the woolen threads in the wind. At the Turin Motor Show the car was an immediate success that struck the public with its remarkable "stage presence" due to the design of the aerodynamic bodywork. The car was sold to the American importer and driver of European cars Stanley Harold Arnolt for USD 7,650 in October 1953 and then loaned to Herb Shriner, a specialized promotion man who displayed it at the International Motor Sports Show in New York (February 6-14, 1954), where the car was vainly offered at 25,000 US$. Arnolt kept it then in his showroom Hoosier International Motors in Warsaw, Indiana. The B.A.T. 5 covered about 11,000 kilometres up to 1958, when Arnolt sold it to a friend, Joe Prysak of South Bend, Indiana who kept the car for almost thirty years. In 1987, the car was offered for sale in Hemmings Motor News and bought by Said Marouf of La Jolla, California, who carried out a long restoration on it and then presented the vehicle at the Pebble Beach Concours d’Elegance. Since then, an intense history of participation in Concours d'elegance, meetings, exhibitions and reunions with the other two B.A.T. After being exhibited all together at the Blackhawk Museum in Danville, California, the three concepts all sold together at auction in 2020 for $ 14.8 million.