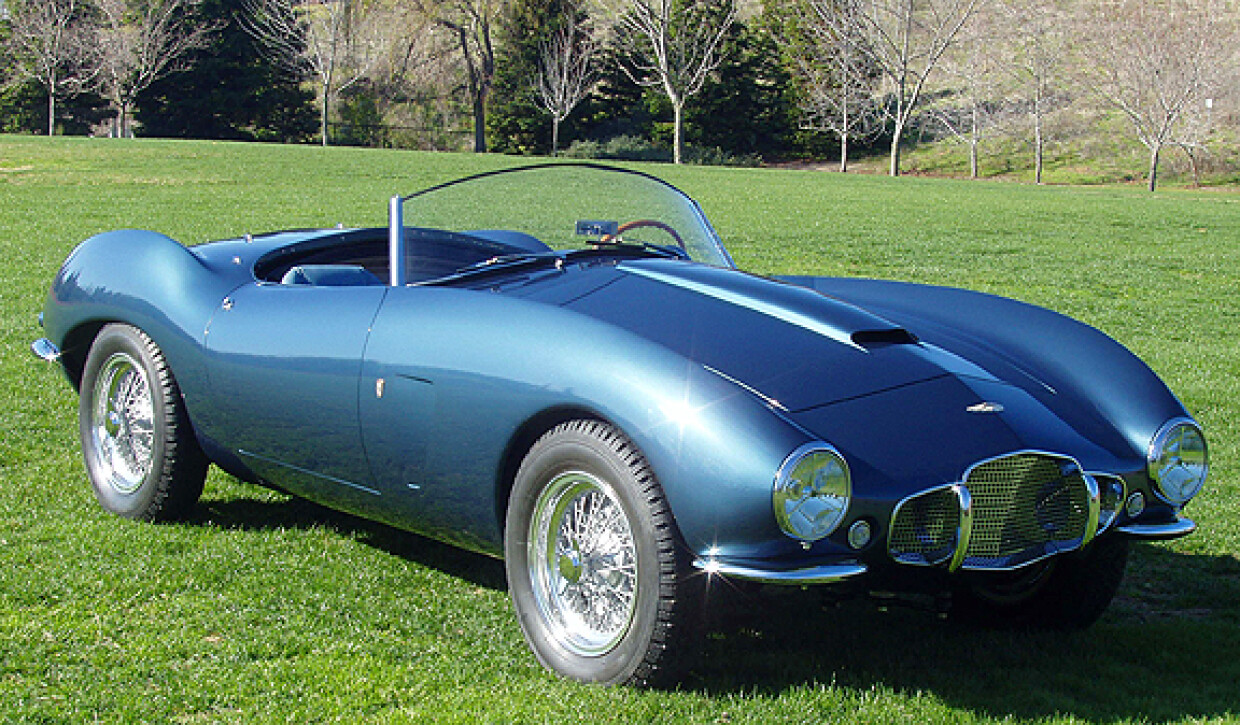 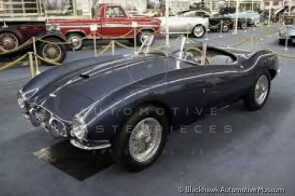 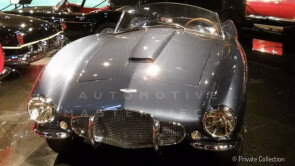 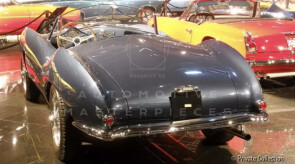 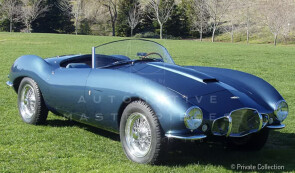 Share on
Owner Private collection
Designed on request of Wacky Arnolt by Franco Scaglione for Bertone, this DB2/4 was a show car exhibited in the 1954 International Motor Sports Show at New York.

The Aston Martin DB2 is a sports car that was sold by Aston Martin from May 1950 through to April 1953. The successor to the 2-Litre Sports model, it had a comparatively advanced dual overhead cam 2.6 L straight-6 engine in place of the previous pushrod straight-4. It was available as a closed, 2-door, 2-seater coupé which Aston Martin called a sports saloon, and later also as a drophead coupé, which accounted for a quarter of the model's total sales.

Introduced at the 1953 London Motor Show the DB2/4 was a larger model than the previous DB2, offering two occasional rear seats. Initially offered with the 2.6-liter engine, in April 1954 the model received the enlarged 2.9 liter unit giving 140cv. It is believed that 102 DB2/4 Drophead Coupes were built over two years with more than half in right hand drive for the British market. A DB2/4 Drophead Coupé appeared in the 1963 Alfred Hitchcock film The Birds. The DB2/4 Drophead was replaced by the updated DB2/4 Mark II in 1955, the first open Aston Martin with coachwork by Tickfords in Newport Pagnell.

The two-seater spider designed by Franco Scaglione stood out among the nine bodies commissioned by “Wacky” Arnolt, built by Bertone in 1953-55 on the Aston Martin DB2/4 chassis. It featured some formal solutions adopted on the Arnolt-Bristols barchetta produced in a limited series. Stanley H. Arnolt, a self-made millionaire, opened a foreign car dealership in Chicago selling MG, Riley, Bentley, Morris, Rolls-Royce, and Aston Martin vehicles. In 1951, he struck a deal with Nuccio Bertone to build 100 examples each of the coupe and cabriolet-bodied MGs that he had seen on the Bertone stand at the Torino Salon. This led to a partnership that would produce many memorable sports car designs of the 1950s, including this Aston Martin DB2/4 Spider. Arnolt purchased five sequential Aston martin DB2/4 chassis in 1953 and had them sent to Carrozzeria Bertone to be clothed with custom coachwork. The even-numbered chassis were given opulent, luxurious bodies while 503, 505, and 507 were giving sporting designs penned by Franco Scaglione. This example wears one of those designs by Scaglione. After these three cars were completed, it became clear to Aston Martin that these cars were competition to their traditional product lineup, and refused to sell the Chicago businessman any more chassis. Nonetheless, Mr. Arnolt was able to acquire two other chassis. Two of the three chassis fitted with this body were designed for competition and were minimally equipped for the purpose. This car, the third example, was given more luxurious appointments and a full windscreen, intricate grille, bumpers, and a full soft top. It was shown at the 1954 New York Auto Show, were it wore an Aston Martin badge in an attempt to compel the company owner, David Brown, into making the Bertone-bodied roadster an Aston Martin production model. Chassis no. LML/505 was then bought by Mr Schwambauer of Wichita, Kansas directly off the New York show stand in 1954. He kept it until 1958 when he sold it to C. S. Wallen, a captain in the US Air Force. Mr Wallen subsequently sold it to Charles Barnett, also an Air Force officer, who started a full restoration in the 1970s, completed by Jerry Rogers (when the total distance covered was 103,000 kilometres). The car was then sold to many other buyers, among which the British man Carlos Monteverde. The Aston Martin DB2/4 LML/505 underwent another complete overhaul in 2004, which returned it to its original splendour.