Aldo Brovarone (Vigliano Biellese, 24 June 1926 - Turin, 12 October 2020) was an Italian designer. In the first months of 1953 he was recalled to Italy by Dusio, as a stylist for Cisitalia, but the company was close to financial collapse and closed its doors in November of the same year. Despite his young age, Brovarone's projects had aroused the attention of Pininfarina, who welcomed him in 1954 and in which he worked as a designer and head of the style office, from 1974 until the end of his professional career. 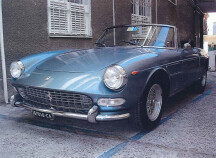 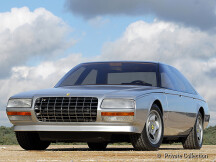