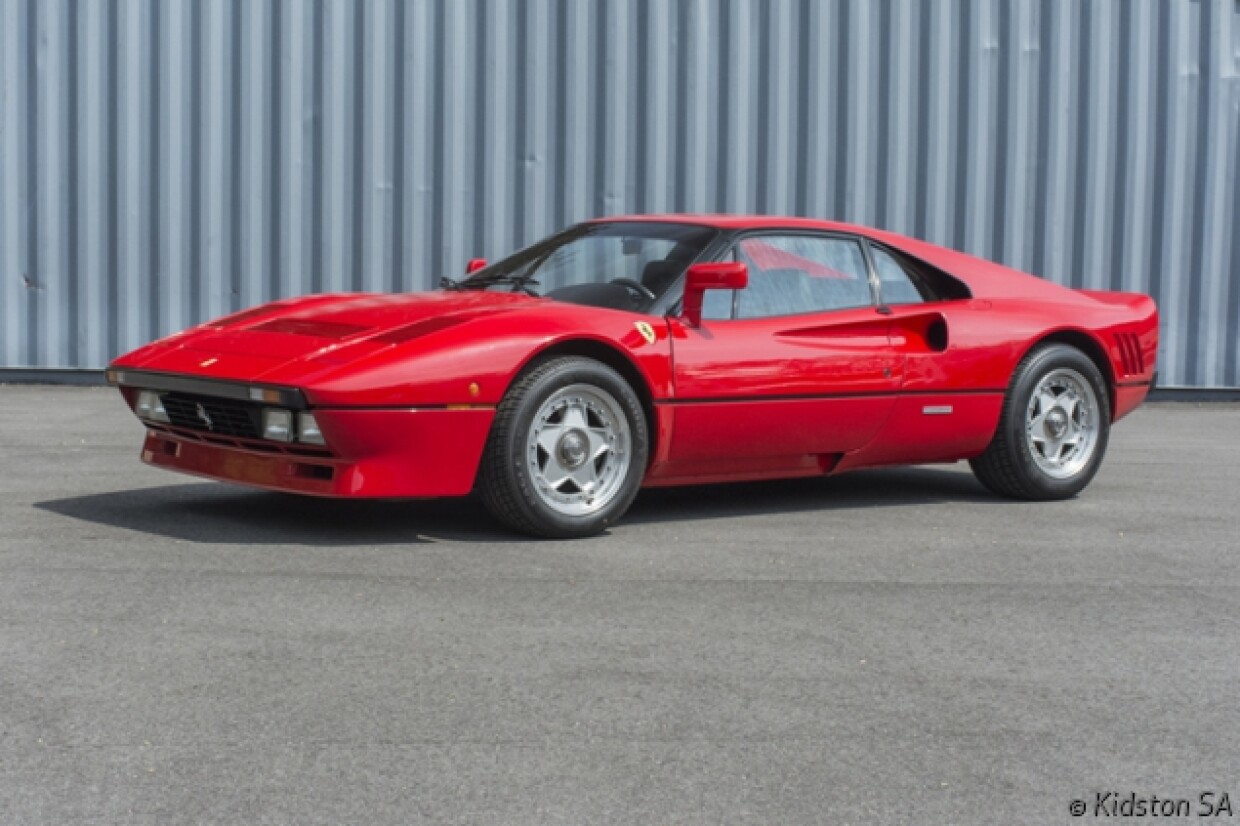 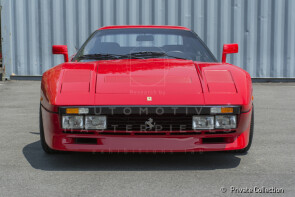 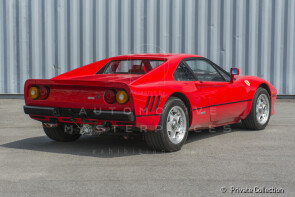 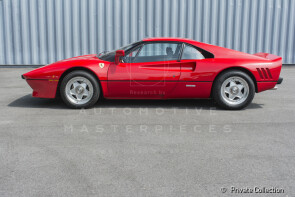 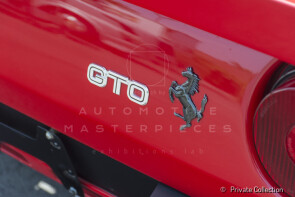 Share on
Owner Private collection
278 examples of the 288 GTO were built, 1984-1985, making it not only the first ‘instant collectible’ Ferrari flagship, but the rarest. Rare US certified model.

At the 1984 Geneva Motor Show, Ferraristi clamoured to get a glimpse of the company’s first ‘homologation special’ supercar: the new 288GTO (Gran Turismo Omologato). It was fast- the fastest road car the company had ever put into production. It was also beautiful, styled by Pininfarina and a muscular, exquisitely detailed evolution of the classic 308 silhouette which had debuted almost a decade earlier. And it was rare: so rare, infact, that despite also boasting the most expensive price tag ever attached to a Ferrari road car, all were sold before production had begun. It’s been the same story ever since. Just 200 were initially planned and they were intended to compete in the legendary Group B racing class. In the end the series was banned at the peak of its popular appeal- the cars were simply too fast- but Ferrari forged ahead and the 288GTO was born instead destined for a life on the road instead of the track. Basic elements were derived from the company’s contemporary 308GTB Quattrovalvole, but beneath the skin the GTO differed radically, mounting its V8 longitudinally in a new chassis with a longer wheelbase. Twin IHI turbochargers boosted power to a mighty 400bhp at 7,000rpm, providing 0-100km acceleration in a blistering 4.9 seconds and a top speed of 306km/h. Nothing else came close in its day. Such power and speed necessitated equally dramatic bodywork, the GTOs benefitting from contemporary F1 technology with fibreglass panels combined with lightweight composites such as Kevlar and carbonfibre. The shape was refined in the wind tunnel, and was characterised by flared wheel arches, distinctive front and rear spoilers, four additional grille-mounted driving lights and what has become one of the cars trademark design features, its prominent stalk mounted side mirrors. Warm air was evacuated from the engine compartment by- what else- three angled vertical slats inspired by those gracing the flanks of the car’s illustrious predecessor, the 250GTO. In the end a mere 272 examples of the 288GTO were built, 1984-1985, making it not only the first ‘instant collectible’ Ferrari flagship, but the rarest. Barely five years after production had ended, the original $84,000 launch price had increased tenfold.

This example was sold new in July 1985 through Brandon Lawrence of Cammisa Motorsports in CA to a famous first owner: Herbert W. Boyer, Emeritus Professor of Biochemistry and Biophysics School of Medicine, University of California, San Francisco. the car was later exposed at the 1987 Emilia Romagna Concours D'Elegance in San Francisco and later again featured in an article on Automobile Quaterly by Jordan Michael.