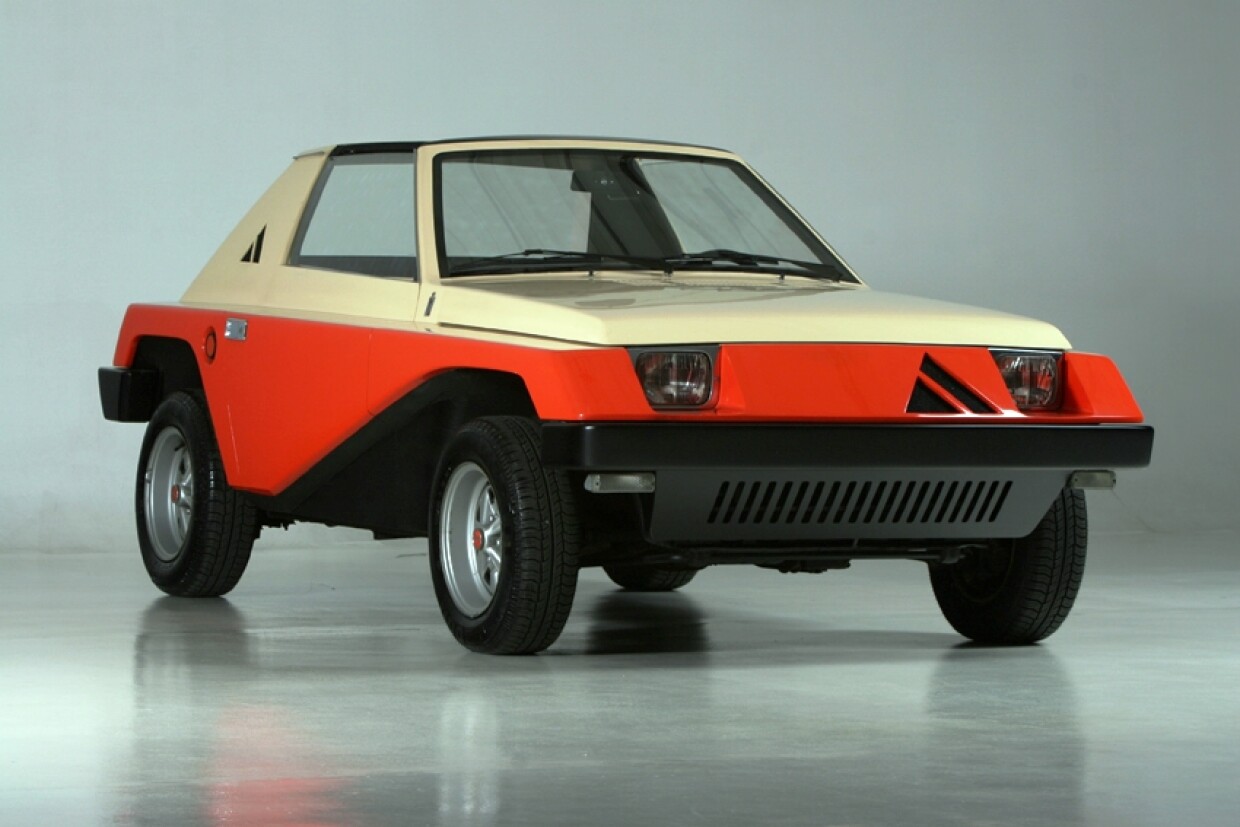 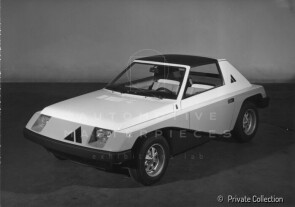 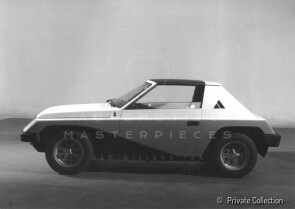 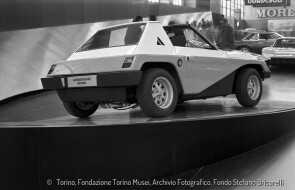 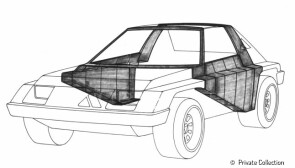 Share on
Owner Corrado Lopresto (IT)
The dune buggy for young people according to Pininfarina's design. A one-off built on A112 Abarth basis. The car was presented at the Geneva Motor Show in 1973.

The Autobianchi A112 is a utility car produced by the Italian car manufacturer Autobianchi from 1969 to 1986. In the second half of the sixties, FIAT was faced with the worrying penetration of the Italian market by the Mini which, after having bypassed the obstacle of customs duties with the construction of the car at the Innocenti factories, met with considerable sales success among young people and, above all, among women. In that market sector FIAT had the obsolete 850 model, which was unable to rival the revolutionary Anglo-Italian small car in terms of image and technical conception; therefore, Dante Giacosa decided to propose, through the subsidiary Autobianchi, a small car, with an elegant appearance and equipped with modern front-wheel drive. According to the philosophy of Giacosa, as already happened for the A111, it was not only a question of proposing a new model, but also of carrying out a large-scale experimentation of the solutions and mechanical components that would then be used on the 127, under construction. Thus, was born the "X1/2" project, developed as a "field experiment" of the "X1/4" project (the future Fiat 127). The Autobianchi A112 was presented in 1969 at the Turin Motor Show, obtaining enthusiastic acclaim, especially among the user categories to which it was addressed. In addition to its attractive appearance and brilliant performance, its low purchase and operating costs also contributed to making it one of the most popular and popular cars for users of all ages.

The Autobianchi A112 Giovani is a “targa” prototype - concept car, built by Pininfarina in a one-of-a-kind unit in 1973 on "A112 Abarth" mechanics. The "Giovani" (i.e. "young people" in Italian) by Pininfarina is the Turinese coachbuilder’s interpretation of the "dune-buggy", a category of cars for the beach and mostly for leisure time very much in vogue in the 70s. In designing this special intended for a young clientele, Pininfarina set itself the goal of creating a car with an attractive line, good performance and mainly for leisure use, but also with very low construction and running costs. The Autobianchi A112 was chosen as the starting point, since it was a reliable car built in large series, economical and with a small engine, particularly appreciated by young customers, especially in its Abarth version. The result was a two-seater convertible with a removable hardtop, with squared lines: a modern and design interpretation of the Dune-Buggy then in vogue. The bodywork appears visually formed by two superimposed shells, where the lower one is wider than the upper one. This difference in sections creates a protrusion that borders the entire vehicle on the belt line, apart from the front part, allowing a robust protective structure to be housed around the passenger compartment. The front is characterized by the grille with recessed projectors and the off-centre air intake for the radiator, shaped like the Autobianchi logo. The rear part, of the Kamm tail type, is formed by a generously sized roll-bar which delimits a large heated rear window. The interiors, in order to respect the design intentions of the car, are extremely essential, including the austere and elegant seats in iron and plastic. The dashboard, interior trim, bumpers, and removable roof are also in plastic. Every detail was studied to reduce weight and construction costs, avoiding unnecessary equipment, and recovering all the possible components from series production. Among the most obvious absences, that of the tailgate for access to the large trunk, located behind the seats. The light clusters, wheels, wipers, door and window handles are the same as the stock "A112". The instrumentation is taken from the "A112 Abarth", with large circular speedometer and rev counter, also equipped with odometer, fuel level and water thermometer, positioned behind the steering wheel and the voltmeter, thermometer and oil pressure gauge group, with a smaller diameter, placed in center. The prototype was already studied for immediate industrialization, but despite the approval shown by the public and the specialized press, the "A112 Giovani" did not reach the production stage. A curiosity: the long-announced "A112 Giovani" prototype was completed the day before its debut. Highly anticipated by the trade press, the vehicle raised an immediate sensation for being absent at the opening of the Geneva Motor Show. It was exhibited on the Autobianchi stand several hours after the inauguration, having been blocked at the Swiss border due to a strike by Italian customs officers.