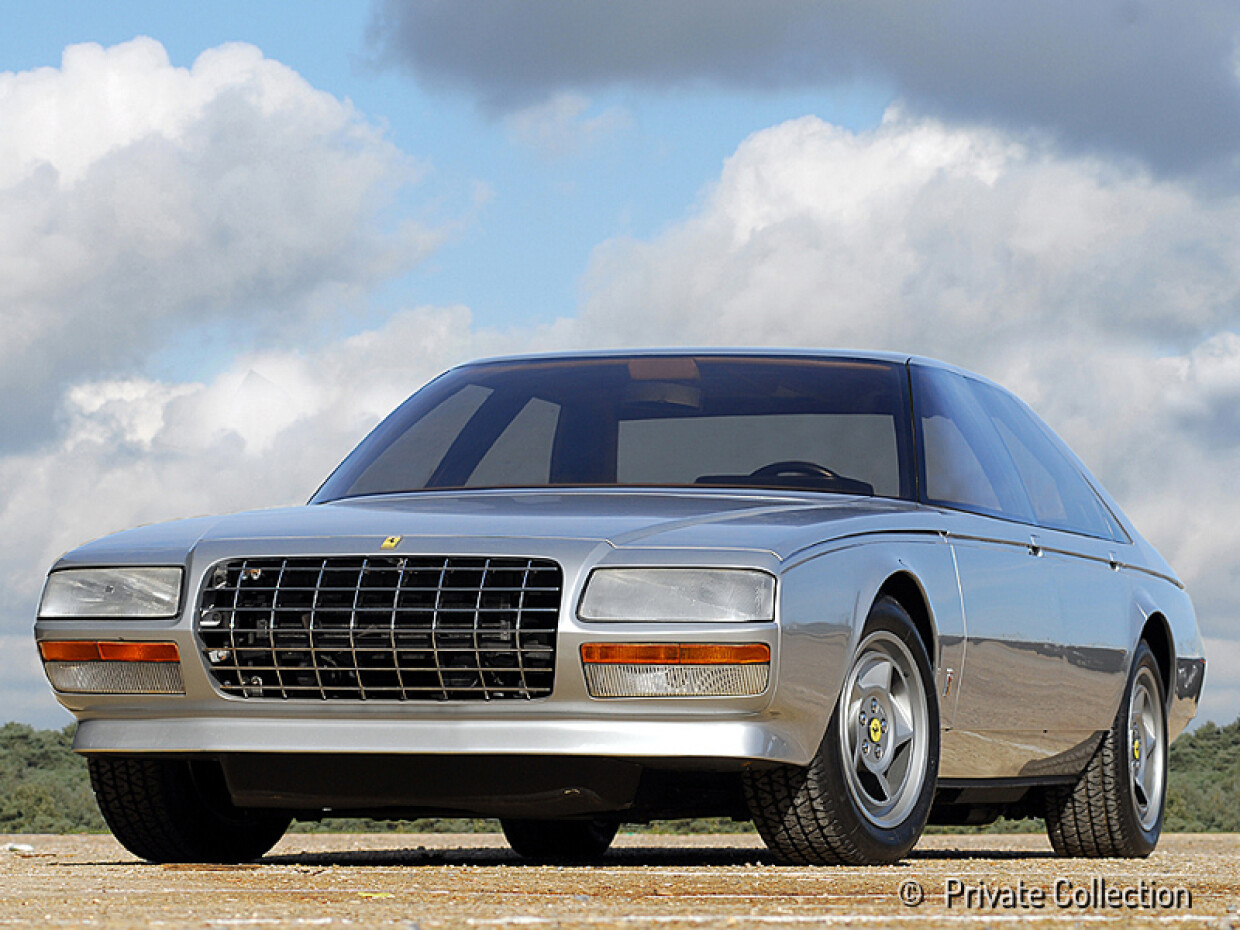 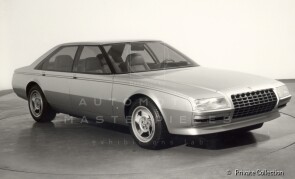 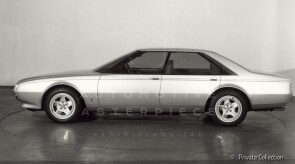 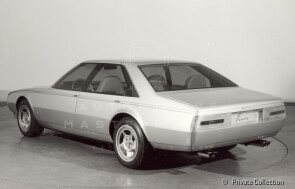 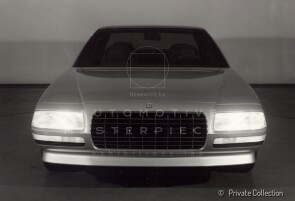 Share on
Owner Private collection
The one and only Ferrari four-door ever built was conceived in 1980 to celebrate the 50th anniversary of the Carrozzeria Pininfarina and its special relation with Enzo Ferrari: it was named “Pinin” to homage the founder Battista “Pinin” Farina.

The “show car” was exhibited at the 1980 Turin Motor Show, built over a 365GT4 2+2 5 centimeter longer wheelbase, the futuristic design was by Diego Ottina under the direction of Leonardo Fioravanti.
The critic was exceptionally positive thanks to its very innovative styling, characterized by an impressive grille, new generation head-lights and the design of the windshield and lateral windows, which gave the impression of a single piece of glass wrapping all the way round the car; a high priority was given also to the design of the interiors, with new generation gauges and a lot of room for the passengers.
After having been exhibited in other Shows, sadly Enzo Ferrari decided not to enter into a new niche of market and the concept remained as a static show car in the Carrozzeria Pininfarina Collection exhibition. In the mid Nineties it has been purchased by Jacques Swaters, the Belgian Ferrari importer and an avid collector of all the Prancing Horses memorabilia and literature. In 2008 the prototype has been purchased by the actual owner who entrusted Oral Engineering and ing. Mauro Forghieri to make it running, using a flat Ferrari 512 engine in the bonnet and 400GT gearbox-differential. The car has been recently shown in the Ferrari Museum in Maranello near the reconstruction of the studio and the wax figure of legendary Enzo himself.