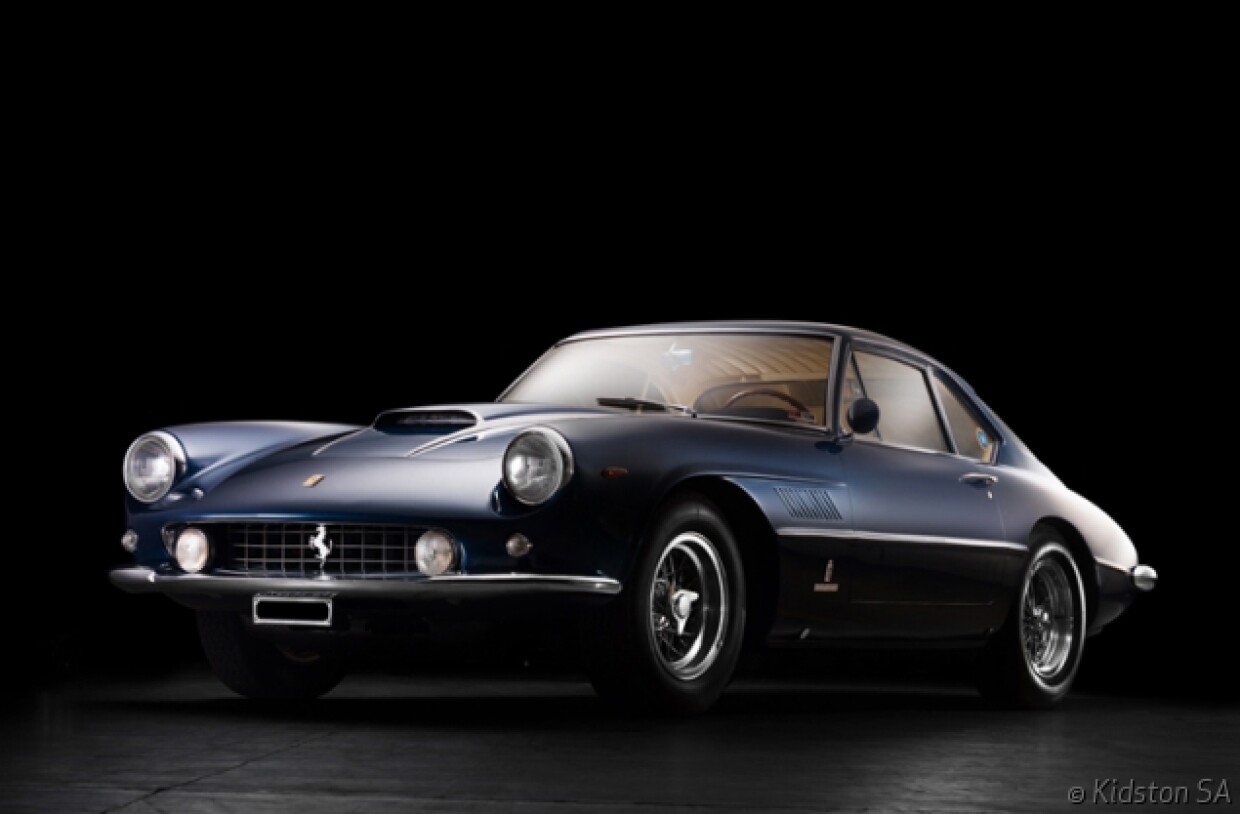 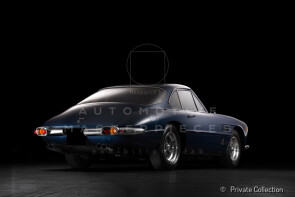 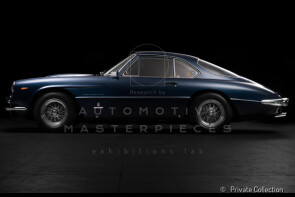 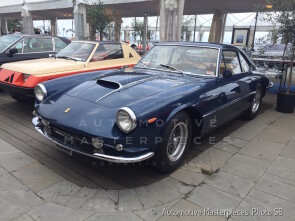 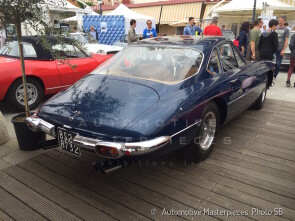 Willing to pay extravagantly for exclusivity, speed and refined design, industrialists, financiers, royalty and star performers were a lucrative if small market that enhanced Ferrari's visibility and reputation. For them the 400 Superamerica was conceived by Ferrari and bodied by Pininfarina with coachwork of unusual concept and sophistication, the “Coupé Aerodinamico”. In addition to its concept and intended clients the 400 Superamerica was a significant departure from Ferrari standards. Unlike its predecessor, the 410 Super America powered by the fixed head Aurelio Lampredi designed “long block” V12, the 400 Superamerica employed a revised casting of Gioacchino Colombo's original removable head “short block” V12, now with spark plugs outside the engine's vee. The “Tipo 163” engine and its successors would power every V12 Ferrari for the next decade and beyond. Even the model designation “400” was a departure for Ferrari, designating the engine's 4-litre total displacement rather than the prior practice of naming series for their single cylinder displacement. The new engine, with 340 hp or more, took advantage of an electrically-operated overdrive on the 4-speed fully synchronized gearbox. Koni telescopic shock absorbers replaced the earlier lever shocks for better suspension control and the engine's greater performance was balanced by four-wheel disc brakes. Pininfarina introduced the prototype of the Coupé Aerodinamico at the Salone dell’Automobile in Torino in November 1960: it was a radical departure from the angular, conventional three-box concept of the 250 GT coupé. Called “Superfast II”, it represented fresh thinking that applied aerodynamics throughout its design with a low, oval air intake, hidden electrically-operated concealed headlights, cold air bonnet scoop, raked windshield, inward sloping side windows and roof pillars and a long rear window and tail that tapered in both elevation and plan view to a nearly teardrop tail. Fitted on an unusually short 2420mm wheelbase chassis that took advantage of the Colombo engine's compact dimensions, “Superfast II” and its “Series I Coupé Aerodinamico” follower expressed the very best of Italian coachwork design: clean, sleek, light and purposeful. Pininfarina continued to refine the Coupé Aerodinamico for the next three years of limited series production, exploring several variations of the concept but continuing faithfully to express its aerodynamic functionality in a plethora of fresh ideas. In all, only some 32 or 33 examples of the 400 Superamerica Coupé Aerodinamico were built; from 1960's 2420mm short wheelbase 'Superfast II' to the last 2600mm long wheelbase Series II.

Ferrari 400 Superamerica Series I Coupé Aerodinamico with chassis no. 3361/SA is one of the last of the short wheelbase examples. According to veteran Ferrari historian Antoine Prunet, Pininfarina’s records show that the chassis entered their coachworks on 18th December 1961 and the completed car left on 10th March 1962 with internal reference number 99537. It was displayed, along with Pininfarina's design exercise “Superfast III” and a 400 Superamerica Pininfarina Cabriolet, at the 1962 Geneva Salon, as noted in its extensive documentation file. Finished in Blu Notte (midnight blue, Italver paint code 18943M) with natural Connolly leather upholstery (code 3309), it was bought at the show by Mr. Giuseppe Brainovich. It is one of only some thirteen short wheelbase Series I 400 Superamerica Coupé Aerodinamico, among the most beautiful and rare Ferraris built.