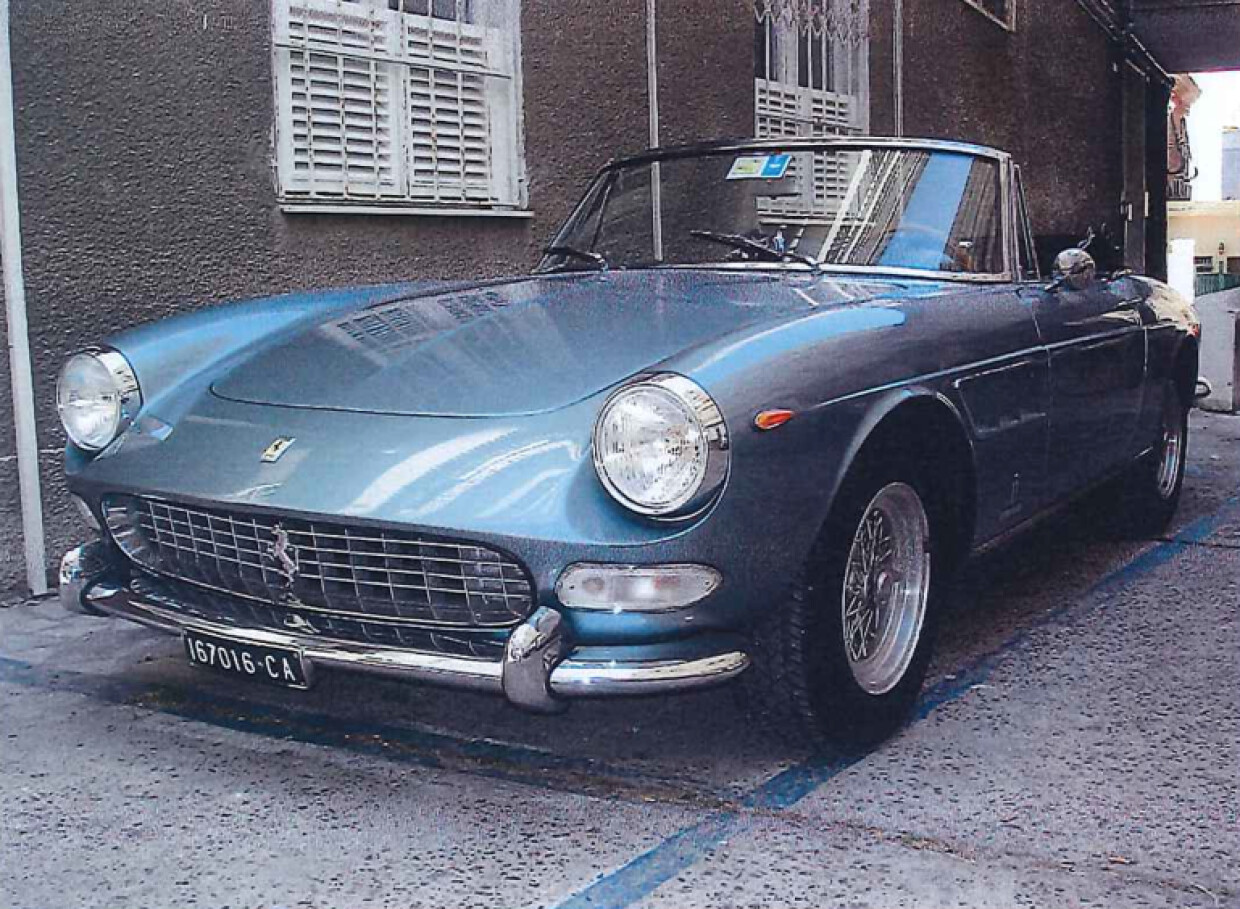 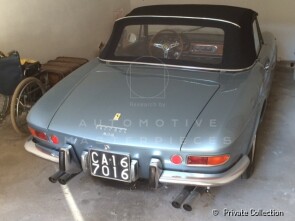 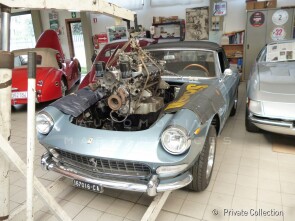 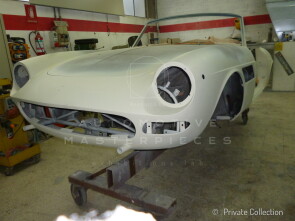 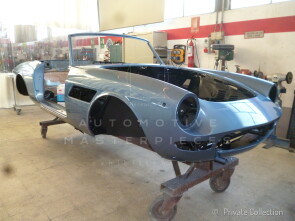 Share on
Owner Private collection
A car luxurious and fast, innovative and traditionalist; this Ferrari 275 GTS was owned by Gigi Riva, the all-time leading scorer for the Italian national team.

The Ferrari 275 GTB and GTS are respectively a berlinetta and a spider, both presented for the first time at the 1964 Paris Motor Show; both are the work of Pininfarina. The 275 GTS differs from the berlinetta for its slightly more classic and conventional body design, with more balanced and less aggressive proportions; among other small differences, it does not have faired headlights. The 275 GTS (as Gran Turismo Spider) was born as heir to the spider built on Ferrari 250s chassis and forcefully reaffirmed the front position of its 12-cylinder engine, as evidenced by its imposing front end; compared to the 250 chassis spider, however, it featured some innovative technical developments. The 275 GTS adopted, for the first time on a Ferrari grand touring car, 4-wheel independent suspension and a 5-speed gearbox. These important technical improvements were, in part, in response to the new Lamborghini which had introduced them to the production GTs with the 350 GTV. The line of the 275 GTS was supported by an oval-section tubular steel spar frame with diagonal tubular extensions. A long hood emphasizing its V12 engine. While the GTB berlinettas were assembled by the Scaglietti body shop in Modena, the GTS were set up directly in Turin by Pininfarina itself. The 275 GTS, compared to, the 275 GTB appeared simpler and more classic, without the fairings on the headlights, with a lower inclination of the windshield and with a taut and clean line, underlined by a slight molding that ran along the entire side and was re-proposed both on the bonnet and on the trunk. Later, side vents were added similar to those already present on the 250 GTE, but in due course they were replaced by reed air intakes. The 275 GTS interior was leather with a full dashboard (speedometer, tachometer, oil temperature, oil pressure, fuel gauge, analog clock, water temperature and ammeter), wooden steering wheel, aluminum gear selector grille, ashtray and aluminum door sills. The position of the handbrake lever is curious being located on the side in front of the gear lever. At the mechanical level, while with the Ferrari Formula 1 single-seaters and the Sports cars of the mid-1960s showed themselves to be at the forefront, but substantially in line, with what other important European manufacturers were proposing, in the GT sector they took a more conservative approach, jealous and proud, unwilling to break away from the traditional layout of the 12-cylinder engine, placed in the front position. The alloy V12 designed by Gioachino Colombo was maintained with an increased bore to reach the unit displacement of 275 cm³ and total displacement of around 3.3 liters. It was powered by 3 double-barrel Weber carburetors (which allowed 280 hp at 7600 rpm) or 6 double -barrel Weber carburettors (with power reaching 300 hp at 7500 rpm). The power of the spider GTS was a slightly more restrained 260 hp. The 275 is both the last Ferrari with single camshaft distribution and the first with double camshaft, when the 1966 GTB/4 version was introduced; a (very) small number of the latter were offered in the N.A.R.T. spider version. The 275 GTS chassis was made of a special 596 steel tube trellis. The suspension, developed with Mike Parkes, was independent for all four-wheels, with deformable wishbones on all wheels and anti-roll bars front and rear. The brakes were Dunlop 4-wheel disc brakes with brake booster. The biggest innovation was a completely redesigned 5-speed gearbox built entirely by Ferrari, placed above the rear axle, in block with the differential, according to the Transaxle scheme. The steering was screw and roller. The 275 GTS was dressed with innovative light alloy wheels, although it could also mount 15” Borrani wire wheels. All this made the car both very manageable and fast, however its performance was penalized by its weight and small disc brakes, not very resistant to fading. The most important mechanical modification was the adoption of a tube that solidly joined the engine and gearbox through which the drive shaft passed, this increased the torsional rigidity and reduced vibration, greatly increasing ride comfort. A total of only 200 Ferrari 275 GTS were built.

This chassis was owned by Luigi Riva (born November 7, 1944), best known as Gigi Riva or by his nickname Rombo di Tuono (Roar of Thunder). He is a former Italian footballer, the all-time leading scorer for the Italian national team. Considered one of the best forwards of his generation, Riva enjoyed a remarkable scoring record for Cagliari thanks to his composure in front of goal, fearsome left foot and aerial ability. He led Cagliari to their only Serie A title in 1969-70, as well as winning the 1968 UEFA European Championship with Italy.