We are editorial portal and news organization Here you will find the news of our activities and of the cars counted among the Automotive Masterpieces, which are increasingly present in the most important events in the world. 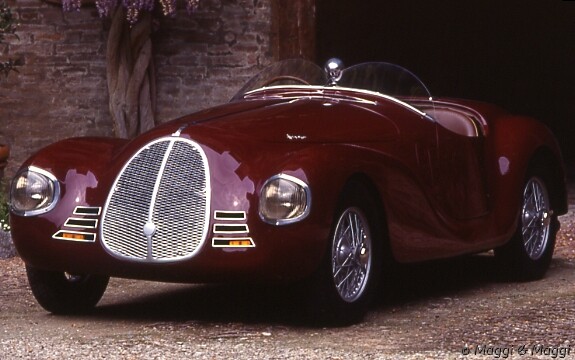 On 11 May 1947 the Automobile Club of Piacenza organized the Circuito Automobilistico di Piacenza  as the first race of the Championship of 1947: 3.3 kilometers stretching from Facsal (the public walking in Piacenza) in Stradone Farnese. Renzo Castagneto was designated to lead the race. All the most important car producers flocked in Piacenza: the Maserati, the newborn Ferrari, the Alfa Romeo, [...] 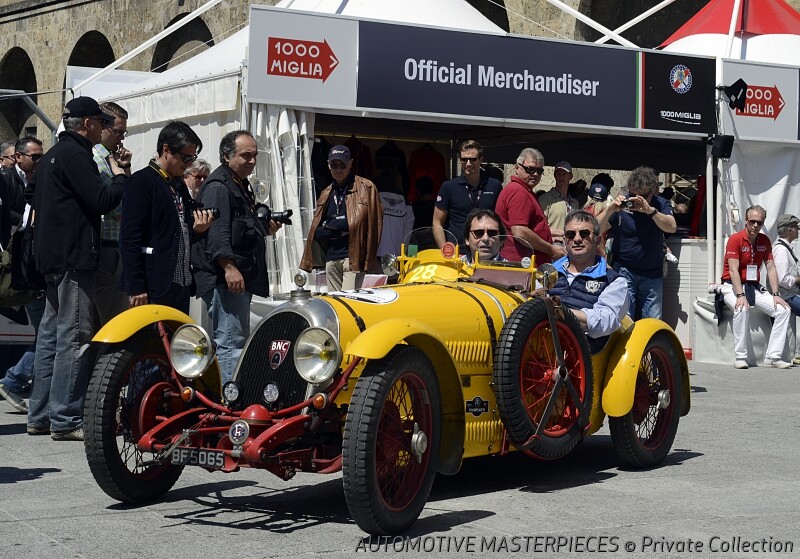 Mille Miglia 2015: the legend is back

“Mille Miglia is so much more than race cars, drivers, winners, and losers. Mille Miglia is a part of Italian life, and its effects extend the length and breadth of Italy, all the way down to Sicily.” Denis Jenkinson Although written seventy years ago, this sentence by English journalist Denis Jenkinson, winner of the 1955 Mille Miglia alongside Stirling Moss, is still current, because [...] 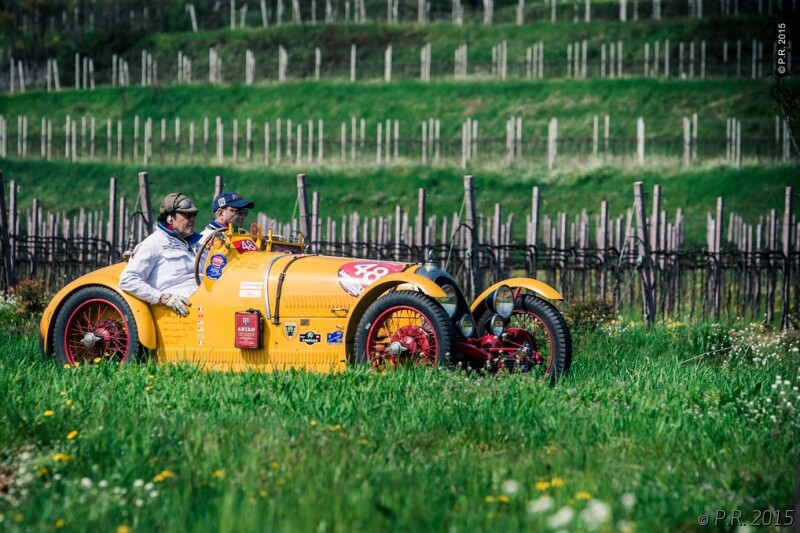 Friday, April 10 at Franciacorta Historic 2015 there were many rare cars. Among others, a car is already counted in AUTOMOTIVE MASTERPIECES exhibitions lab: ♦️ 1927 B.N.C. Type 527 Sport Monza sn: 27082Rare BNC 527 Monza is one of the four cars bodied by Duval in Sports conformation. It has a small but agile Ruby 1075 four-speed motor. Owned by a French diplomat, the car was exported to [...] 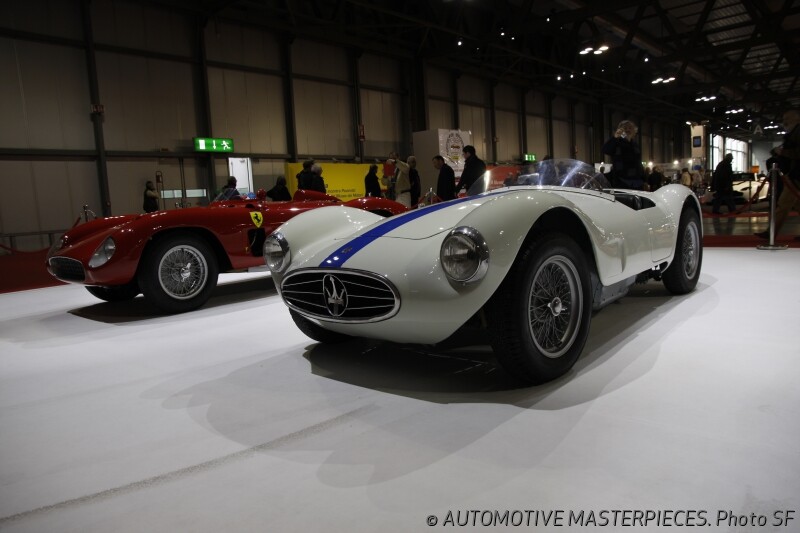 The event, which took place in the pavilions of the Milan Fair in Rho from March 20 to 22, every year becomes more prestigious. The public enthusiastically watched the performances that took place in Classic Circuit Arena, the approved external track which hosted the MAC Historic Rally, the new trophy in which famous drivers challenged each other to the delight of the crowd, tests of the FORMULA [...] 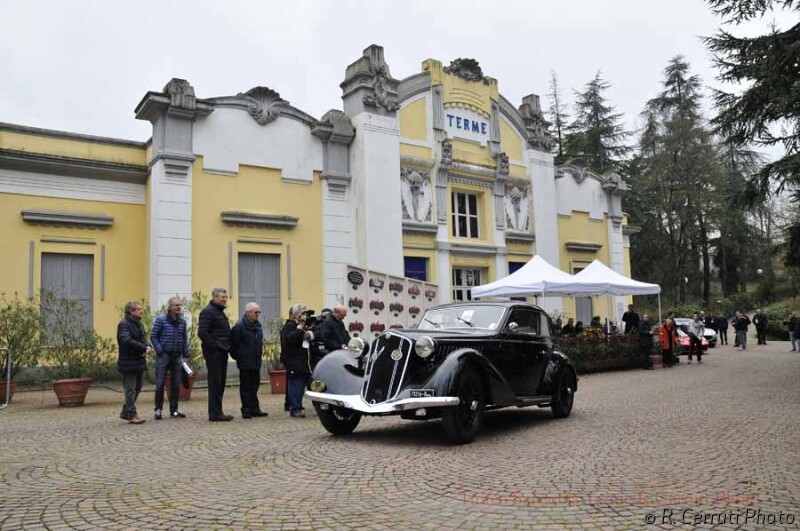 Here are all the winners of the sixteenth edition of the Concours d'Elégance Salvarola Terme Trophy, which took place with success on March 14 and 15 among Sassuolo, Fiorano, Maranello and Modena. Special Guest of this edition were the cars of Touring Superleggera International Registry, which four classes were devoted. The event has been organized by Terme della Salvarola e la Terra delle Rosse [...] 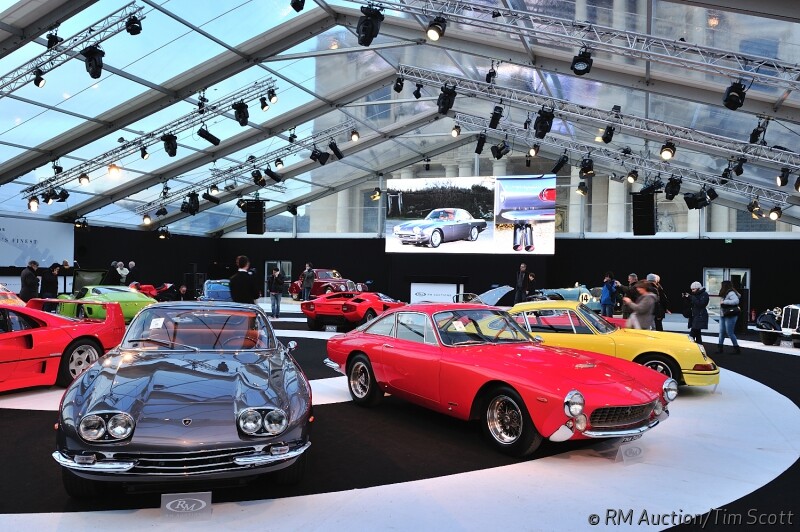 RM Auctions returned to Paris to stage its second sale in the French capital, selling € 19.353.750 worth of automobiles to a packed room of eager enthusiasts. With bids also coming in strongly via the phone desk and on the Internet from 34 countries, 82 percent of all lots were sold on the night with no less than five achieving sums in excess of € 1.0 million. The gorgeous 1963 Ferrari 250 [...] 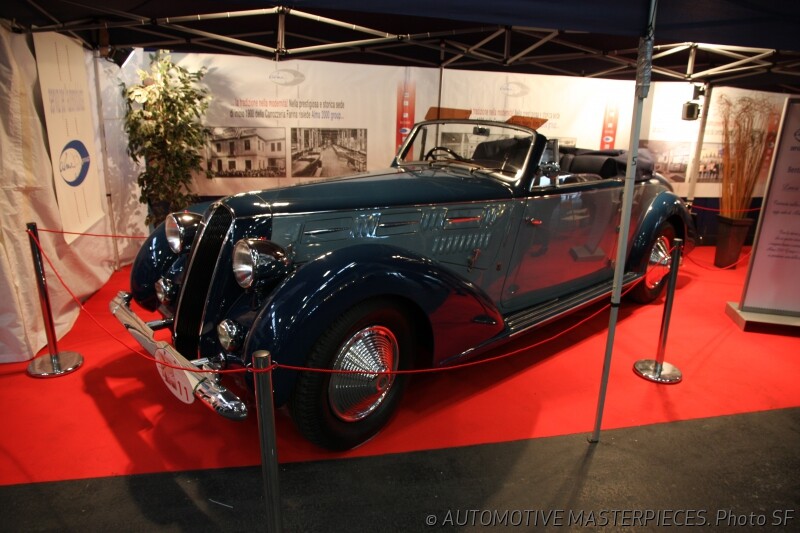 At Automotoretrò 2015 three cars that have joined the lab 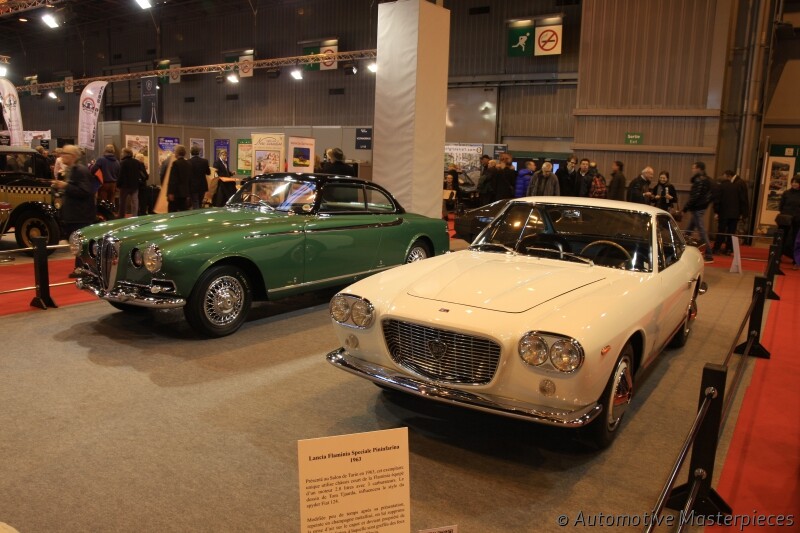 A great Retromobile for its 40th edition

Landmark event that makes of Paris the automobile capital in February, Retromobile, the popular show for car enthusiasts, closed its doors on Sunday 8th of February. With 119 000 visitors on this 2015 edition (versus 94 000 in 2014, representing a 26,5% rise), Retromobile signs a record year, having attracted new audiences (not just collectors), new international buyers, and least, but not [...] 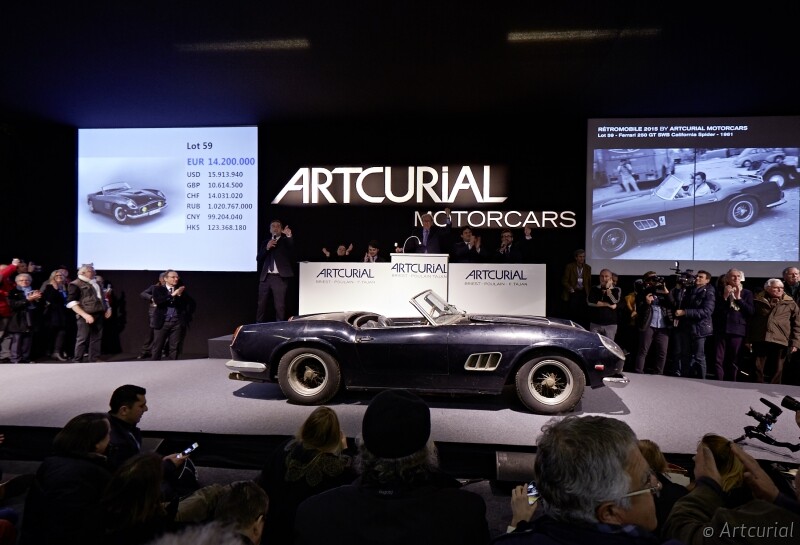 The Collectors’ Car Department at Artcurial has discovered 60 collectors’ automobiles, all major marques dating from the early days of the motor car through to the 1970s. Found following fifty years of lying dormant, the Baillon collection was sold by Artcurial Motorcars in the first part of the traditional sale at Retromobile Salon, on 6 February 2015, in Paris. These motor cars have been [...] 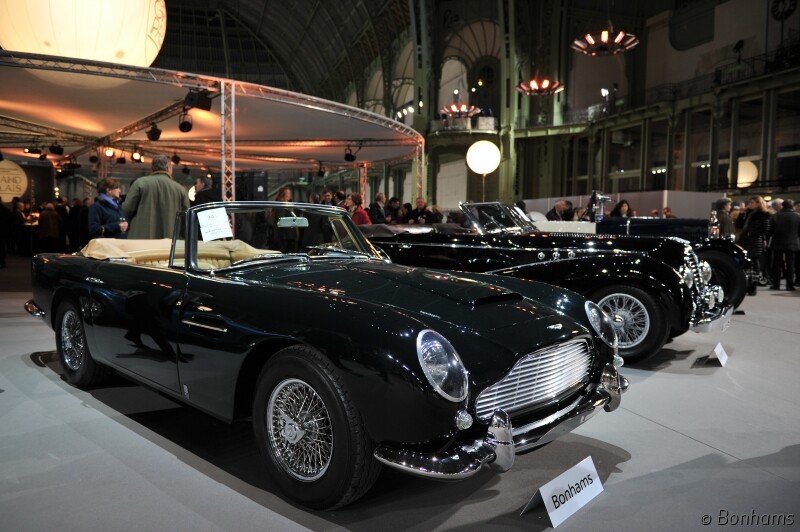 The Bonhams auction at Grand Palais

The first Car Show to be held at the Grand Palais in 1901 marked the start of a long tradition and the public's unfailing attachment to an event that soon became emblematic of the Grand Palais.   Every year saw in new inventions: the automatic carburettor in 1904, the plate clutch in 1905, dampers in 1906. As from 1910, the decoration of the Grand Palais, till then left to the initiative of [...] 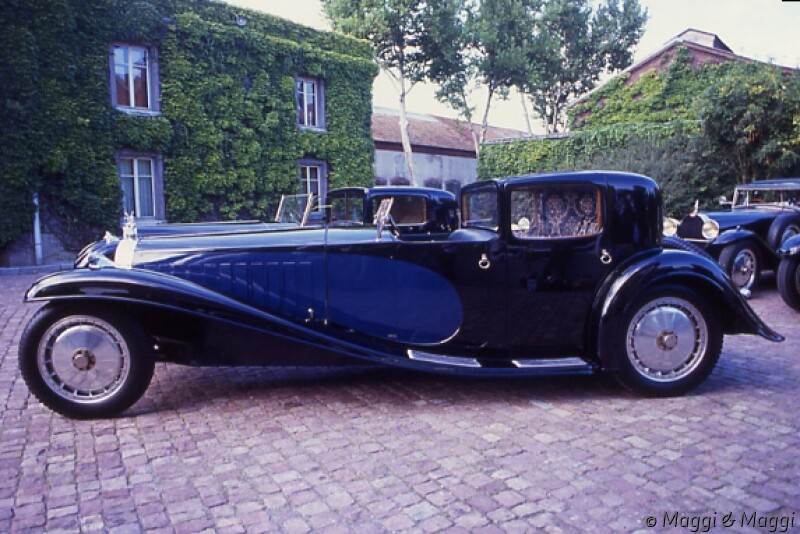 For the first time ever, the Cité de l’Automobile in Mulhouse is presenting the three Bugatti Royales at Rétromobile.The biggest, the most beautiful, the most extraordinary, the most fabulous cars…. none of these superlatives can describe the thrill of the Bugatti Royales.Ettore Bugatti wanted to build a car fit for a king…and he did so, although no king ever bought one.Despite its huge [...] 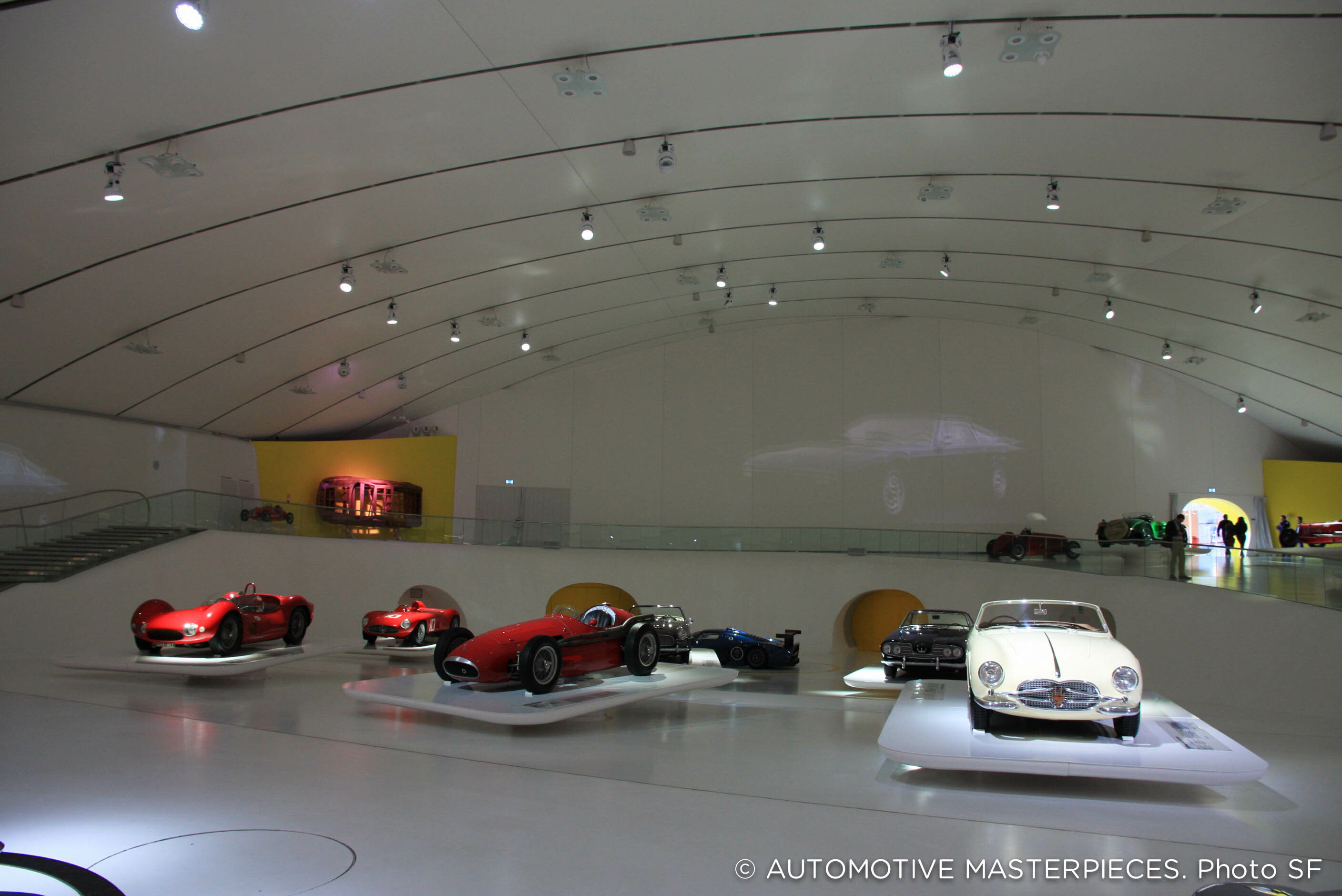 A unique exhibition dedicated to the Centennial of Maserati was organized in Modena. MASERATI 100 - A Century of Pure Italian Luxury Sports Cars retraces the story of the Italian car manufacturer through an exhibition featuring some of the Trident marque’s most significant road and racing cars, plus a highly engaging show employing 19 projectors, enabling visitors to relive the most [...]