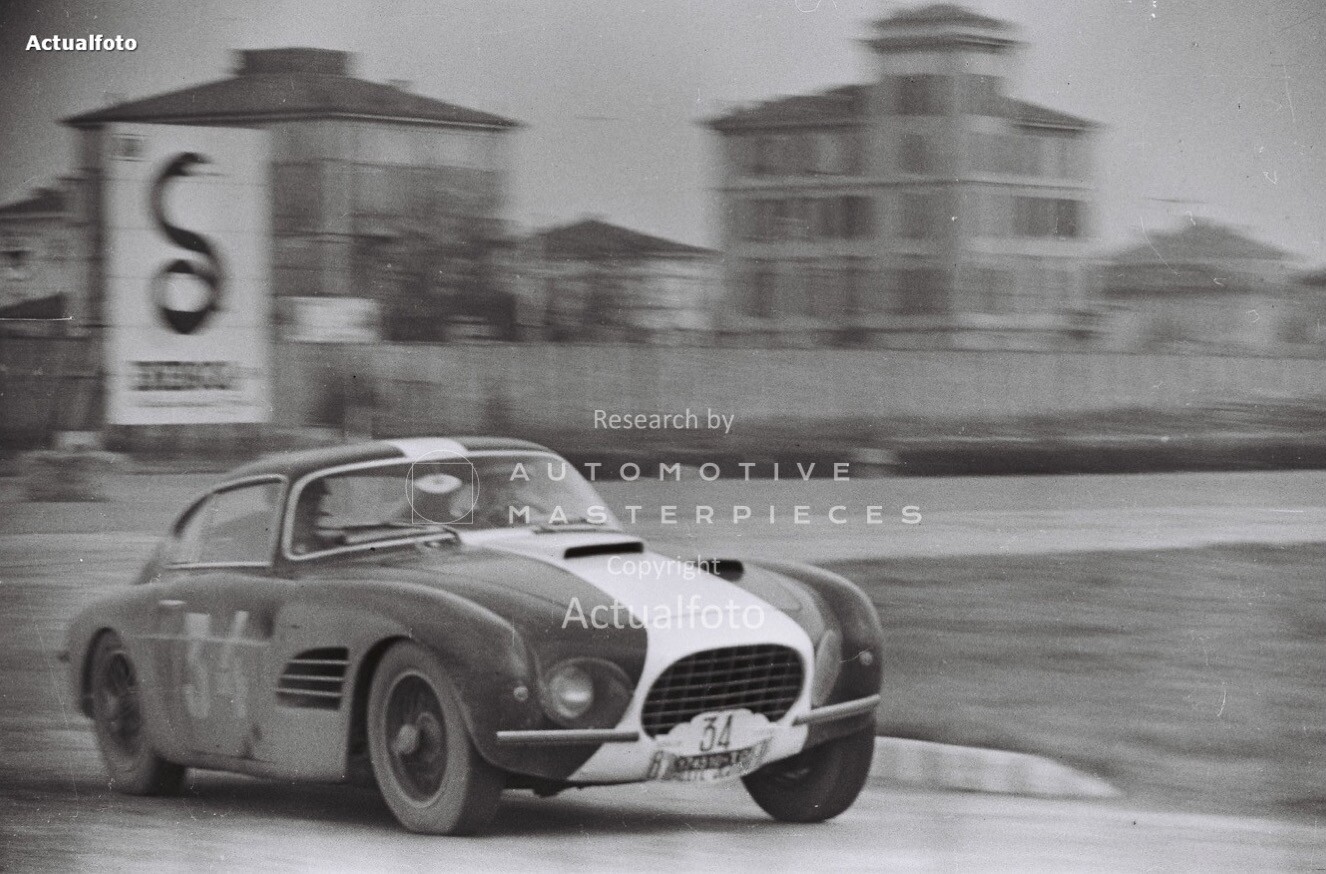 The Fiat 8V Vignale ran the 1955 Mille Miglia and nearly 40 races, often changing the livery. The car has the current bodywork since 1957. 8V chassis number 000052 was delivered as a chassis on 10 July 1953 to the renowned Italian coachbuilder Alfredo Vignale. Vignale would work with his stylist, the talented Giovanni Michelotti, to discuss potential designs and to define the final automobile.

The car bodies of ten 8V were created, all to Michelotti designs, of which the car, number 000052, is one of nine coupé and the only “coupé corsa”. Vignale would have liked to exhibit it at the Paris Motor Show in 1954, but he was unable to finish it in time. The first images of this car portray it in white with an aggressive and showy red livery. Elegant but spartan, the car was sold to the gentleman driver Casimiro Toselli; then it started a long competitive life, beginning with the Rally del Sestrière in 1955 followed by the Giro di Sicilia in the same year when it arrived 17th and by the Mille Miglia where it ran the Brescia-Rome stretch in 6h 20' and 19'' ahead of all the other 8V but it was forced to retire due to an accident near Rome.

The car appears at the Mille Miglia, one-color, presumably red. In 1956, it was acquired by Francesco e Renato Canaparo and run several races among which the Aosta Gran San Bernardo, the Giro Automobilistico delle Calabrie and the Coppa InterEuropa dressed in a white and red-striped bodywork.With its harmonious but aggressive design, the beautiful aluminum body of the 8V chassis 000052 has been more than once maltreated by the various racing drivers.

In 1957 the car changed livery, the bodywork became red with a white stripe at the centre, ran the Rally del Sestrière when it arrived 16th and the Giro di Sicilia. Always in 1957, with the need to repair the car, the front was slightly modified by widening its “nose” as well as the rear.

Even with this body the car often changed livery, first with the straight strip and then shaped to include the mask, first white and then dark. Finally, the whole car ran red, in this configuration it has arrived until today.The lightness (100 kg less than the original Fiat with a steel body) and the excellent performance of the 8V engine which in the production models developed 127 HP at 6,600 rpm, made it possible for the Turin coupé to race until 1960 in 40 races.

"This car has an exceptional history. The over 100 historical pictures tell a story of an extraordinary journey by showing the evolution of the bodywork and livery. As a car historian, it is a great honor for me to have this car in the 1000 FINARTE and, after more than 30 years in the same prestigious collection, to find it a new home. " Sandro Binelli, Head of Automotive Department of Finarte and founder of Automotive Masterpieces”. 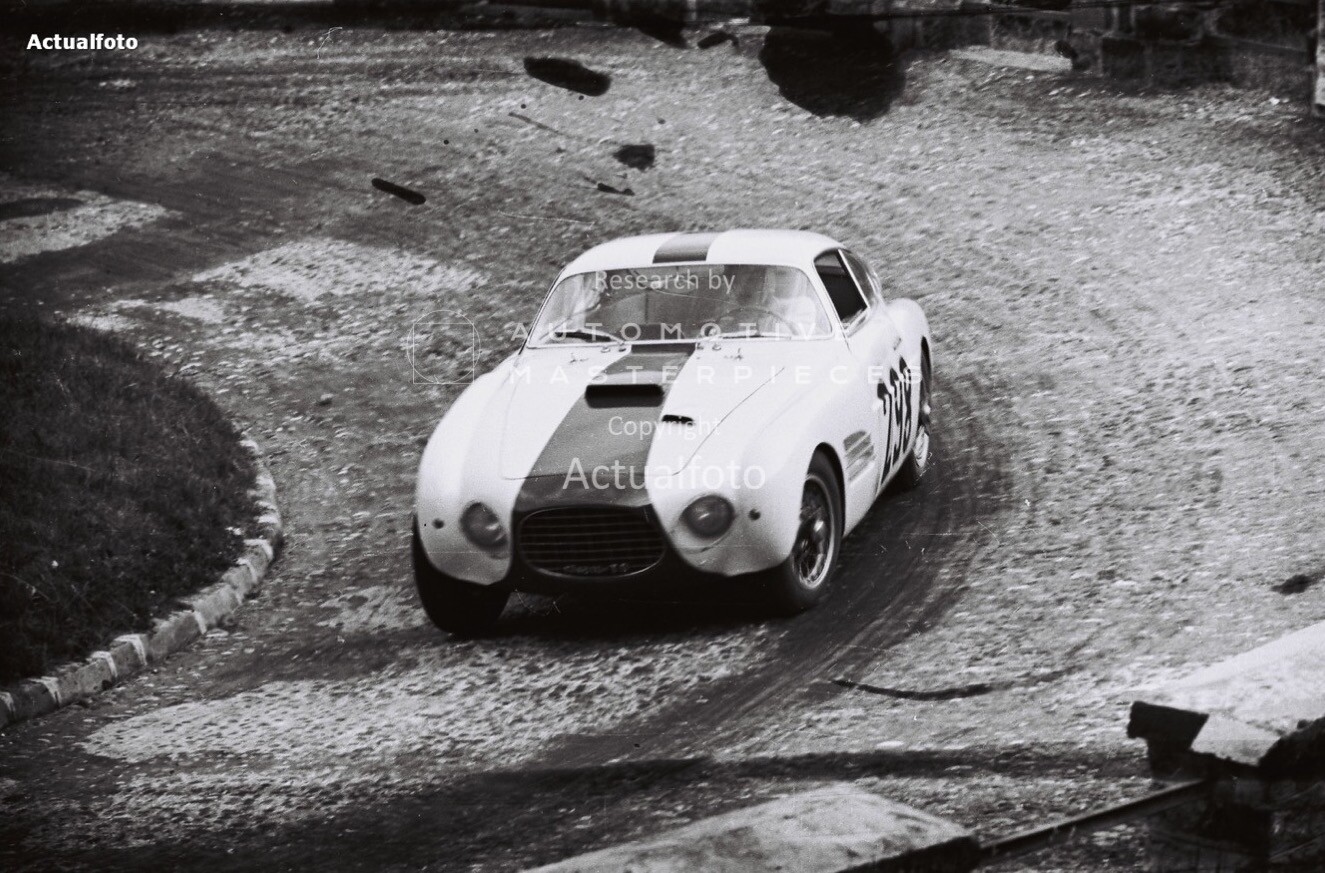 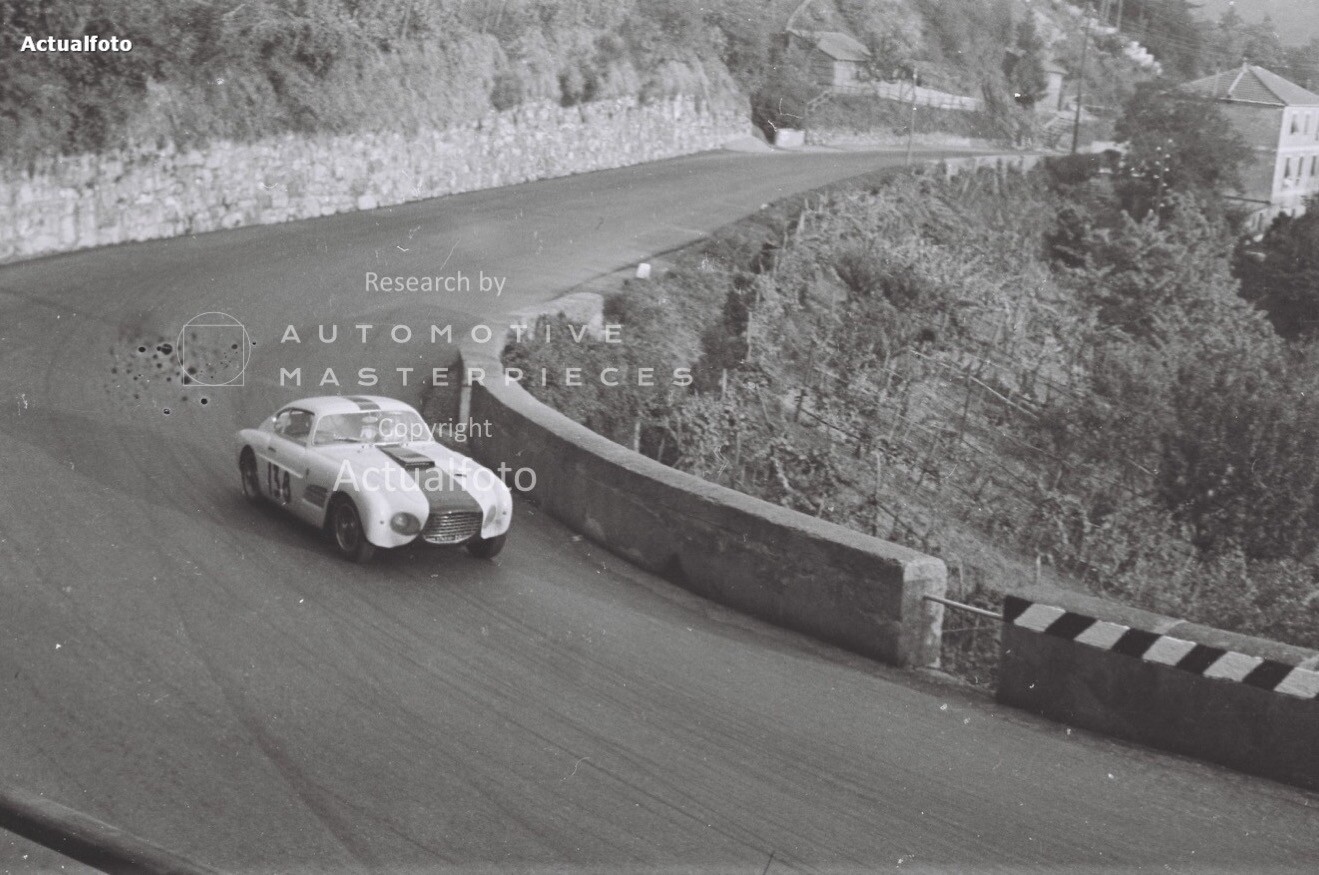 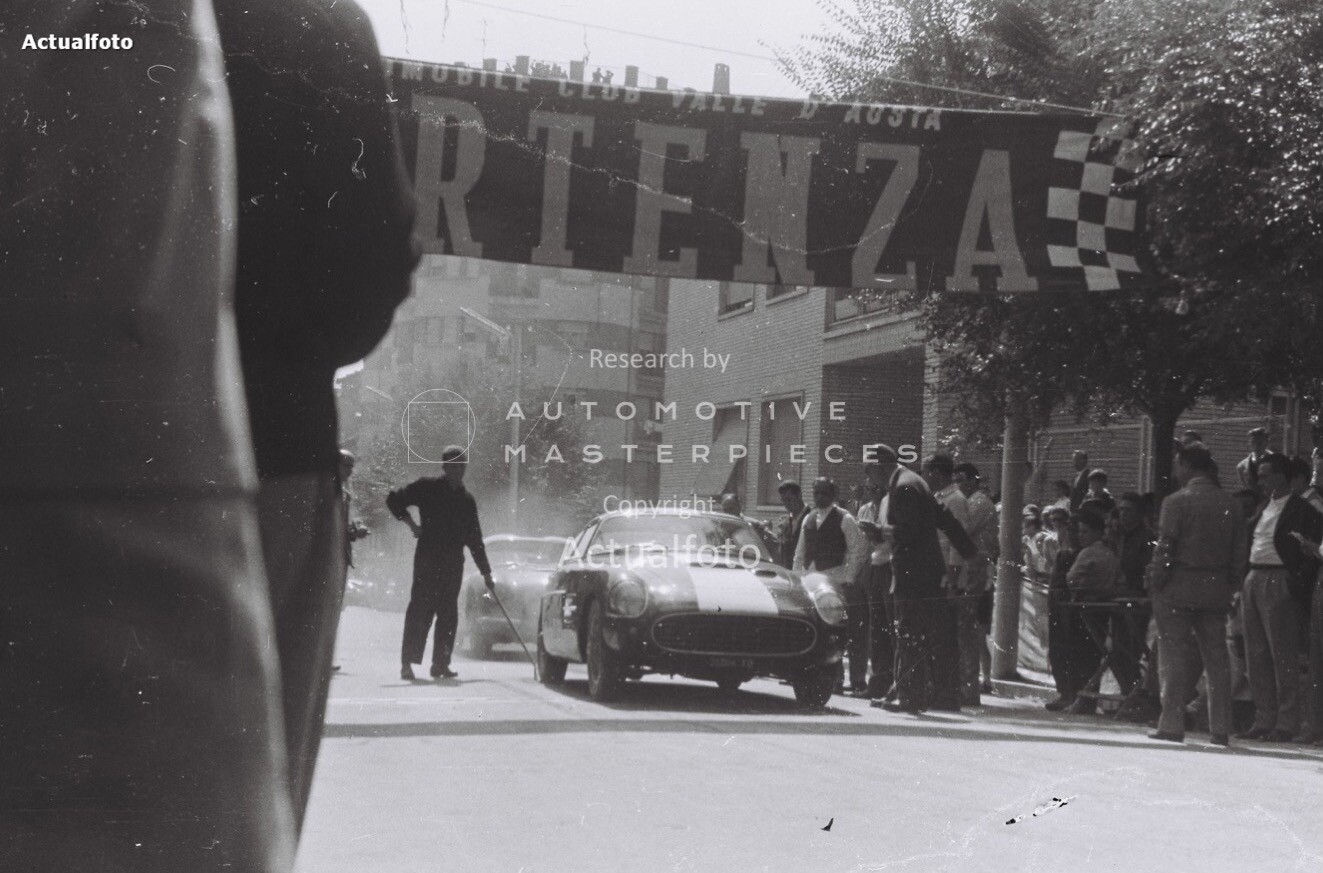 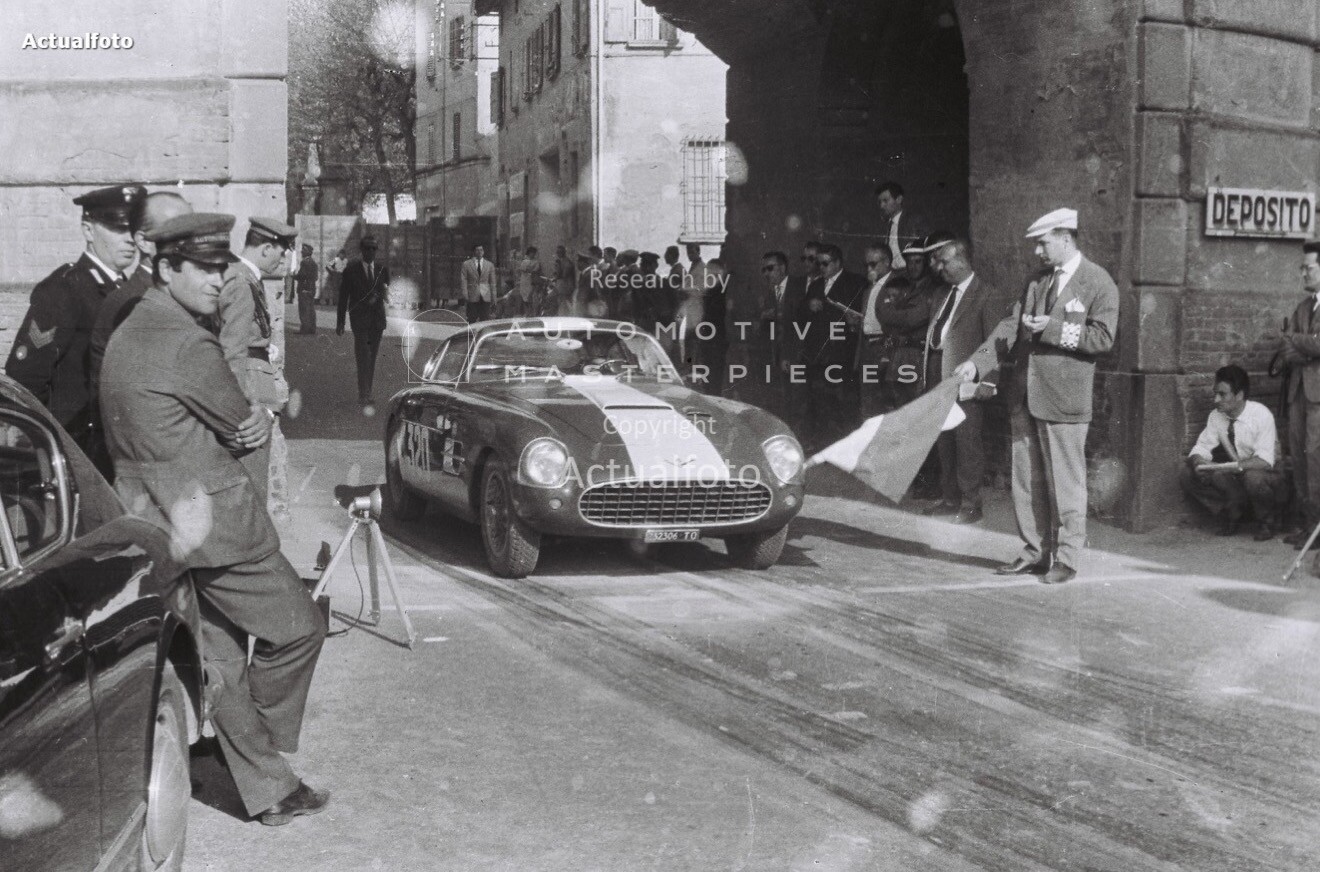 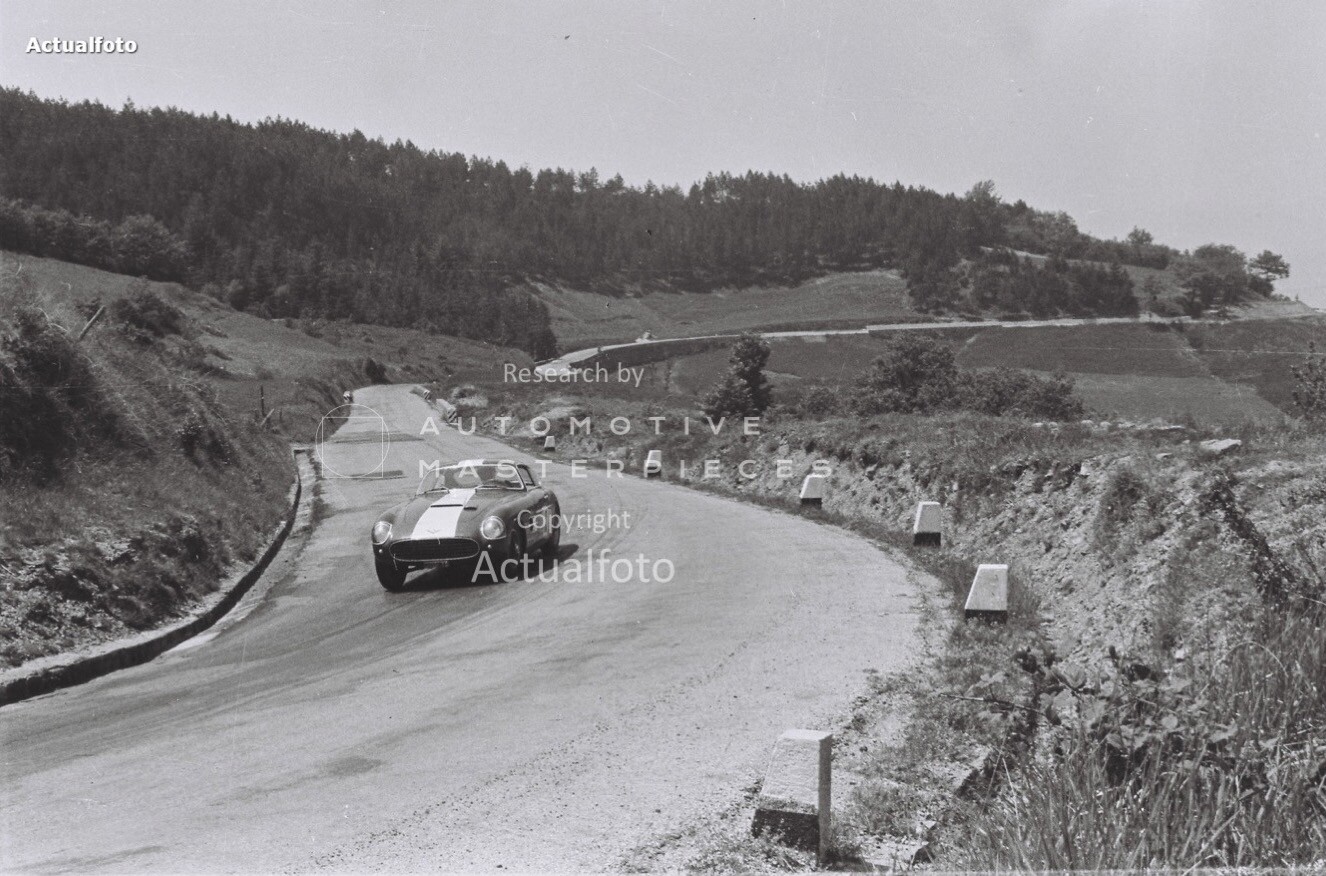 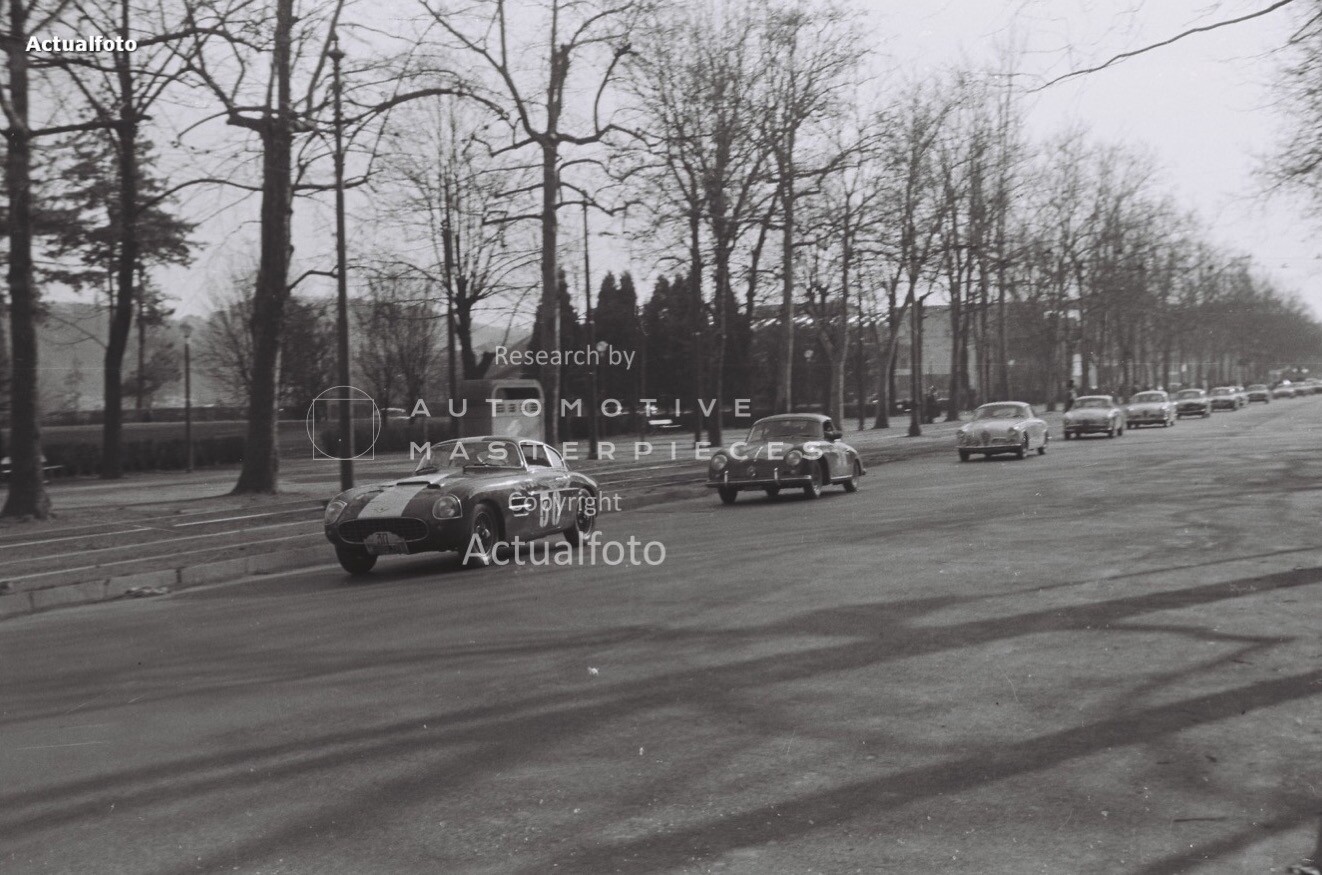 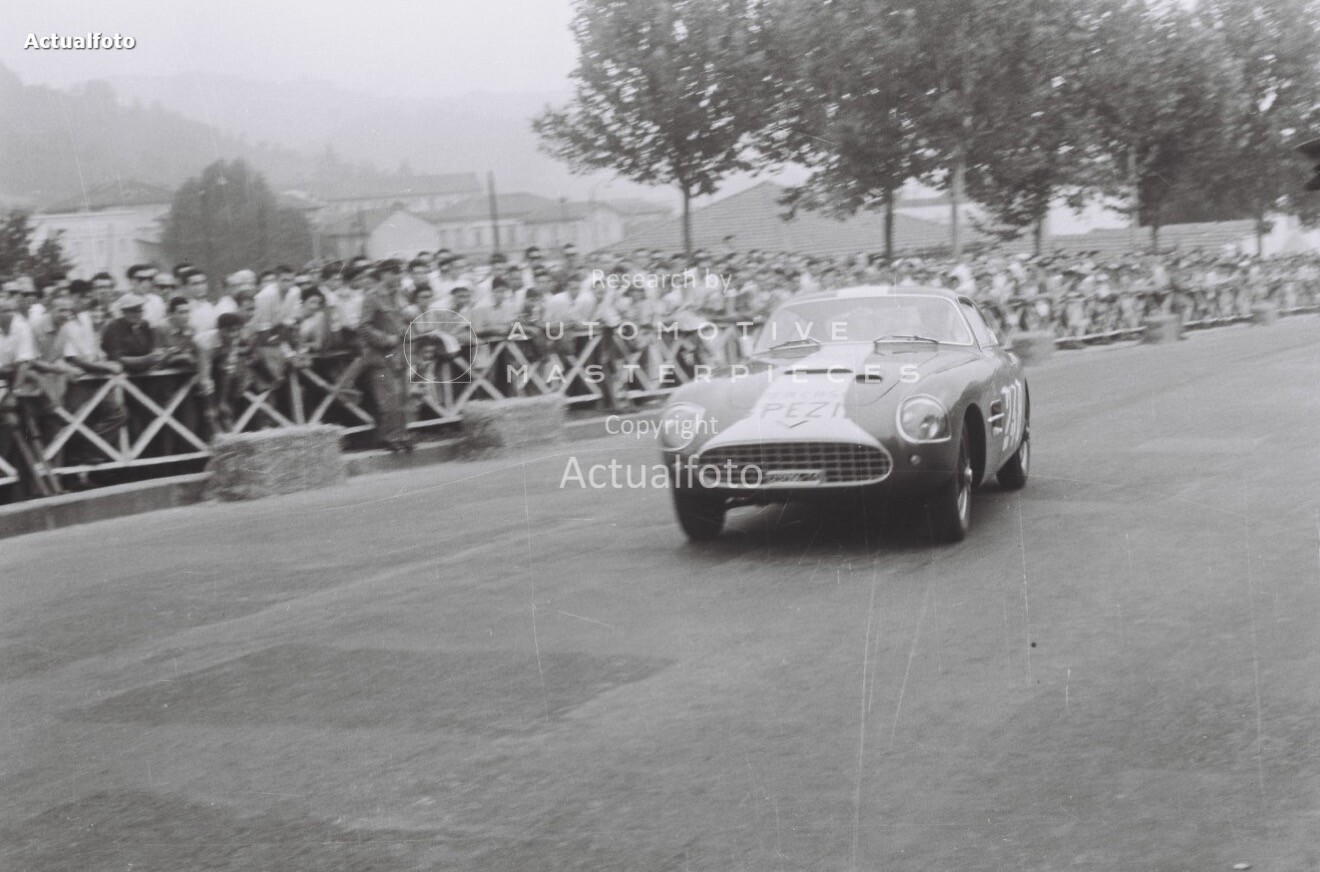 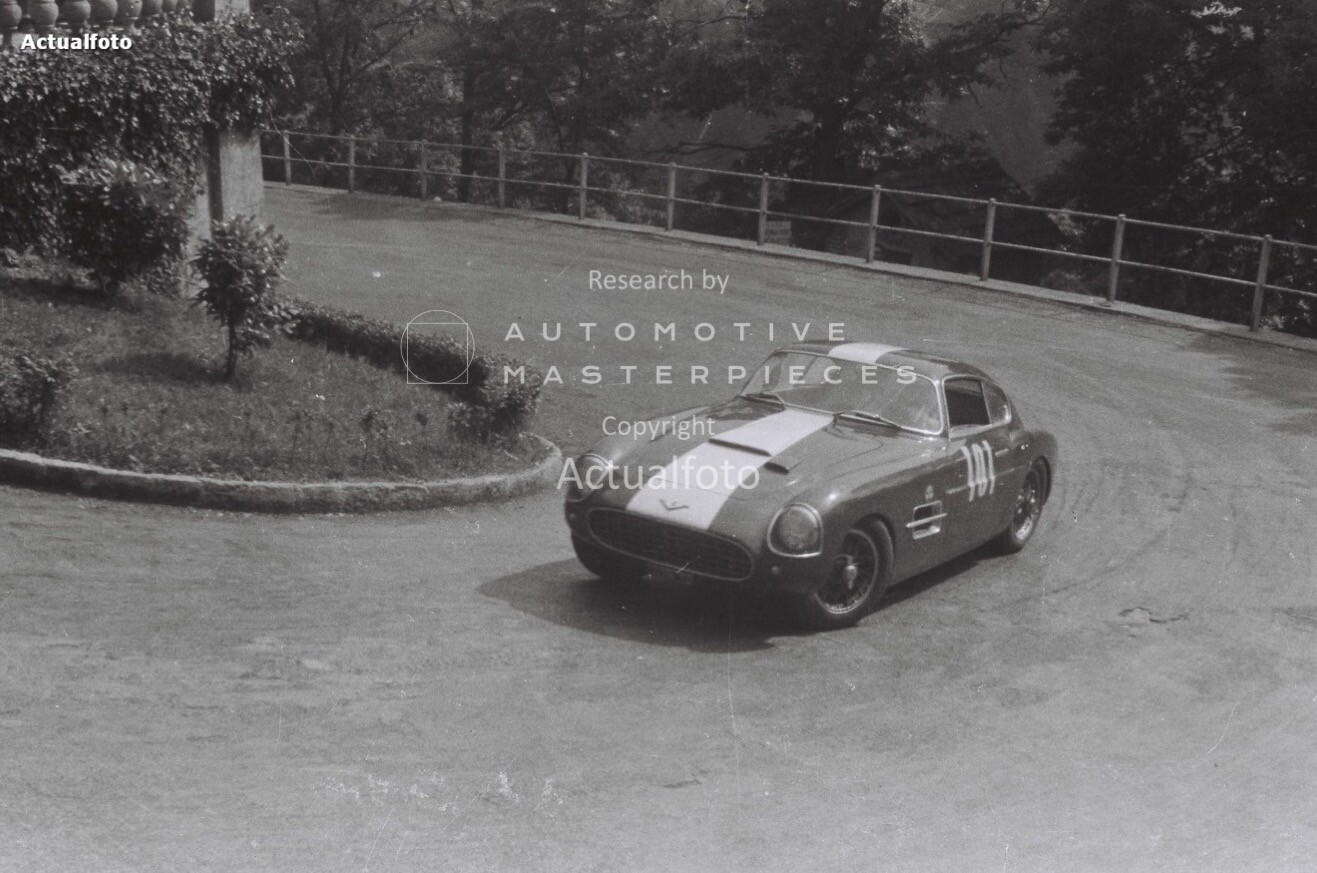 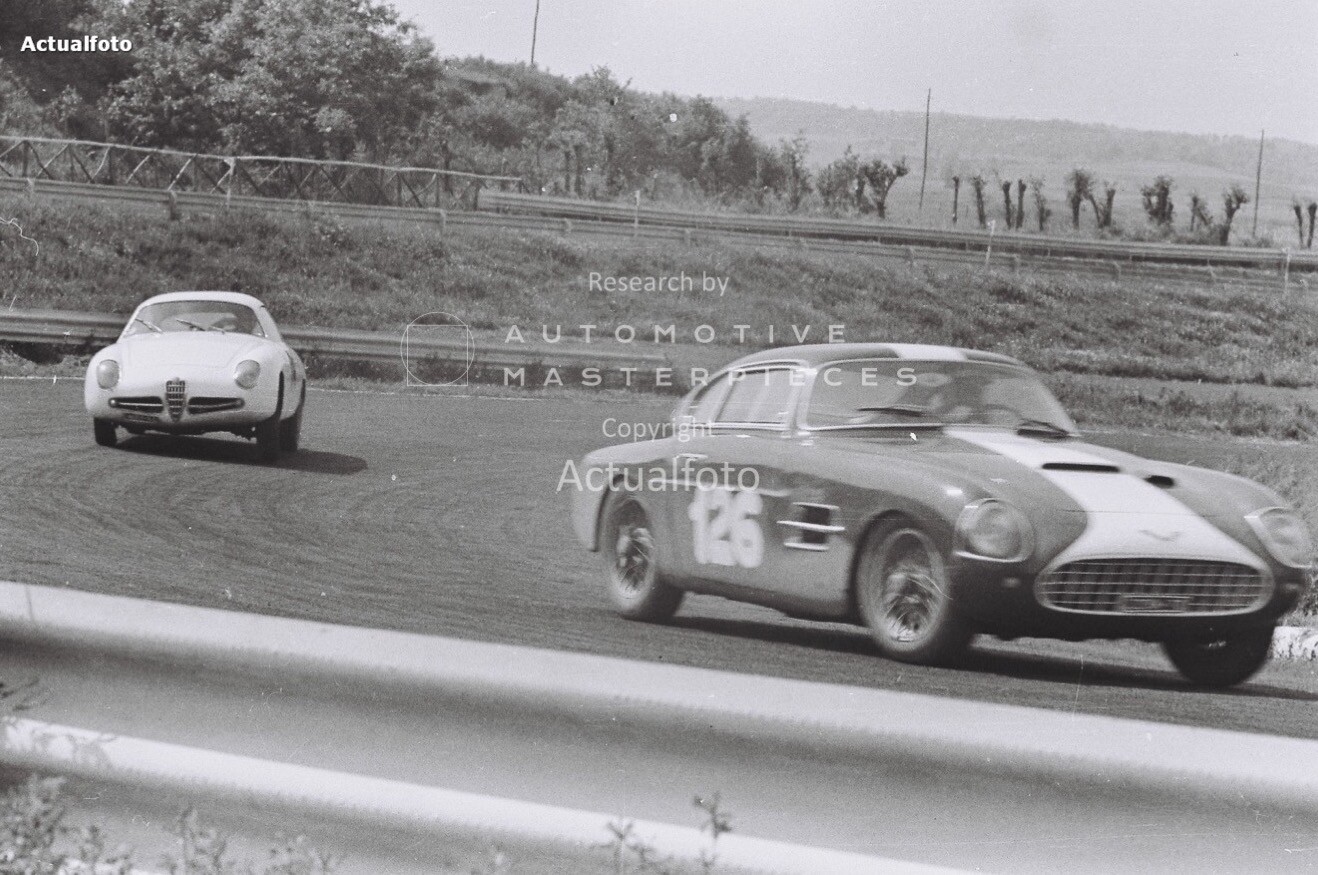 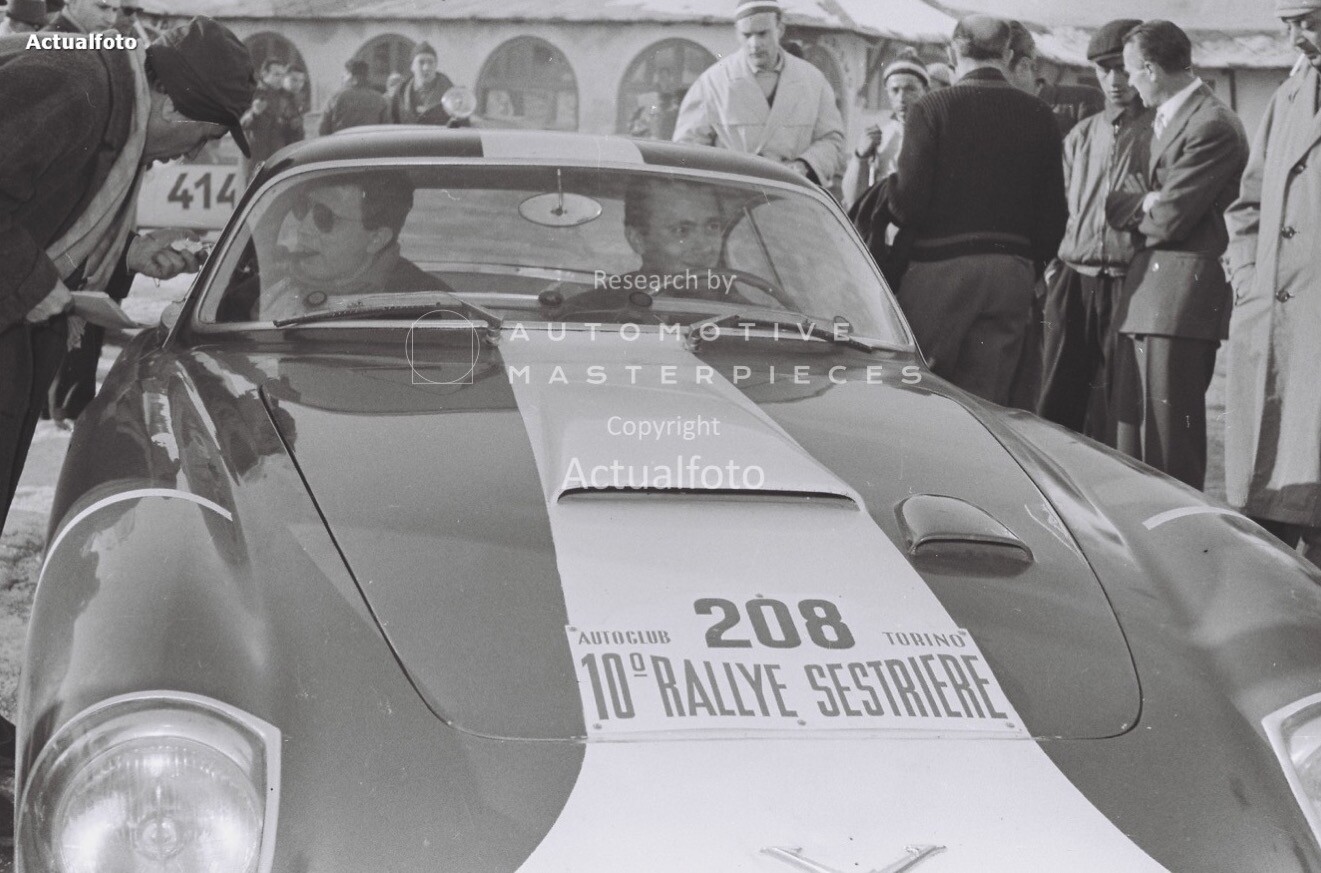 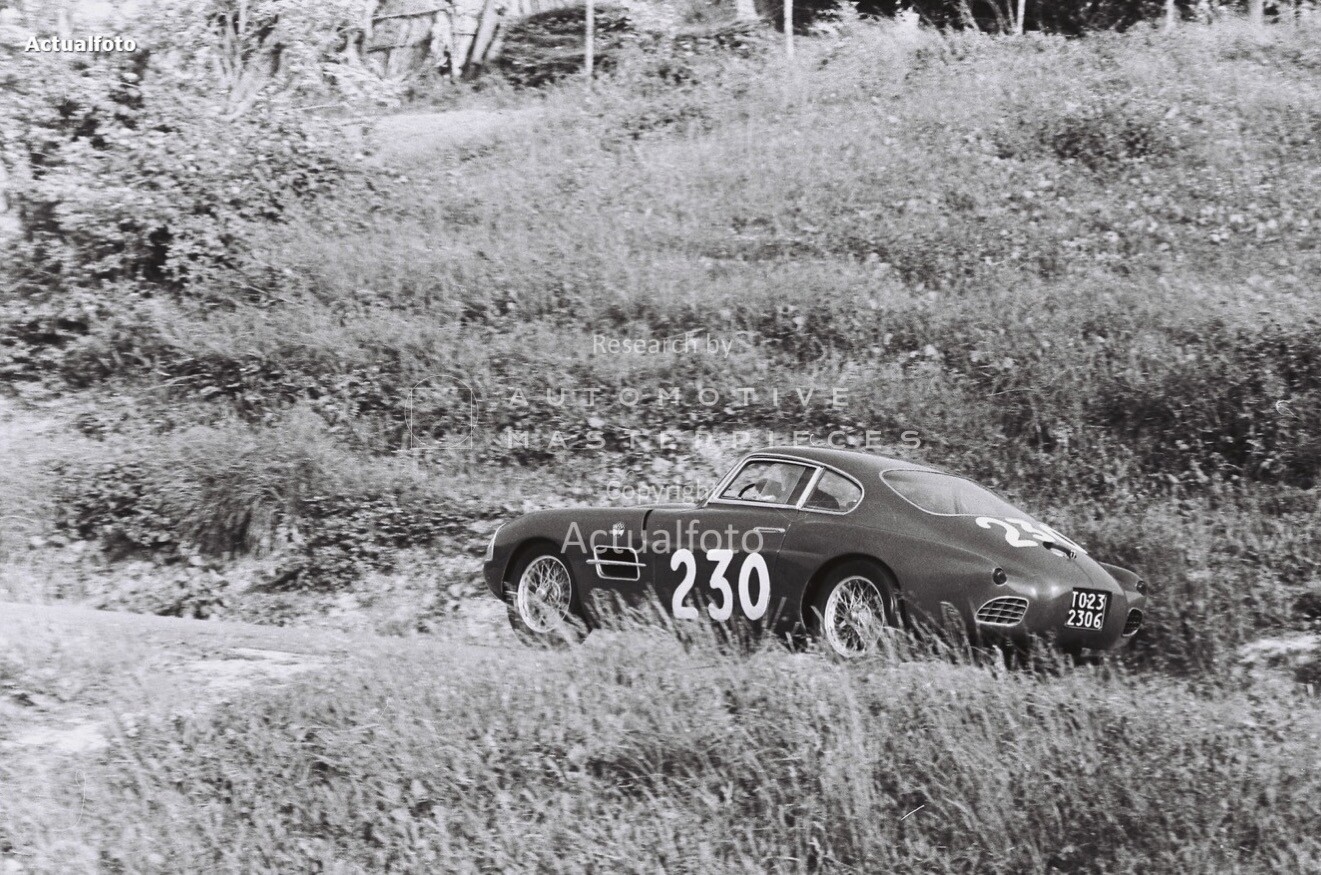 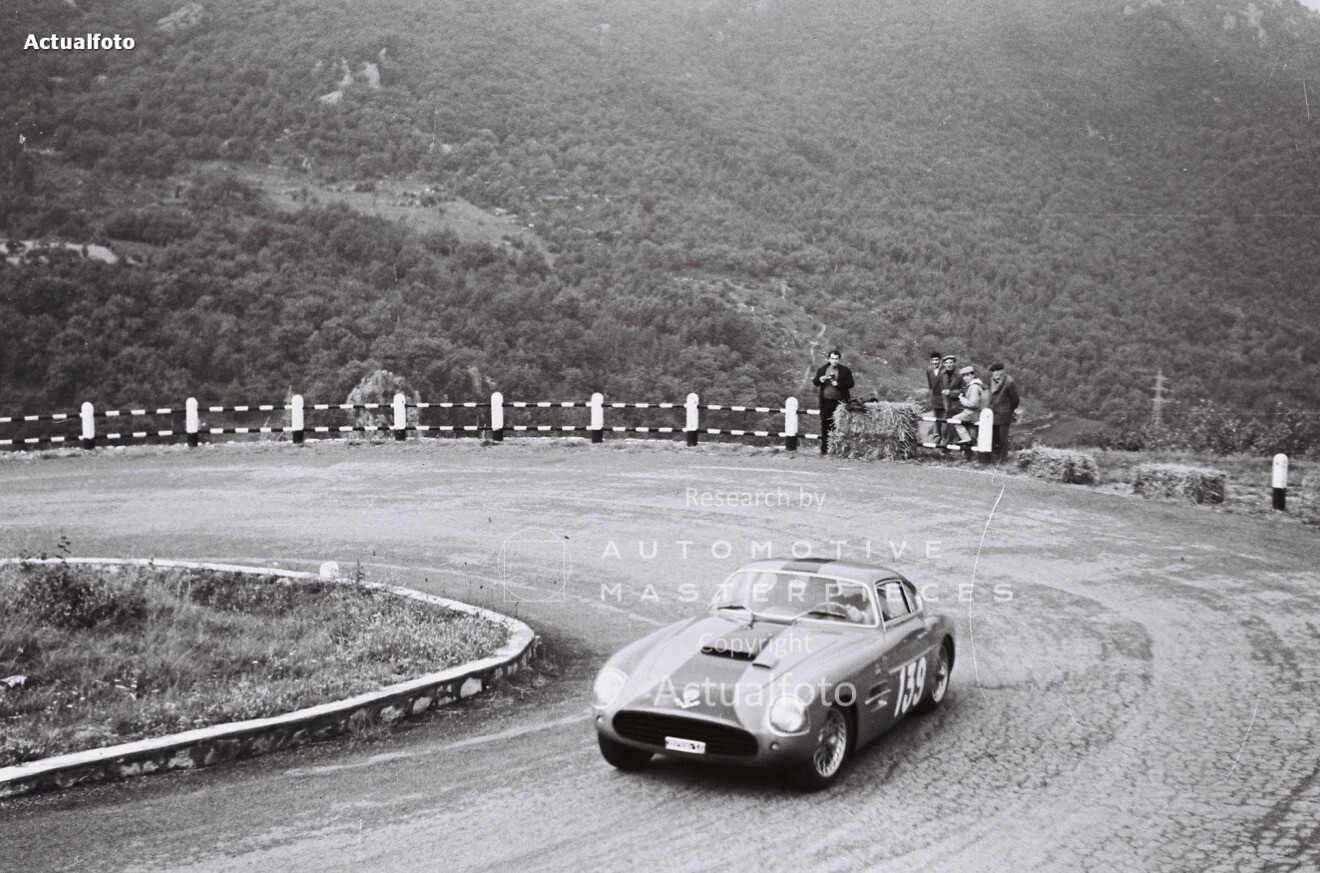 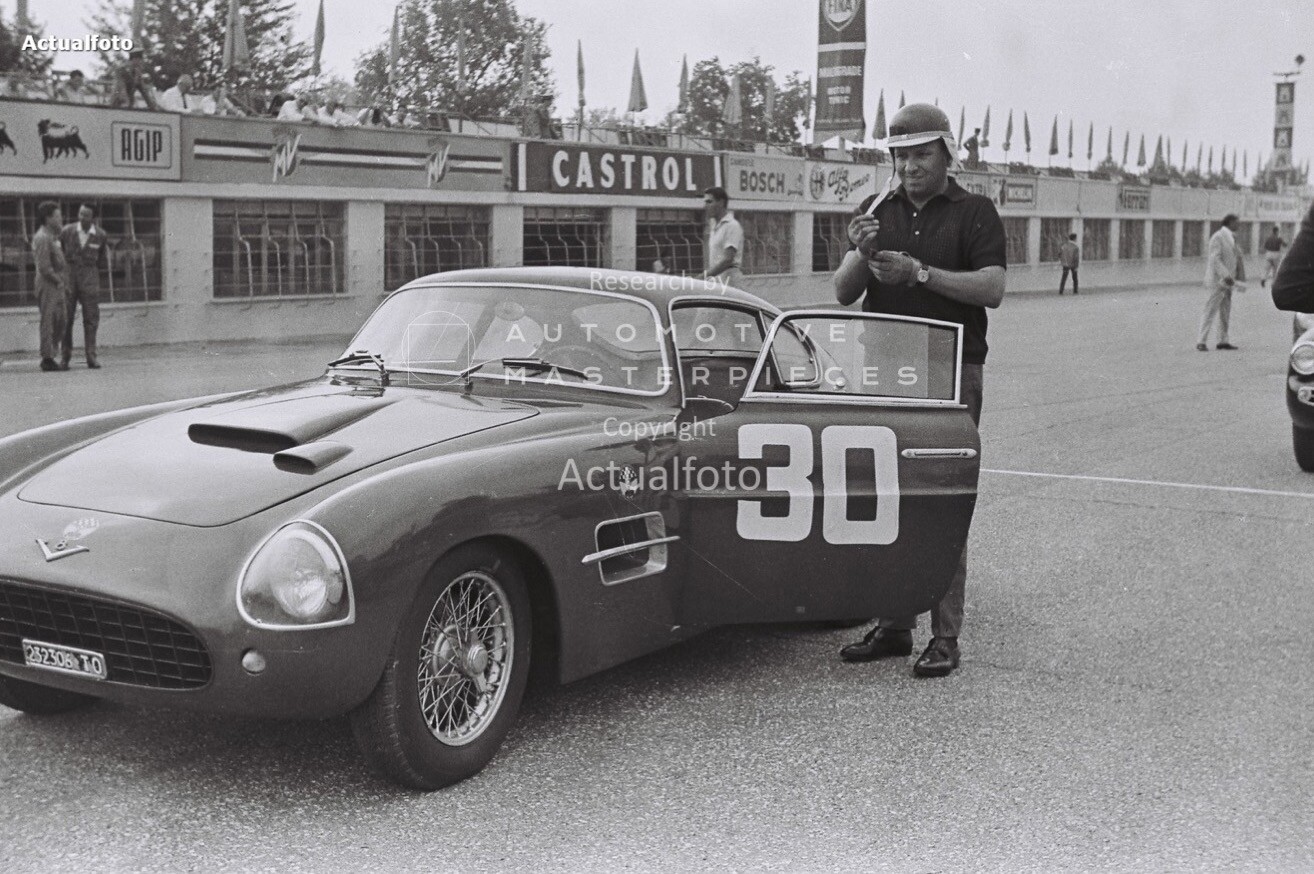 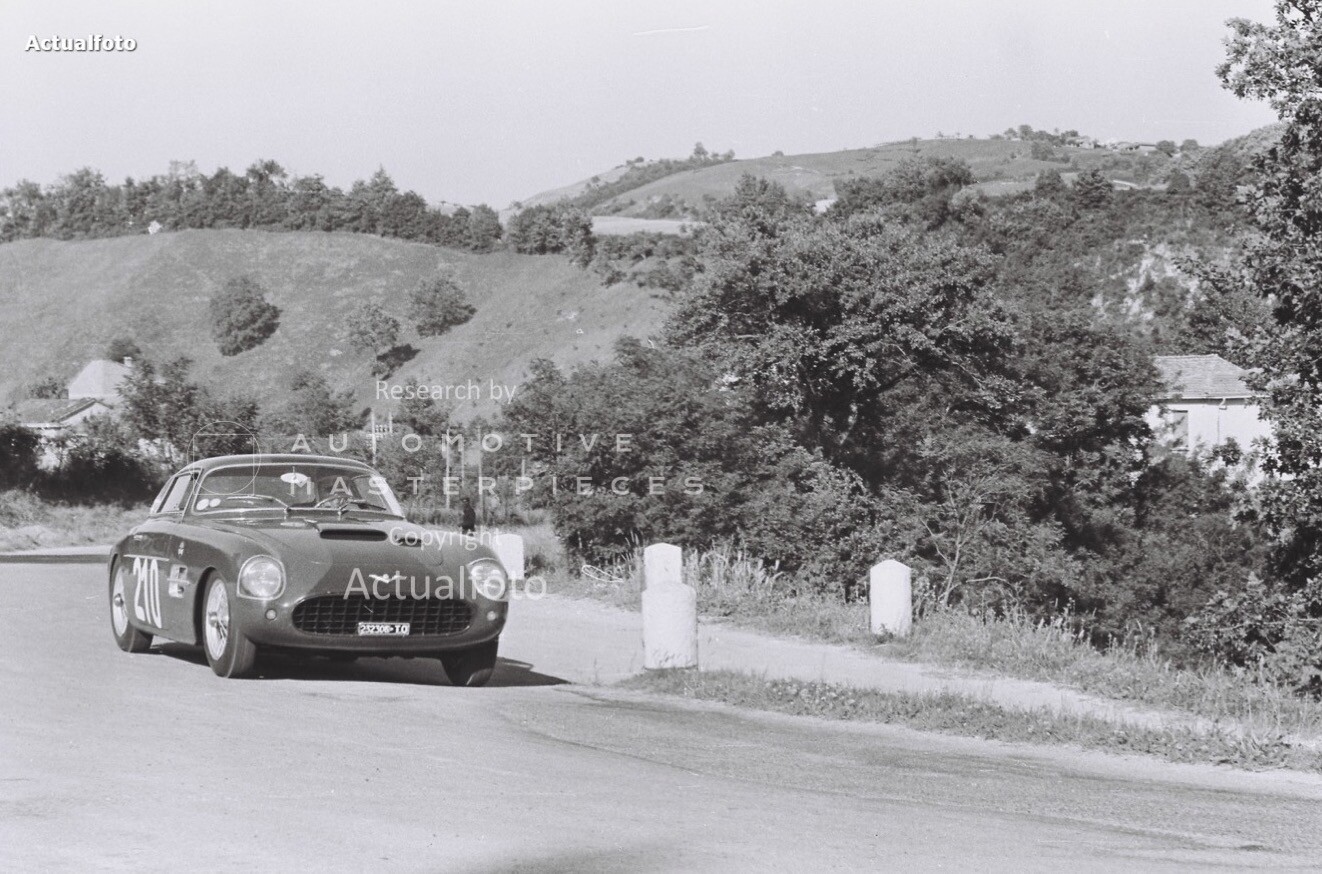 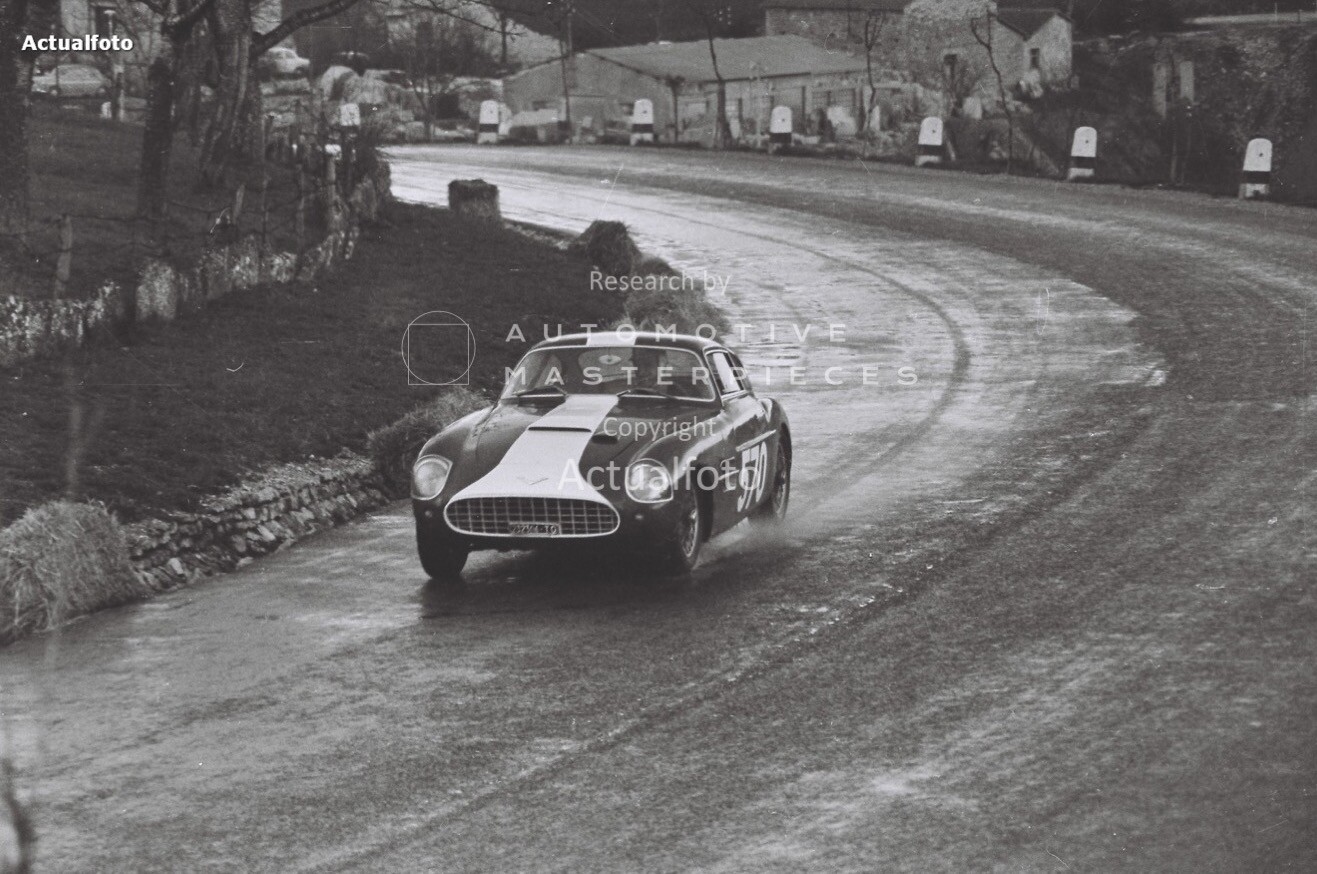