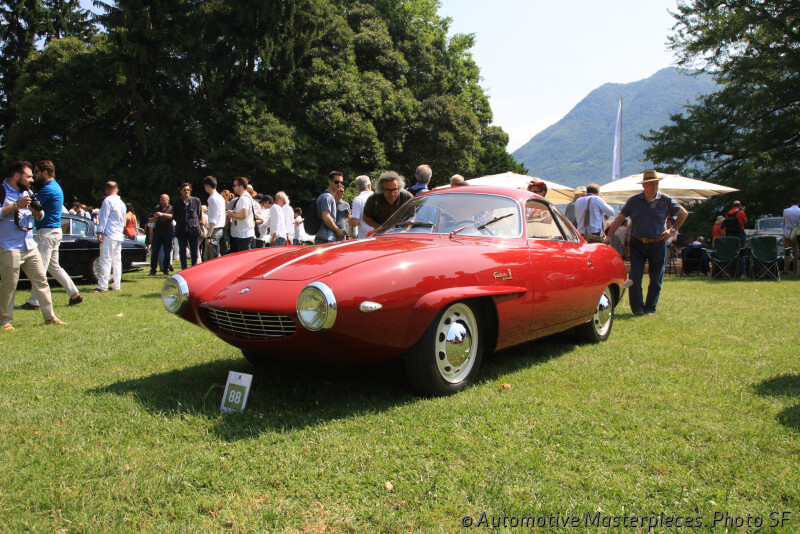 A triple success achieved by a unique vehicle. The Alfa Romeo Giulietta SS Prototipo was awarded “Best of Show” on Sunday evening when the Concorso d’Eleganza Villa d’Este 2017 held in Cernobbio, Northern Italy, celebrated its crowning finale. The Jury conferred the most important award of the competition – the Trofeo BMW Group – on the unique special from the year 1957. Besides being acknowledged as a class winner in the category “Supergioiello – Little Toys for Big Boys” the coupé contoured with streamlined styling was also rewarded by visitors in the public referendum and won the Trofeo BMW Group Italia.

The car was already counted among the AUTOMOTIVE MASTERPIECES.

The Concorso d’Eleganza Villa d’Este is regarded as being the world’s most exclusive and traditional beauty contests for historic automobiles and motorcycles. Once again this year, the vehicle pageant staged jointly by the BMW Group and the Grand Hotel Villa d’Este lived up to this reputation. The selection of vehicles, the ambience on the shoreline of Lake Como and the knowledgeable and enthusiastic public audience generated an absolutely unique atmosphere. The Concorso d’Eleganza Villa d’Este is also a unique event of its kind that presents modern concept vehicles and prototypes alongside rare historic treasures.

This year’s motto of the Concorso d’Eleganza Villa d’Este 2017 is “Around the World in 80 Days – Voyage through an Era of Records”. It comes from the novel by Jules Verne and harks back to the era at the end of the 19th century. This was a time when rapid technological progress enduringly expanded the opportunities for mobility and covering large distances. The field of participants was also drawn from different parts of the globe with competition vehicles from 16 countries.

The members of the two Jurys were made up of renowned experts in vehicle history and well-known enthusiasts. They conferred awards on the individual class victors and the winners of numerous special prizes selected from the 51 automobiles and 40 motorcycles being showcased at the Concorso d’Eleganza Villa d’Este 2017. “Here before us, we can see eight wonderful class winners, each of which could also have deservedly earned overall victory,” declared Ulrich Knieps, Head of BMW Group Classic and President of the Concorso d’Eleganza Villa d’Este at the grand finale with the “Best of Show” for historic automobiles. “The Jury’s selection of the Alfa Romeo Giulietta SS Prototipo has conferred the award on a particularly fascinating representative of automobile history that is utterly unique. This decision is entirely in the character of the Concorso d’Eleganza Villa d’Este.”

The “Best of Show” for the year 2017: synthesis of fact and fiction.

The victorious Alfa Romeo Giulietta SS Prototipo chassis 00001 was designed by Franco Scaglione (1916 – 1993) in 1957. The chief stylist at the time of the great Italian coachbuilder Bertone developed the coupé based on three aerodynamic studies that emerged from the cooperation between Bertone and Alfa Romeo from 1953 to 1955 under his leadership. To this day, they are known as B.A.T. Mobiles – the acronym stands for Alfa Romeo Berlinetta Aerodinamica Tecnica. The prototype had an equally elegant and streamlined alloy body. A four-cylinder engine generating 100 hp was mounted under the bonnet and this prototype was a precursor for the series model Alfa Romeo Giulietta Sprint Speciale presented in 1959. It can therefore be considered as a synthesis between fact and fiction.

The car was presented as a prototype (chassis 00001) at the Turin Motor Show in 1957, and was a great success. It was called "Sprint Speciale" but the forms was still too extreme for the production and so was reviewed in the second prototype (chassis 00002) exhibited in Geneva in 1958. 00001 was sold in 1960, and the recent restoration brought back the original shape. The body is in aluminum alloy, a feature of the first prototypes of SS only. The car ran the first historical revival of the Mille Miglia in 1977. A curiosity emerged through the research work of AUTOMOTIVE MASTERPIECES is the "Sprint Spinta" nickname attributed to the car by renowned magazines of the time.

The victorious one-off special is owned by Corrado Lopresto. He registered the vehicle at the beauty contest on the shores of Lake Como in the name of Giovanna Scaglione, the daughter of the famous designer, and accepted the prestigious special prize from the hands of Jury President Lorenzo Ramaciotti. “We are overjoyed to have received this prize and doubly delighted because this is the first time that the car has been awarded a prize by a Jury,” declared Lopresto. “I feel sure that the Jury has primarily paid tribute to the design because at the time it was very futuristic. Franco Scaglione was a genius and the automobile sector owes a great debt of gratitude to him.”

The overall victory for the Alfa Romeo Giulietta SS Prototipo means that a vehicle from Italian production has won the most important award from the show presenting classic cars on the shores of Lake Como for the fourth time in succession. The successful home performance of the Alfa was completed by winning the Trofeo BMW Group Italia. This award was the outcome of a public referendum. A majority of the visitors to the park of Villa Erba also voted for this unique special from Bella Italia.

The most traditional prestigious award – the Coppa d’Oro Villa d’Este is also conferred by public referendum. This special prize was awarded on Saturday to the Lurani Nibbio record-breaking vehicle built in 1935. The visitors to the park of Villa d’Este were enthused by the pristine condition of the compact, open single-seater and with its fascinating family history. It is the creation of the Italian journalist, publisher, automobile designer and racing driver Giovanni Lurani Cernuschi, VIIIth Count of Calvenzano (1905 – 1995). He designed and built the vehicle himself and went on to break numerous speed records driving the car.

The BMW Concept 8 Series is the precursor to a luxurious sports coupé that will already be presented in the marketplace next year. The BMW Group uses this coupé to give a vision of a sports car combining uncompromising dynamic performance with modern luxury. The study continues the successful tradition of large coupés from BMW and interprets classic design attributes in a new language of form. This is expressed in clear and precise line contours and powerful choreography of surfaces. 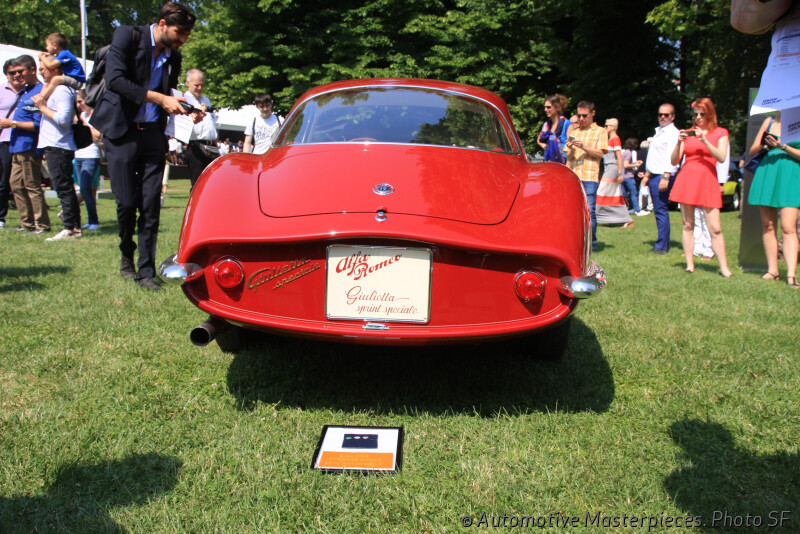 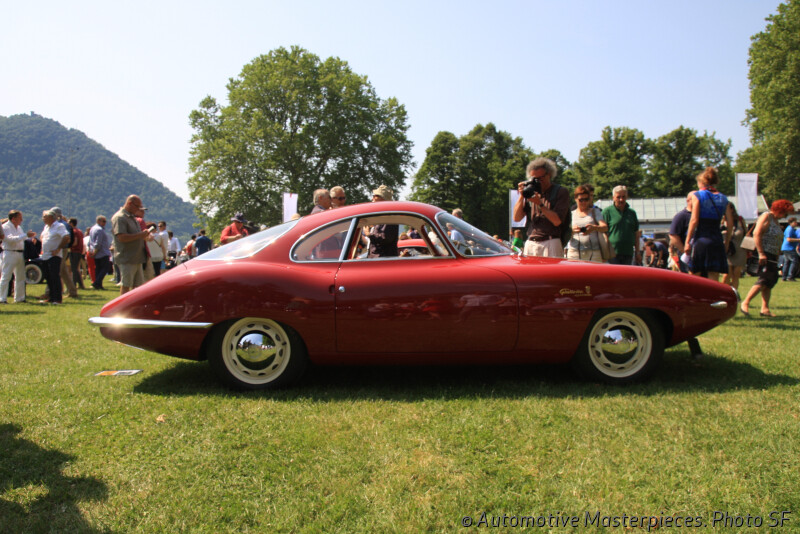 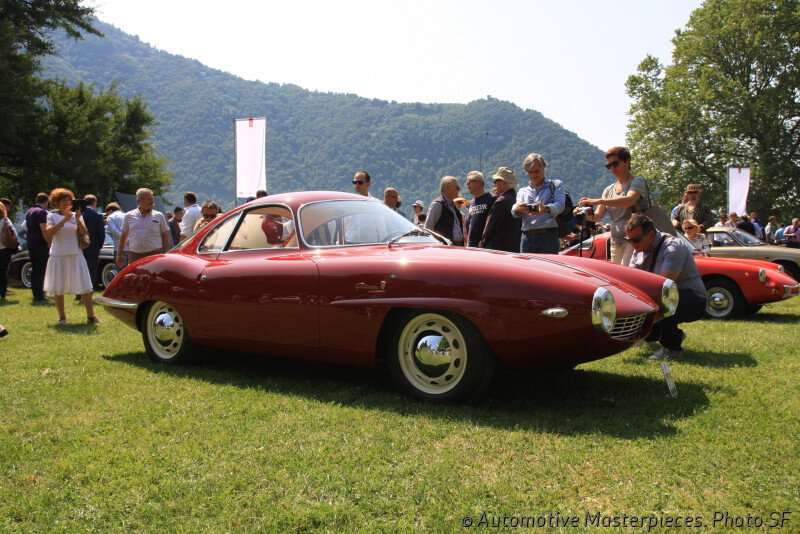 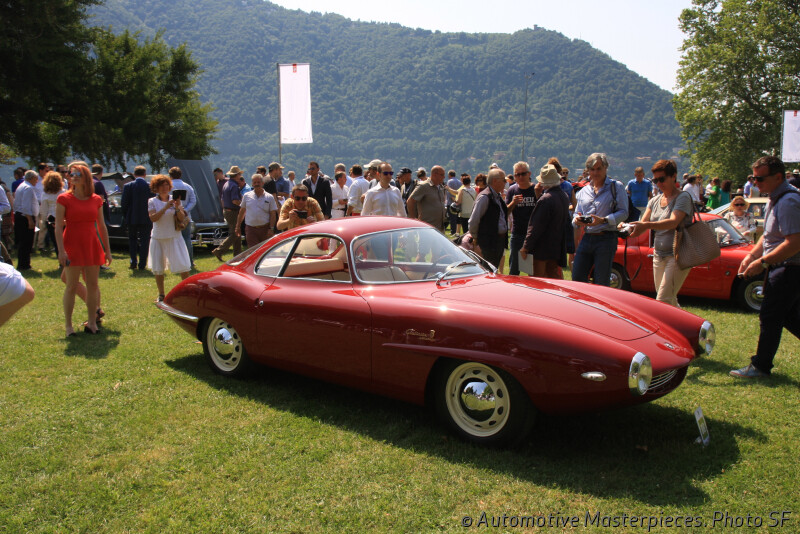 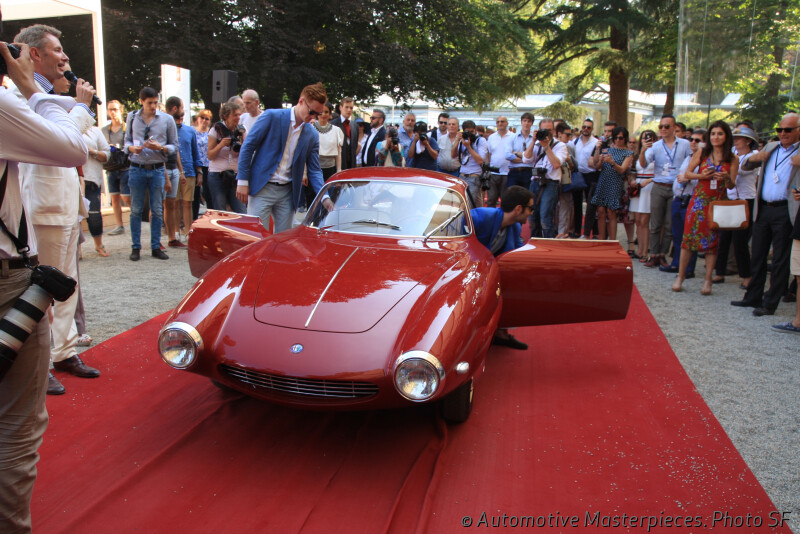 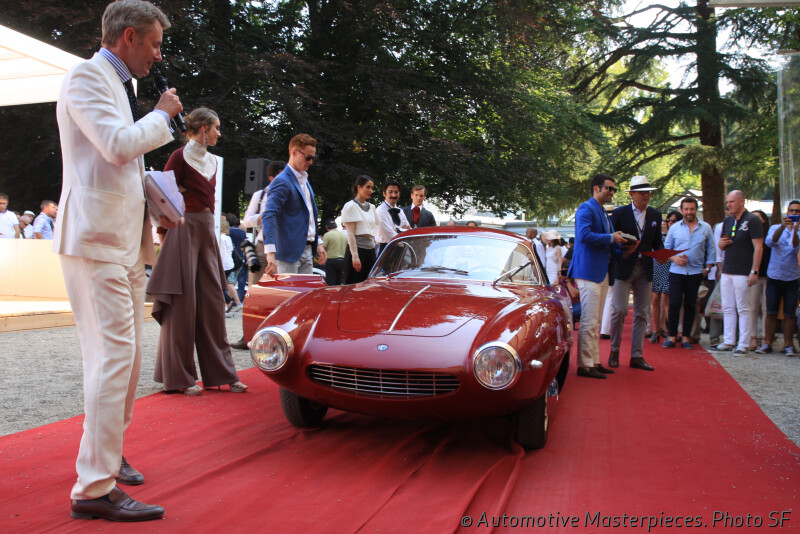 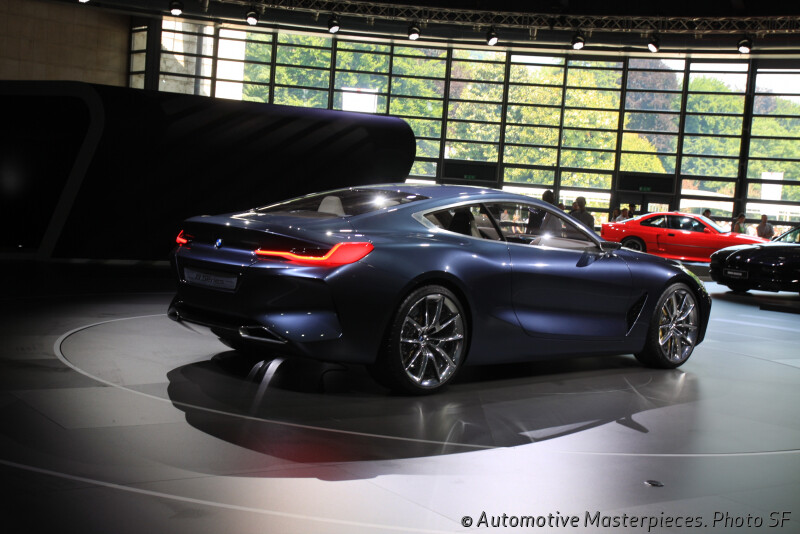 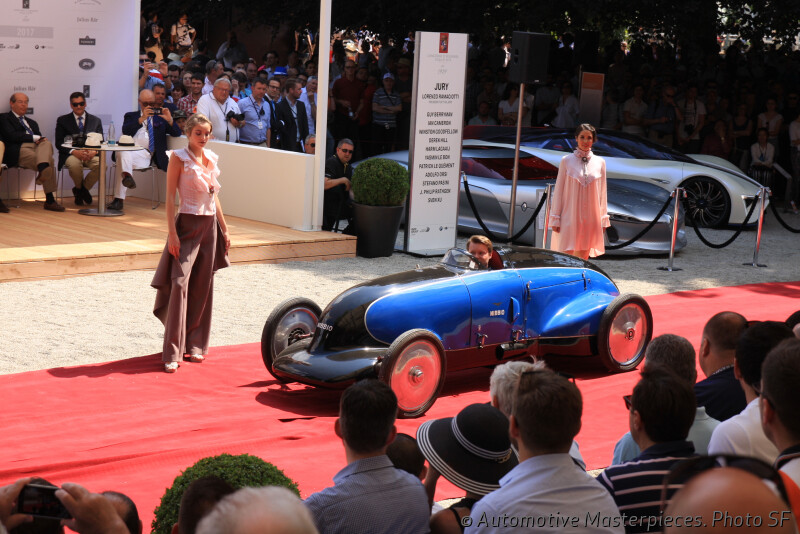 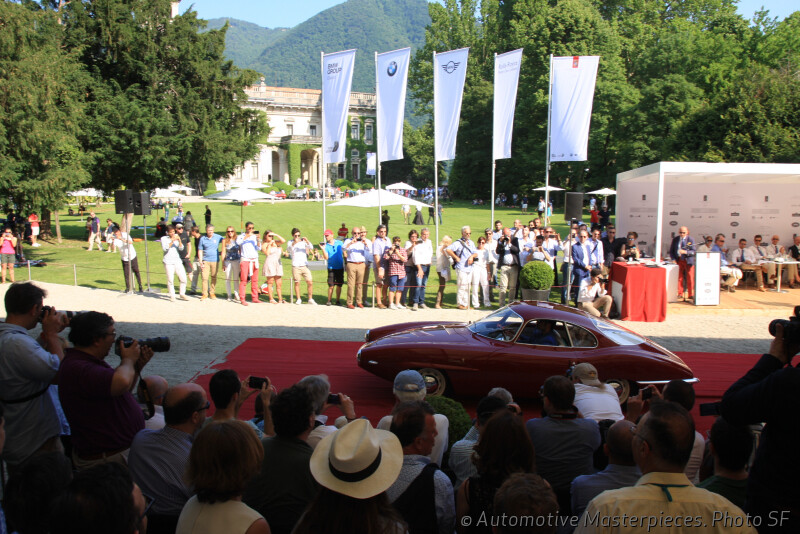 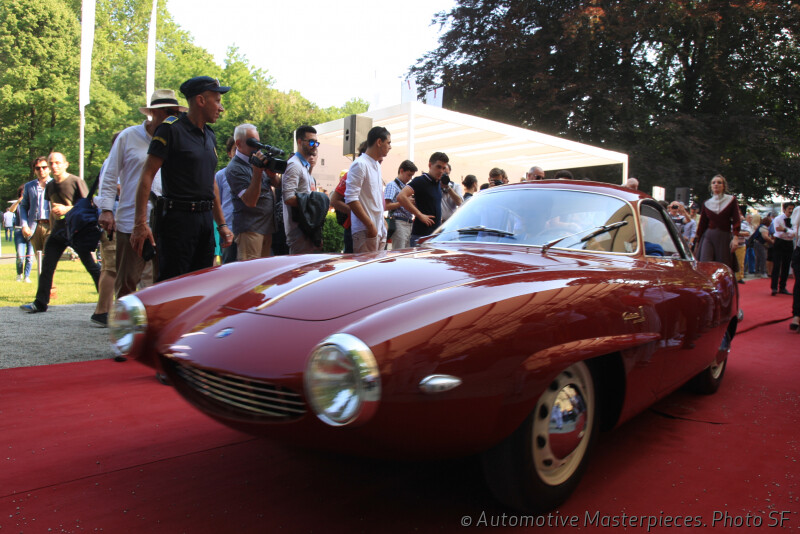 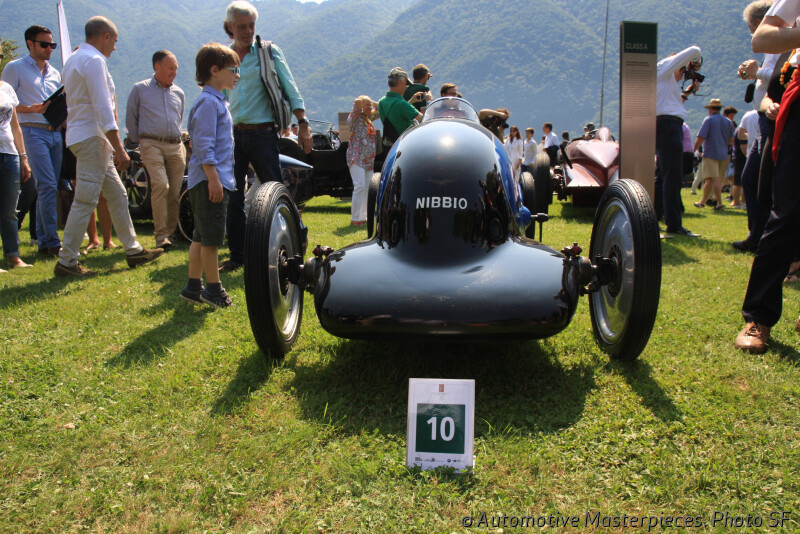 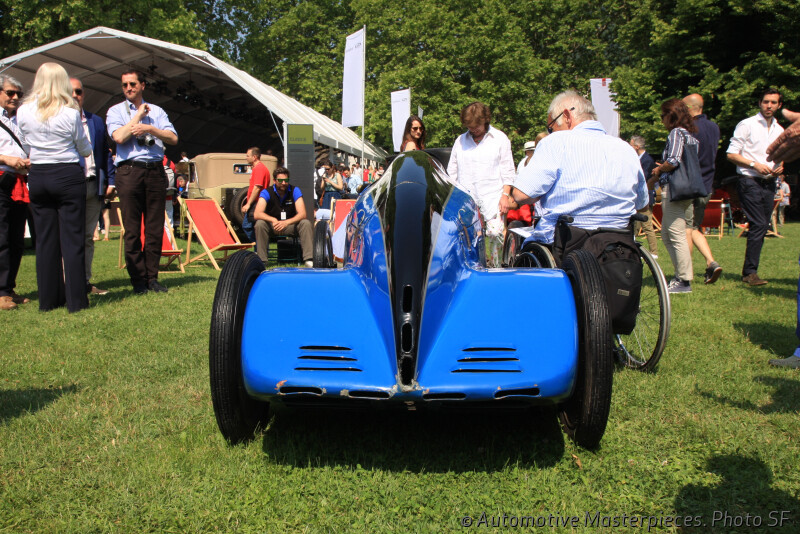 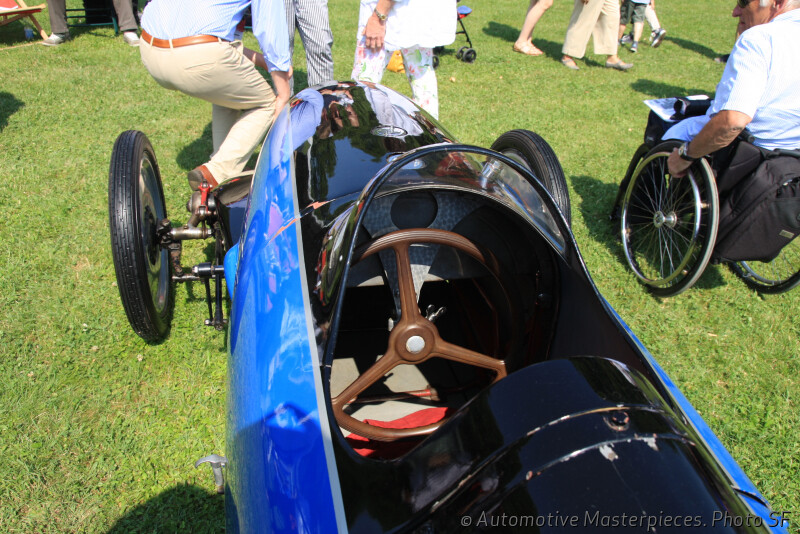 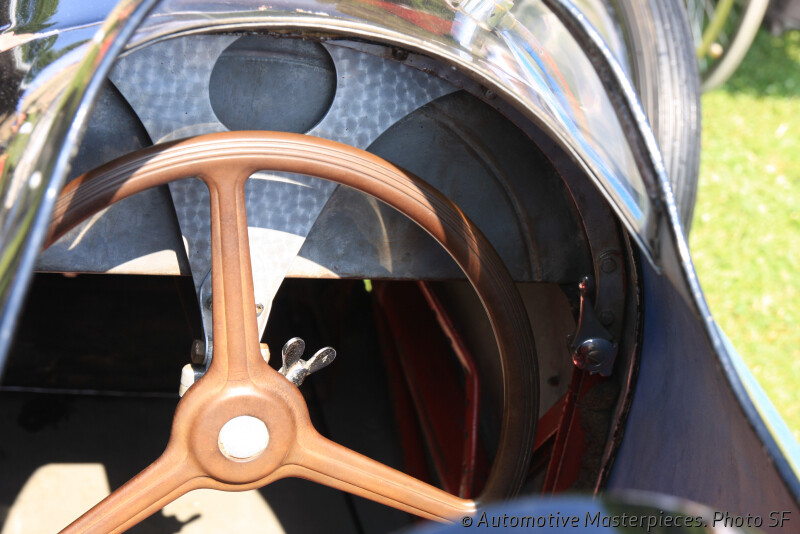 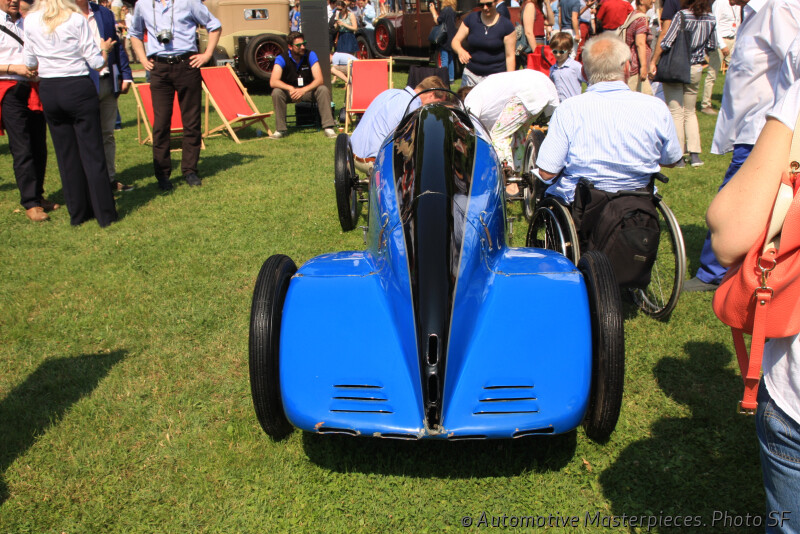 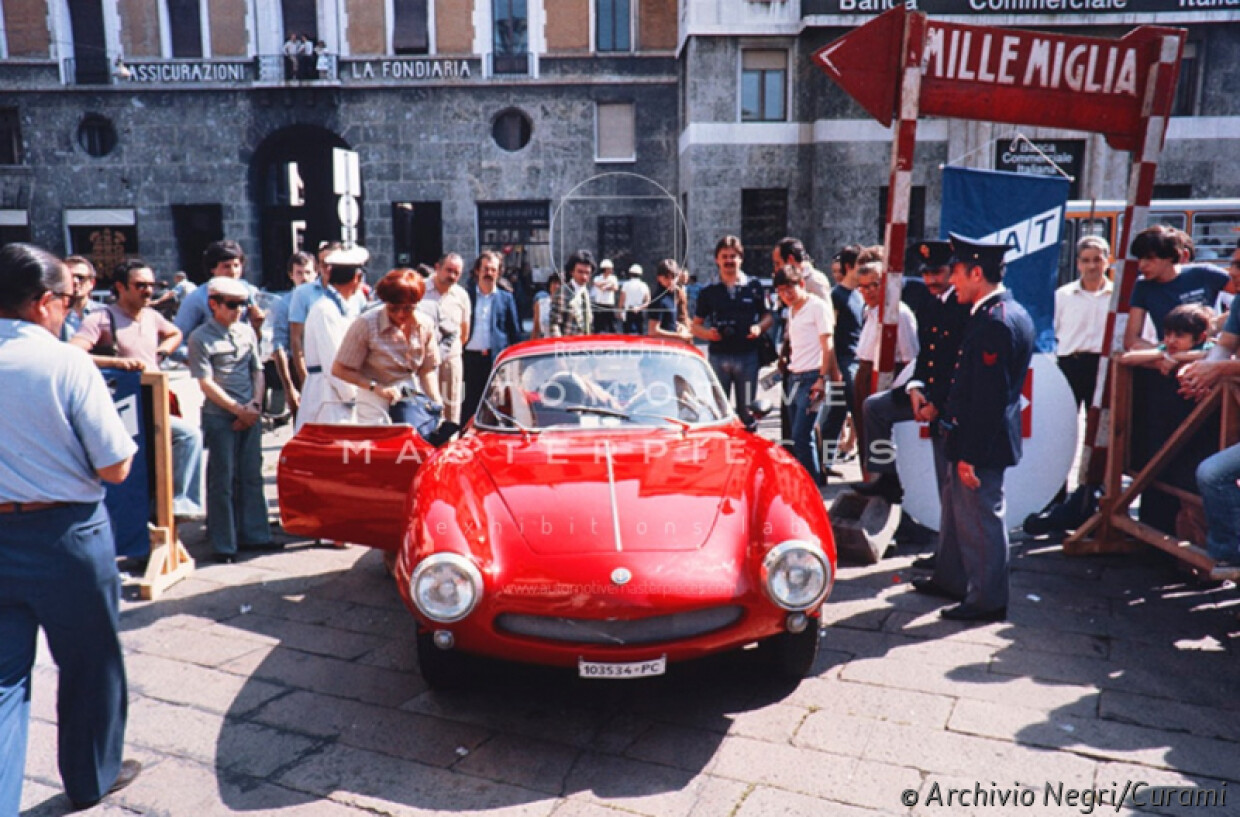