Antonio Fessia, mechanical engineer, born in Turin in 1901. He graduated in 1923, joined Fiat in 1925 and follows his appointment as Deputy Director Office technical (cars and wagons); in 1932 it becomes Technical director aircraft engines. In 1936 he was appointed director of the Office Technical Central of mechanical engineering, holding until 1946, when it leaves Fiat to advance to CEMSA of Saronno, part of the Caproni group. Between 1950 and 1955 he collaborates with Ducati Bologna, Pirelli and NSU-Fiat. In 1955 he was hired by Lancia, first as a consultant and then as a technical Central director. Here realizes the Lancia whose name begins with F: Flaminia, Flavia and Fulvia, the latter two characterized the front-wheel drive. 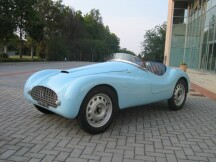 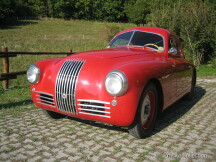