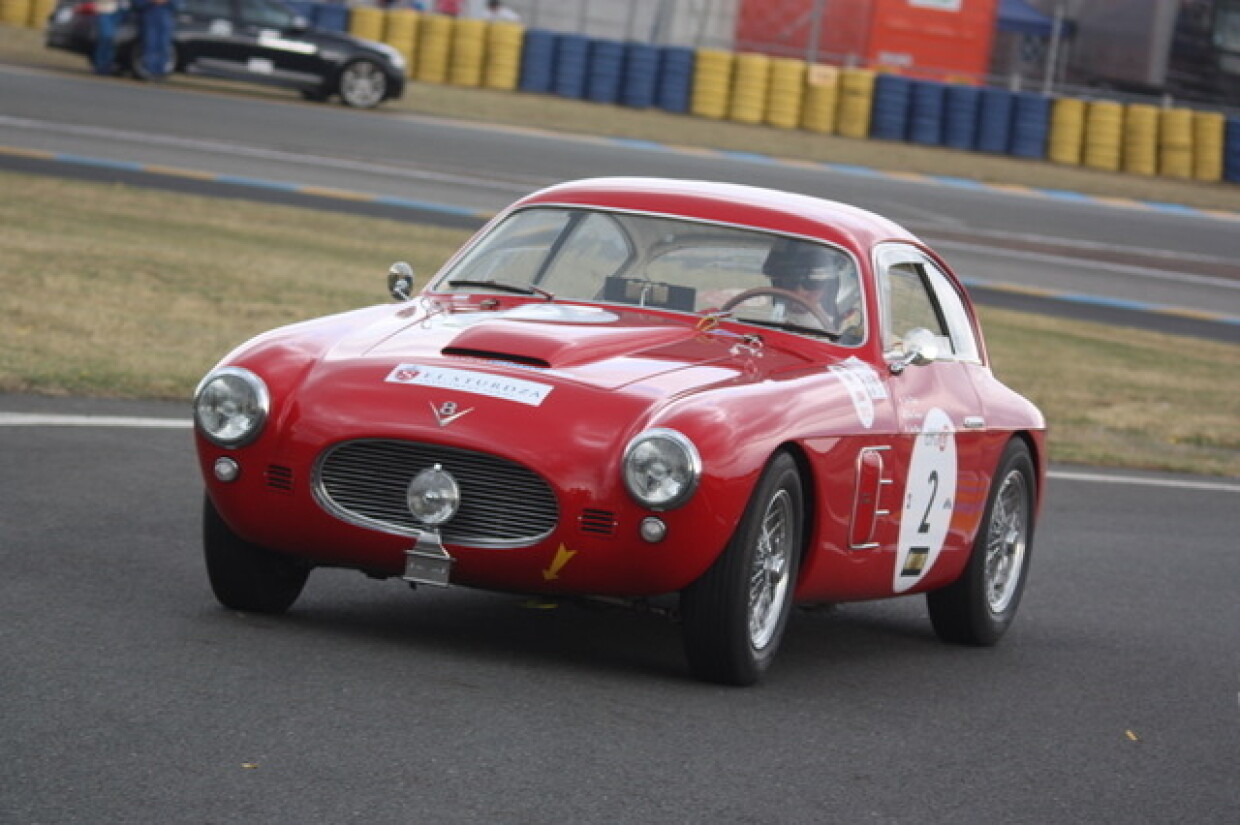 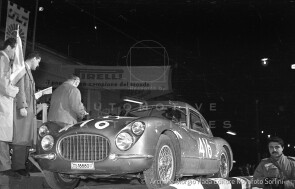 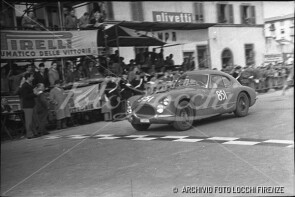 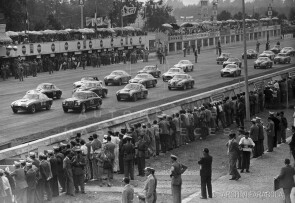 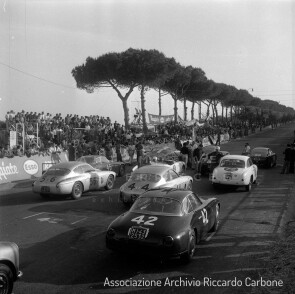 Share on
Owner Private collection
Born with bodywork "Carrozzerie Speciali Fiat" II series, evolved into a Zagato model. It raced the 1954 Mille Miglia and competed on important tracks until 1960.

In the postwar period, Fiat was working on an eight-cylinder engine internally known as Tipo 106. The engine was originally designed by Dante Giacosa for a luxury sedan, but that project was stopped.

Rudolf Hruska, at the time working at the S.I.A.T.A., was given the task to design a car around the V8 engine. The development took place in absolute secrecy. As not to stress the experimental department of Fiat, production of the chassis was also taken up by S.I.A.T.A.

Styled by chief designer Fabio Luigi Rapi, the Fiat 8V or “Otto Vù” was presented to the Italian press in February 1952 and first exhibited the following March at the Geneva Motor Show.

The car shapes saw several changes in time: the prototype used an art deco grill that extended into the hood. A second series was made featuring four headlights with some of the later cars having a full-width windscreen.

A high-performance coupé, destined to compete in the GT class: the 2-liter 8V model was a departure from the usual Fiat production. It was really welcomed by Italian private drivers, it inspired the tuners and it was, in a word, the car to beat in the 2-liter class, also thanks to the special versions built by Zagato or Siata.

The Fiat V8 had a 70° V configuration of 1996 cc of displacement, at 5600 rpm the engine produced 105 hp (78 kW) in standard form with double two-barrel Weber 36 DCS carburetors, giving a top speed of 190 km/h (118 mph). Some engines were fitted with huge four-throat Weber 36 IF4/C carburetors offering 120 bhp, but the intake manifold was very rare. The Fiat 8V is the only eight-cylinder built by Fiat. The engine was connected to a four speed gearbox. The car had independent suspension all round reworking the Fiat 1100 ones and drum brakes on four wheels.

As the body was welded to the chassis it was a semi-unitary construction.

Only 114 of these high-performance coupés had been produced, 63 with a “Fiat Carrozzerie Speciali” body, 34 first series and 29 second series.

It was made available anyway in different body styles, offered by the factory and by various coachbuilders like Zagato, Pinin Farina, Ghia and Vignale.

The production ceased in 1954.

The car with chassis 106.000088 was born with a first bodywork "Carrozzerie Speciali Fiat" of the type II series, designed by Fabio Luigi Rapi. It was one of the first examples produced as the II series. The first example of series II chassis, in fact is 000067 but, from chassis 000068 to 000085 we have care mainly dressed by Zagato and some other examples of external coach builders, such as Pinin Farina or Vignale. Chassis 000088 is therefore the 4th dressed as series II. With this bodywork, the car began an intense competitive activity that led it to race in 1954 on the most important tracks: Mille Miglia, Coppa Intereuropa, Coppa della Toscana, Trieste - Opicina, Trento - Bondone, Coppa del Pasubio, Chiusaforte - Sella Nevea, Bolzano - Mendola. The car is presented in the race with the white plate with black characters of the "Territorio Libero di Trieste" which had its own regulations and a separate register, parallel to the Italian one and is driven by its first owner Pier Paolo Poilucci. At the Coppa d'Oro delle Dolomiti that year, however, it suffered a serious accident, which is assumed to be the probable cause for the replacement of his bodywork. The car, in fact, is transformed into a Zagato model. It will be the 23rd built out of 24 known Zagato 8Vs. The car continued to compete in 1955, while in 1957 it became the property of Gianni Zagato and also raced with Gianni and Elio Zagato; runs until 1960 where it participates in the Gran Premio di Napoli. Over time, the car has always participated in important events and in recent years has undertaken an intense activity of participation in competitive events for historic cars.