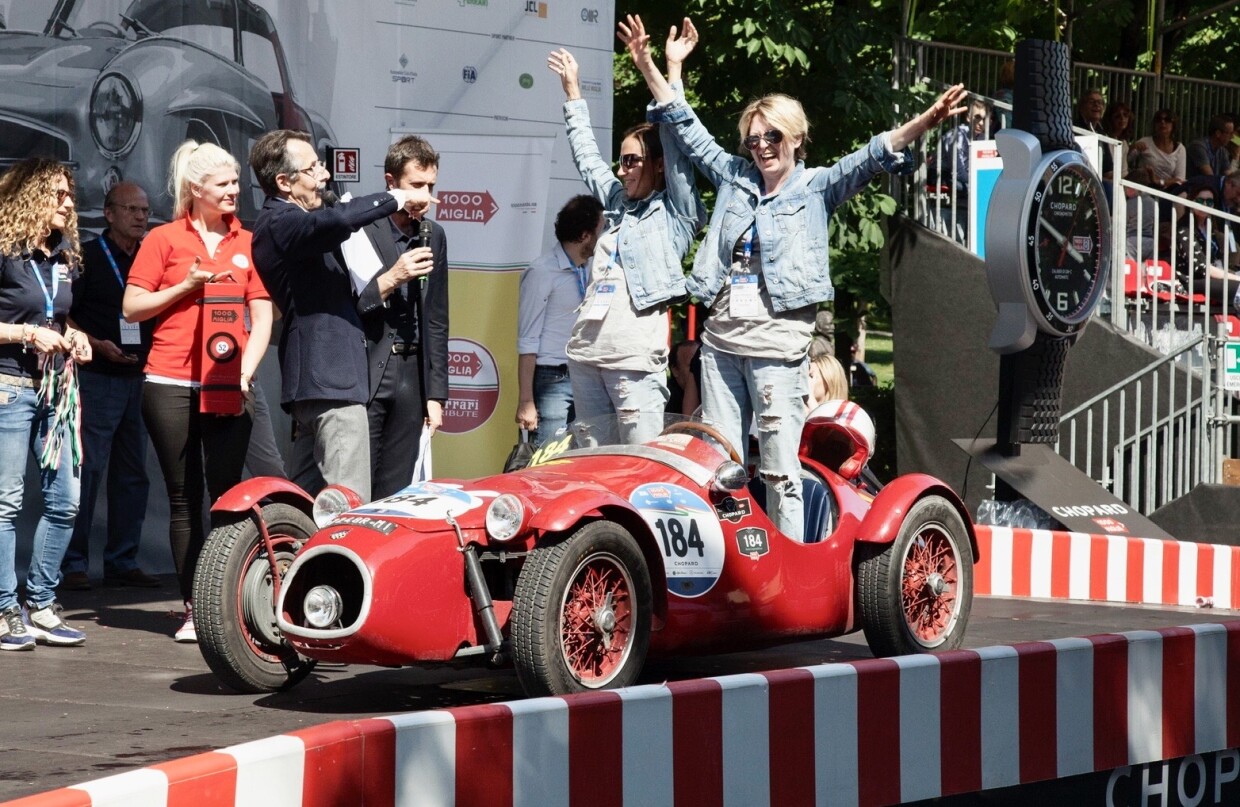 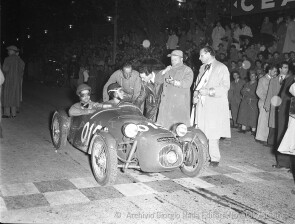 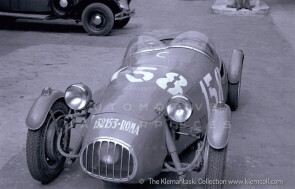 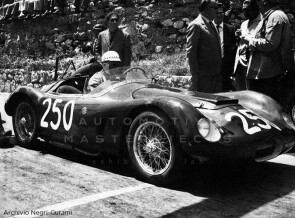 Share on
Owner Private collection
A one off assembled by Patriarca on a Gilco chassis with Giannini engine, it was twice at the Mille Miglia in 1950 and 1951 with owner-driver Luigi Musso. Long racing career.

Although the name Gilco often appears as a car manufacturer in the chronological extracts of Sports cars, in reality it only made the tubular frames of many of them, but this was equivalent to the regulations in use at the time in the ministry of transport to attribute to the Milanese company the paternity of the car. On the one hand, the adoption, in Italy in 1947, of the international regulation for the Sport category, which liberalized the origin of the frames and, on the other hand, being able to have its tubulars approved by the Ministry of Transport, opened to Gilco a new thriving market. But the 750 chassis was affected by the competition from the complete Giaurs which cost less than a car assembled starting from a Gilco 750 chassis. The brothers Attilio and Domenico Giannini, on the other hand, were mainly engine builders, even if after the war, due to the need to register sports cars, they often lent themselves to having cars built by others who, not being counted among the official manufacturers, had many difficulties in presenting their creations for registration.

The Gilco Giannini 750 Sport car with chassis no. 5194849 was built on a Gilco chassis with Giannini G1 engine. It was assembled in Rome by Patriarca with a Giulio Ferrandi e Figlio “siluro” body. It was registered in 1950 in the name of the famous driver Luigi Musso, for which it was presumably built, with whom it ran two Mille Miglia and a series of important races in Italy, between 1950 and 1951. From 1953 to 1957 the car raced with the pilot Sesto Leonardi and later with Mario Raimondo, in Sicily who used it for several races with good results until 1965. On an unspecified date, in the mid-1950s, the livery was modified with a “barchetta” bodywork to adapt to the new sporting standards. Between 1957 and 1959, following engine failure, the original G1 block was replaced with a 100.000 type block (derived from Fiat 600) and no. 390.485 with G1 stamping above the original number, brought to the maximum displacement limit for the 750 category; engine that should have been more reliable. The current owner rediscovered the car in 1978. During the "La Sicilia dei Florio" rally he was approached by a person who said he knew where two "Maseratis" were. In a meadow where there was a chicken farm he saw the cars; one was the Gilco Giannini 750 Sport with chassis no. 5194849. He was able to buy the car and transport it, adventurously, to Milan. The chronological extract showed that the first owner had been Luigi Musso and the last official owner was identified, Mario Raimondo who, when contacted, was amazed and available for the transfer of ownership, completed in 1980, the year in which the car was plated again in Milan. Years later, while preparing to carry out the restoration, it was realized that the car, under the "barchetta" body, had retained its original "siluro" bodywork. It was decided to restore the original shape. Unfortunately the front part of the original bodywork was missing, so the restoration stalled for several years, awaiting documentation that was provided by Eng. Andrea Curami who, based on his documentation, recognized the car and specified that it had been assembled by Patriarca and had the plate with the assembly number, the engine number and the year of construction. The vehicle is currently fully restored with a 1957 engine and livery with which the car raced the 1000 miles 1952 with Musso.