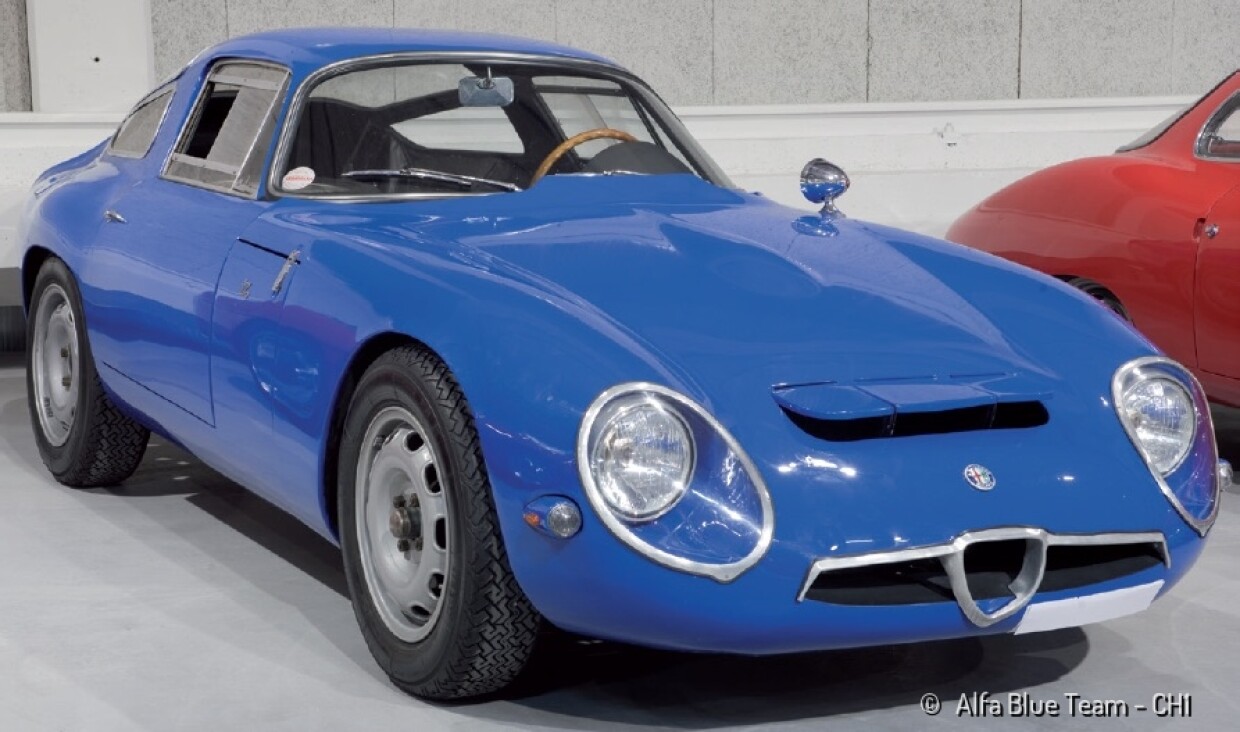 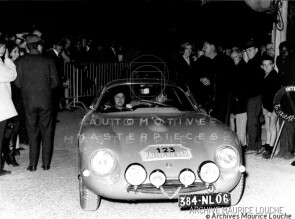 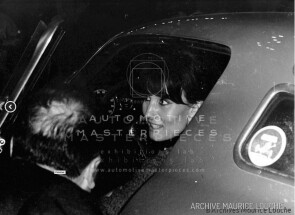 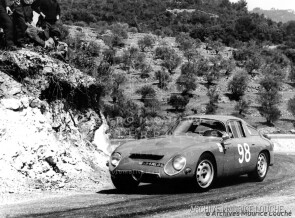 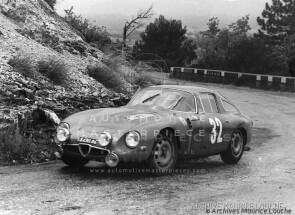 In 1959, the Alfa Romeo experimental department, under senior engineer Giuseppe Busso, began working on a small-capacity Gran Turismo to contest the classic endurance races. The car was born as GTZ and was conceived to replace the SZ. It was immediately renamed TZ, that stands for Tubolare Zagato and  sometimes incorrectly referenced as TZ1 to differ from later TZ2. It's lightweight, aluminum alloy coachwork was designed and hand-built by Carrozzeria Zagato, and combined with a multi-tubular space frame built by SAI Ambrosini and the complete vehicle weights only 1,500 pounds. Incorporating the research of Dr. Wunibald Kamm, the TZ used a style called "coda tronca" in Italian, meaning "short tail", otherwise known as the Kamm tail. Zagato had previously proved the success of this aerodynamic tail treatment in their "coda tronca" Sprint Zagato sports-racing cars, and it was a natural evolution to adapt this to the Giulia TZ. Works on the TZ began in 1960 and the first road trials were conducted in 1961. However, it took a long time to reach production because precedence was given to the new production Giulia and 2600 models. Introduced in prototype form at the Turin Auto Salon in 1962, this new competizione model took its "Giulia" designation from Alfa Romeo’s recently introduced 1.6-litre passenger car range. The production TZ was launched at the Geneva Salon in March 1963. Focused on the development of its touring cars at this time and wanting a return to serious racing, Alfa Romeo looked to entrust the management of its racing cars to Autodelta. Created in 1963 by Carlo Chiti and Ludovico Chizzola, Autodelta was a race-car preparer. Chiti and Chizzola learnt of Alfa Romeo's desire to outsource its racing activity, and an agreement was struck with Orazio Satta Puliga to set up a partnership. This continued for some months before Alfa Romeo took a share in the company in 1964, becoming the sole shareholder in 1965. The Autodelta cared the tuning of engines and the assembly of the cars. Several cars were tuned by Conrero. Most of the parts of the TZ were produced in the main factory in Portello. It featured a 1,570 cc twin cam engine and other mechanical components shared with the Alfa Romeo Giulia and carried a 105 series chassis number, but was a purpose built sports racing car, with a tubular spaceframe chassis, light all-aluminium bodywork, four-wheel disc brakes and independent suspension. The result was a lightweight coupé of only 650 kilograms, some 75kg lighter than the SZ and a top speed of 216 km/h. To reduce weight and improve safety, the side glass windows were removed and replaced with Perspex. The TZ was built both for street and racing trim, with the latest racing versions producing up to 160 bhp. Alfa's twin-spark cylinder head, as also used in the GTA, contributed to the speed of the TZ; the standard Giulia alloy block with wet steel liners was installed at an angle under the hood of the TZ to improve airflow. The engine installed in the TZ competition cars produced around 170 horsepower. This boost in horsepower was made possible, in part, through twin-plug cylinder heads by Autodelta. Road cars were commonly given a single-plug cylinder head, leather interior, and retained their glass window. After homologation and its sporting debut in minor races, the Giulia TZ was immediately able to make its mark in demanding races such as the FISA Cup in Monza in 1963, at the Sebring 12-hour race, the 48th Targa Florio, the 1000 km Nurburgring, the Le Mans 24-hour race, the Tour of France, the Coupe des Alpes, and the Tour of Corsica. These victories confirm the great class of a car suitable not only for track racing, but also for more demanding road circuits. The TZ was built in extremely limited numbers: 112 units between 1963 and 1965.

Chassis 750018 was sold to French Alfa Romeo Importer So.F.A.R. The original color was blue. It was sold to the driver Christiane Petit and ran some races as Rallye du Var, Course de Côte Nationale Automobile d'Ampus, Course de Côte de Turckheim - Trois Epis, among other. The interior is completely original. All alloy panels are signed with the coach number 623.