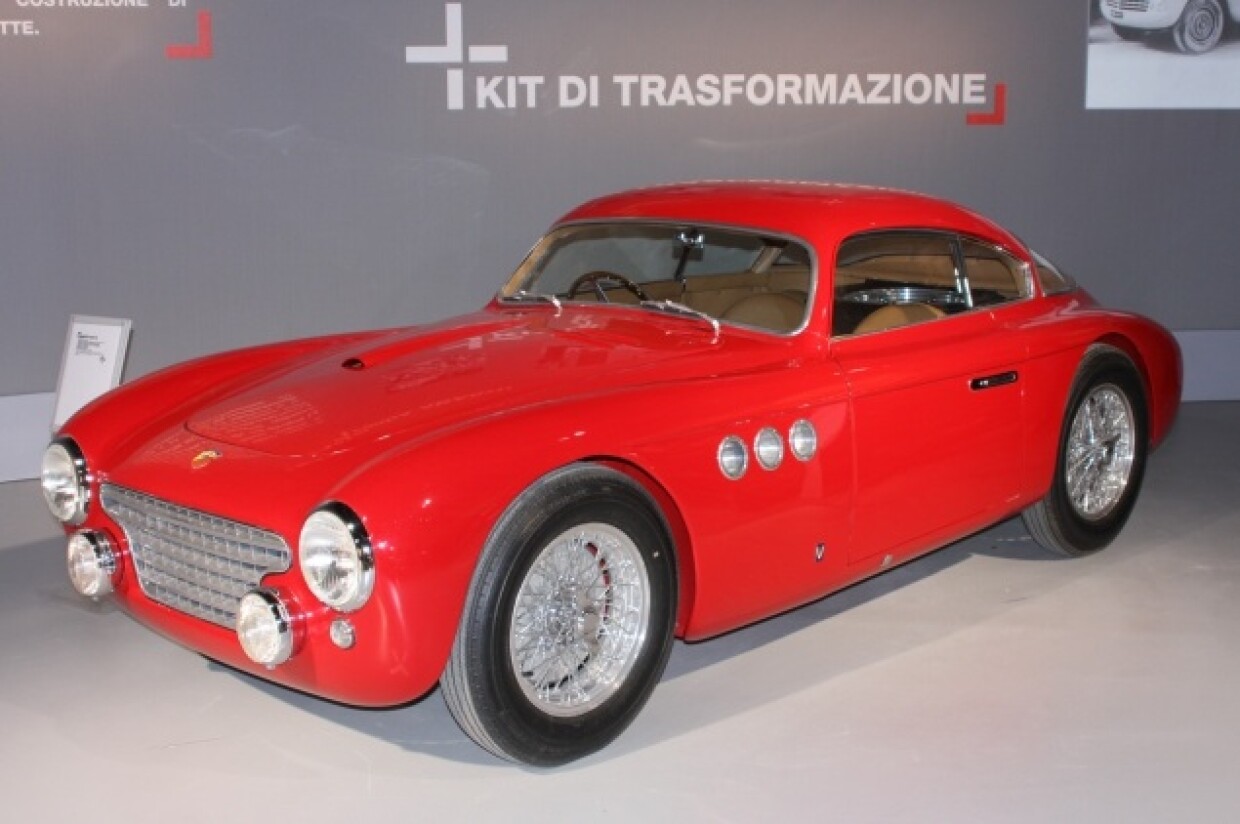 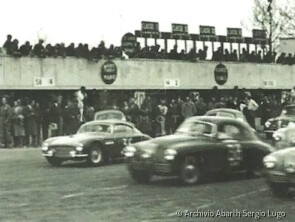 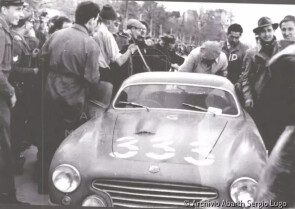 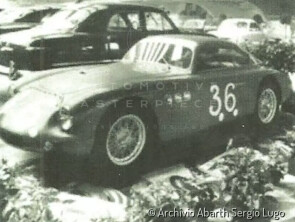 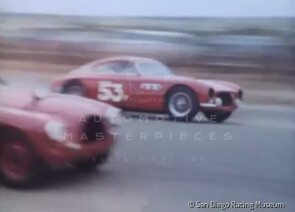 Share on
Owner Private collection
Chassis 205-101 was the first of three example built and surviving. The first car with an Abarth badge, it ran several races and was driven by Guido Scagliarini.

The Cisitalia 204A is a racing car born in the late 1940s and built in just seven units, the result of the work of some personalities who have made the history of motoring: designed by Carlo Abarth, with the collaboration of the engineer Luciano Scholz. This spider has made history for being the last car driven by Tazio Nuvolari, who at the wheel of this sports car won the last triumph of his long career. The Cisitalia 204A project began in the summer of 1947 when the Turin-based company thought of a simpler and less expensive racing car than the 202. Giovanni Savonuzzi (technical director of the brand) developed an essential frame made up of two oval tubes reinforced by a central cruise - inspired by the one adopted by the Auto Union of the '30s - combined with an aerodynamic bodywork (without headlights for daytime races or with headlights for endurance ones) in aluminum that allows to limit the weight of the whole car at only 510 kg. As for the suspension layout, the live axle of the 202 (designed in 1946 by Dante Giacosa) is left at the rear, while there are the innovative torsion bars patented by Porsche at the front, which allow for excellent road behavior. The engine of the Cisitalia 204A is derived from that of the Fiat 1100, but it has a decidedly higher power (from 32 to 75 hp). Thanks to several modifications: aluminum alloy head, dry sump lubrication with double pump, specific crankshaft, shorter rocker rods, oversized bushings, lightened connecting rods, larger diameter valves (with sodium exhaust ones), ignition with Marelli magnet and different compression ratio (from 6:1 to 9.5:1 and then to 9.8:1). The most notable change under the hood, however, concerns the specific intake manifold combined with a Zenith carburetor, later replaced by a Weber and then by two coupled carburettors. In some cases, the sportscar faces the track with a 1.2 of over 80 HP but the most important successes come with the "millecento". The company crisis affected the history of the car: at the beginning of 1949 the numerous Cisitalia creditors asked for its bankruptcy and in February the court started a period of receivership and appoints a commissioner. Piero Dusio - founder of the company - manages to liquidate all creditors by cutting production of the 204A and renouncing other projects while on March 31 Carlo Abarth, in an attempt to save the brand for which he works as technical director, founds Abarth and acquires the entire Cisitalia racing department.

The Abarth 205A berlinetta is a sports car designed by Abarth in 1950. After the abandonment of the Cisitalia in 1949, Carlo Abarth dedicated himself to the construction of his own cars using as a basis some Cisitalia 204A Corsa which had been liquidated by the factory. From them the 205 A berlinetta was born. The car was equipped with a 1089cc four-cylinder engine of Fiat origin managed by a four-speed gearbox enhanced with an Abarth tuning kit, which consisted of a revised intake manifold, two Weber carburetors and a sports exhaust. Prepared in this way, the engine produced 83 hp. The aluminum car body was made by Alfredo Vignale, while the design was entrusted to Giovanni Michelotti. The first victory was obtained in early March 1950 by the driver Guido Scagliarini in the 1100 class at the Coppa Intereuropa held in the Monza racetrack. After this victory, the vehicle was exhibited at the Turin motor show, and was the first to be presented by Abarth at an international show. Subsequently, until 1951, 2 other models were made, also used in the race. The high management costs of the racing team induced Carlo Abarth to concentrate his efforts on the elaborations and to give up the sporting competitions.

The car with chassis no. 205-101 is the first of three examples of the Abarth 205A berlinetta made. The model initially has an imprecise name, it is defined 204A (berlinetta) and then takes on the definitive name 205A berlinetta after a few months. On the other hand, the Abarth logo immediately stands out in the center of the bonnet, making it perhaps the first model not branded Cisitalia, but Abarth. The car with chassis no. 205-101 differs from the other two models essentially for the position of the windscreen wipers at rest. Particular aerodynamic appendages were tested on the car, probably derived from the ideas of Eng. Savonuzzi. In 1950, with Guido Scagliarini, after the success at the Coppa Intereuropa, where it finished 4th overall and 1st in class, it was deployed at the Targa Florio - Giro di Sicilia where it finished 5th overall and 2nd in class. It was also entered in the Mille Miglia, but technical problems led it to withdrawn. In the same year it was exhibited at the Salone Internazionale dell’Automobile di Torino in the Abarth & C area. The car, previously painted gray, was repainted red after the show. It had Italian owners between 1952 (the year in which it was registered with the PRA) and 1953, when it was sold to a US customer, who competed there, including a race at Torrey Pines, but was forced to retire here too. The car passed ownership and had alternating vicissitudes, such as the temporary replacement of the engine. Restored to its originality, at the end of the 1960s it was kept and exhibited at the O'Sullivan Square Museum in San Diego (CA) until 1981, when it was badly damaged in a fire. It was acquired by the collector Scott S. Emsley, who worked on its restoration, managing to bring it back to its original condition in time for participation in the Pebble Beach Concours d'Elegance in 1989. A sequence of Concours d'elegance and events for historic cars are following.