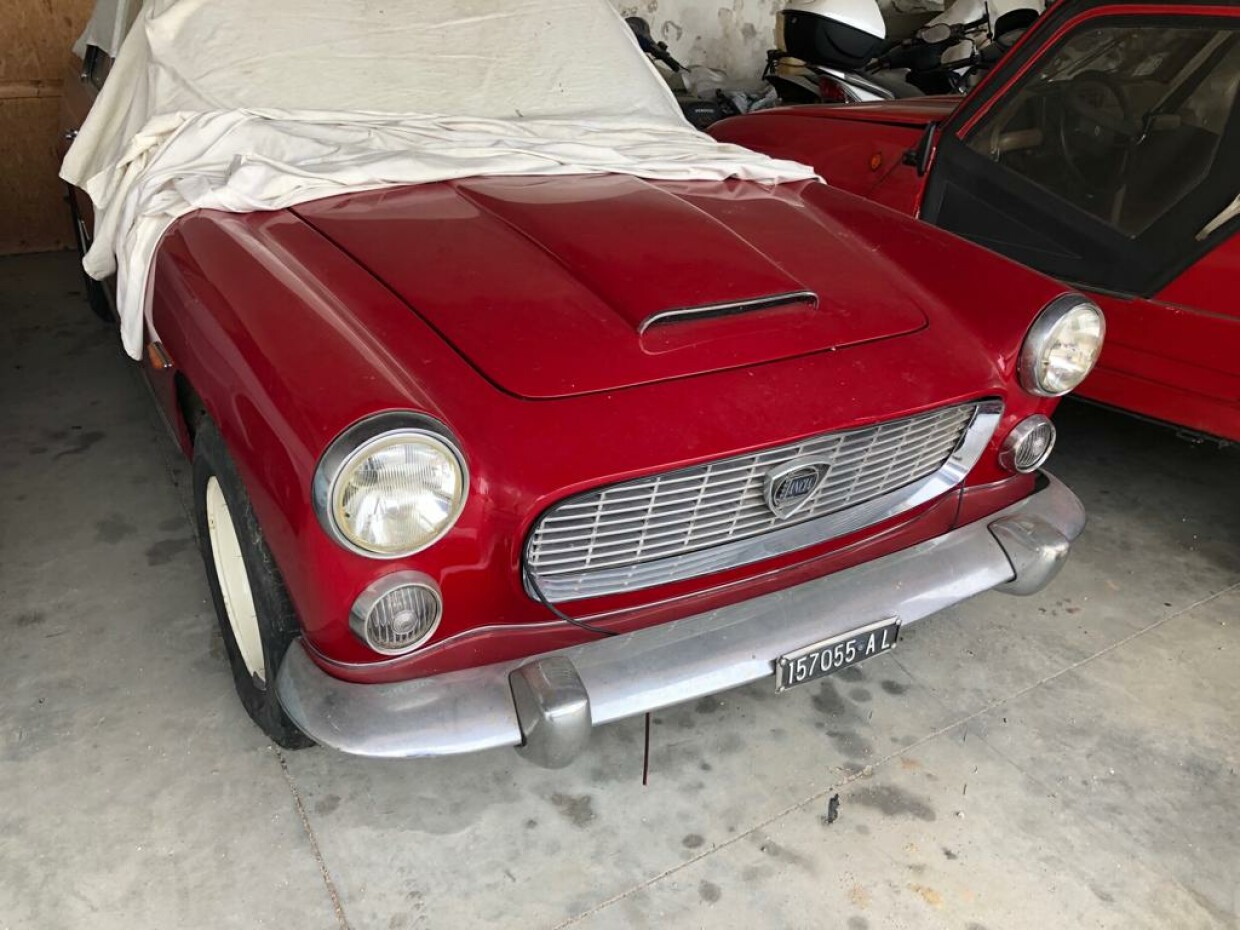 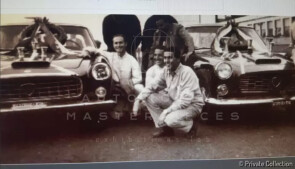 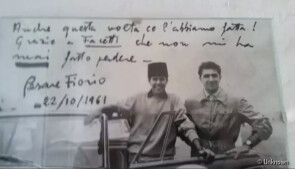 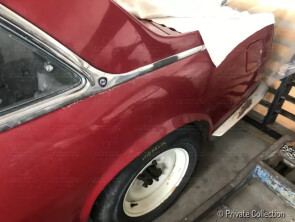 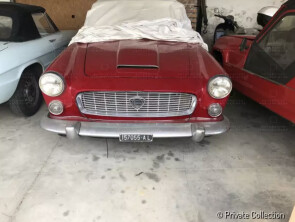 Share on
Owner Private collection
Built for Lancia racing dept. and used for official competitions. It raced 6 Hours of the Nurburgring with Ada Pace and Mario Poltronieri: 30th place overall.

The Lancia Flaminia was born in 1956, in the sedan version, to replace the previous Aurelia. Elegant and classy, it imposed itself on the automotive market as the "representative car". It is a large car, equipped with a 6-cylinder V engine with two and a half liters displacement, delivering about 100 hp, which makes it reach a top speed of 160 km/h. The chosen name of a Roman consular road maintains the road taken by Lancia with the Aurelia and the Appia. The style marks an epochal turning point and influences the whole car production. For the first time, the compact and curvilinear style is abandoned for a bodywork composed of various surfaces joined together with edges, thus obtaining a long and elegant car profile. The success of the Flaminia sedan was immediate, forcing Lancia to immediately think of a sports version. Lancia decided to create a single frame that could be covered by the best Italian coachbuilders, thus giving birth to the three sports versions of Pininfarina, Zagato and Touring, all with a coupé shape but very different from each other, presented in 1958 during the XV Turin Motor Show. The best sports version is certainly the one designed by Zagato which shortens the pace, lightens the car and looks for a better performance. Touring presents a version that combines luxury and sportiness, while the Pininfarina coupe remains a luxury model that can also carry up to 4 people. The Pininfarina version stands out for the reduction in the longitudinal dimensions and for the absence of the rear doors. The Turin master started from the prototype of the previous year: "Florida", abandoned the American-style windscreen and streamlined the rear, made the curvilinear lines lose for the first time and gave space to new edges. The mechanics in the Pininfarina’s version did not present great revolutions other than the shortening of the wheelbase, the increase in power that went from 100 hp to 119, pushing it up to 170 km / h: the only change of excellence was the disc brakes. Although it took part in motor racing competitions with good successes, this coupé remained more of a representation car than a sports car. In 1963 at the Frankfurt Motor Show, Pininfarina presented the third series "3B-2.8", the bodywork did not undergo any change, but the mechanics were elaborated, thanks to a 2.8-liter engine, more elastic with a much more powerful torque, obtaining a significant improvement in the resumption without however affecting the top speed which went from 171 to 181 km/h.

The Flaminia Coupé chassis no. 1581 is one of the models produced by Pininfarina in sports version, built in 1964 for the Lancia racing department. This was used by the Racing Department for the official competitions of 1964. The first agreed release had to be the 6 hours of Brands Hatch, where the chassis no. 1518 is found in the list of entries with an all-female crew Ada Pace and Claudine Bouchet, unfortunately due to a mechanical problem to the vehicle carrying the Flaminia did not reach the English circuit and therefore could not participate. In the same month we find again the no. 1581 next to the twin car driven by Facetti and Pianta at the 6 Hours of the Nurburgring with a crew of all honor Ada Pace and Mario Poltronieri. The two shared the cockpit and the satisfaction of completing a race that became difficult due to the broken throttle in the middle of the race. They reached the finish line by passing the throttle control through the cockpit and using it by hand. The tenacity and skill of Ada and Mario took her to 30th place overall after covering 29 laps in 6h and 6 minutes. The car has been kept in perfect order until now after being abandoned from racing and sold by Lancia to a private resident of Alessandria. It was therefore recalibrated in 1967 and still retains its original number plate and documents.