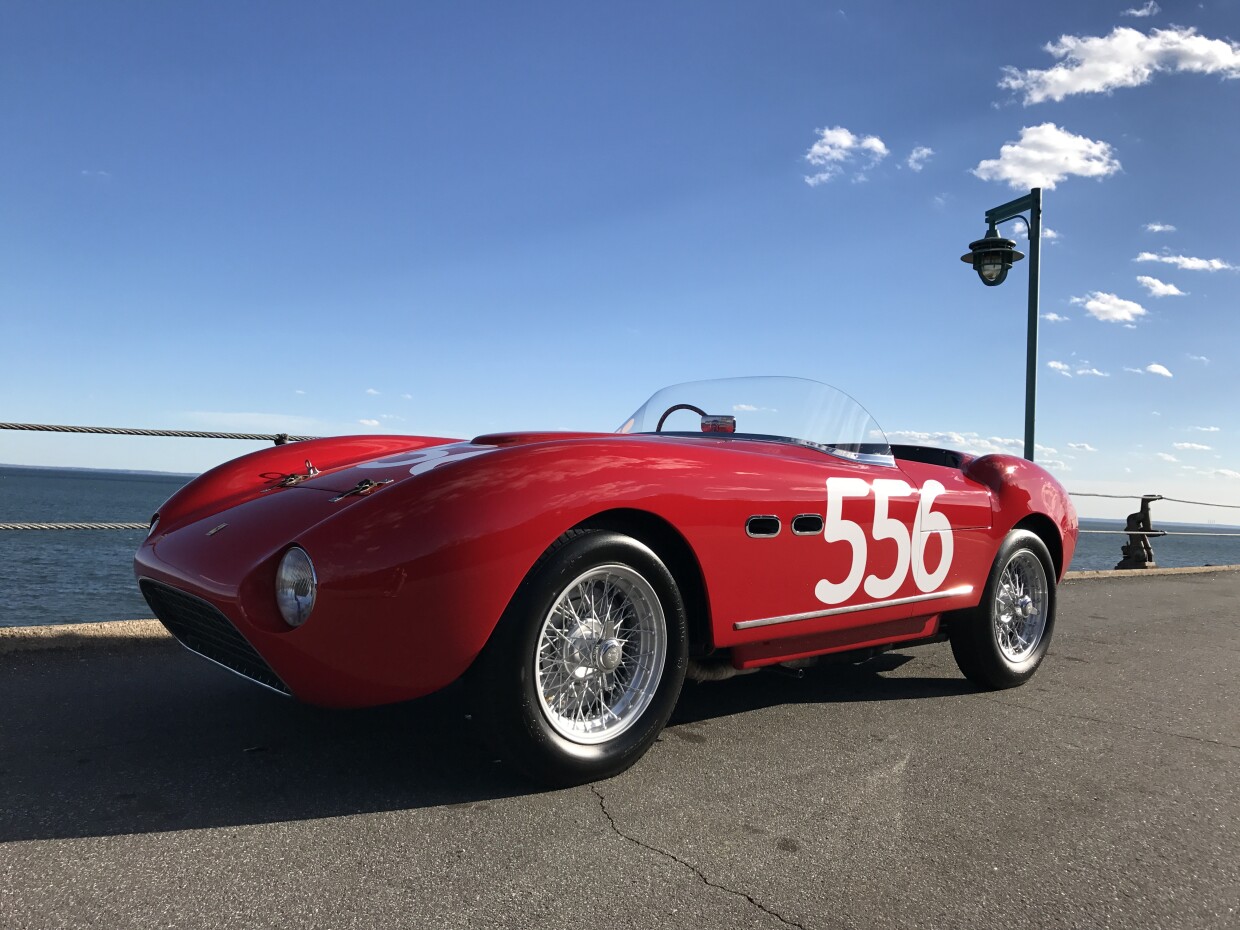 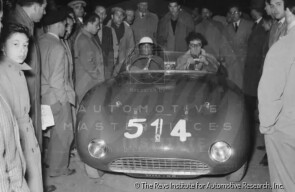 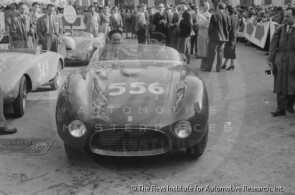 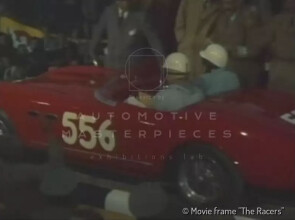 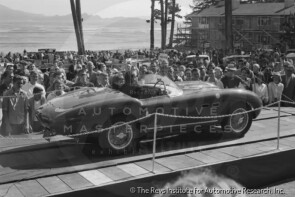 1953 Mille Miglia 1953 – Un film Shell (UK) “Mille Miglia 1953 - Un film Shell”, was a documentary, nominated for a 1954 BAFTA film award and directed by Bill Mason, the father of the famous Nick, Pink Floyd’s drummer and renown car collector. Bill directed at least eighteen documentary, mostly with cars’ world and races as a subject. In 1953 he was registered at the Mille Miglia as a driver of the Ferrari 166 MM / 1953, Chassis no. 0272M. In the movie we can see some camera cars and Chassis no. 0272M shot among the other participants. The documentary was produced by Shell Film Unit, London and Shell of Italy with the aid of the Automobile Club di Brescia - 1955 The Racers (USA) The car was used during the Mille Miglia by MGM Studios for the filming of the movie “The Racers”, directed by Henry Hathaway and written by the Swiss racer Hans Rueschand. The film featured Kirk Douglas with technical assistance from Phil Hill. In the movie Chassis no. 0272M was identified as a “Spyder Burano” and was actually assigned by the Scuderia Ferrari to Emmanuel de Granffenried and his co-driver, Mr. Parravicini. Much of the driving during the race was done by John Fitch and Kirk Douglas. In the film, Douglas drives the race of his career narrowly beating out his driving enemy for a first place

The Ferrari 166 - the number assigned to a Ferrari model traditionally corresponds to the displacement of each cylinder - was the direct evolution of the first 125 (fitted with a 60° V12) from 1947. The engine of that early car, designed by Gioacchino Colombo, had first been transformed into the 159 and then into the 166, to reach the limit of the two litre class. To pay tribute to the first great success at the 1948 Mille Miglia, Ferrari upgraded the 166 Sport into the 166 MM. In 1953, an evolution was developed that brought the power to around 160 hp and other improvements. These cars contributed more than any other previous model, scoring many of Ferrari's first international victories and made the company a great manufacturer of sports cars. All 166s sat on a dedicated tubular chassis designed by Ferrari but produced by the specialized Gilco in Italy. A total of 46 Ferrari 166 MM were built in two series in both berlinetta and spider (barchetta) versions: 33 cars of the first series and 13 of the second from 1953. Most of them were bodied by Carrozzeria Touring. A few others were bodied by Allemano, Vignale and Zagato. One was completely revised by Abarth.

Chassis no. 0272/M was built by Ferrari in early 1953. This 166 MM was sold new to its first owner, the gentleman driver Dr Alberico Cacciari. The fifth of the 13 model 166 MMs built for 1953, 0272/M features a spider “barchetta” coachwork, though its specific builder is still unclear. Most historians agree that the body was designed by Aurelio Lampredi and was produced in-house in Ferrari. The coachwork may have later been refined at Carrozzeria Autodromo. 0272/M is the second of 3 nearly identical cars based on the 166MM/53. The first one, chassis no. 0262 was later rebodied by Fantuzzi as a Touring barchetta. The third one, chassis 0428/M, had some slight body differences. This car, probably born 166MM/53, suddenly became a Ferrari 735 Sport Spider, receiving a 4 cylinder engine and (a little) later a new body by Scaglietti, after an accident. Chassis no. 0272/M’s first event was the 1953 Giro di Sicilia, followed by the Mille Miglia. At the wheel was Cacciari alongside R.H. Bill Mason, father of the Pink Floyd drummer and renown Ferrari collector Nick Mason. The car was also used in the production of the 1953 Shell movie about the Mille Miglia, directed by the co-driver Bill Mason. It ranked anyway 3rd in class. Before 1954, the car must have suffered a small racing accident, as the shape of the nose has changed. While the car was entered in the 1954 Mille Miglia, it was used exclusively by MGM Studios for its movie “The Racers”. The starring role was played by Kirk Douglas. Much of the driving during the actual race was done by John Fitch and Kirk Douglas himself. Then, 0272/M was exported to California, where additional work on “The Racers” was undertaken. Sold to Pete Lovely, the car was painted white and gold. Lovely continued to race the 166MM/53 in 1955 and 1956, later selling the car. It was shown at several concourse events in the years. The nose has recently been returned to its original configuration as it was in 1953. Italian Ferrari historian Andrea Curami called 0272/M “one of the most original early racing Ferraris in existence!”