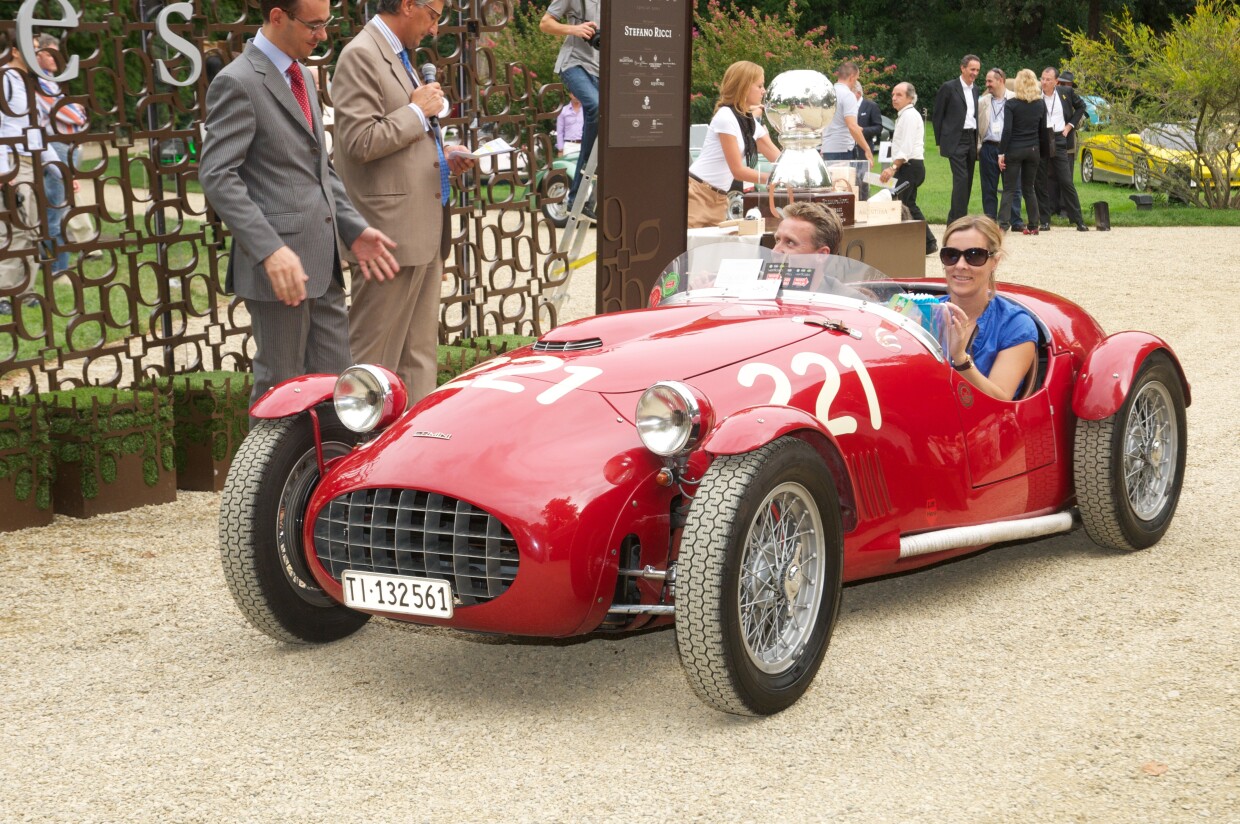 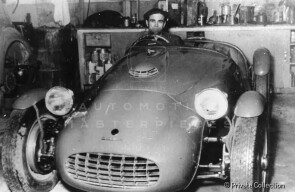 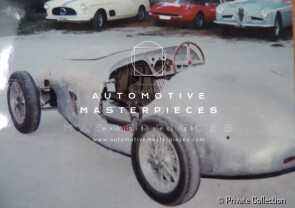 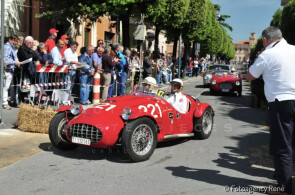 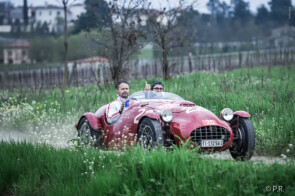 Share on
Owner Private collection
A one-off "siluro" body by Fratelli Mariani. The 10th car built by Ermini. It ran the 1951 Mille Miglia, the 1952 Targa Florio and several Italian hillclimbs.

It's important to point out the name Fiat-Ermini depends of the new CSAI regulations requiring to register all cars, in this way prohibiting to call them with his own name, unless dealing a costly test on mechanical parts that composed the car. This was the reason because until 1951 all cars realized in the Ermini workshop were registered with the name of Fiat-Ermini using the name of the famous Turin manufacturer who indirectly gave some mechanical parts. All the engines built by Ermini, including the model with the Fiat 1100 engine block, have a double overhead camshaft (DOHC). There have never been Erminis or "motorizzate" Ermini with a single overhead camshaft (SOHC). In 1950 Ermini, encouraged by good results and the economic income, commissioned to Gilco in Milan a lowered tubular chassis with an oval section to make its cars more competitive. In 1950 CSAI new rules imposed the use of 80 octane petrol thus undermining the competition of Cisitalia-Abarth and the Fiat-Stanguellini, which until the previous year had used special alcohol mixture to enhance their engines and now couldn't compete to the power of Fiat-Ermini engine. The results will come soon. By the end of the year six engines were sold and in 1951 three cars were built equipped by tubular Gilco chassis torpedo shape. Two of these were bodied by Motto Torino and the other was bodied by the Mariani workshop in Pistoia.

Chassis no. 028051 is a Fiat Ermini 1100 with the Siluro body by Fratelli Mariani, the only car with this shape built in 1951. It is the 10th car built by Ermini. 1951, February 2 is the date of two invoices related to this car. Chassis invoice of the company Gilco Autotelai of Milano and engine invoice of the company Fiara of Firenze (Fiat Dealer). The car raced the 1951 Mille Miglia with the couple D’Angelo/Scarlatti. There are evidences of its use in several races from 1951 to 1955, including the 1952 Targa Florio with Giuseppe "D'Angelo" Guzzardella and the 1953 and 1954 Coppa della Consuma, among the others. From 1953 to 1955 it ran several Italian hillclimbs with Amerigo Pardini. The story of its owners is known and traced. From 1953 to1954 the car was owned by Pasquino Ermini himself, making the car an ex-works. The car was subjected to a documented restoration in 2001 and. Later, participated to events for historic and classic cars like several editions of the Mille Miglia re-enactment.