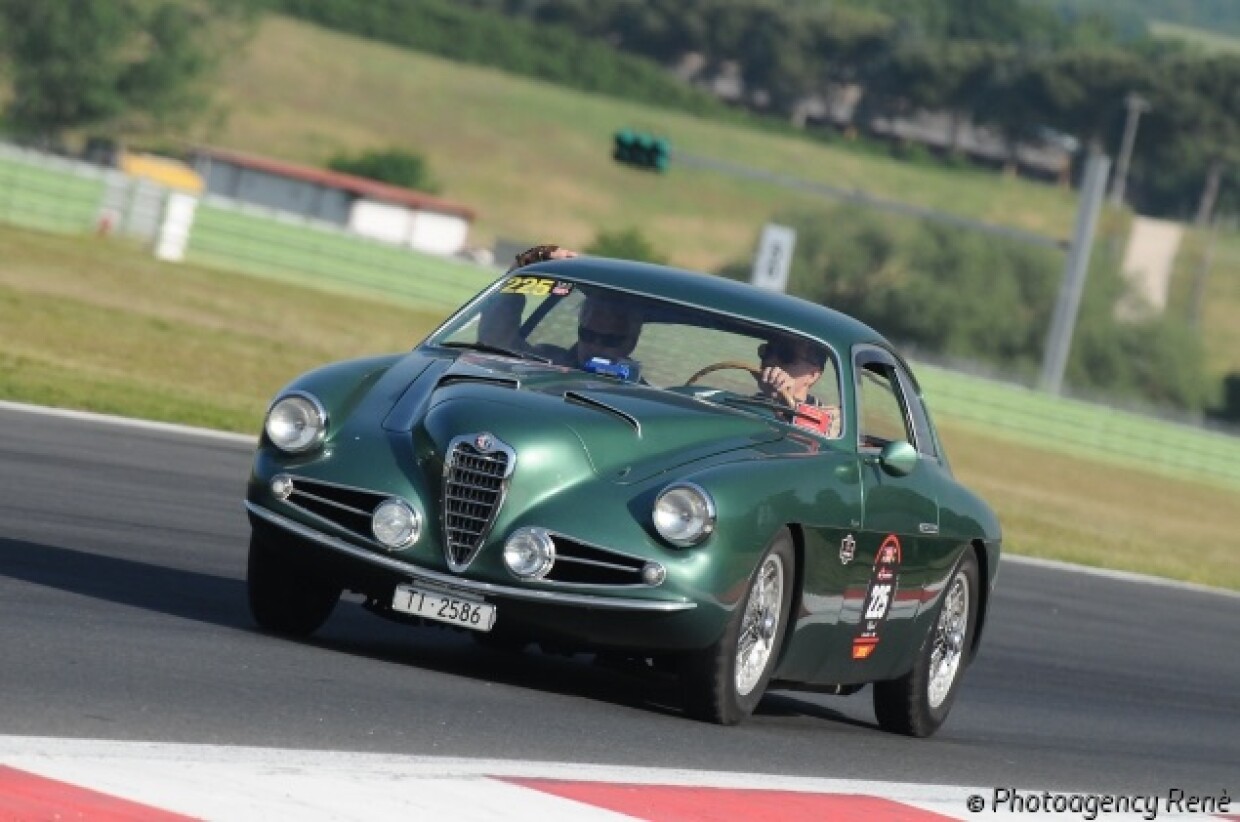 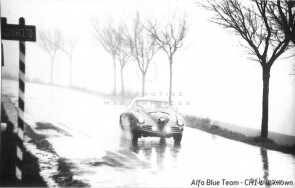 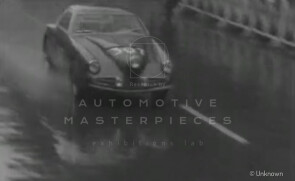 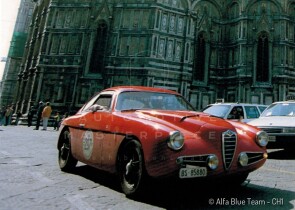 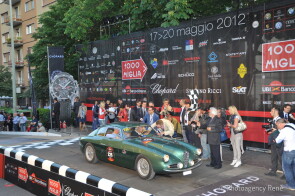 Share on
Owner Private collection
Owned by Luigi Taramazzo, this 1900 SSZ raced with Paolo Lena the 1956 Mille Miglia and Rallye del Sestriére. It later participated to motoring events up today.

Iginio Alessio, then general manager of Alfa Romeo, was concerned for the viability of the independent Italian Coachbuilding industry–the advent of the unibody chassis design was threatening to put the "carrozzerie" out of business. Alessio was also a personal friend of Gaetano Ponzoni co-owner of Carrozzeria Touring Superleggera, thus from 1951-1958 Alfa Romeo built five different variations of the 1900 unibody chassis specifically for independent coachbuilders. Alfa Romeo gave official contracts to Touring to build the sporty 1900 Sprint coupé and to Pinin Farina to build an elegant four-seat Cabriolet and Coupé. The availability of a suitable chassis led to many other coachbuilders to build versions of the 1900. Carrozzeria Zagato built a small series of coupés designed for racing. The Alfa Romeo 1900 C Super Sprint Zagato represent the maximum expression of Zagato in terms of lightweight bodyworks and aerodynamic efficiency. The fast yet heavy 1900 sedan was reworked by Zagato in order to provide the gentleman drivers of the GT category with a modern and very efficient car, designed on the short wheelbase chassis offered from Alfa Romeo. The 1900 SSZ (as unofficially known) is the sum of many different innovations, like the rounded shapes around the big Alfa Romeo 2-litres engine, the B pillars integrated in the side glasses with an extremely light aluminium frame, an aerodynamic lightweight aluminum body and, on some of the 1900 SSZ built, the famous Zagato's trademark double bubble roof “doppia gobba” which was able to lower the front section of the car and to increase the roominess and stiffness of the roof. These cars were individually hand-crafted. It is thought that just 39 examples (plus two bare chassis) of the 1900SSZ were built, from 1954 to 1957, and they are regarded as the pinnacle of 1950s production Alfa Romeos.

The first owners of the chassis 02060 were the driver Luigi Taramazzo and Giovanni Pietro Gerino for a few months. Following owner was the gentleman driver Paolo Lena, who drove this SSZ at the Mille Miglia and at the Rally del Sestriére in 1956. The car went to the USA by late 50s. Among other owners - through his company – we also count Martin Swig, the founder of the “Amici Americani della Mille Miglia” Club and organizer of the California Mille. The racing career of the car has never stopped: we have images of the car in competitions and re-enactments as early as the 80s and since then, restored in the mid 90s in what is supposed to be its original colour livery, it continues its career to date, in events for historic cars and contests of elegance.