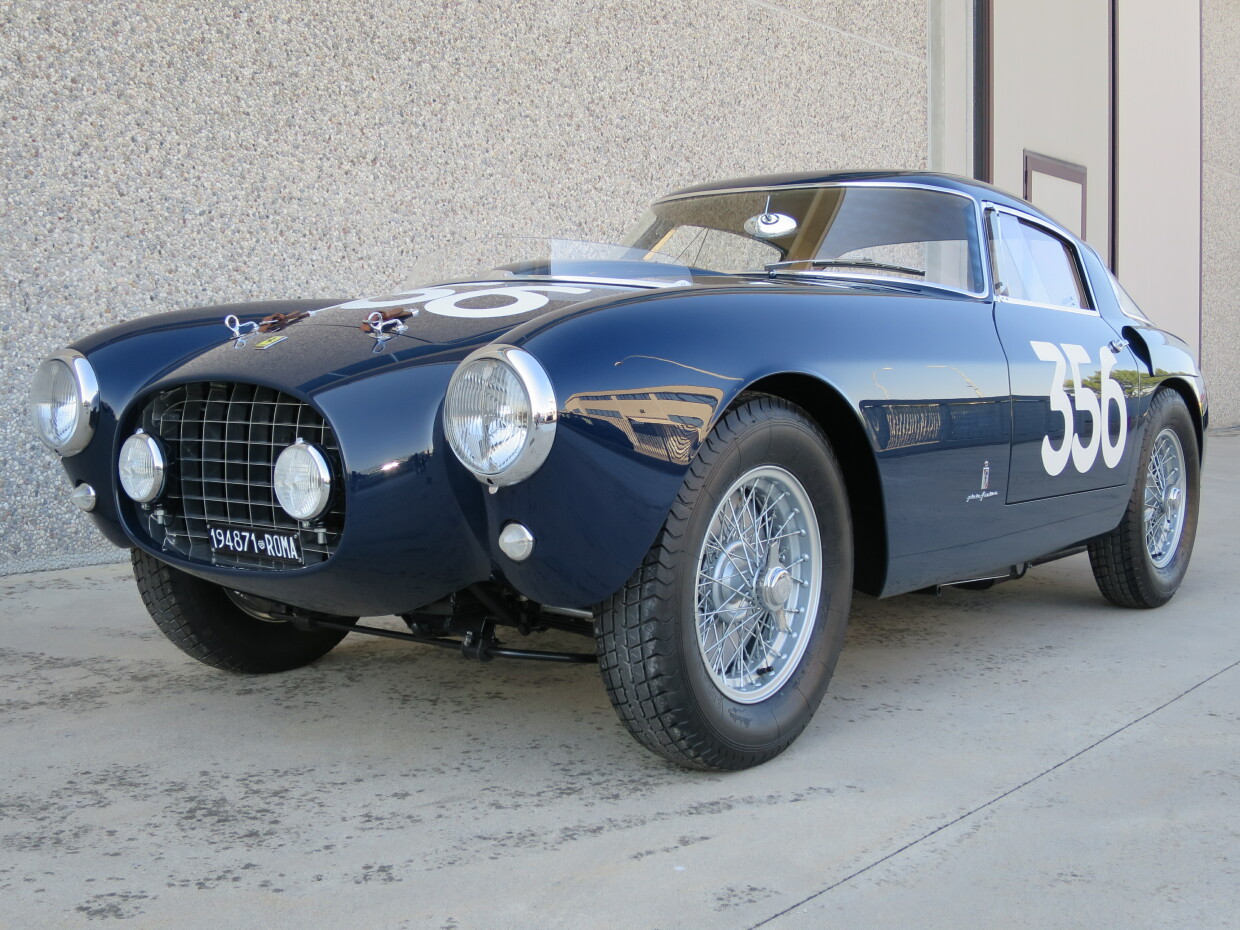 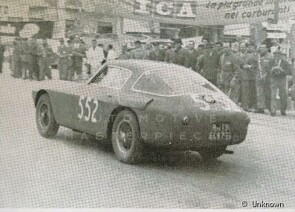 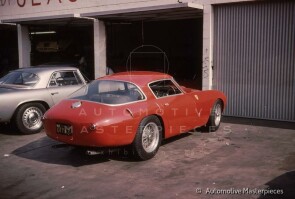 Share on
Owner Private collection
It raced the 1954 Mille Miglia with Vittorio Colocci and Roberto Parisi. It faced several competition in 1954 and 1955, then in 1960s went to the US. Now restored in its elegant Blu Pavone color with tan interiors.

The 250 MM is a racing car produced by Ferrari in 1953 in thirty-one examples. Following the victory of the 250 S at the 1952 Mille Miglia, Ferrari presented a chassis on which the new version of the 250 was to be built at the Paris Motor Show of the same year. The model was named "250 millemiglia" in honor of the victory in the famous race and was presented complete at the 1953 Geneva Motor Show. Two versions were prepared: a berlinetta by Pininfarina, and a barchetta designed by Giovanni Michelotti and produced by Vignale. Eighteen examples of the first were made, thirteen of the second. The 250 millemiglia was essentially an update of the 250 S and the most important improvements were centered on the engine, suspension and gearbox. Overall, these evolutions made the model more manageable than its ancestors. The 250 millemiglia made its racing debut at the Giro di Sicilia with private driver Paolo Marzotto. The model then won several national and international races with various gentleman drivers. The engine was the Colombo-designed V12 3-litres that produced around 240 hp at 7200 rpm and 178 ft-lbs of torque at 5250 rpm. The 250 millemiglia weighed just over 910 kg and were estimated to reach 60 mph in close to 5 seconds and the mile in just over 14 seconds. Its power-to-weight ratio would remain very impressive, even in comparison with the later Ferrari Berlinettas like the SWB and GTO. The Factory team raced a few of these cars but the model was intended primarily for Ferrari’s wealthy Italian clients.

250 millemiglia with chassis no. 0340MM was first sold to Dino Tullini of Forli, Italy. It is the only Ferrari to have been painted Blu Olandese from new. In 1954, after having been sold to Pacini & Boncompagni in Rome, Vittorio Colocci raced it in the Mille Miglia and finished 2ndin the Vermicino-Rocca di Papa Hillclimb. Chassis no. 0340MM had a short but very sweet racing career that had the added benefit of preserving its beautiful bodywork. In 1964, 0340MM came to be owned in Reno, Nevada by Roger Ellis, Bill Harrah’s collection manager at the time. He used the car extensively, participating in Hillclimbs and early Ferrari club events. It would become one of the best-known competition Ferraris to be owned in the US in the 1960s and 1970s. Remarkably, Ellis would see the 250 millemiglia’s odometer reach over 100,000 kilometers during his ownership. In 1974, Ellis sold 0340MM to Henry Smith, a doctor living in Saratoga, California who would come to own several competition Ferrari Berlinettas. It later went through a few well-known owners in the United Kingdom. During that time, David Cottingham’s DK Engineering restored the car. In 1987, 0340MM came to be owned by Anthony Wang in Long Island, New York. Wang was acquiring racing Ferraris at rapid pace at the time. He brought 0340MM to the Mille Miglia retrospective in 1987 and 1988, and then pretty much retired it to a quiet corner. In 2013, it came to be owned by an enthusiastic new owner who reunited the car with its original motor and undertook a comprehensive restoration to its original color and specifications by Quality Cars in Padova, Italy. It is now resplendent in Blu Olandese. It has been shown at Chantilly and Pebble Beach, and, most recently, completed the Colorado Grand. The owner found it to be faster, and much more raw and exciting, than his SWB. 0340MM is no doubt one of the finest 250 MM Pinin Farina Berlinettas still in existence.