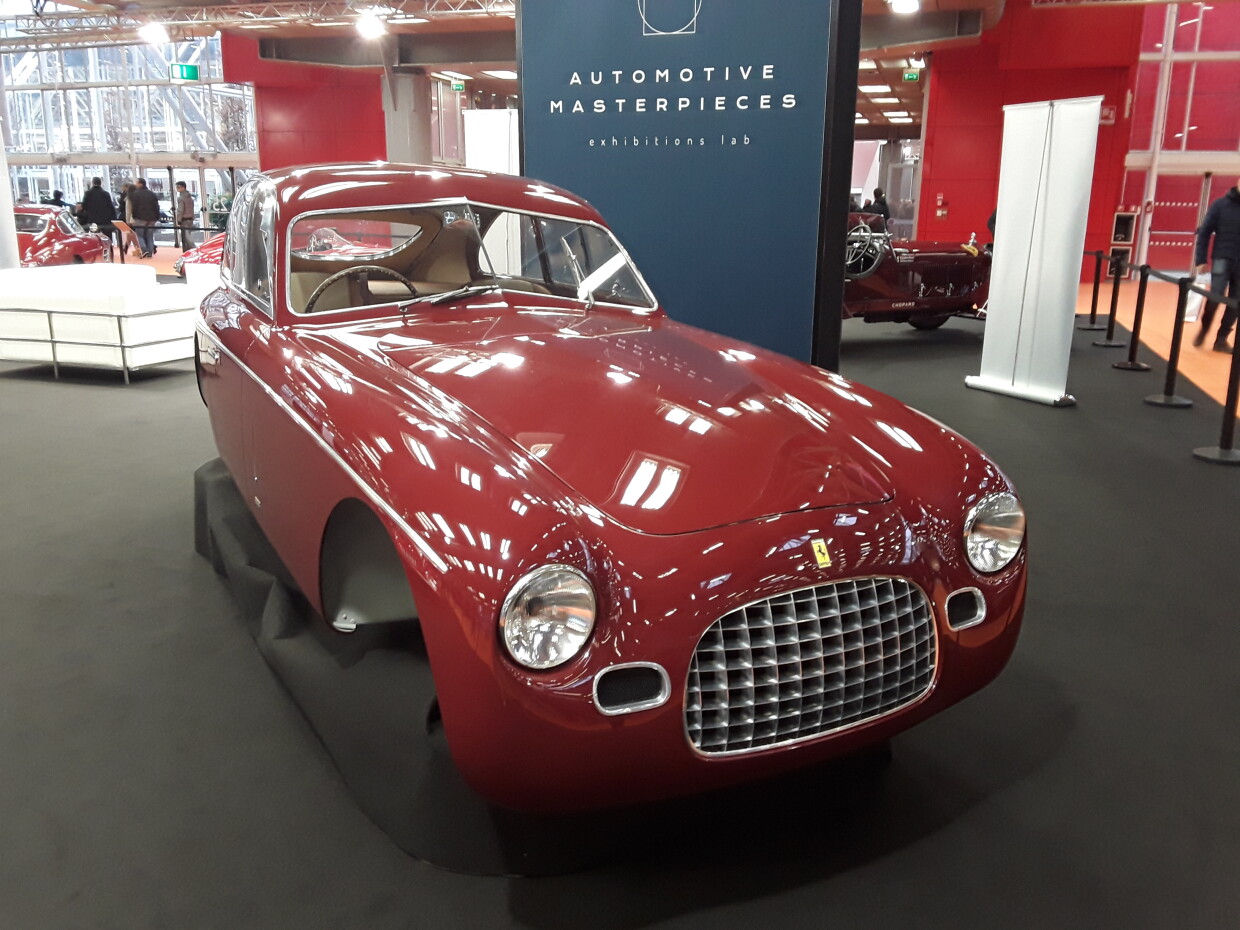 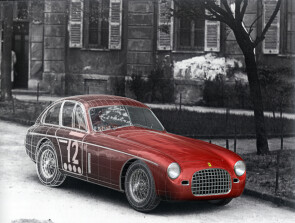 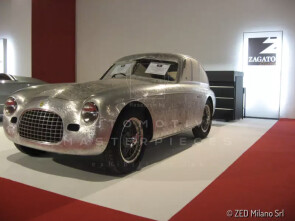 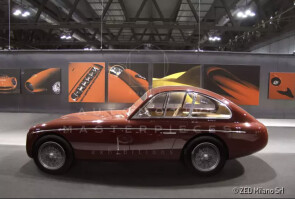 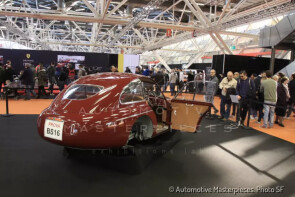 Share on
Owner Private collection
A philological reconstruction. A tribute to 'Panoramica' bodywork concept built nowadays by Zagato on a rolling chassis originally of a Ferrari 166 Vignale coupé.

The Ferrari 166 - the number assigned to a Ferrari model traditionally corresponds to the capacity of each individual cylinder - was the direct evolution of the first 125 (fitted with a 60° V12) from 1947. All 166s sat on a dedicated chassis designed by Ferrari but produced by specialized Gilco in Italy. The ‘Panoramica’ bodywork concept, invented by Ugo Zagato in the late Forties, recalls once again the aeronautical vocation of the brand. Built with in mind the cockpit of an aircraft, it meant to optimise visibility and consequently driveability and comfort. One key factor was the use of plexiglas, a type of material that was still innovative at that time. Zagato preferred it to glass because of its objective qualities: light, pliable and safe. In this way, it became possible to produce extensive transparent surfaces, up to the roof, making the cabins of the Zagato Panoramica’s a lot more habitable than those of traditional coupes, at the same time keeping weight down. The tail had then the task to link the central part of the car to the waistline and the flanks, that were always low and sleek. Zagato applied these solutions to very diverse cars for spirit and vocation: the Fiat 500’s Zagato and 1100’s, the Lancia Ardea’s, the Alfa Romeo 8C’s 2300, but also an MG YA and a Maserati A6 1500 were all Panoramica. The Ferrari 166 MM Coupé Panoramica (it was described as such in an advertisement appeared in July 1949 in the magazine ‘L’Automobile’ to celebrate the 30th anniversary of the Carrozzeria Zagato) was born as a race car. This thanks to Elio Zagato, who envisaged strong racing abilities for the Panoramica-bodied cars, and to Antonio Stagnoli, renowned gentleman driver, who made a specific request for such a car. Both of them Scuderia Ambrosiana drivers, they turned to Enzo Ferrari (who used to call Elio ‘Zagatino’, little Zagato) to ask him to produce a Panoramica body for a Ferrari chassis to race in the Mille Miglia. After all, it was a Ferrari that had won the 1948 Mille Miglia, giving the new-born scuderia the opportunity to join the big players of the car racing world. The chassis (numbered 0018M) and the engine (12 cylinders, 2.0 litres), purchased in Maranello, were then taken to Zagato’s workshop in Milan where they were clad with a light body of thin aluminium panels. It seems that Gioacchino Colombo, a consultant for Ferrari and a friend of Ugo’s, had his say in this, proving that the two brands worked very closely together on the project. The 166 Coupe Panoramica was completed in the summer of ’49 and it started racing immediately at the Senigallia track. But its real debut happened the following year: in 1950, it won the Intereuropa Cup, the Parma-Poggio di Berceto and the Aosta-Gran San Bernardo races. Unfortunately, it failed to win the Mille Miglia, as it finished only 36th overall and fourth in its class. This disappointing result and at the same time the notion of its big potential in the steeple chases could be the reason why Zagato transformed it into a barchetta ‘siluro’ (torpedo) at the end of 1950.

Chassis 061S. The 166 Panoramica is considered to be a milestone in the development of the ‘coupé’ genre, which consolidated itself only later in the 1950s. For these reasons, and certain that Zagato transformed the same chassis with a barchetta body in 1950, Zagato Atelier Classic has started reconstructing the forms of the 166 Panoramica by studying historic photos. The complicated process did not start from hand drawn sketches, as with today’s cars, but from two faded monochrome photographs – the only remaining source of accurate information. As the original car no longer exists, state of the art digitalization, CAD modelling and CNC machining technologies were used to reconstruct the car, guarantee that the replica remains 100% faithful to the original. The sheet metal of the bodywork was then skilfully hand-crafted by master panel beaters, working on a solid, machined buck. The final result is a symphony of perfectly taut lines and seamless highlights, impeccably resolving the limitations of postwar construction techniques in putting a concept into reality. The Sanction II was built on rolling chassis 061S of a Ferrari 166 Inter born with a Vignale coupé body and delivered new to Alfredo Rosso in Turin on 18 October 1950. It is the second of only six Ferrari 166 Inter Coupé Vignale bodied. Ferrari 166 Inter was Ferrari's first true grand tourer. The Inter name commemorated the victories claimed in 166 S models by Scuderia Inter. It was produced between 1948 and 1953, with the series comprising just 37 examples, which carried chassis numbers in the odd-number Ferrari road-car sequence between 007 S and 0079 S. The 166 Inter shared its Aurelio Lampredi-designed tube frame and double wishbone/live axle suspension and 2420 mm wheelbase with the 125 S and 166 SAs was typical at the time, a bare chassis was delivered to the coachbuilder of the customer's choice. The 2.0 L Gioacchino Colombo-designed V12 engine from the 166 S remained, as did its chassis, though the wheelbase would eventually grow from 2420 mm (95 in) to 2500 mm (98 in). Output was 110 to 140 hp (82 to 104 kW) at 6,000 rpm with one to three carburetors.