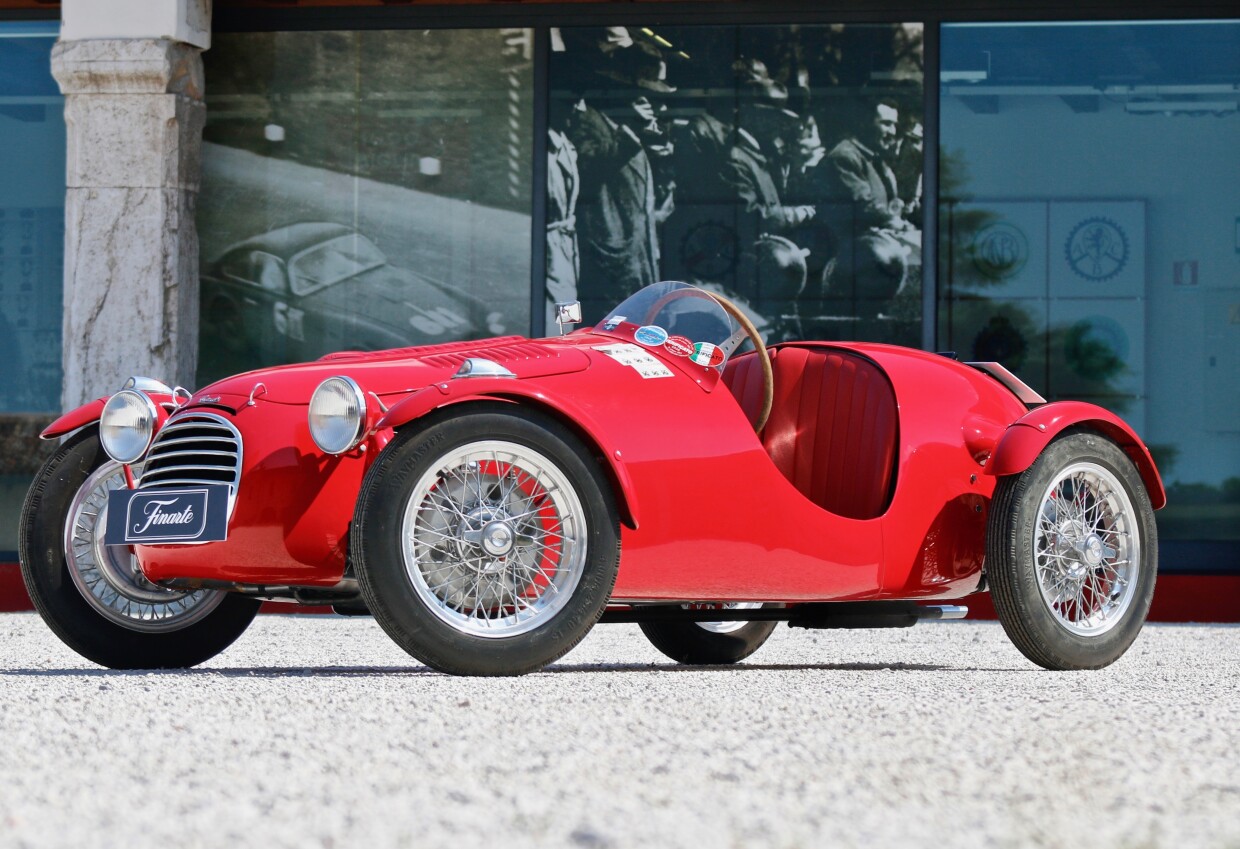 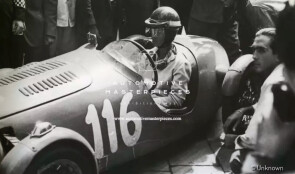 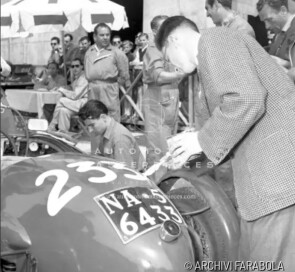 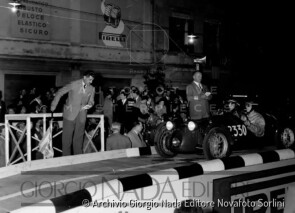 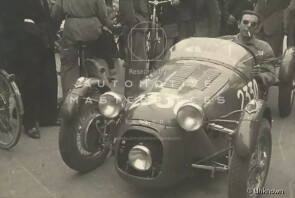 Share on
Owner Private collection
Owned and raced by Maria Teresa De Filippis. This car participated with Luigi Musso in the 1952 Mille Miglia, and with Giuseppe Sapienza at the 1955 Targa Florio.

﻿Italy is a land of motors, but when you think about it, you usually think to the area of Modena or Torino, no one thinks to Teramo, with no “car-minded” tradition, far from everywhere, a 5 hours driving from Roma with a good car after the war, in late 40s. But this didn’t scared Berardo Taraschi, a racer that decided to build his own race car, right in Teramo. Stubborn as the cliché wants the people of Abruzzo, he struggles to find anything, often using the wide availability of war surplus. In 1947 Berardo begins building sports and competition cars under the name Urania, using the BMW motorcycle engine. Following some racing success, Taraschi had struck a deal with Domenico and Attilio Giannini whereby they would provide him with their own powerful Giannini engines. The contraction of Giannini and Urania led to a new Italian marque known as Giaur and the resulting cars were truly wonderful. In the same period Giaur was also a name of a famous race-winner horse. The car was built with a tubular chassis by Meccanica Taraschi and was fitted with the G1 engine by Giannini. It was a single overhead cam, derived from the Fiat Topolino unit, whereas the later G2 engine had twin overhead cams. The result of this merge was a terribly effective car and brought Taraschi himself and lots of racers to continue victories. Over a 15 year period from 1947 to 1961, Berardo Taraschi built in its workshop, 118 small capacity racing cars, including at least 63 Formula Junior.

Giaur chassis BT-006 was completed in 1950 and sold new to the, now famous Maria Teresa De Filippis. The first woman challenging later in a F1 race, drove the car to a huge number of races in Italy from 1950 to 1952. “Pilotino” (her surname) left the wheel to her fiancé at the time, the champ Luigi Musso, for the Mille Miglia of 1952. BT-006 went then into the hands of the driver Giuseppe Sapienza that brought it to major southern events like the Giro di Sicilia and the Targa Florio. In recent times, around 2009, BT-006 underwent a complete restoration and is now shown and driven in perfect condition to major historic events, with a standard Fiat engine unit on it, while searching for “the Graal”: a rare original Giannini G-1 engine.