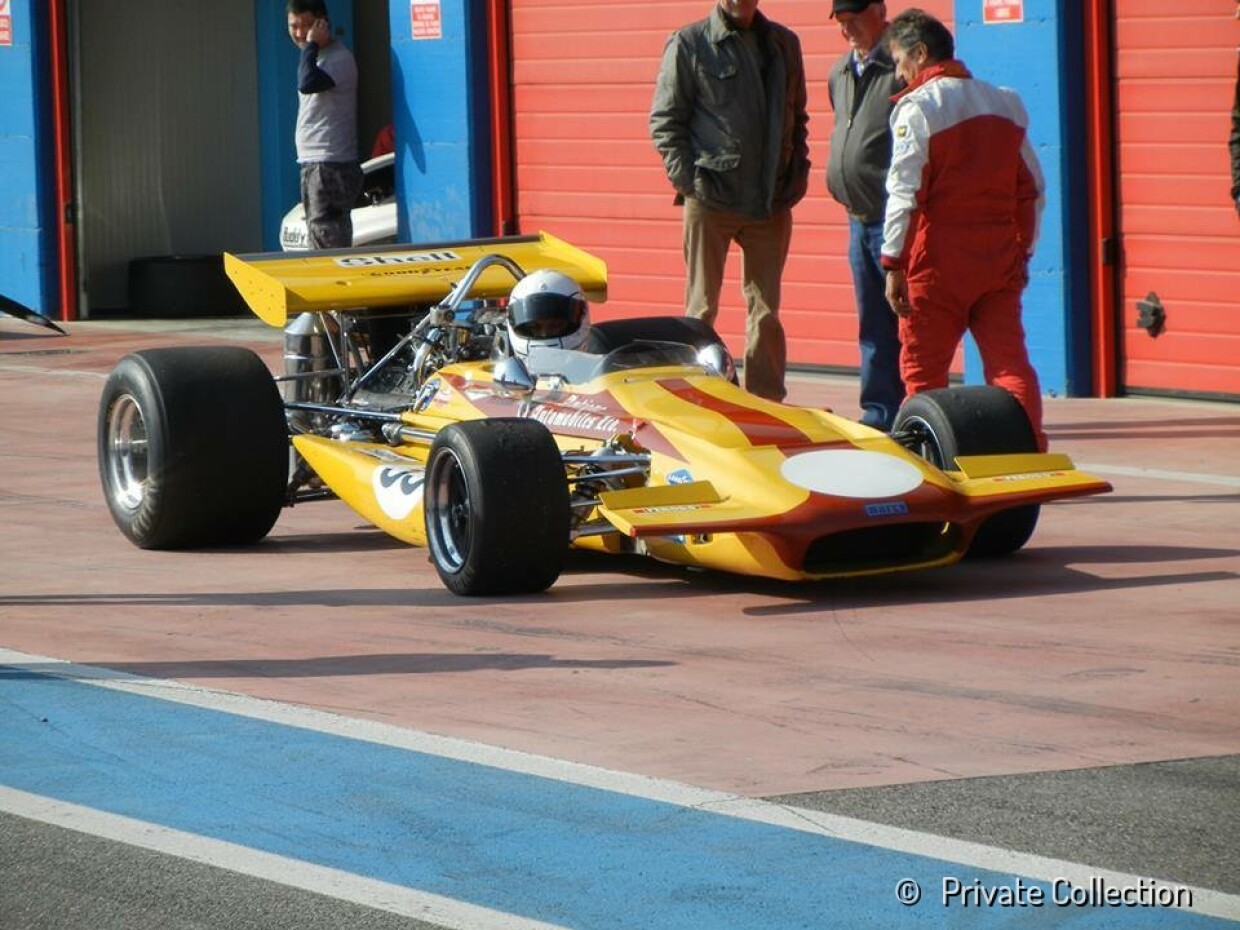 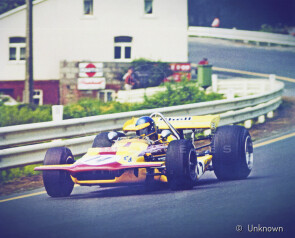 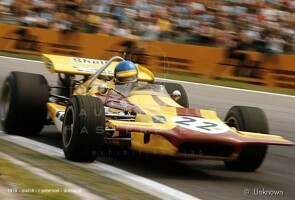 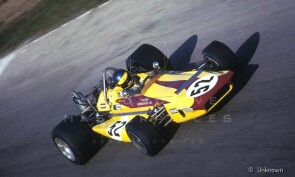 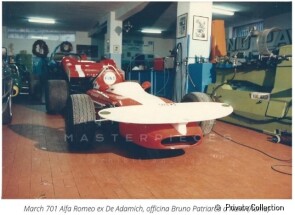 March Engineering was set up in September 1969 by amateur racing drivers Max Mosley, Alan Rees and Graham Coaker, with engineer and former McLaren and Cosworth racing car designer Robin Herd. The name March was derived from their collective initials. After producing their first prototype, the 693P, in Coaker's garage Max Mosley announced that March would enter a car for the first Grand Prix of the 1970 Formula One season. Designer Robin Herd started work on the car in November 1969, and by the 701's official press launch on 6 February 1970 two cars had been finished and were ready to run. The car's name encoded both its year of design (70x for 1970) and the intended class of competition (xx1 for Formula One). A distinctive feature of these cars was the appended stub-wing tanks on each side of the simple rectilinear monocoque chassis nacelle – an aerodynamic device created by Peter Wright of Specialised Mouldings Ltd, the bodywork suppliers. This was a first move towards modern underwing ‘ground effect’ aerodynamic management – adding further luster to the March 701 design’s historic significance. The March 701 had a Ford/Cosworth V8 engine with aluminum block and head. Power from the 3-liter unit was around 430 bhp which was managed through a Hewland DG300 5-speed gearbox. Ventilated disc brakes could be found on all four corners. In total, 11 March 701 chassis were constructed – three works cars and eight for sale to customers.

Chassis 701-8. At the beginning of 1970 March Engineering Limited of Bicester sell to Colin Grabble of Antique Automobiles Ltd a formula one car, March 701-8. The first race of team was Monaco Grand Prix and at the same time also the first race in F1 for the rookie Ronnie Peterson, who finished the race 7th and the only one March to finish the race. During the year Ronnie in March 701-8 raced in Gran Prix of Belgium, Holland, France, England, Germany, Austria, Italy, Canada and USA. In 1971 March Engineering Limited and the Reparto Corse Alfa Romeo/Autodelta closed a contract in which Autodelta would assist the March giving Alfa Romeo V8 engine for all the F1 season. At the same time Autodelta had the need to have a car where to install its engine to make engine and tyres test. For this reason received the chassis 701-8. The car received a new color red and a big airbox.