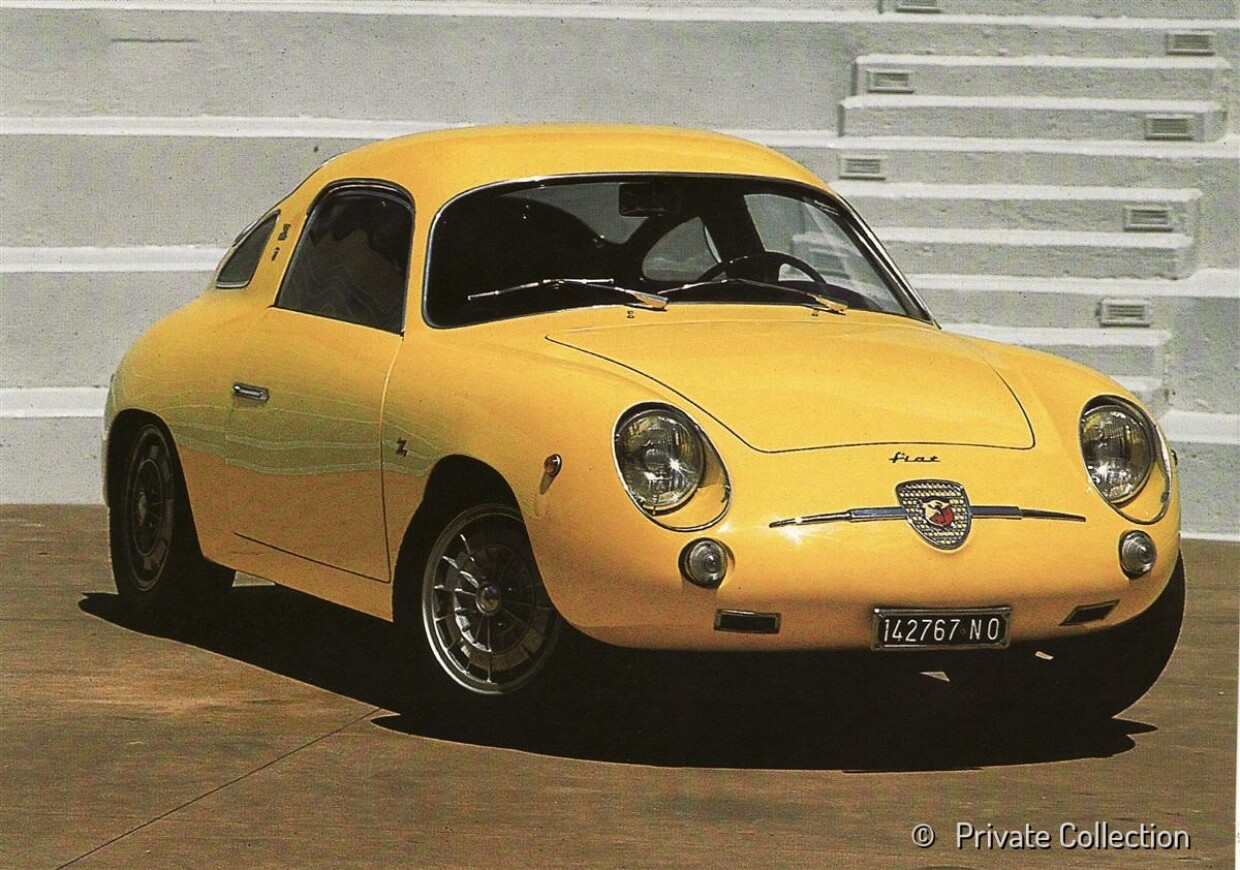 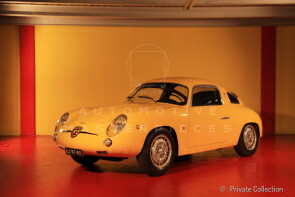 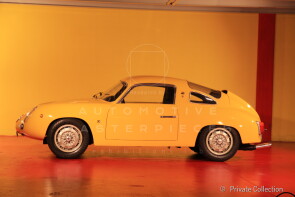 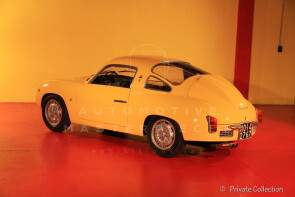 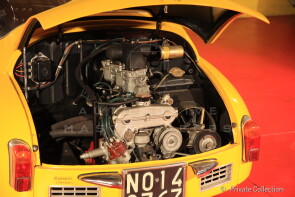 The production ‘Fiat Abarth 750 GT Zagato’ debuted at the 1956 Geneva Motor Show and the first cars were sold at the beginning of 1957. Most of the projects Abarth undertook were with Fiat vehicles and mechanical components. The results of the work were highly tuned engines, lightweight vehicle, and nimble handling. The cars dominated the smaller classes and often were quicker than the larger, more powerful competition in other classes. The 750 GT was the perfect entry level car for “Gentlemen Racers”, who could drive to the track, win their class and drive home, and it quickly became the core business of Abarth company. In July of 1957, Abarth committed to fund a record-breaking car with a sleek Pininfarina-designed body, tube frame chassis and 747cc engine. Raced around the Monza circuit for four days, the car took 15 new records including the fastest average speed of 165.376 kph for 72 hours straight. In 1958, Abarth updated their small ‘750 GT Zagato’ racecar and renamed it ‘750 Record Monza Zagato’. This was done to honor the results achieved a year earlier with the record breaking car. The extreme light and aerodynamically aluminum bodywork was made by famous Carrozzeria Zagato giving the car a dry weight of 1,145 lb. Its base engine came from the Fiat 600. Power came from a Giocchino Colombo designed twin cam 750cc engine which was capable of producing 57 horsepower at 7000 RPM. Top speed was in the neighborhood of 180 km/h. Zagato also modified the rear end to include three-quarter windows. Included on the window post was a ‘Record Monza’ badge which was fitted to both DOHC and single cam cars. Zagato also opted for a standard roof over the double-bubble used on the first series of 750 GT. During the 1959 season, the Record Monza racked up an impressive series of victories. Four of these cars finished the 12 Hours of Sebring entered by Team Roosevelt.

This car belonged to Mario Poltronieri that was racing driver and test driver for the Abarth (in the course of his career established 112 speed records on the banked curves of the circuit of Monza and ran the Mille Miglia 1954 to 1957). The chronological document of this chassis shows that this car was born as a Fiat 600 derivazione Abarth with open body, without specifying the type and then become closed bodywork in 1962. Poltronieri began working for Rai since 1961. Since 1964, he began his career as a sports journalist commenting on the meetings of the National Baseball Italian and then take the place of Piero Casucci in the role of commentator of the Grand Prix motorcycle racing and Formula 1. Hired definitively in Rai since 1971, for over twenty years Poltronieri lead broadcasts and news about motor sport.