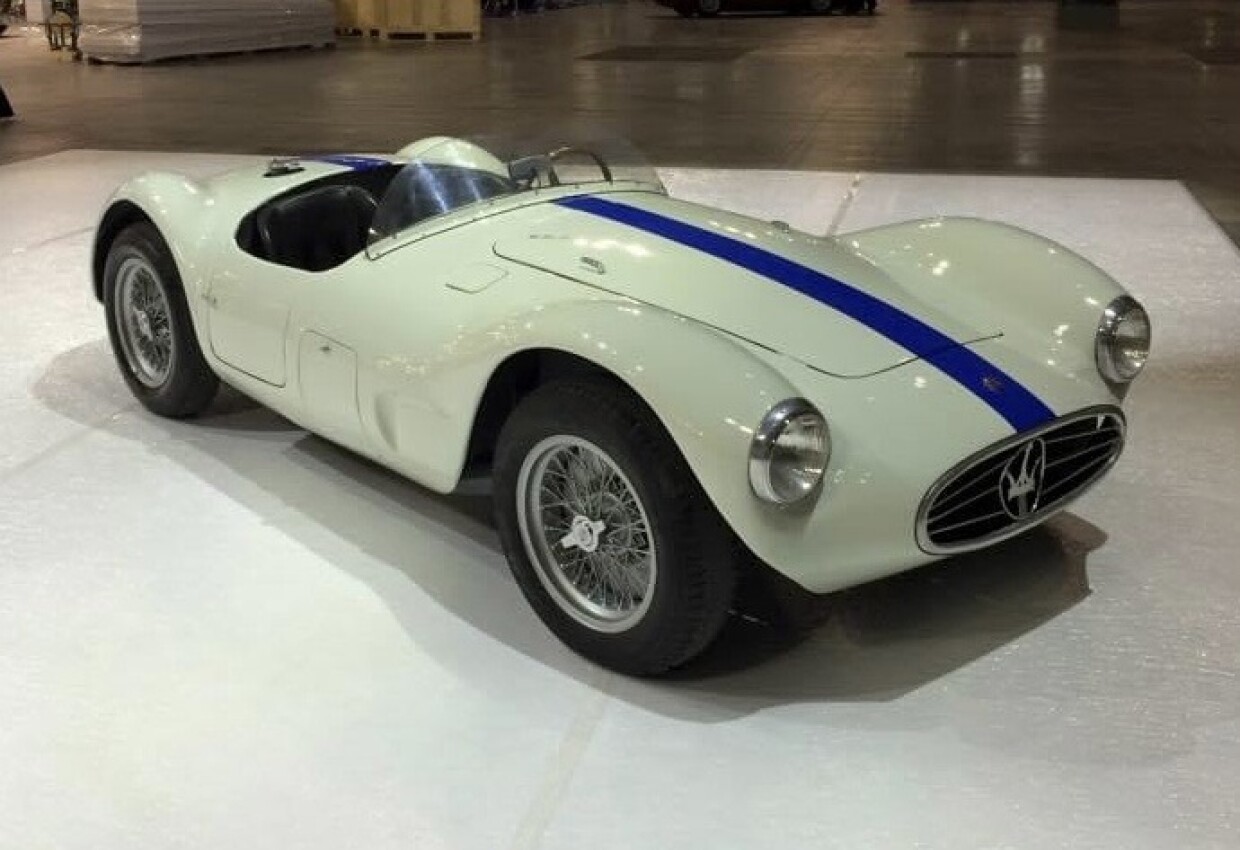 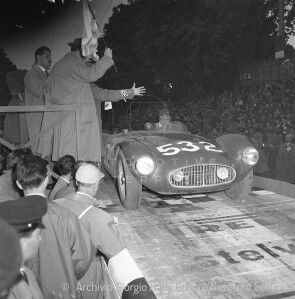 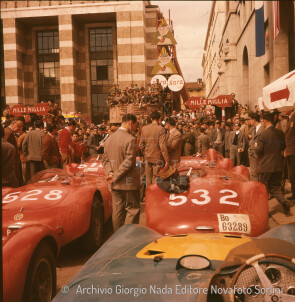 Share on
Owner Private collection
“The Colonel's Maserati” raced in 1954-1955 in France and in the French colonies with Colonel John Horace Simone. It raced the 1956 Mille Miglia. It ranked 10thoverall at the 1959 Targa Florio with Nino Vaccarella.

The second version of the Sport 2000, also known as A6GCS/53 is a two-seater racing car built by Maserati from 1953 to 1955. The huge number of races reserved for the sports-car category in the first half of the 1950s was a strong attraction for the manufacturers and for Maserati, which had always been dedicated to a commercial policy. In 1953 its task was facilitated by the contribution of a talented and eclectic designer like Gioacchino Colombo who, in compliance with the directives for the 2000 cc class, happily put them into practice with the A6GCM single-seater. By focusing on the conscious domestication of the engine, sitting on on a Gilco chassis basis, one can understand the validity of the project and that the amount of successes that accompany the journey of the second edition of the A6GCS is justified. It began its career in semi-official form in the spring of 1953 with a group of selected customers whose performances are a formidable promotional vehicle. The A6GCS/53 proliferate in Europe and the Americas, representing among other things an excellent example of a training car for a whole generation of drivers. It remains in production until the end of 1955 when the 50 units produced are exceeded. Almost all of these are set up in a spider version created by Medardo Fantuzzi and, alternatively, by Celestino Fiandri. There are also two spiders, one from Frua, the other from Vignale and three Pininfarina berlinettas.

The 1954 Maserati Sport 2000 (A6GCS/53) with chassis no. 2064 is known as “the Colonel's Maserati”. It is thanks to this car that Colonel John Simone, American hero of the Second World War and racing driver, meets the Maserati brand again and never leaves it. For the 1954 season, John Horace Simone sells his Jaguar Type C to race with a Maserati A6GCS/53. He buys this one which he has painted white with a blue line, the US colors, and with which he runs successfully. The chassis no. 2064 ran the entire 1954 racing season in France and in the French colonies and conquered numerous important placings between 1954 and 1955. In 1954 it suffered a serious accident in Marrakesh and thus was unable to participate in the 24 Heures du Mans. Later Colonel Simone will give up racing himself, for the sake of his wife, actress Junie Astor, who could no longer bear the risks associated with racing. He then became an importer of the Maserati for France, at the San Cloud garage in association with Jean Thépenier and made run semi-private Maseratis at Le Mans. In 1956, the chassis car no. 2064 is part of the Maserati squadron lined up at the Mille Miglia. Participates with race number 532, driven by Aldo Pedini, but didn’t finish the race. But the "racing" life of the car does not end here, it continues in the hands of Jean Claude Vidilles and gets an excellent 10thplace overall and 3rdin class at the 1959 Targa Florio, driven by the legendary Nino Vaccarella, together with Giuseppe Alotta aka “Solimecos”, who will then drive the car to the end of his career by competing in Sicily. The car was completely restored following its (documented) discovery in Sicily; found with some changes in the body lines it was brought back to its original shape and livery.