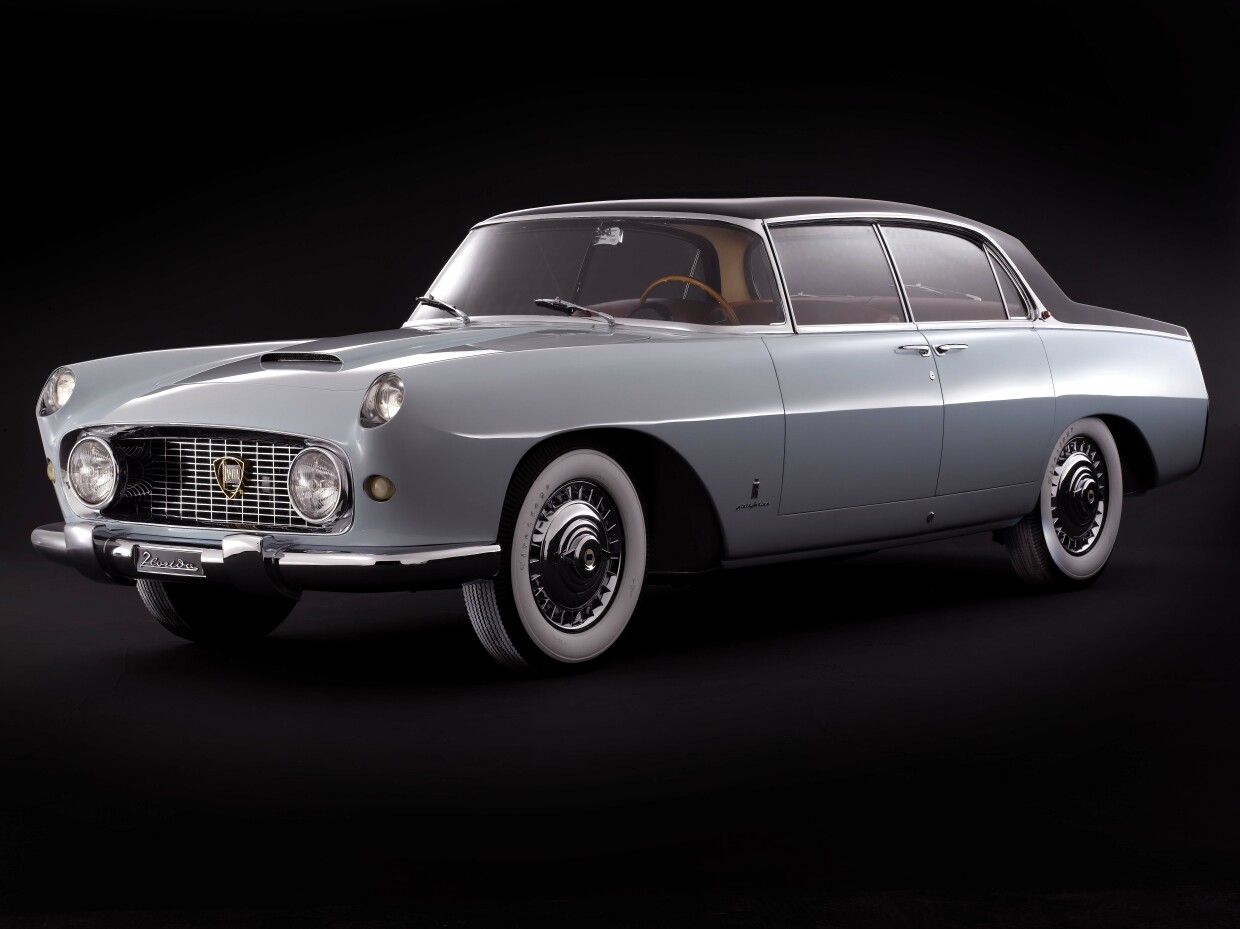 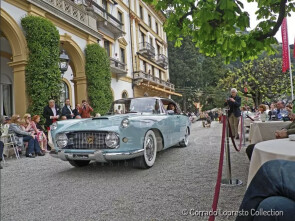 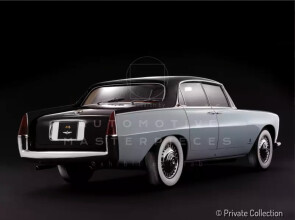 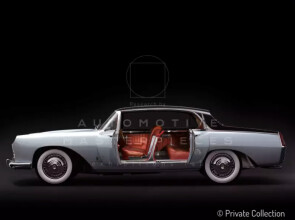 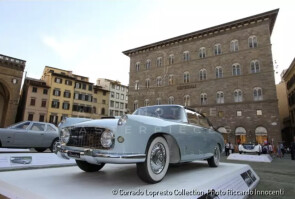 Share on
Owner Corrado Lopresto (IT)
Based on Aurelia chassis, this Florida is one of four prototypes built by Pinin Farina in 1955 and the only one with left-hand drive. Winner in main concourses.

Aurelia is the car produced by Lancia from 1950 to 1958 in sedan, coupé and convertible versions. More specifically, the chassis for the construction of the "custom-built" by the various coach builders were produced from 1950 to 1956. In 1954, when the "second series" of the Aurelia sedan came out with the 2.3-liter engine, construction of the chassis (B52, B53) intended for coach builders was completed. In the following two years (1955-56), however, according to the production records of Lancia, 14 chassis equipped with the 2266 cc engine were still built. This very limited production is distinguished by the initials B55 and B56, which, as in the case of the previous B52 and B53, identify two different chassis only for the value of the final ratio adopted. Basically, these B55 and B56 chassis (B55S and B56S if left-hand drive) are used for "internal use" by the House or as the basis for some very particular Pinin Farina creations: a B55 chassis (with shortened wheelbase) which gives rise to the last coupé of the PF200 series, a B56 chassis that is limousine bodywork, plus 4 or 5 B56 chassis that house the "Florida" series bodies. It should be noted that a chassis of this series is also sold to Ghia, who makes a coupé. Finally, the mystery remains about the "Florida 2" specimen released in the autumn of 1957, which could have been conceived starting from one of these chassis.

Pinin Farina created a “Florida” two door prototype then, in 1955, presented this example at Turin and Geneva Motor Shows, bought directly in the Pinin Farina stand by Kjell Qvale, US Lancia main dealer. This car based on the Aurelia B56S chassis is the one of four examples in the four door configuration and the unique left hand drive. The sedan has rear suicide doors, according to Lancia tradition, and no B pillar, as well as many interesting design elements such as flat sides with a single crease running right above the wheelwell, headlights mounted in the grille, an inset rear windshield and flying buttresses. The car passed through various owner until 1993 when Jules M. Heumann, chairman of the Pebble Beach Concourse d’Elegance, bought it and kept it until 1996. From year 2000 the car become part of another important collection, the one of Mr. Corrado Lopresto. This example won the best in class at the 2010 Villa d’Este concourse, then at the Turin’s one and during the Ludwigsburg’s one; here this car obtained a jury special prize for the design. The importance of this car is not only its breathtaking line. It is a breaking point in the history of the car style and until the ‘70s, this car influenced the world car production. The monolithic design, with cars rounded and compact, like they were carved from a solid block, was replaced from an architecture made with combined panels. The void in the pavilion improves its strength of expression.