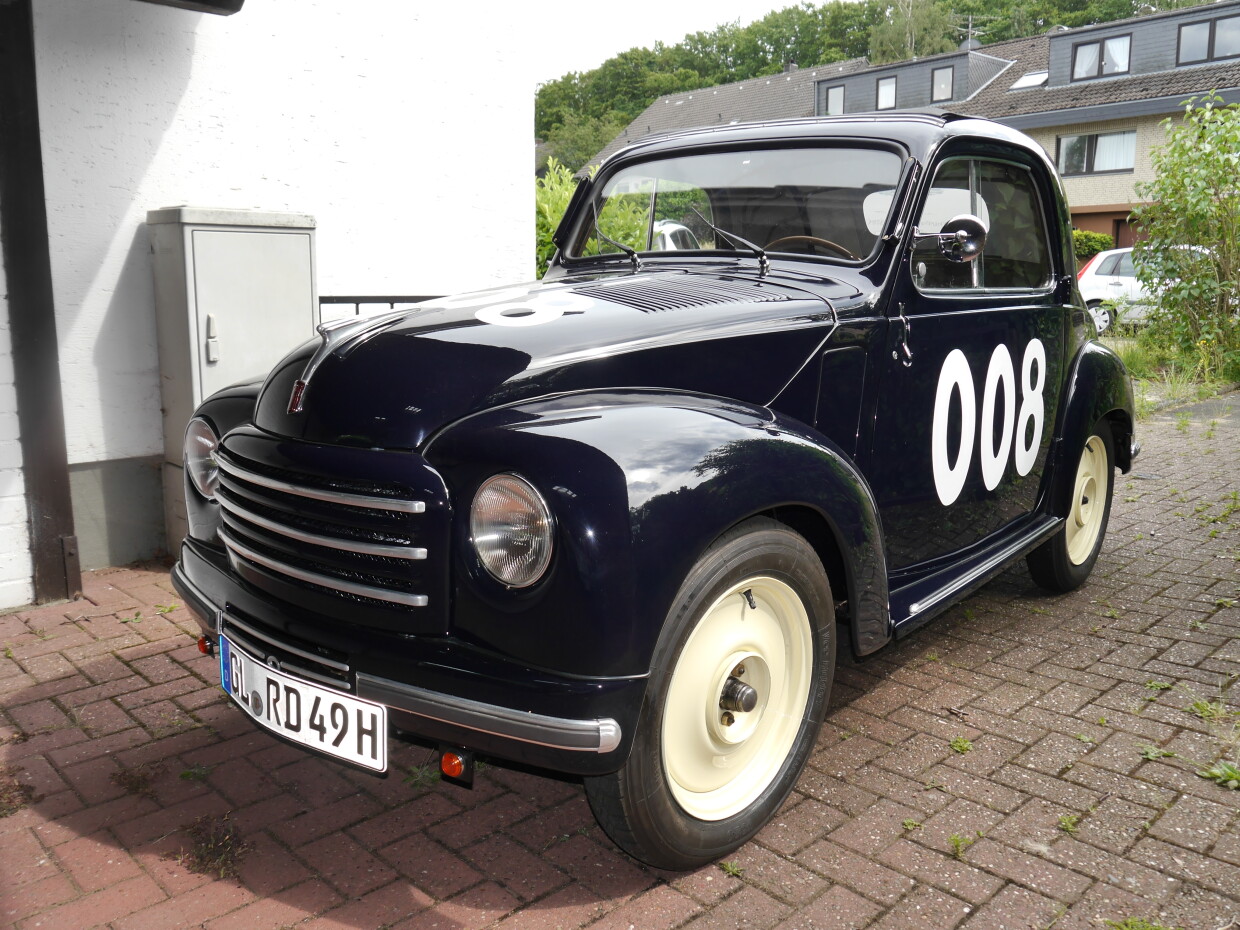 The 1949 Fiat 500 C, chassis no. 163306, raced the 1950 Mille Miglia, with Livorno plates (LI13096) with entry number 008 (starting time 00:08) driven by Giovanni Mancini AKA “Gianni”. It ranked 177th overall and 53rd in class. Photos and official documents attest to the participation. Chassis no. 163306 was also used in the Coppa della Toscana race, again in 1950 with “Gianni” Mancini at the wheel, but didn’t finish the race. After some quiet-er periods and several owners, the car was recently restored. Although over the years we have become accustomed to seeing cars of the highest lineage and power in re-enactments, it should be remembered that the Mille Miglia saw dozens of Fiat 500 Cs entered by many enthusiasts who could, with this vehicle, run on limited budgets. So, it is interesting that, recently, enthusiasts are increasingly taking Topolino back to racing (with the Mille Miglia on the front line), a car that is always well received and loved by the public.