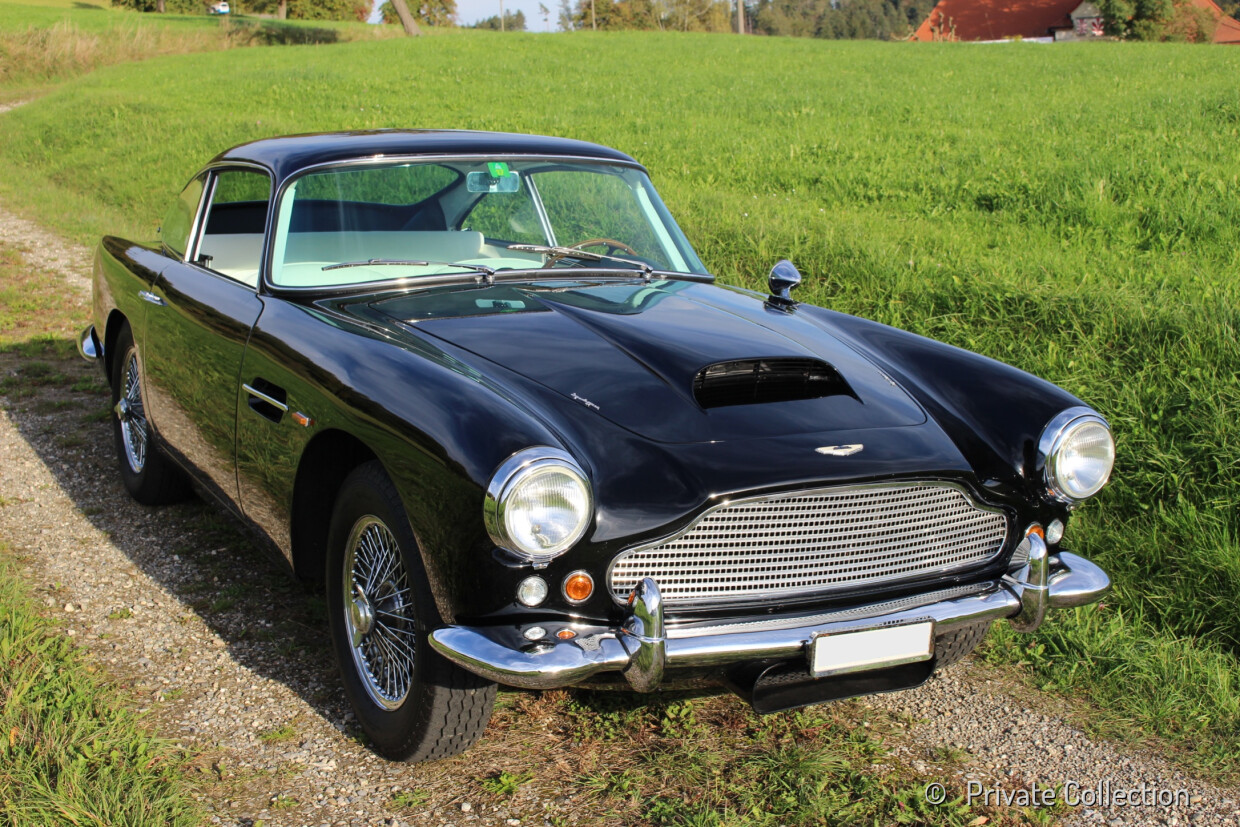 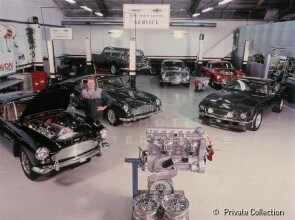 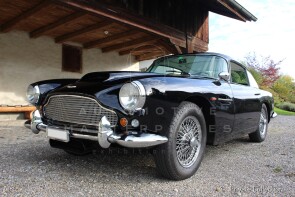 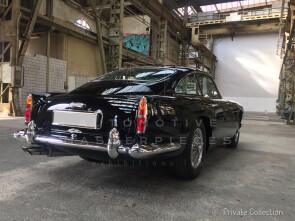 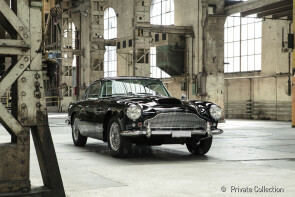 Share on
Owner Private collection
One of just 73 LHD cars out of a total of 149 Series 1 DB4 built. This very car belonged to the Italian Marquise Giovanna Gerini, then donated to the red cross.

When it was first unveiled, the Aston Martin’s DB4 was a huge step forward for the factory, and represented a technologically and aesthetically impressive car that has now reached cult status for collectors and casual enthusiasts alike. The DB4 is a sports car sold by Aston Martin from 1958 until 1963. It was an entirely different car from the DB Mark III it replaced, though the 3.7 L engine was externally visually related to the 2.9 L unit found in that car. The engine, designed by Tadek Marek, was a double overhead cam straight-6, with cylinder head and block of cast R.R.50 aluminum alloy. Its lightweight Superleggera body, designed by Carrozzeria Touring in Milan, and its Continental looks caused quite the sensation upon its unveiling at the 1958 London Motor Show. Although the design and construction techniques were Italian, the DB4 was the first Aston Martin to be built at the company’s Newport Pagnell works in Buckinghamshire, England: the acquired Tickford factory.

The early Series 1 DB4’s are characterised by simple bumpers and the front opening bonnet. Only the 1st series DB4 has this feature. The Series 1 DB4 was in production from October 1958 to January 1960 (chassis numbers DB4/101/R to DB4/249/L) with a total of just 149 cars completed. Of these 149 cars, 73 were built with left-hand drive for export. The improved Series 2 became available from January 1960. The Series 1-2 examples are considered by many to be the most beautiful of the DB4 range due to its Egg Crate Front Grille, Larger Front Bonnet Scoop and Straight Rear Cathedral Tail-lights all part of the original Touring of Milan design.

This DB4 is the chassis number DB4242L, and therefore belongs to the first series. It was bought at the beginning of the year 1960 by a famous Italian Marquise, called Giovanna Gerini, daughter of the Marquis Carlo Gerini. She was the sister of of Antonio Gerini, known as the "Marchese della Notte", a protagonist of the “dolce vita” period and of Gerino Gerini, a well known racing driver. In 1971 the car was sold at an auction organized by the Red Cross of Bern. Peter Businger, a Swiss who held the DB4 until 1994, won the car for 7500 Fr. The DB4 was then sold to Michael Erlich, who, after a short period, sold the car to Rolf Biedermann, until it reached its current owner in 2015. The car, for most of its stay in Switzerland, was controlled and maintained by the competent hands of René Wagner of “Fast line GmbH”, an important Swiss Aston Martin dealer and workshop. It also underwent a restoration, that brought it back to its perfect original conditions.