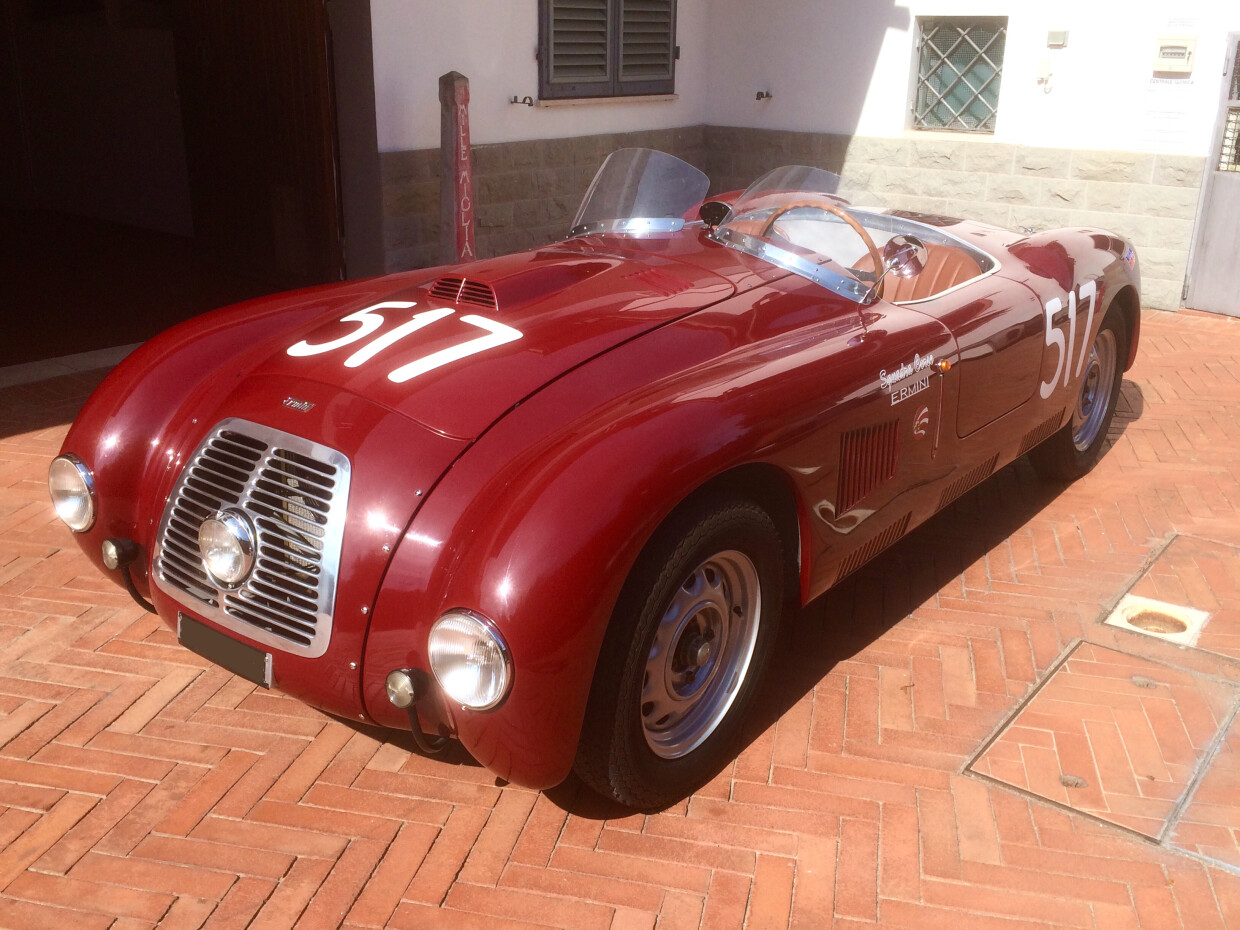 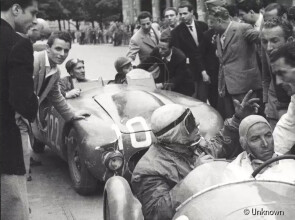 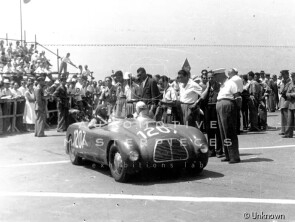 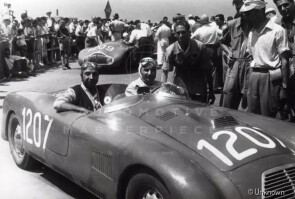 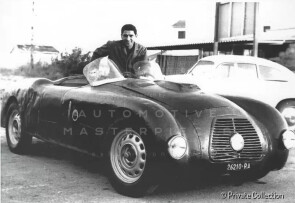 Share on
Owner Private collection
Born as a Fiat 1100 sedan and transformed into a sport. It raced 1948 Mille Miglia, damaged and rebuilt, it ran 1949 Coppa della Toscana and 1955 Mille Miglia.

With the coming of the war, Ermini devoted himself exclusively to maintain the few vehicles still on the roads and in 1946 he resumed his company and he moved the workshop in Matteotti Street n°21/r. In early month of 1946, Ermini developed the idea to build an aluminum cylinder-head with two over head camshafts to be apply at the 1100 Fiat (508C) block; he put his thoughts on paper which were transformed into technical drawing by the engineers of Galileo's Workshop in Florence. This idea turned out immediately too difficult to achieve in the postwar Florence. The first casting of cylinder-head, were made at the studio of a sculptor in Florence using the material of discarded old pistons.After lengthy tests carried out by Ermini and his mechanics many time by trial and error, in the early months of 1947 was completed the first Fiat-Ermini engine. It's important to point out the name Fiat-Ermini depends of the new CSAI regulations requiring to register all cars, in this way prohibiting to call them with his own name, unless dealing a costly test on mechanical parts that composed the car. This was the reason because until 1951 all cars realized in the Ermini workshop were registered with the name of Fiat-Ermini using the name of the famous Turin manufacturer who indirectly gave some mechanical parts. All the engines built by Ermini, including the model with the Fiat 1100 engine block, have a double overhead camshaft (DOHC). There have never been Erminis or "motorizzate" Ermini with a single overhead camshaft (SOHC).

Chassis 214184 is a 1948 Fiat Ermini 1100 M.M. Sport born in 1938 as Fiat 1100 sedan. Immediately after the war in 1945, the car returned to being owned by the Fiat dealer in Florence, Renato Scotti, (plate FI 41333) and, between the winter of 1947 and the first months in 1948, it was transformed into Sport. The transformation is not just about the type of bodywork but it is also structural. The chassis is boxed to increase rigidity and was added to a tubular frame that reinforces the whole forecarriage doing also function of support for the body. This system is typical of bodies with patent "Ala d'Oro" recognizable by the profiled body which follows the section of the wing of an airplane. Carrozzeria Ala d’Oro was founded in 1946, and located in Reggio Emilia, by Franco Bertani and Officine Reggiane in Reggio Emilia. In that period Bertani gave its patent to other Carrozzerie to realize cars with the system that he patented. The car was powered by a double overhead camshaft (DOHC) Fiat 1100 by Ermini, friend and fellow citizen of Scotti. The car took part in the Mille Miglia in 1948 during which it was heavily damaged both the front and in the rear. Scotti decided to sell the car and the new owner, Camillo Rossi, brought the car to the Carrozzeria Mariani. It rebuilt both the front and the rear. The car took part in the 1949 Coppa della Toscana and subsequent to the 1955 Mille Miglia.