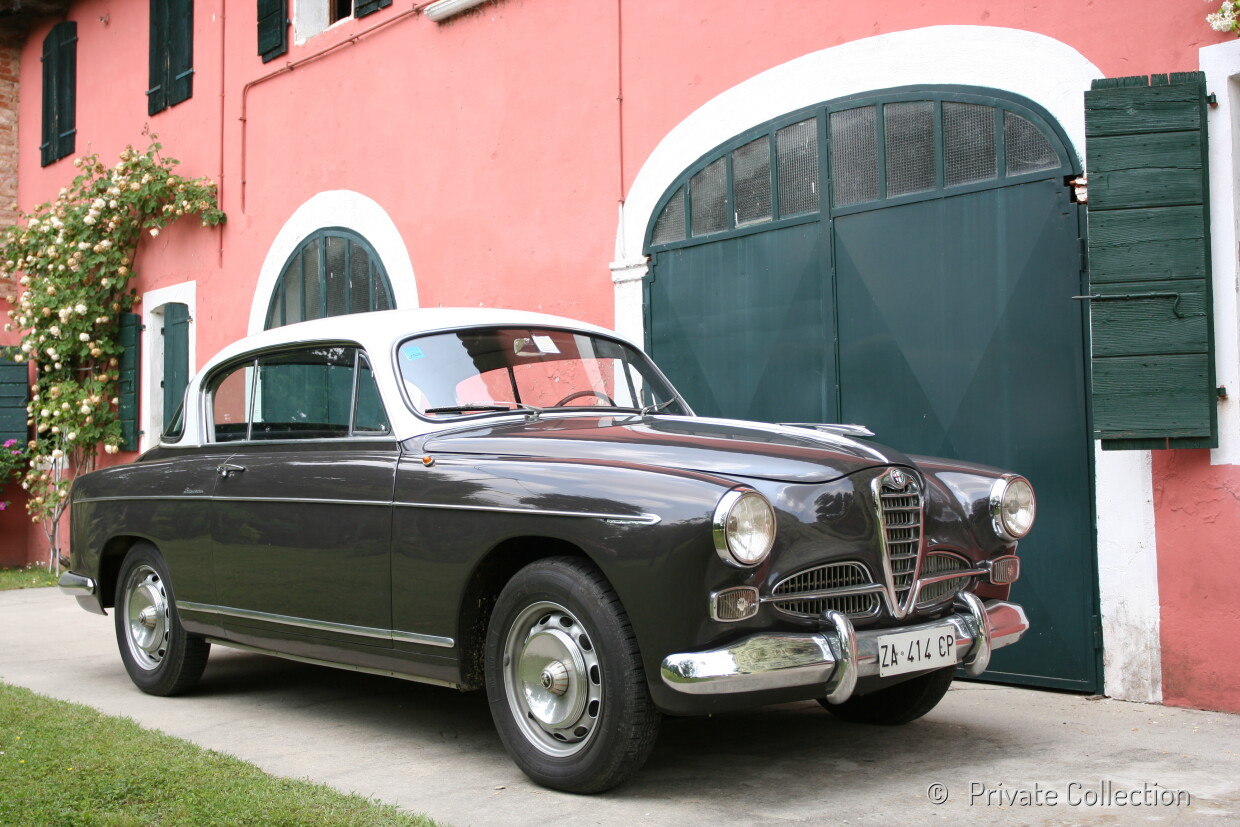 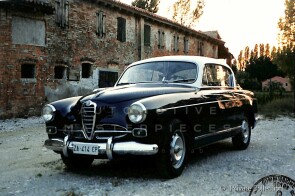 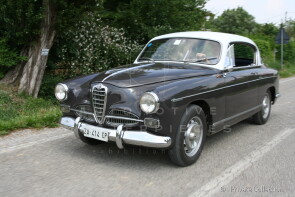 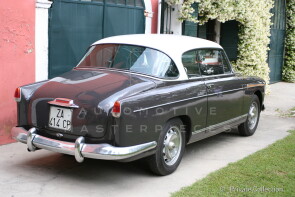 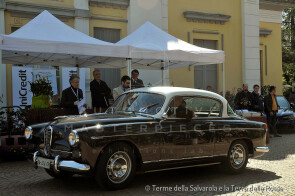 Share on
Owner Private collection
In its two tone livery, it is believed to be a rare first series, so possibly one of 13 produced and anyway one of the very few 1900 Primavera survived today.

Iginio Alessio, then general manager of Alfa Romeo, was concerned for the viability of the independent Italian Coachbuilding industry–the avant of the unibody chassis design was threatening to put the carrozzerie out of business. The 1900 chassis was used by many coachbuilders to their designs for one-offs or small series production. In 1953, Mario Felice Boano sold Ghia to Segre and in 1954 started his own firm. Boano managed his firm, in conjunction with his son, Gian Paolo, until the end of 1957. In this period of time, between 1955 and 1957, the Turin Coachbuilder Boano built the Primavera (Spring) two-door saloon. The body of this coupé was built on a chassis of the 1900 Super Saloon, a completely new coachwork was done without changing the wheelbase of the four-door. At a first glance, the front and the roofline seem similar but instead are different. For example, the contours of the Primavera are much more pronounced, the front and rear wings sit higher and are more eye-catchingly styled, and even the bonnet is of a different shape from that of the Berlina. The new car was offered as coupé although front bench seat, steering wheel-mounted gearshift, interior space and luggage compartment were comparable to the four-door. Both front side windows without frames and rear side windows can disappear right down. The mechanical basis for the Primavera is the 1900 Super. Alfa Romeo nevertheless included the model in its official catalogue and distributed it through its own dealer network. At 2,595,000 lire, the retail price was still 300,000 lire above the price of the 1900 Super. The Alfa Romeo 1900 Primavera production figures were as follows: 1955 4 cars, 1956 286 cars, 1957 10 cars. Few changes were made to the body after a short period in production, reference is made to the first and second series. It is believed that after 13 cars the body design was changed. The most visible change is the positioning of the moldings. A continuous side trim strip, from the lights through the wings, is replaced by a version that is angular in the sections and outlines the two-tone paint. The rear bumper is now in one piece, in place of the previous one that was in three pieces, and some details on the dashboard have been modified. Overall, these changes result in a resemblance to the 1900 Super Saloon. In 1957, Boano transferred his company to his son-in-law, Ezio Ellena, (husband of Gian Paolo’s sister) who took over with his old partner Luciano Pollo. Then, in 1957, Boano was hired as the head of FIAT Centro Stile.

Chassis AR1900*15806 is believed to be still a first series. This chassis number corresponds to the production of early 1956 and the body has a color scheme and moldings typical of the first series. In any case, there are very few 1900 Primavera survived today.