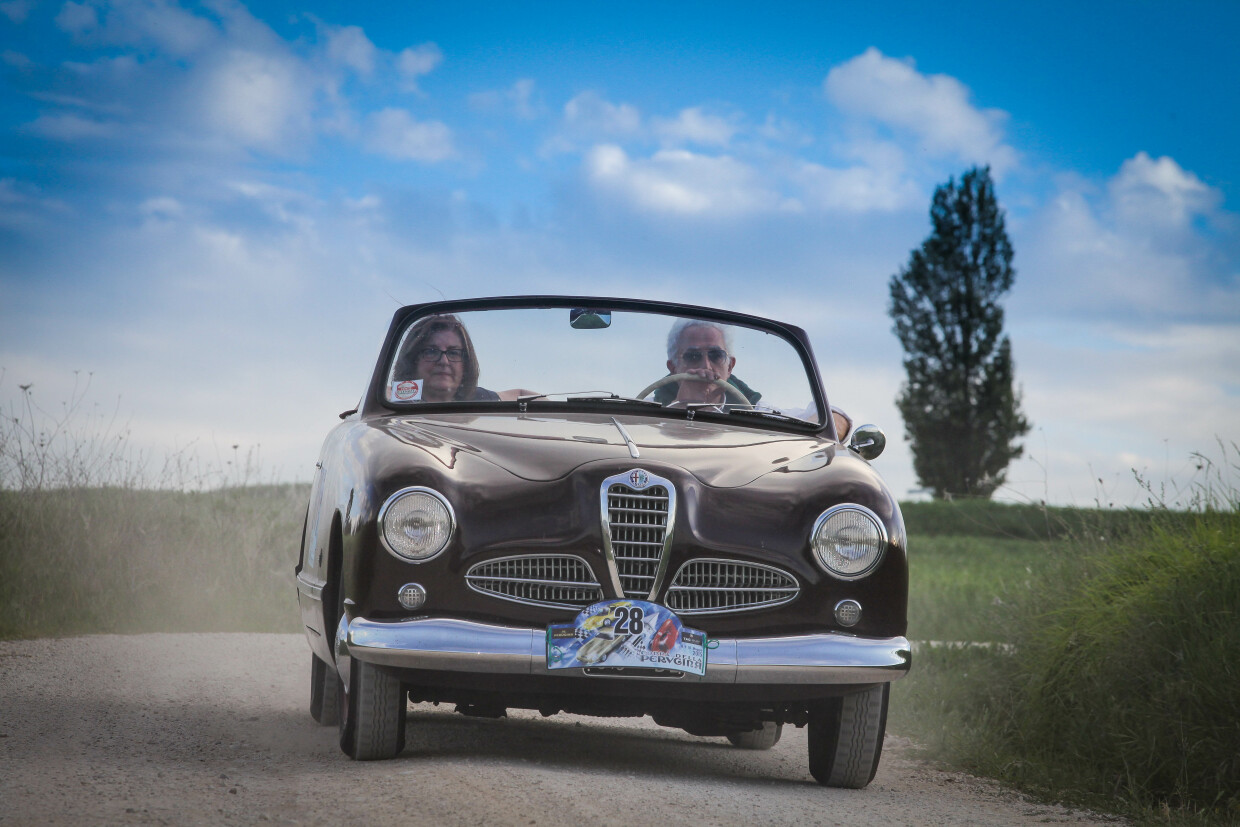 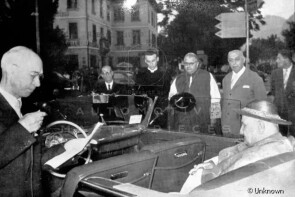 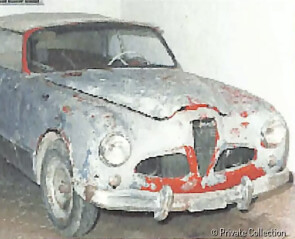 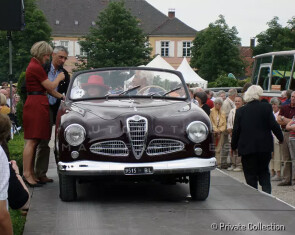 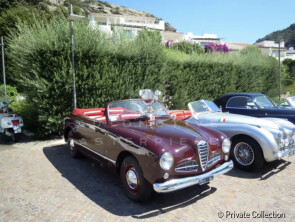 Share on
Owner Private collection
One of few examples remaining of Cabriolet Victoria. It is believed to be the car used by the Patriarch of Venice, Cardinal Roncalli, later Pope Giovanni XXIII.

Iginio Alessio, then general manager of Alfa Romeo, was concerned for the viability of the independent Italian Coachbuilding industry–the avant of the unibody chassis design was threatening to put the carrozzerie out of business. The 1900 chassis was used by many coachbuilders to their designs for one-offs or small series production. The 1900 L model was a rolling chassis destined for external coachbuilders and had the same wheelbase and track dimensions as the standard 1900 berlina. The coachbuilders produced cars with overall lenghts that were in certain cases greater than that of the standard model. Carrozzeria Stabilimenti Farina was a coachbuilding company founded in 1919 by Giovanni Farina, older brother of Battista 'Pinin' Farina. Stabilimenti Farina made 48 convertibles based on the 1900 L chassis, they were called as Victoria Cabriolet Stabilimenti Farina. All of these cars were built in 1952 with maybe a few in 1953. Stabilimenti Farina closed its doors in 1953.

Chassis AR1900*20075 is one of the few Alfa Romeo 1900L Cabriolet Victoria survived. It is believed to be the car used by the Patriarch of Venice, Cardinal Roncalli, later Pope Giovanni XXIII, on the occasion of the Seminario Eucaristico di Belluno (Eucharistic Belluno seminary) in 1956. The car changed its intended use at the beginning of the 60s, used for rental service with driver. It underwent a complete restoration in 2008 and since then has actively participated in many re-enactment events for historic cars.