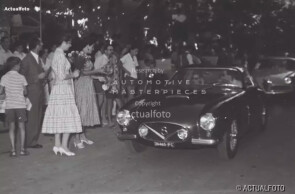 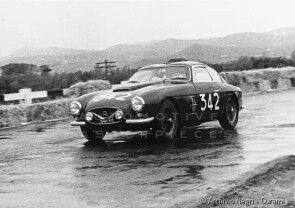 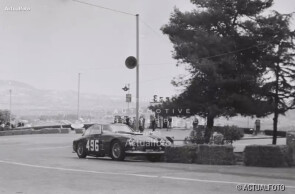 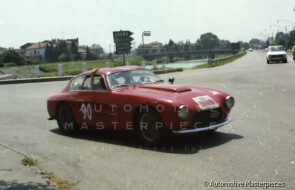 The first 8V Zagato was built in 1952 for the well-known Italian gentleman driver Ovidio Cappelli who was looking for a car that was lighter and faster than the production 8V designed by Fabio Luigi Rapi. The Cappelli victories convinced Zagato to build a small series of the 8V, a leader in the GT class. Carrozzeria Zagato bodied 30 cars, only six were built with double-bubble roof.

1954 Fiat 8V Chassis 106.000062 is a Zagato bodied car. It’s one of the only six OttoVùs built with the “double-bubble” roof. They were Elio's 000084, Giancarlo Bonetto's 000083, 000082, 000081 which had a boot lid for limited luggage and 000078, The sixth car, 000026, was a Zagato transformation carried out in 1956. Counting up in chassis numbers, we find 000078 as the second 8VZ that featured the double bubble roof. This, however, doesn't mean that it was the second 8VZ-db built. First known owner was Mario Muselli from the province of Piacenza. The car participated in the 1956 Mille Miglia in the hands of Ferrini/Rabuffi finishing in 47th position. No other competition is known about this car other than a contest for first place at the Concorso di Eleganza di Rimini where it was entered by Sanzio Nicolini from Ancona. A period Auto ltaliana article called it the most beautiful car of the show. 000078 featured the same details as 000026, i.e. the large 8V in the grille and the air outlets in the front fenders. This car however only had three aluminium flashes while 000026 had four. The car had a major change at the beginning of 1960s. The images of the car racing in 1962 portray a considerably different nose, with a wider grille and a more modern line. It is not known, but it is easy to suppose an accident in races that led to rebuild the nose with a new shape. The one that the car is still showing nowadays. We can say that this car has an everlasting career, since, right after a long lasting competition activity, immediately began its participation to re-enactment events, from early 70s until today.