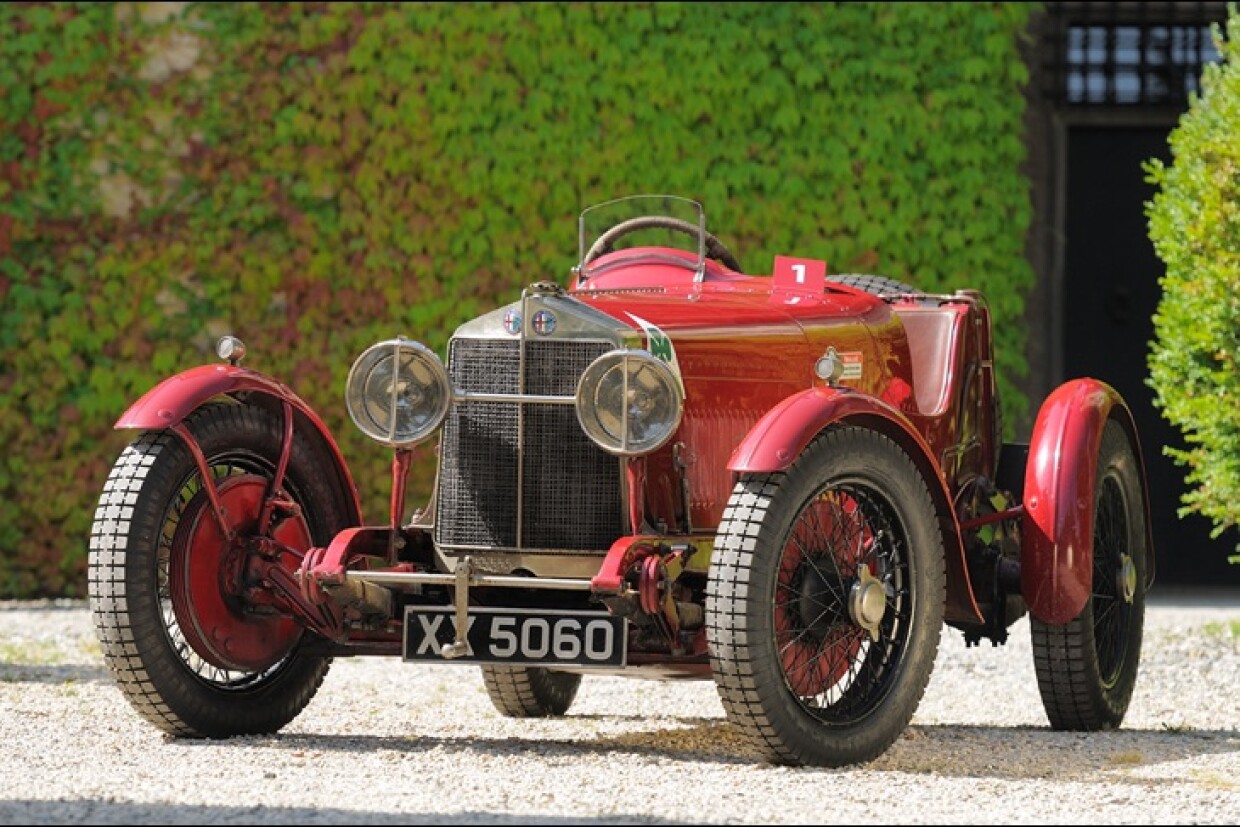 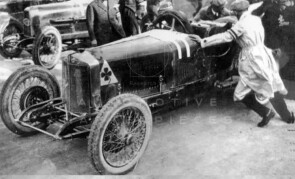 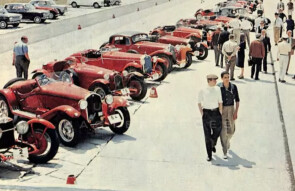 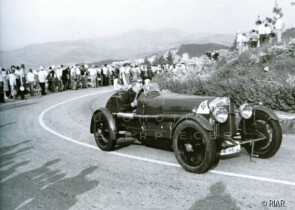 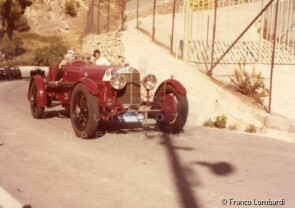 Share on
Owner Private collection
This is the sole survivor chassis of the Alfa Romeo works team that raced in the 1924 Targa Florio. It is believed to be #11 car of Count Giulio Masetti - 2nd OA.

no. 5 manufactured, no. 1 remaining

The Alfa Romeo RL was produced between 1922–1927. It was Alfa's first sport model after World War I. The car was designed in 1921 by Giuseppe Merosi. It had a straight-6 engine with overhead valves. Three different versions were made: Normale, Turismo and Sport. RL total production was 2640. The RLTF (Targa Florio) was the race version of RL. It weighed half of normal versions, even if the engine had seven main bearings instead of four and double carburetors. It was used among the 1923 Alfa race team, which had drivers like Ugo Sivocci, Antonio Ascari, Giulio Masetti and Enzo Ferrari. Sivocci's car had green cloverleaf symbol on white background and when he won Targa Florio 1923, that symbol was to become the Alfa team's good luck token. Five different RLSS were entered in the first Mille Miglia in 1927, but only two completed the race.

It was one of four six-cylinder RLTF cars built expressly for the Targa Florio by Alfa Romeo, two with 2,994cc engines for Campari and Wagner, two with 3,620cc engines for Ascari and Masetti. Their designer Geometra Cavaliere Giuseppe Merosi had been the founding engineer of ALFA, which he had joined in October 1909. He had developed the RLTF from the production Tipo RL ‘22/90’, using lighter chassis and specially tuned four-bearing engines. The five-car team built for the 1923 Targa Florio had secured a resounding 1-2-4 victory for Alfa Romeo; it could have been 1-2-3, but Campari, who had been lying second on the last lap, ran out of petrol short of the finishing line.
This is the sole survivor original chassis of the Alfa Romeo works team that raced in the 1924 Targa Florio. It is believed to be the car driven into second place in that most gruelling event by the count Giulio Masetti. Masetti completed the Targa in 6 hours, 41 minutes, 4 seconds, missing first place by the narrowest of margins, less then 10 minutes.
Loathe to change a winning formula, Alfa Romeo’s 1924 Targa team followed the same basic prescription but had more powerful engines and four-wheel braking in identical chassis.
Some four months later, Englishman L.G. Styles travelled to Milan to visit the Alfa Romeo factory. After being welcomed by company owner Nicola Romeo, Styles was offered the sole agency for Alfa Romeo in Great Britain. He also bought the “rather special” 22/90 RLTF in chassis form without equipment. Styles had the car fitted with a light two-seater pointed-tail sports body by A. E. Leadbetter of Marsham Street, London SW1, registering it as “XX 5060” in March 1925. It was hastily prepared for the Essex Motor Club’s Kop hillclimb on 28th March.
From then on Styles’s policy was to loan the Alfa to amateur drivers, registering it in their names for a few weeks so that they could take part in sporting events and changing the car’s colour from shell granite to black, and gold to blue, and swapping cylinder blocks and engine internals to vary the capacity between 3.0 and 3.6 litres to give the impression that a different 22/90 was competing every time! Among the drivers involved in this ingenious ‘loan scheme’ were Major Coe and Hugh G. Walker of Troon, Ayrshire.
In the following years the car changed several owners and competed in several races as Brooklands August Bank Holiday, Shelsley Walsh and Lewes speed trials.
Early in 1950 was bought by Michael Crowley-Milling of Alderley Edge in Cheshire.
The Alfa Romeo first appeared in VSCC events in 1955 and became a regular and successful competitor including, from the mid-1960s, events on the Continent. After the 1966 International Alfa Romeo Rally in Milan, long-term Alfa Romeo designer-engineer and historian Luigi Fusi, who had worked with Merosi, learnt with regret that the car had lost its original close-ratio gearbox, had two new constant-mesh pinions made from his original drawings and presented them to Crowley-Milling.
Increasingly involved with the Centre for Nuclear Research in Geneva, where he had been offered a full-time job, and with a 2.3-litre Alfa “crying out for restoration”, Crowley-Milling reluctantly agreed in 1969 to sell the RLTF “as was” to former racing driver Count Giovanni “Johnny” Lurani Cernuschi, who had been keen to buy the Alfa ever since seeing it at the rally in Milan.
Johnny Lurani painstakingly restored the car to its 1924 Targa Florio configuration, with a body built by the Riva carrozzeria of Merate (Como), who had bodied his 1935 500cc record-breaker “Nibbio” and took part in the 1977 Montreux Grand Prix Retrospective celebrations with it. After Lurani’s death at the age of 89 in 1995, the car remained in his family, who have several times competed in the historic Mille Miglia with it. Most recently the Ferrari factory took the Alfa to Sicily to shoot a short film about Enzo Ferrari’s life, in which his screen character races the car on the Targa Florio.