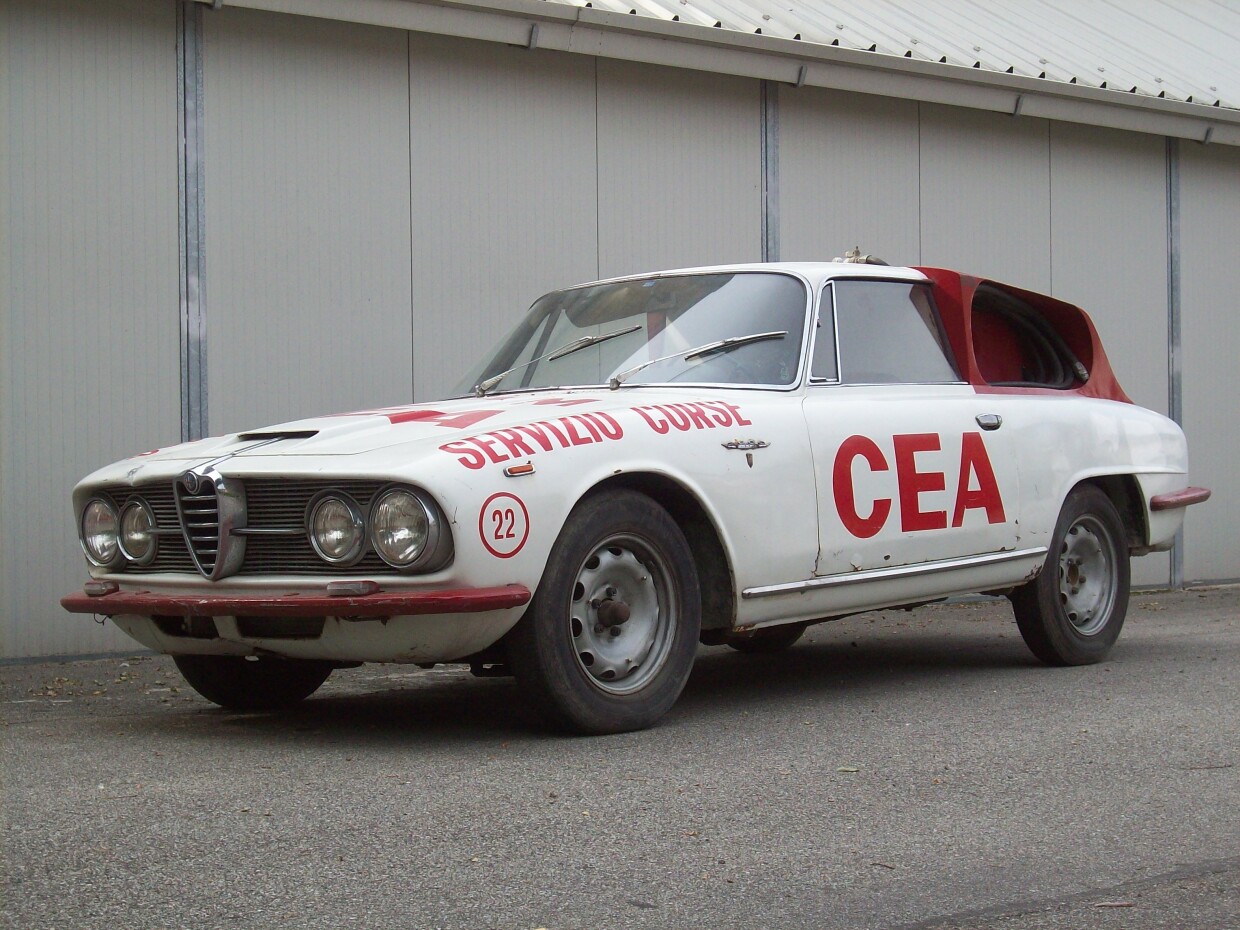 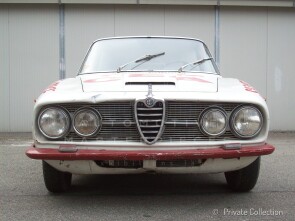 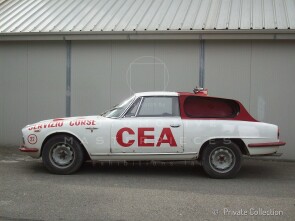 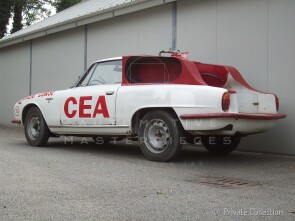 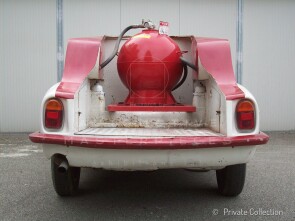 Share on
Owner ALFA BLUE TEAM (IT)
A fire-fighter high speed pick-up on AR 2600 Sprint basis; this is one of very few of this kind, modified by Carrozzeria Grazia of Bologna for CEA Squadra Corse.

The 2600 Sprint was a large grand touring coupe which could seat four adults in comfort over long journeys at high speeds. As such, it did not suffer unfair comparisons to other models in the Alfa Romeo range, none of which could directly compare to it. Since it was oriented more towards fast touring than sporting driving, the agility and handling balance of the smaller Alfas mattered less, while the stability and smoother ride of the larger car, and the wide power and torque band of the new six-cylinder engine, came into their own. Added to the greater space and comfort, those virtues made a convincing case for the 2600 Sprint. The car also inherited the sharp, modern styling of its predecessor, the 2000 Sprint, and that certainly contributed to its being the top seller in the 2600 range. That shape had been the result of Giorgetto Giugiaro's first major project as head designer for Bertone, and is arguably one of the most influential designs in the history of automotive styling. A certain number of 2600 Sprint were purchased by the Italian government and specially equipped and modified to be used as Police and Carabinieri patrol cars, respectively nicknamed "Pantera" (panther) and "Gazzella" (gazelle), from the emblems of their rapid intervention teams. The cars were very suitable for high-speed pursuits to counter the increase in armed robberies by motorized gangs in 1960s Italy, and appeared in several genre movies of the time.

CEA Squadra Corse was founded by Ermete Amadesi in 1970, three years after the founding of CEA Estintori (extinguishers), a manufacturer of fire fighting tools. Following the withdrawal of the Fire Service in the race tracks, stadiums and cinemas, managers at Imola Autodrome Luciano Conti and Paolo Moruzzi turned to Ermete Amadesi. He did modify some Maserati Quattroporte and Alfa Romeo 2600 Sprint in pick-up by removing the roof and equipping them with special fire-fighting devices. He commissioned the work to the Carrozzeria Grazia of Bologna.

This car is a 1963 2600 Sprint chassis and body, modified in 1969. It was one of the first cars for the upcoming new fleet CEA. After a few years of service presumably the Autodromo di Imola, the car served at the Autodromo of Varano de’ Melegari (Parma), opened in 1972. The car was equipped with fire extinguishing system for quick action on racing circuits. Very few examples have been made for internal use only. At its time, the members of the CEA racing team were not yet called Leoni (lions). They obtained that nickname only after the Italian Grand Prix of Formula 1 in 1978, in Monza, on the occasion of the accident after which he lost his life Ronnie Peterson.