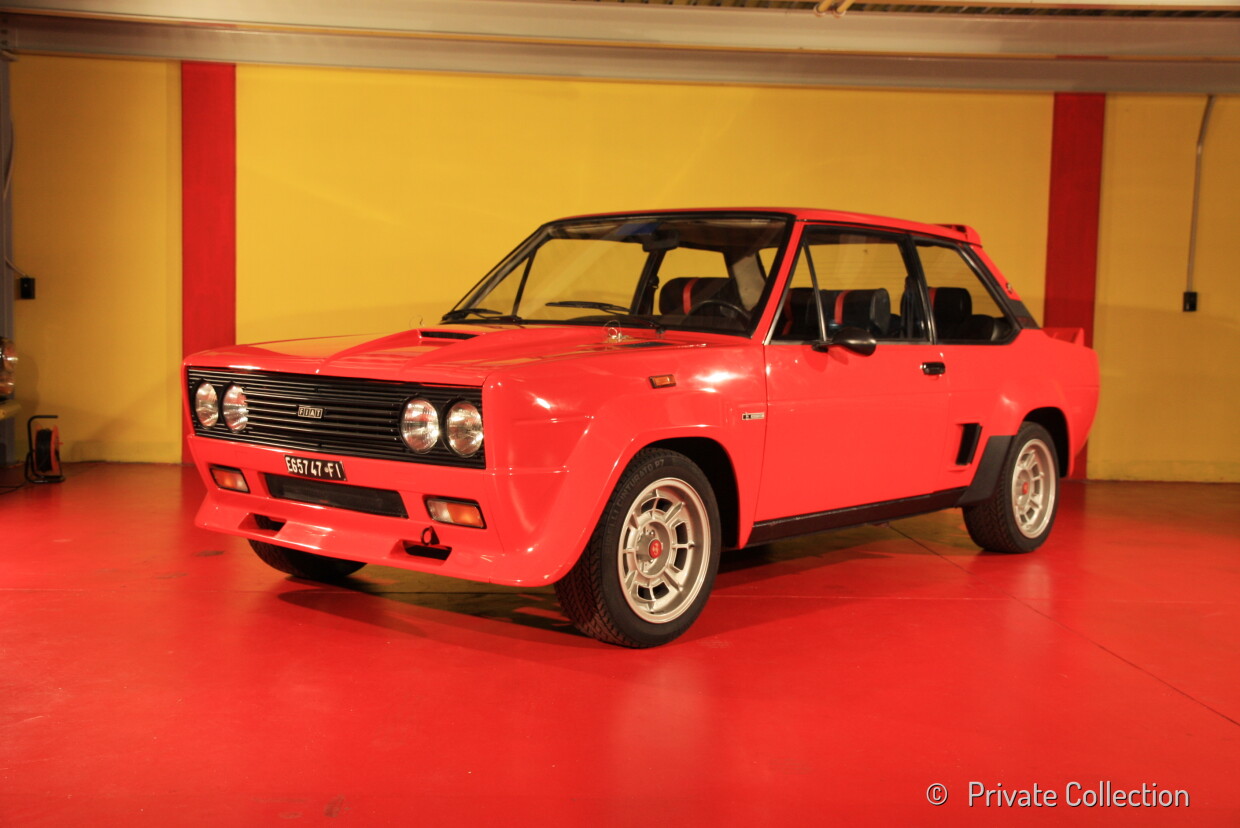 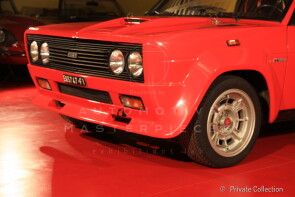 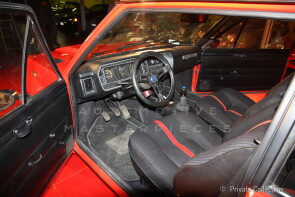 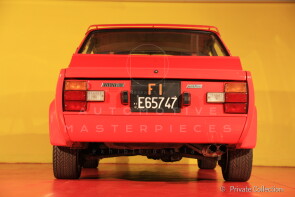 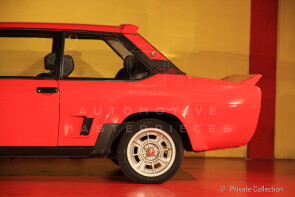 The Fiat 131, additionally called "Mirafiori", was a mid-size family car produced by Fiat from 1974 to 1984. The 131 was the replacement for the successful Fiat 124, and available as a two-door and four-door saloon and 5-door estate. The 131 was given the Mirafiori name after the Turin suburb where the cars were produced. The 131 employed a front engine, rear-wheel drive layout, whereby the engine is longitudinally mounted in the front of the car. The gearbox is directly behind the engine, and a tubular propeller shaft, under the transmission "tunnel", transmits the drive to a solid live rear axle. Initially the 131 came with 1,297 cc or 1,585 cc OHV inline-four engines, of the engine family first introduced in the Fiat 124.
In 1976, approximately 400 Fiat Abarth 131 Rally were built for homologation purposes: 350 were sold by Italian Fiat dealers, 50 were given to Abarth for competitions.

These cars were built in a cooperation between Fiat, Bertone and Abarth, Fiat's newly acquired motorsport division. Bertone took part-completed two door standard bodyshells from the production line in Mirafiori, fitted plastic mudguards front and rear, widened wheel arches, big air dam, roof and boot spoilers and extra intakes on the bonnet and the sides.
To save weight, all body panels except the roof and doors were made of glass-fiber while the side and rear windows were plexiglass. The rigid rear axle was replaced by a fully independent suspension with MacPherson struts to improve road holding regardless of bumps and body roll.
The cars were fully painted an trimmed and then delivered back to the Fiat special Rivalta plant where they received the Abarth mechanicals.

The street version of the car used a Lampredi-designed 16-valve twin-cam unit, now displaced 1995cc derivative of the standard DOHC engine, which equipped with a double Weber downdraught carburettor produced 140 horsepower at 6400 rpm. The gearbox was upgraded to 5-speed. Of course, all-wheel disc brakes were employed.

No tags are available