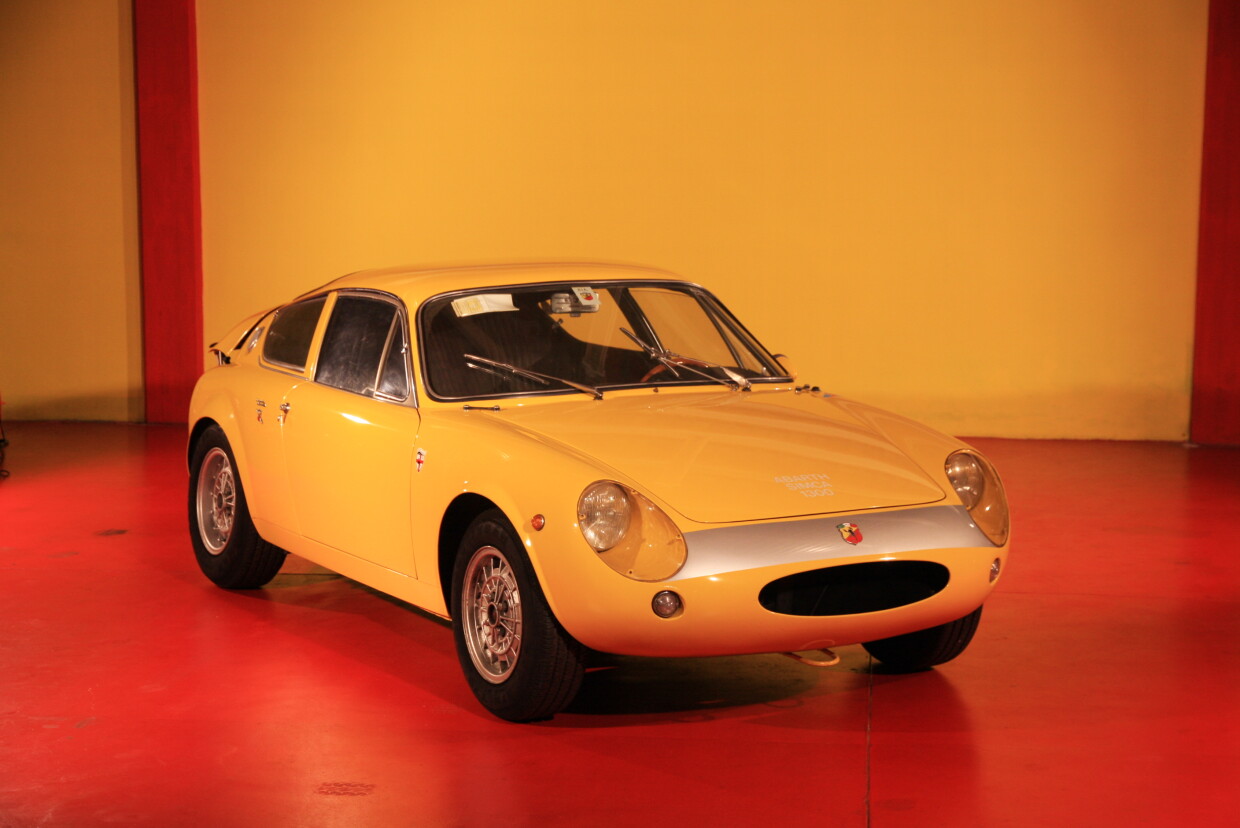 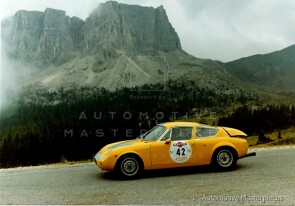 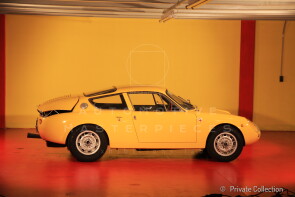 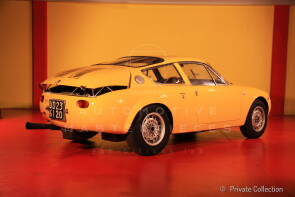 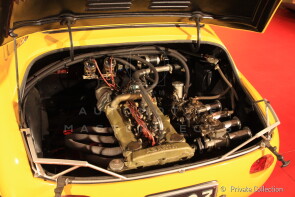 Share on
Owner Private collection
Sometimes called the "unexpected" Abarth, this Abarth Simca 1300 was owned by an Abarth dealer and raced the 1968 Coppa Alpe del Nevegal, ranking 1st in class.

The Abarth-Simca 1300 was the first product born from the collaboration between Carlo Abarth and Simca. The negotiations between the two companies were mediated by the Austrian engineer Rudolf Hruska, who had previously worked with Carlo Abarth at Cisitalia in 1949 and was a technical consultant at Simca in the early 1960s. Simca owner Enrico Pigozzi was looking for a sports partner for his small cars, in order to be able to create racing versions, then he agreed with Abarth to develop a family of cars using the Simca 1000 as a basis. Pigozzi hoped that the collaboration with Abarth could make the Simca brand affirm itself in motor racing. The Abarth-Simca 1300 was based on the floor of the Simca 1000. The chassis, gearbox, steering, front and rear axles were retained. The bodywork, on the other hand, was revolutionized with a new design, which followed the shape and rounded lines of coupé like the Fiat-Abarth 850 and Fiat-Abarth 1000. The project was developed by the chief engineer of Abarth Mario Colucci. To create the aluminum bodywork, Carlo Abarth and Colucci relied on small local companies: from 1963 onwards entirely to Carrozzeria Sibona-Basano, before that to Beccaris, both from Turin. The engine was also completely redesigned and developed by Ing. Luciano Fochi in Abarth. Also mounted at the rear, the displacement was increased to 1.3 liters and the cylinder head was equipped with a twin-cam distribution, with the adoption of two Weber 45DCOE double-barrel carburettors; thanks to these changes it delivered 125 hp. The lubrication was dry sump with two oil pumps and a radiator was mounted in the front. The road version reached a top speed of around 230 km/h. The Simca Abarth 1300 was launched in February 1962 at a list price of Lire 3,300,000. Pending its homologation by the FIA as a Gran Turismo the Simca Abarth 1300s contested the sports category and immediately became dominant within its International category.

This example with Chassis no.130S/0050 was the personal car of Mr. Missaglia, owner of Abarth Trieste dealer, as first owner. It was later raced in 15th September 1968 at the Coppa Alpe del Nevegal, where it ranked 1st in class. During the period from 1975 to 1987 was owned by Roberto Vesco who submitted the car to a complete restoration and painted in its nowadays bright yellow colour.