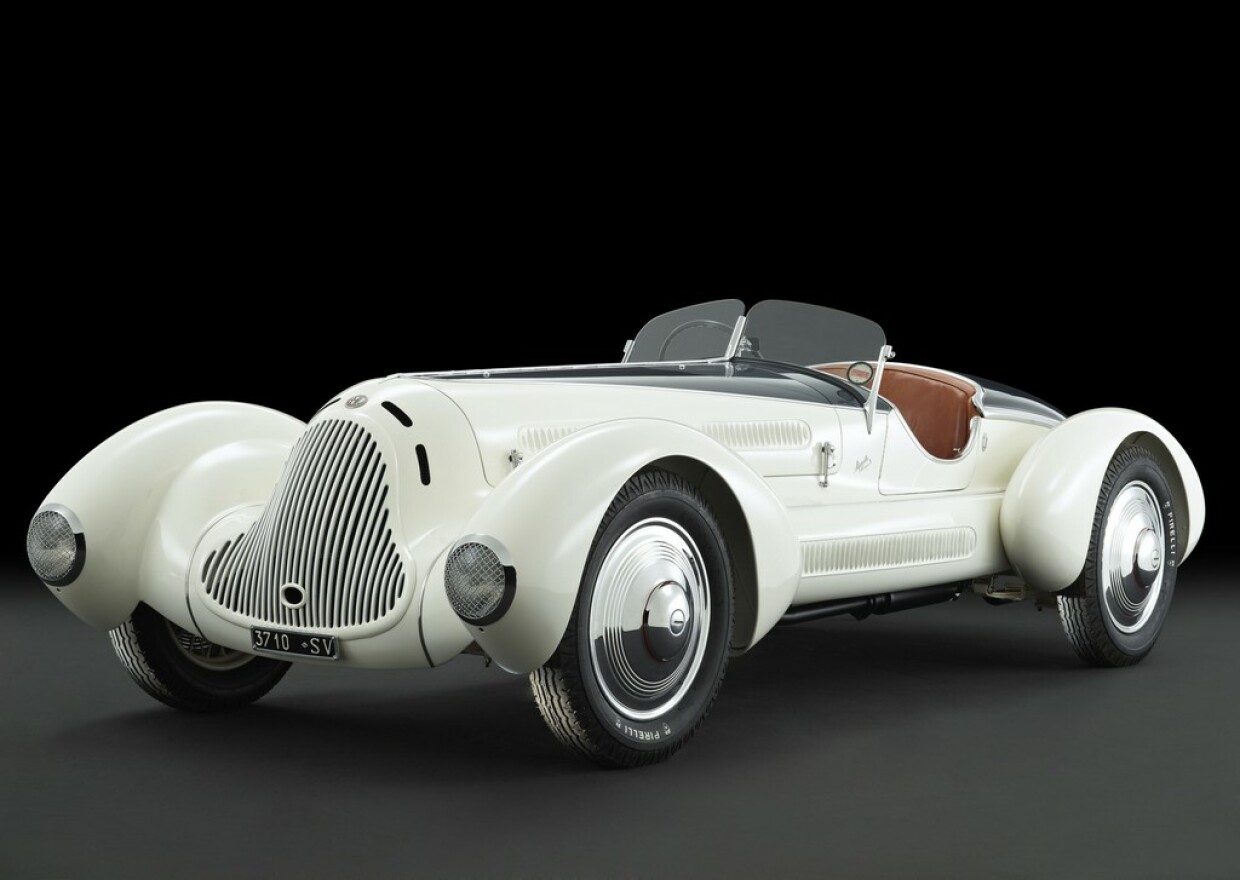 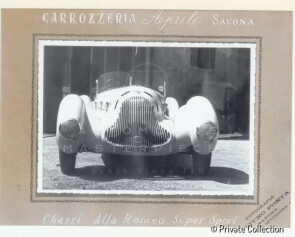 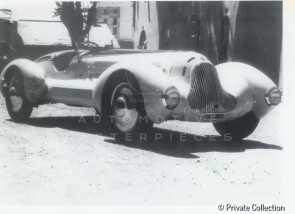 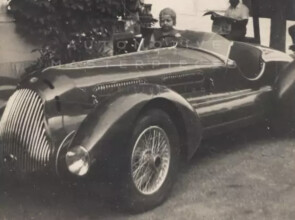 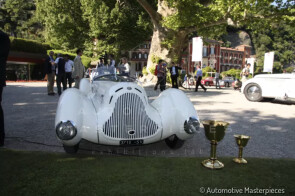 Share on
Owner Corrado Lopresto (IT)
6C 1750 GS born with body by Zagato; in 1938 Carrozzeria Aprile changed it with an aerodynamic shape designed by Revelli di Beaumont. The car raced in the 30s.

In the early 1920s Vittorio Jano received a commission to create a lightweight, high performance vehicle to replace the large and heavy RL and RM models. The Alfa Romeo 6C was a range of road, race, and sports cars produced between 1927 and 1954. The "6C" name refers to the number of cylinders of the car's straight-six engine. Bodies were made by coachbuilders such as Castagna, James Young, Pininfarina, Touring and Zagato. From 1933 a factory Alfa Romeo body, built in Portello, was also available. The car was introduced in April 1925 at the Salone dell'Automobile di Milano as the 6C 1500, since the 2-liter formula that led Alfa Romeo to win the Automobile World Championship in 1925, changed to 1.5-liter for the 1926 season. The production started 1927, with the P2 Grand Prix car as basis. The more powerful 6C 1750 was introduced in 1929 in Rome. The car featured a top speed of 95 mph (153 km/h), a chassis designed to flex and undulate over wavy surfaces, as well as sensitive geared-up steering. It was produced in six series between 1929 and 1933. Base model had a single overhead cam; Super Sport and Gran Sport versions had double overhead cam engine (DOHC) and a supercharger was available. Most of the cars were sold as rolling chassis and bodied by coachbuilders. The 1750 quickly gained a reputation for winning. In 1929, it won every major racing event it was entered, including the Grands Prix of Belgium, Spain, Tunis and Monza, as well as the Mille Miglia, with Giuseppe Campari and Giulio Ramponi. In 1930 it won again the Mille Miglia with Tazio Nuvolari and the Spa 24 Hours. Total production was of 2635 cars.

Born with a spider bodywork by Zagato, this car is a 6C 1750 Gran Sport with compressor, the sportiest version of the Milanese six-cylinder, and it was sold new in Genova in 1931. During the thirties the car ran in some races, like the 1934 Varese-Campo dei Fiori hillclimb and Targa Abruzzo, and changed hands many times. In 1938 the cars was purchased by Giuseppe Aprile, coachbuilder in Savona, seems with some damage. He bought it with the intent of fitting it with a brand new and more modern body. Aprile involved Count Revelli de Beaumont to pen the new lines. The noted designer created a stunningly aerodynamic shape, perhaps following the creative imput of the same Aprile. Soon after the work was completed, Aprile sold the car to a local enthusiast. He carefully hid the car during the War and owned it until 1956. The fourth owner cherished the unique automobile and held on to it for long time during which it was only very rarely seen. The car has always been in the region of Liguria, was changed in color and in some details but has survived to the present day. The work of restoration took two years to complete. With help and collaboration from the Politecnico of Milano University the exact shades of white and blue have been recreated.