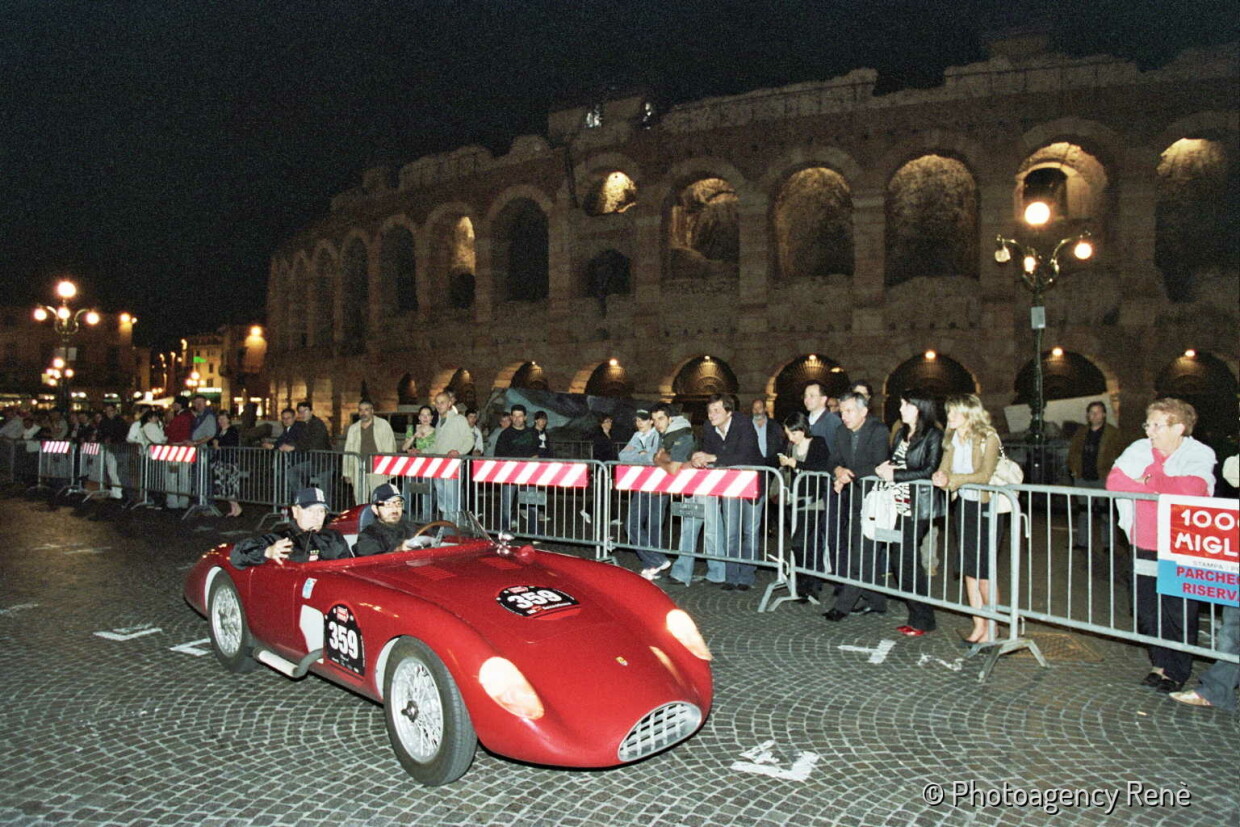 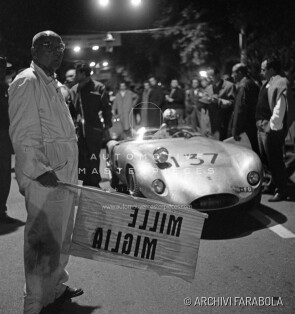 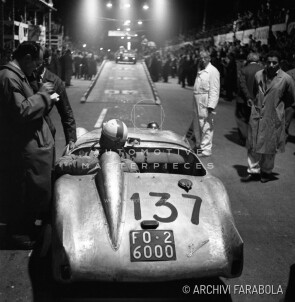 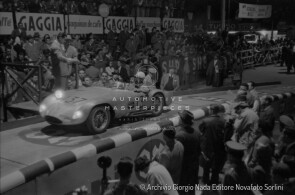 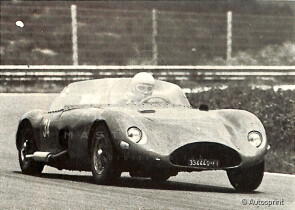 Share on
Owner Private collection
This Bandini, also called simply "Saponetta" (bar of soap) for its shape, ran twice the Mille Miglia in 1956 and 1957. Had a long racing and documented history.

The Bandini 750 Sport Internazionale also called simply "Saponetta", is a racing car built from 1957 until 1961. This new type of car, prepared for the 750 sports category, replaced the production of the "Sport Torpedo". The name "Internazionale" pays tribute to the merits collected overseas by the 750 sports torpedo, while "Saponetta" (bar of soap) was its nickname given by Ilario Bandini for its shape. The chassis construction, while using the same elements as in the "750 Torpedo", changes in size and weight distribution. Increased wheelbase and track width, significantly reduced ground clearance, and considerable lowering of driver position were all accomplished. The Saponetta was born with the engine Bandini-Crosley 750 cc. The engine compartment was enlarged compared to the previous car, allowing from 1959 the housing of the subsequent 850 and 1000 cc engines, the first engines built completely with Bandini transmission chain, whose project is dated 1955. There are also cars that are running with engines Saab and Ford. The rear suspension has been enhanced with an anti-roll and, in some cases, replaced with independent rear suspension. The body in aluminium open two-seater (barchetta) are built in Forlì Italy directly by Bandini. Since the first car, have undergone radical changes in the back: in the first version appeared laterally two vertical fins, some have a truncated tail, in the final model is elongated, low and clean. The front instead appears definitive if not minor differences in the form of the air-intake front, a composition of an ellipsoid and a half circle. Significant between a model and the other is the air vent hot side of the engine compartment, sometimes rectangular smoothed trapezoid, parallelogram single or double. It varies considerably height or shape of the windshield while a mobile bulkhead may be mounted on the cockpit to reduce aerodynamic drag. The same attention was paid to the rear wheels that could be covered half a removable bulkhead. In this respect is curious to see how the rule which introduced the use of roll-bar may have been exploited to create a fairing which seems to have the function of a spoiler. As the model which replaced the "Torpedo", it was much in demand in the United States where it was used both as auto racing that as "out of range" to be submitted to the streets in the city. The "Saponetta", maintained the characteristics of simplicity and lightness while improving road holding and reducing drag, features which were exploited in motordromes such as the famous Daytona circuit and the high-speed Track of Monza. Despite not lacking in success in the USA, uphill races, and Italian circuits, the "Saponetta" was initially penalised by the rapid changes in regulation. The new engines proved fast and successful, able to compete with higher displacements, collecting victories up until 1965. Today, nine "Saponetta" remained.

Chassis 159 was built in 1956 and not in 1953 as is apparent from the documentation relating to the plates; this is because Ilario Bandini often used the same plates and the same chassis numbers for registering different cars. It ran the 1957 Mille Miglia led by Bruno Garavini, with a 750 cc Bandini-Crosley (second series) updated especially in the head (identifiable by the ignition distributor mounted between the two camshafts and the tapped covers inclined at 45° with pronounced longitudinal ribs). The car has many details that characterise the cars driven by Ilario Bandini. The small air intake just in front of the windshield on the left side (the function of which was to cool the feet of the driver). The air intake atypically double on the left side of the car and the one in the elongated shape on the left side of the car. There are elements that suggest a previous installation of a roll-bar, and that makes the car was prepared to mount engines of 750 cc or 1000 cc from the outset. In 1964 the car was sold with the truncated tail, without the head fairing and ran some races. A Ford 105E engine (ex Anglia) was fitted. During the 60s the owners made some changes to the bodywork. The car was back at the origin of the body at the end of the 80s, and a similar original engine was fitted in the 90s.